Ahead of World Book Day, we take a tour around wedding venues in Glasgow, Edinburgh, Lanarkshire, Fife, Aberdeenshire and Skye that have links to literature. The next chapter of your relationship could well start here…

Glasgow favourite Òran Mór wears its literary connection on its sleeve (or rather, its roof): this converted church features a celestial ceiling mural by acclaimed Scottish author and artist Alasdair Gray, with stained-glass windows completing the stunning look.

Not only is this 14th-century crenellated mansion storybook gorgeous, it’s also located right in the heart of rural Aberdeenshire, the setting for Scotland’s most famous trilogy, Lewis Grassic Gibbon’s A Scots Quair. With an on-site chapel plus rooms for dinner and dancing, the story of your wedding can be its own three-parter, too. 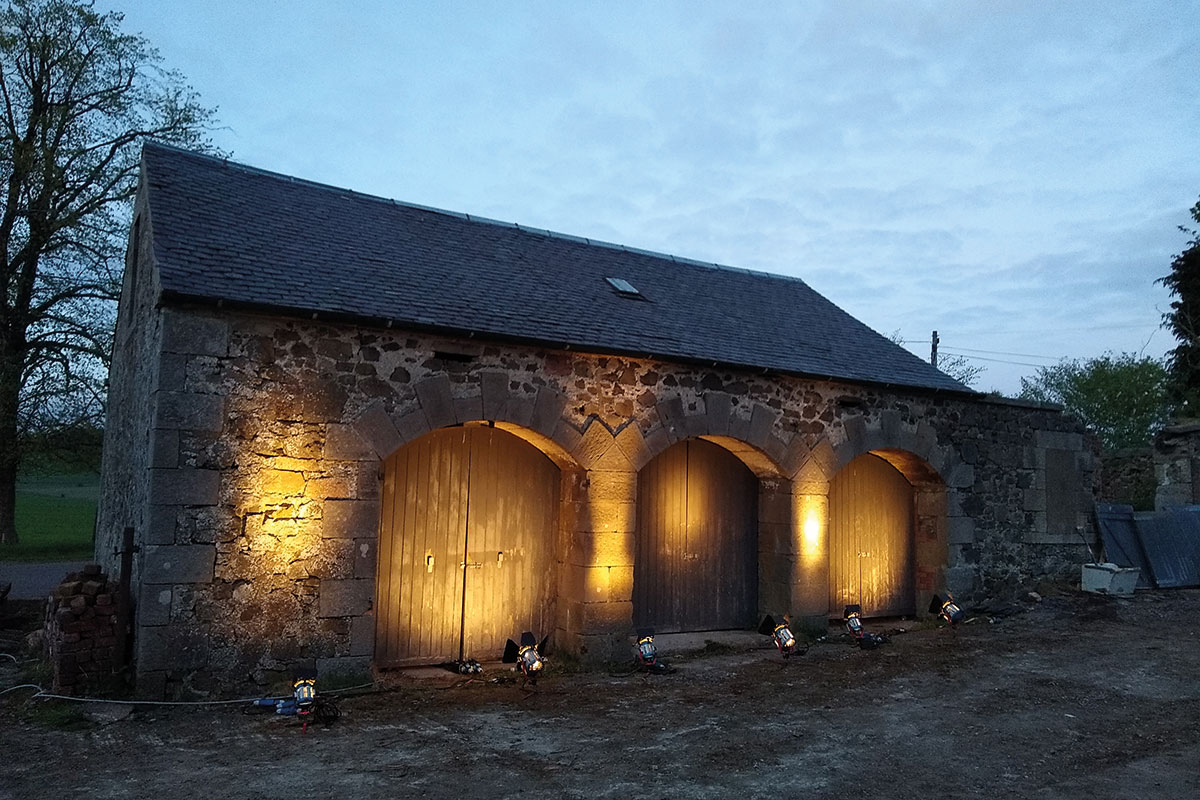 Green-fingered fans of non-fiction, this one’s for you: rustic Lanarkshire venue Cormiston Farm, nestled within mature gardens and woodland, was once the home of Sir William Sommerville. Known as ‘the father or modern agriculture,’ he authored a number of influential books on farming.

Royal College of Physicians of Edinburgh (below right)

It may be called the New Library, but don’t be fooled – this book-lined Victorian gem in the heart of Edinburgh is steeped in history. With room for up to 150 for the evening party and overlooking balconies, a library has never looked so lively.

In its 800-year history, Skye’s Dunvegan Castle has welcomed many starry guests, including literary legends Sir Walter Scott and Samuel Johnson – and now it’s your turn. This exclusive-use venue has options to marry inside one of the castle’s principal state rooms or outside in the Round or Walled Gardens, weather permitting. 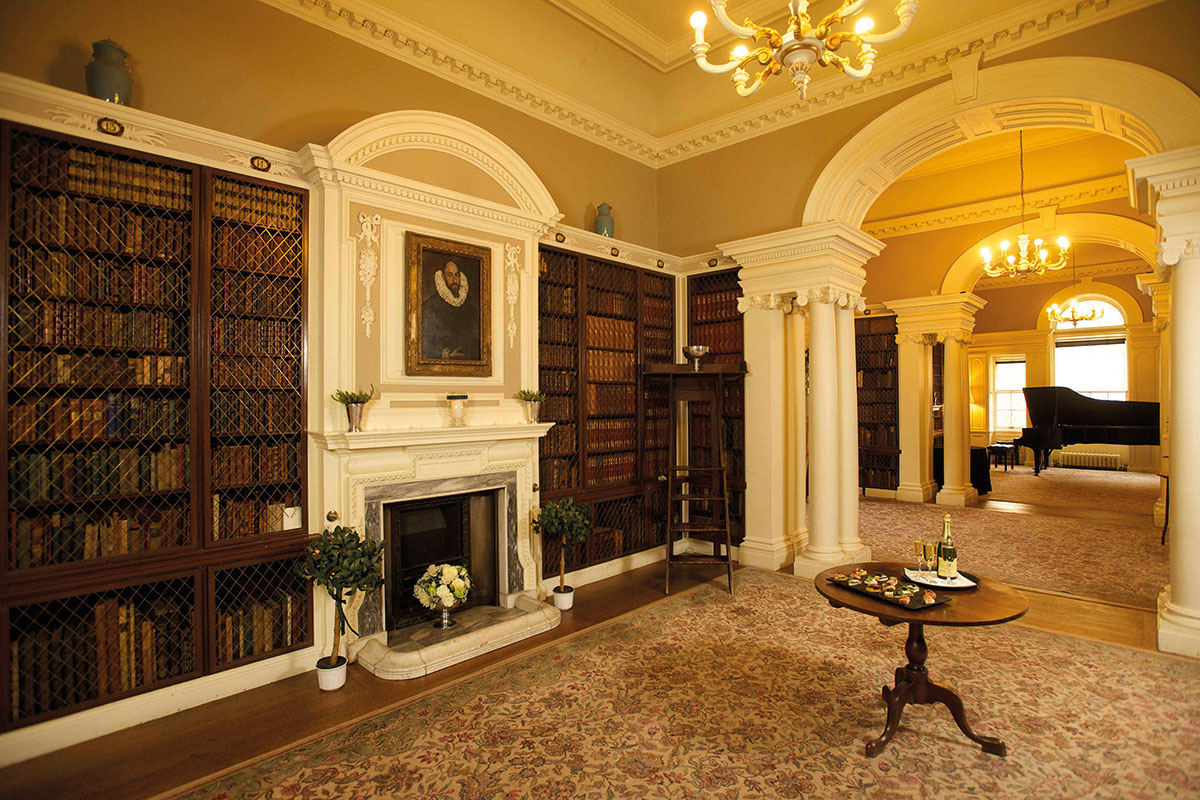 Book lovers adamantly insist that film and TV adaptations never live up to the original. However, with scenes shot in the stunning grounds of Pollok House in Glasgow, we reckon the TV adaptation of the Outlander book series might just prove them wrong.

With names straight out of a Gothic novel, subterranean Old Town venues, The Caves and The Rowantree have, over the years, played host to an unlikely cast of characters, from Edinburgh’s poorest residents to literary greats including Rabbie Burns and Robert Louis Stevenson. If these walls could talk…

Spend a quiet moment during the big day gazing across the Firth of Forth from this North Queensferry venue and you’ll see why Robert Louis Stevenson was inspired to set a scene from his novel Kidnapped across the water in South Queensferry. Even if you don’t write a great work of literature, at least you’ll get fab pictures.

It’s hard to pick a favourite room in Haddo House, but the library is is certainly up there. “The space retains its original 19th-century decor, including chandeliers, sweeping drapes and rich cedar and ebony bookcases and can be used for wedding ceremonies and dining for up to 80 guests,” explains The National Trust for Scotland’s Rebecca Sloan. 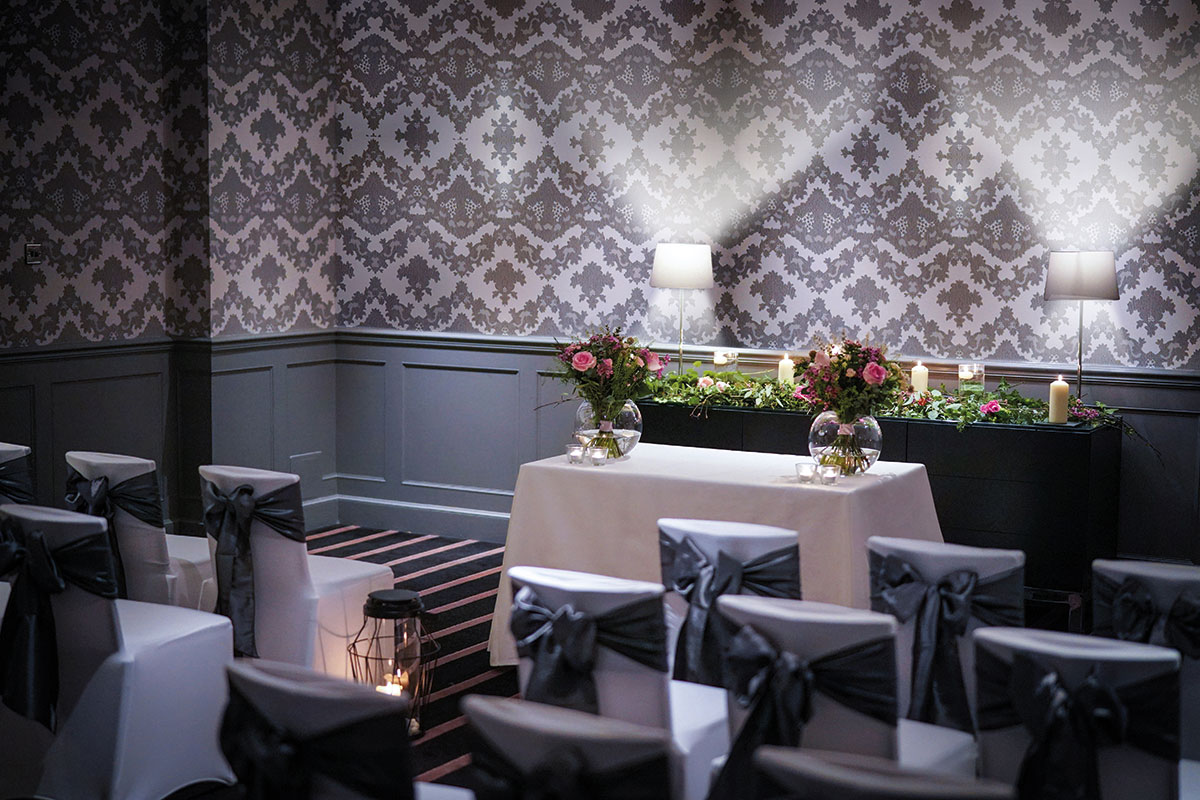 If you like your fiction a little edgy, chances are you’re a fan of Irvine Welsh’s Trainspotting, set in ’90s Leith. It’s fair to say the area has had a facelift since then, as this glamorous venue proves.

It’s a take over: 12 amazing exclusive-use wedding venues in Scotland for 2022

Hot prop-erty: what are the latest trends in wedding venue decoration and styling?

Paint your own picture: 11 artistic and architectural wedding venues in Scotland