With two royal weddings on the cards this year, we pick out a selection of venues favoured by monarchy old and new 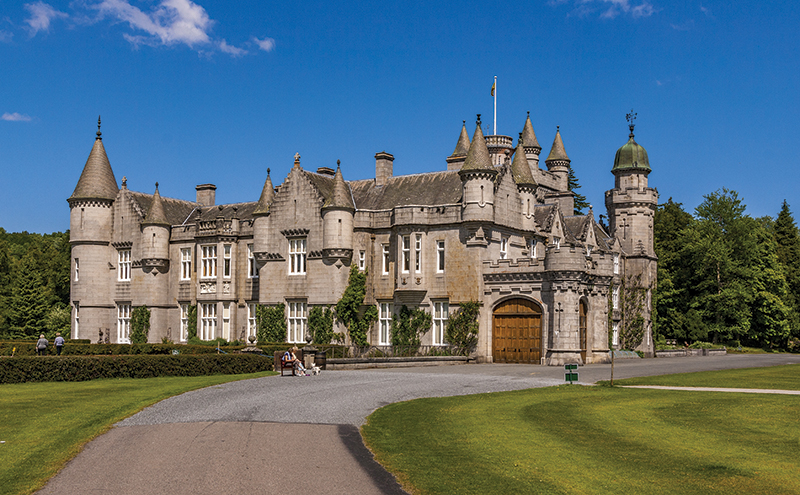 We couldn’t leave Balmoral off this list, could we? Available for wedding receptions between November and March, it has been the Scottish holiday home of the royal family since 1852, when Queen Victoria ventured north and fell in love with the Highlands. 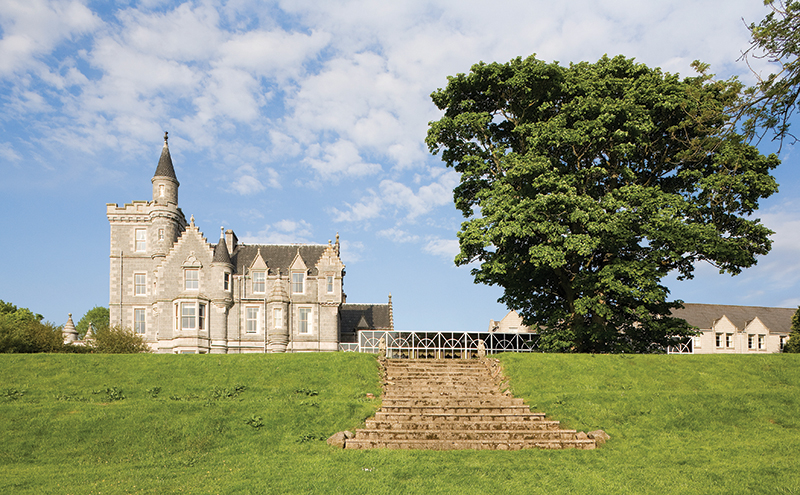 Is there any other house in the whole country quite so favoured by monarchs as Perthshire’s Scone Palace? Robert the Bruce, Charles II, Mary Queen of Scots, Marie Antoinette, Queen Victoria and Queen Elizabeth II were just some of its famous visitors. 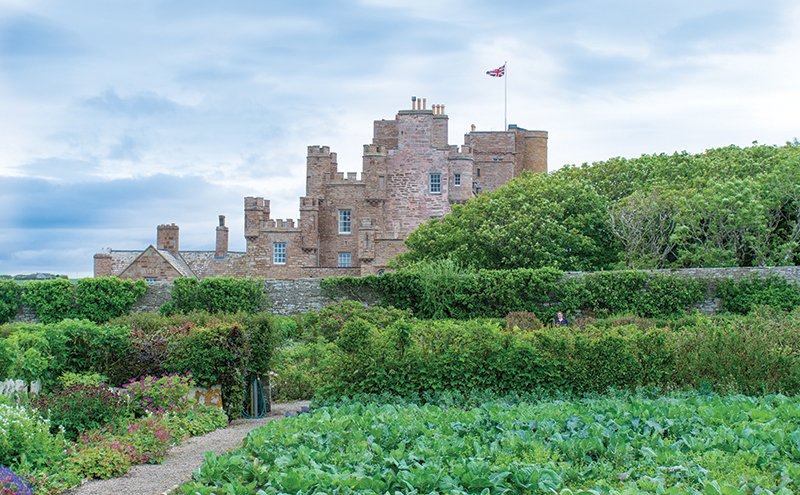 It’s pretty obvious that the royal family are fond of Scotland, and many of them have their own favourite area. The Castle of Mey was the Queen Mum’s official home in Caithness. She fell in love with the place after her husband’s death, restoring it to past splendour. 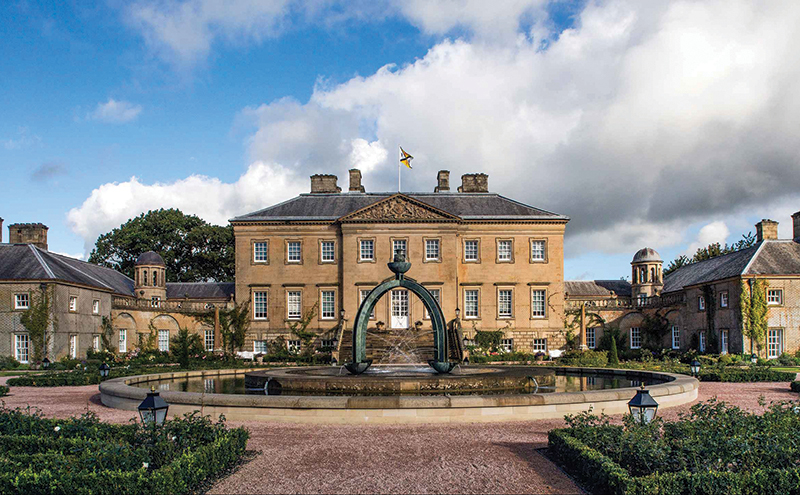 We’ve got Prince Charles to thank for keeping this Palladian palace alive. He donated £20 million of his own dosh in 2007 to help pay for renovations to Dumfries House, saving it from closure.

Royal College of Physicians of Edinburgh 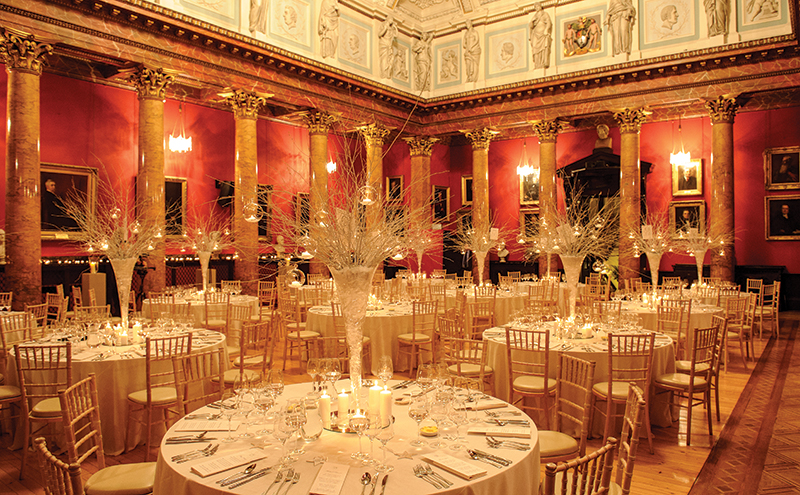 Queen Elizabeth the Queen Mother was guest of honour at this Edinburgh venue in May 1986, cutting the tape for the opening of the eponymous Queen Mother Conference Centre at the Royal College of Physicians of Edinburgh. 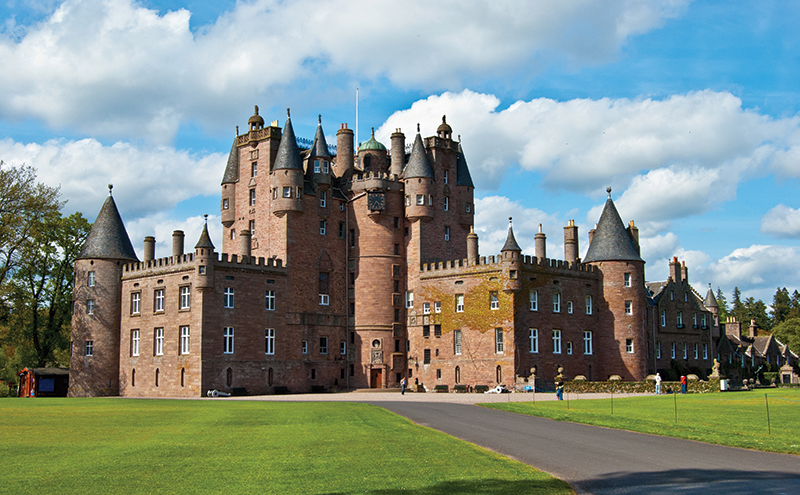 Few could forget the fascinating Princess Margaret. We’ve found another reason to love the Queen’s glamorous younger sister – she was born in Scotland. The royal baba was welcomed into the world in Glamis Castle on 21st August 1930. 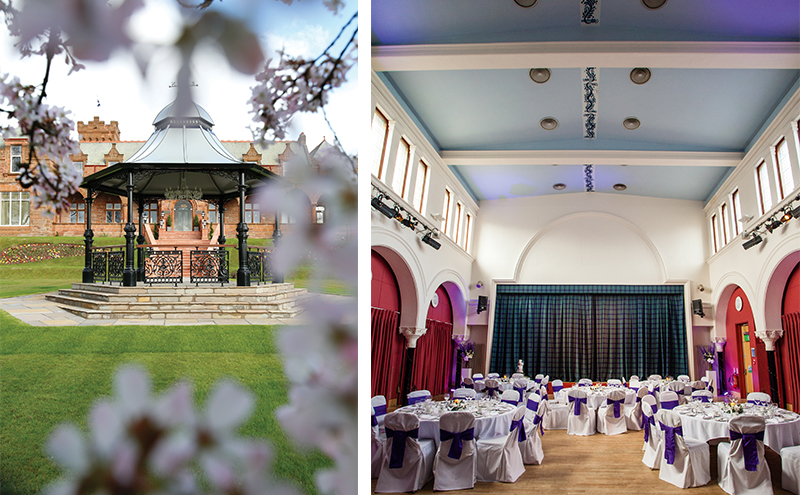 Before Boclair (left) was turned into a glamorous wedding venue, it served as the grand home of the local council. Two years after it was acquired, Princess Margaret was there for the official opening ceremony on 3rd May 1962, with her husband, Lord Snowdon.

Not every Glasgow wedding venue boasts a princely patron, but The National Piping Centre (right) does – and theirs is none other than Prince Charles. 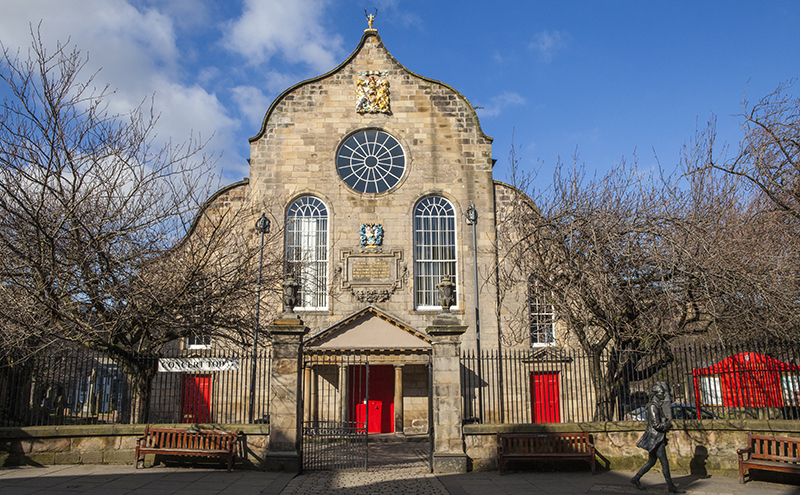 Not all those of blue blood tie the knot at Westminster Abbey or St Paul’s Cathedral. Zara Tindall, our favourite equestrian and 16th in line to the throne, married hubby Mike at Canongate Kirk in Edinburgh, before heading to Holyroodhouse for the reception. 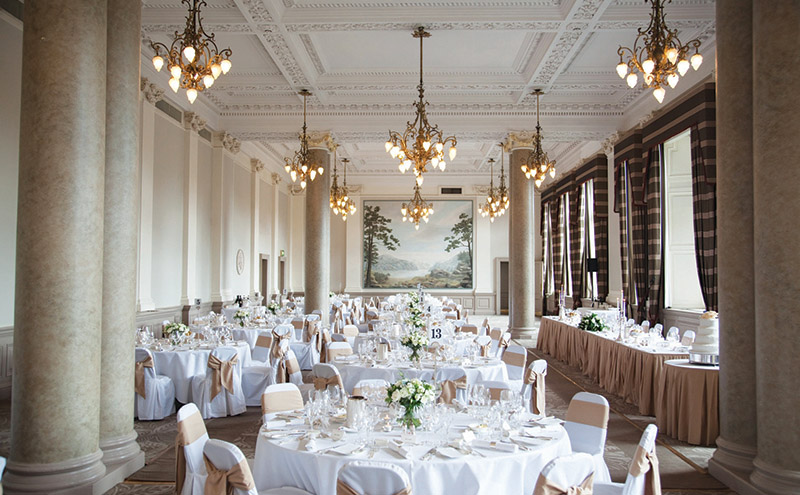 We have this preconceived notion that the Windsors tuck into lavish banquets every night. Not so: when the Queen Mother stayed at the Balmoral in Edinburgh, her fave supper was plain roast lamb. 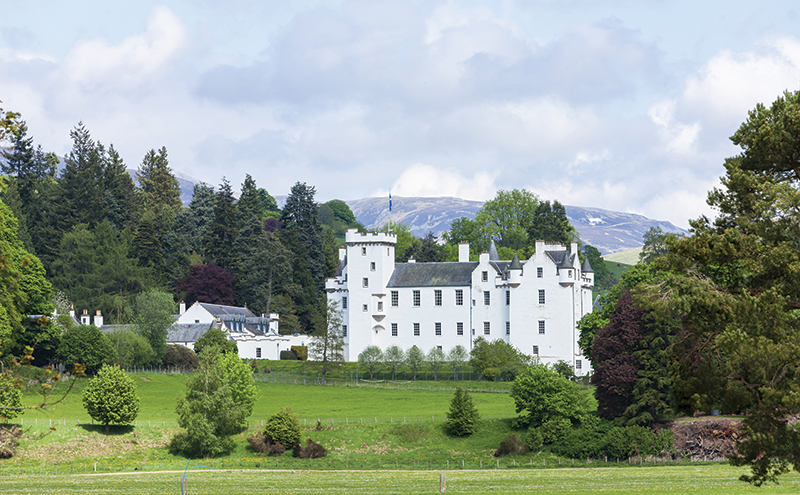 We’re not done with Queen Vic just yet! She and hubby Albert stayed at Blair Castle in 1844 after she gave her permission to establish the Atholl Highlanders, a ceremonial infantry regiment. 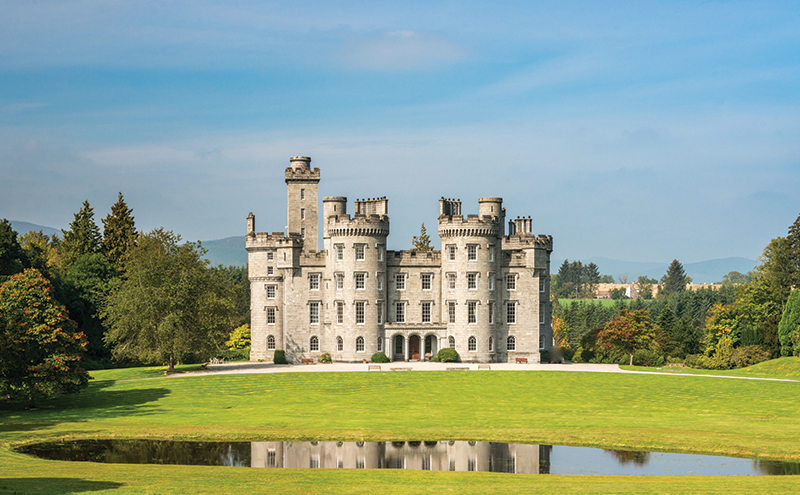 Way back in the 1300s, the grounds on which Cluny Castle now proudly stands were granted by Robert the Bruce to his sister Mary’s husband, Alexander Fraser.  The foundations of the castle itself were laid in the 1500s, and the fortress has kept its majestic air. 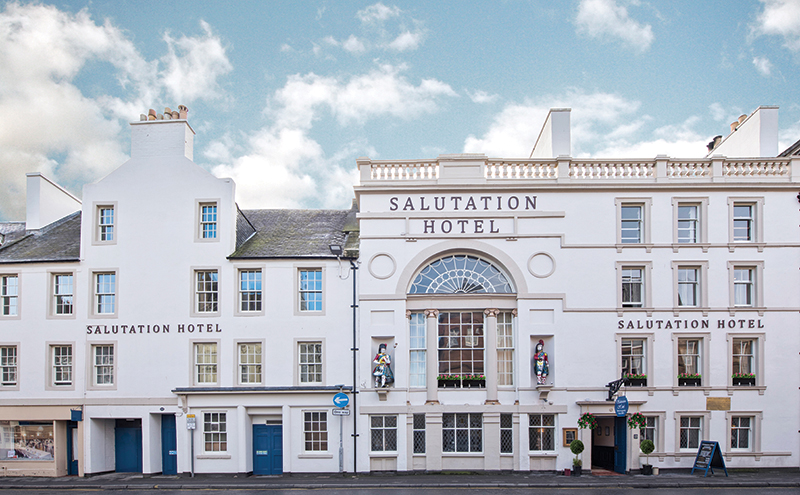 Perth’s Salutation Hotel is reportedly one of the oldest hostelries in Scotland – so old, in fact, that one of its most infamous guests is none other than Bonnie Prince Charlie. The Jacobite leader bedded down for the night there in 1745. 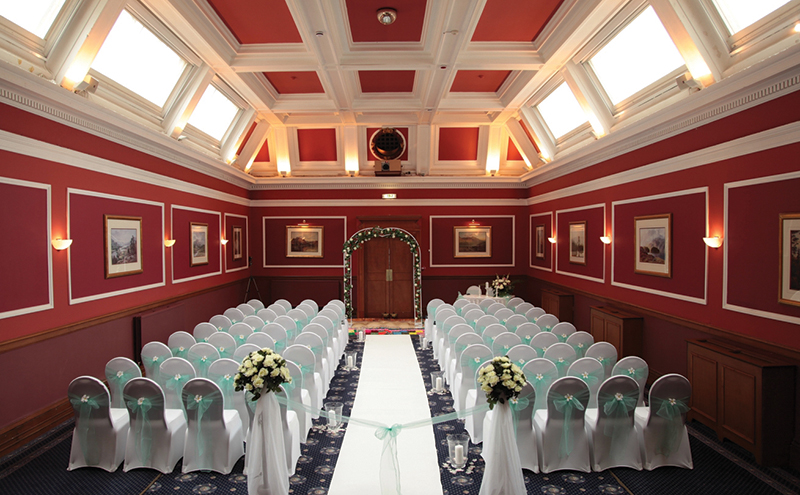 The Royal Scots Club in Edinburgh has regal links that extend beyond its name. The Queen’s aunt, HRH the Princess Mary, led the club’s official opening back in August 1922.

A genuine fairytale took place at St Andrews University in 2001 when a young Prince William met a certain Kate Middleton in the halls of residence. The rest, as they say, is history. 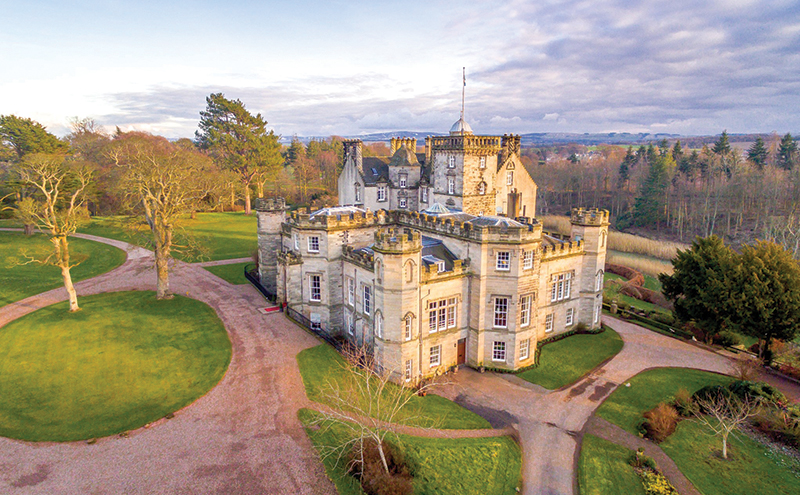 Winton Castle has had many royals on its grounds. In the 16th century, Henry VIII had the place burnt down to scare Mary Queen of Scots. More recently, Camilla, Duchess of Rothesay, popped by to celebrate Scotland’s Gardens 85th anniversary. 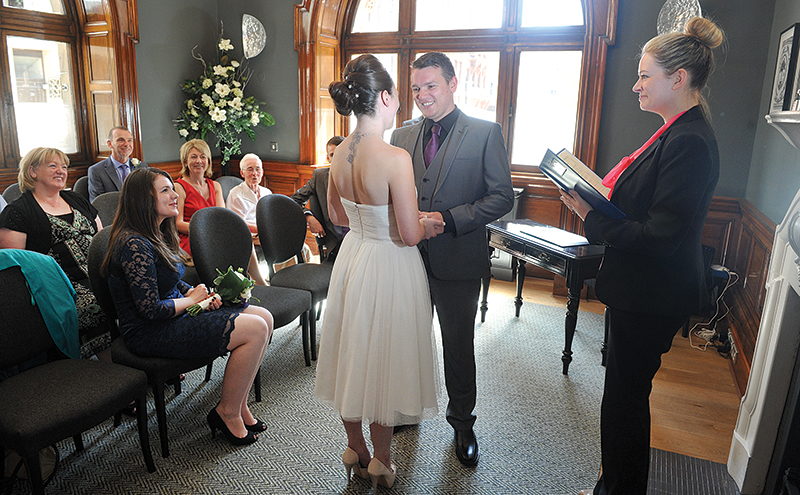 If you’ve been glued to the ITV series Victoria, you’ll have noticed the monarch didn’t half get around the country. She was often in Scotland, on one occasion in 1888 opening the Glasgow City Chambers building. Part of it, 23 Montrose Street, is today a fine wedding venue – and there’s even a sculpture of Victoria on the main façade.

Guests tuck into a doughnut wall at Ingliston Country Club

Ten castle wedding venues in Scotland you need to know