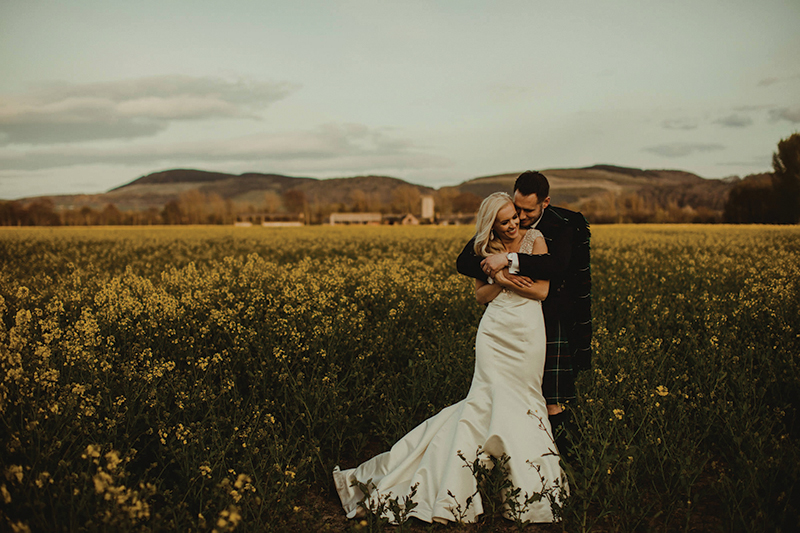 We chose Errol Park in Perthshire as our venue simply because we fell in love with it. From the grand main house (which has a spectacular staircase for the ceremony) to quirky converted stables (perfect for our reception ceilidh), it offered everything we wanted and more.

The venue was a blank canvas, so we made a lot of the decoration ourselves, including wooden signs dotted around the grounds, a tree swing, ruffle balls for the reception area, chalkboards with calligraphy, centrepieces with wooden vases and teacups filled with candles. We even set up an area for a ‘toss the welly’ game.

Our humanist ceremony was particularly poignant. Morag Webster of Fuze Ceremonies was our celebrant. We were involved in writing the story of how we met, choosing the readings and noting three things we love about each other. The latter were written secretly from one another and only revealed on the day.

There were a few giggles in the crowd during the ceremony when Bruce said his full name: Bruce Wayne Hamilton Mackenzie. I must admit, I really  liked saying ‘I take Bruce Wayne….’

I run Glasgow-based wedding bakery A-Cakes, so my cake was bound to be my favourite wedding detail. It turned out much bigger than I had anticipated, measuring in at five feet tall! I started crafting the sugar flowers seven months before, so it was a real labour of love putting it all together. I even incorporated a bat symbol on the back for Bruce’s more famous alter-ego!

My eight-year old little brother played the piano after dinner. He showed no nerves at all. He had learned Pachelbel’s Canon in D for three months beforehand and performed it with no sheet music. His performance had a lot of guests in tears.

To round off our perfect day, we had firepits outside with marshmallows for toasting, sparklers and blankets to keep everyone warm. 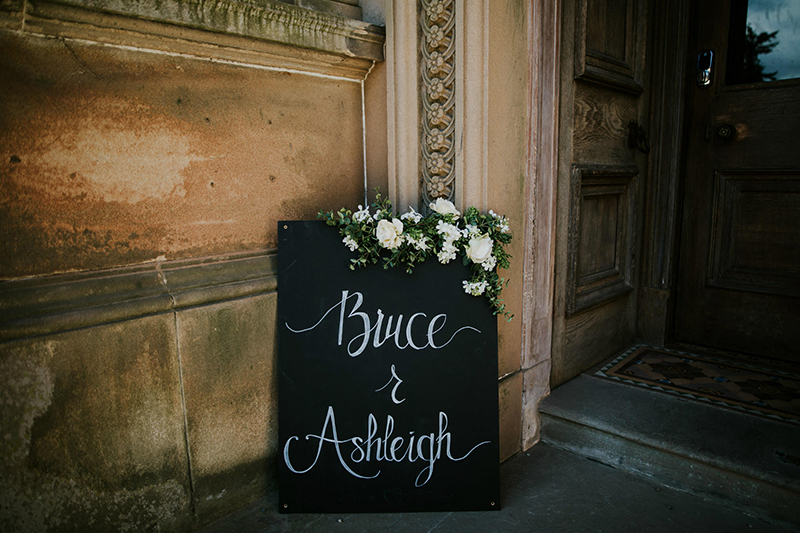 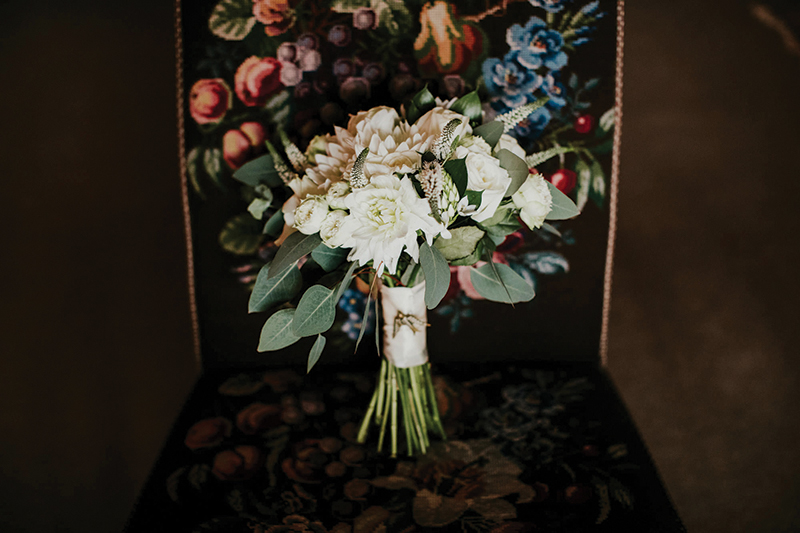 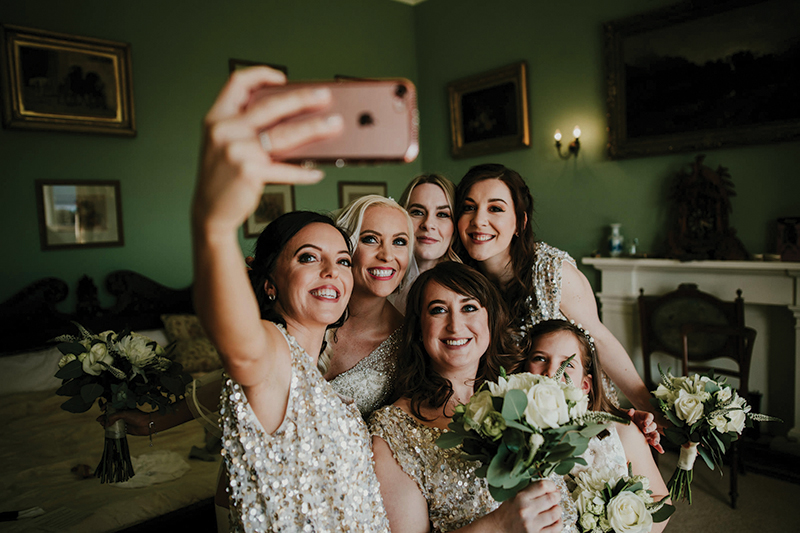 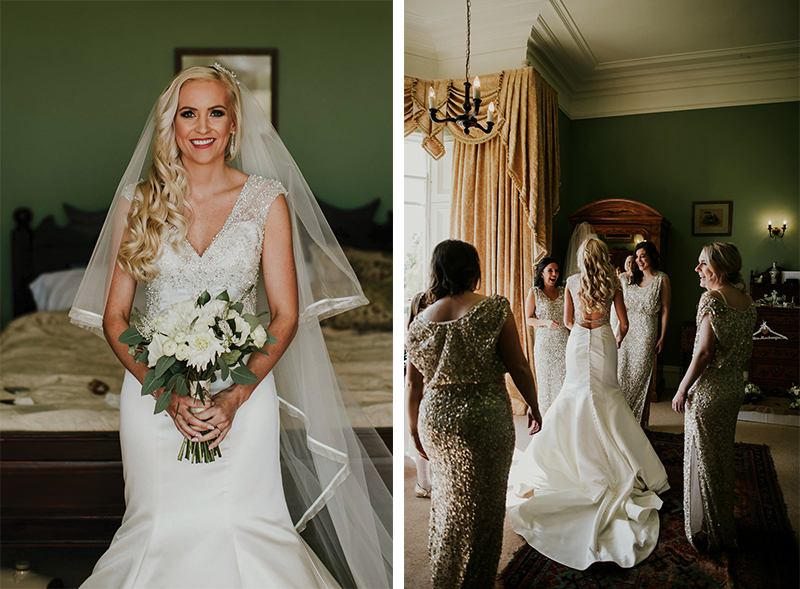 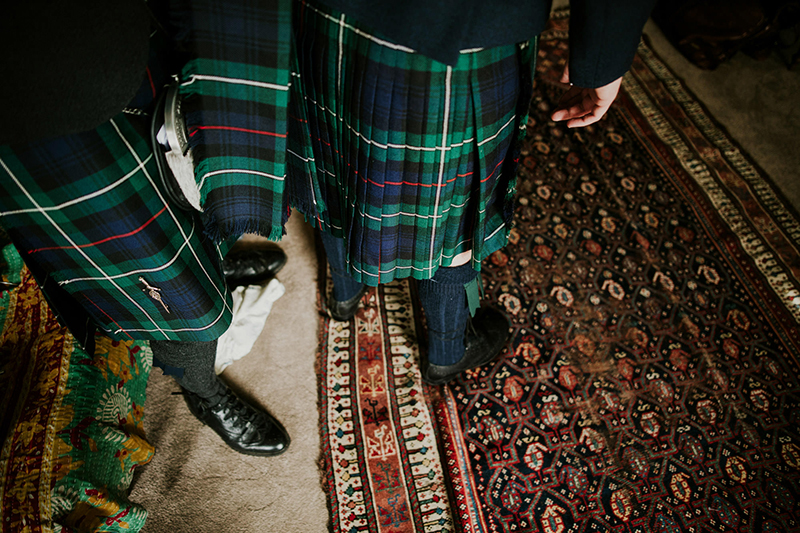 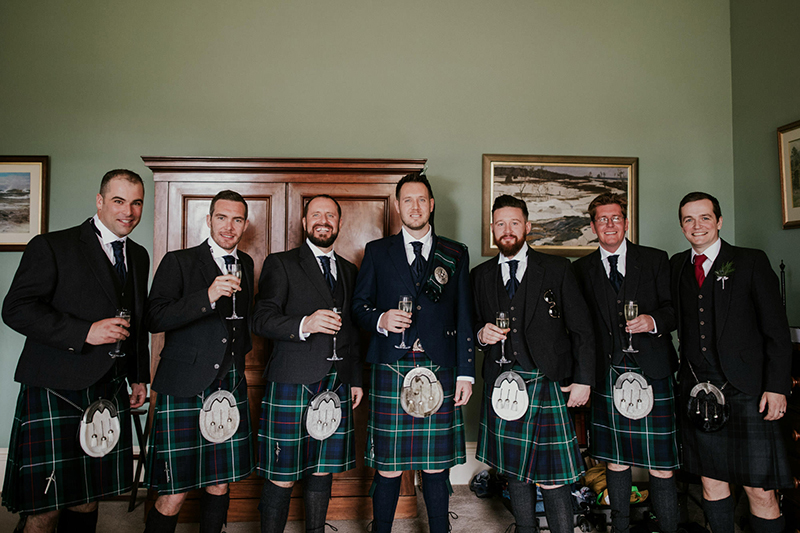 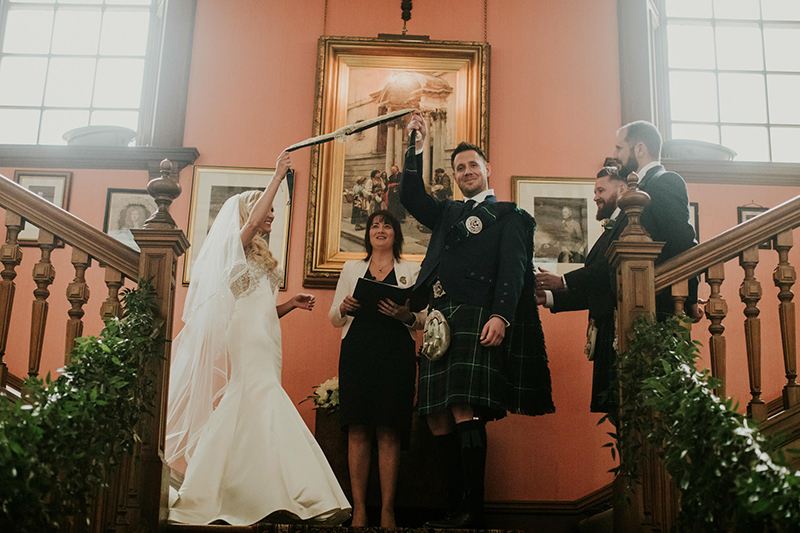 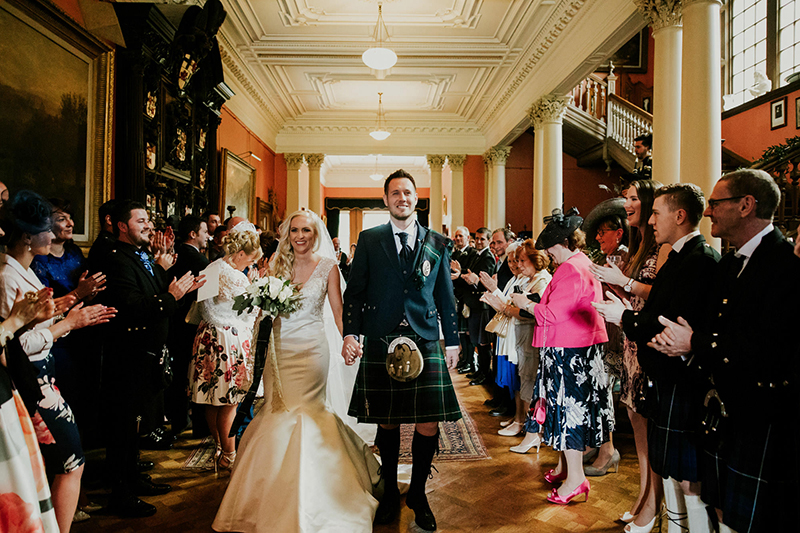 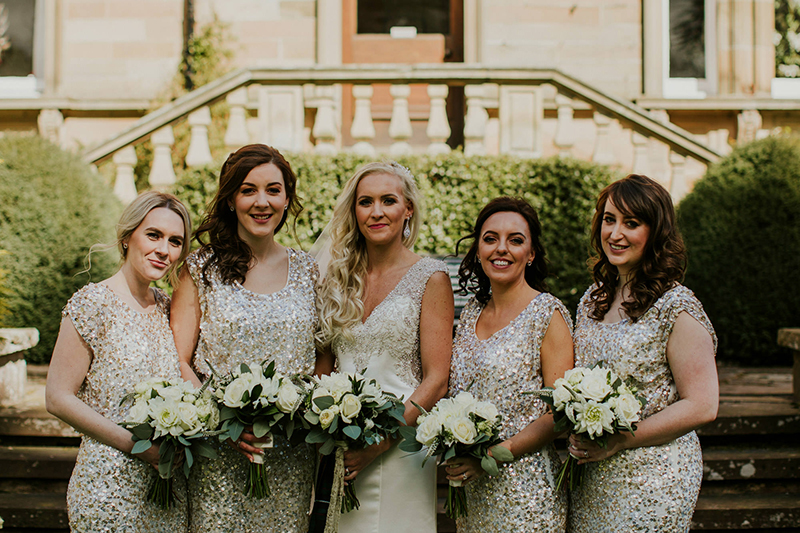 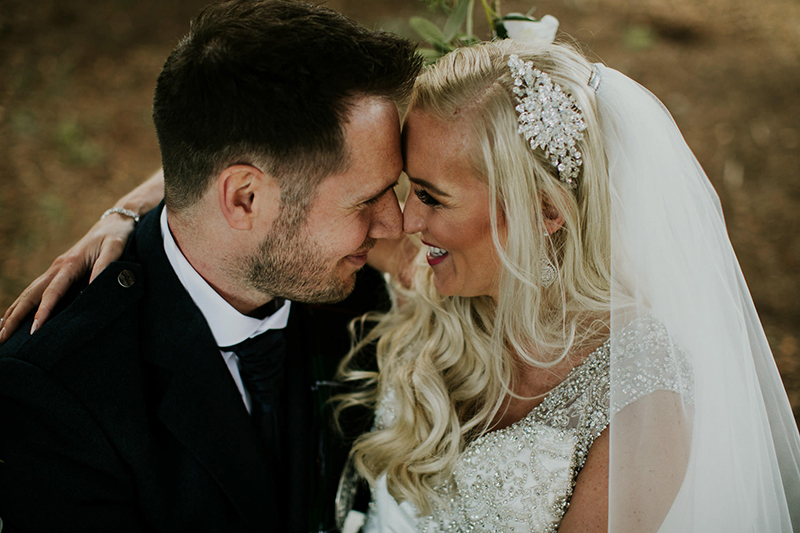 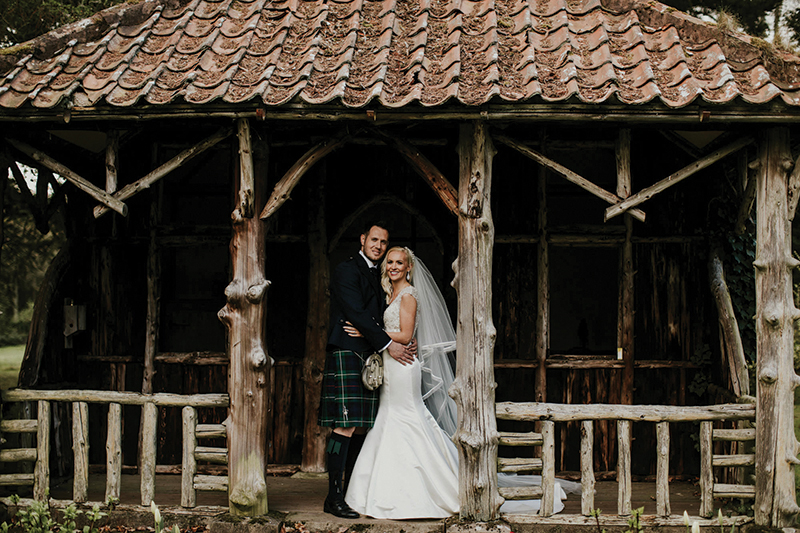 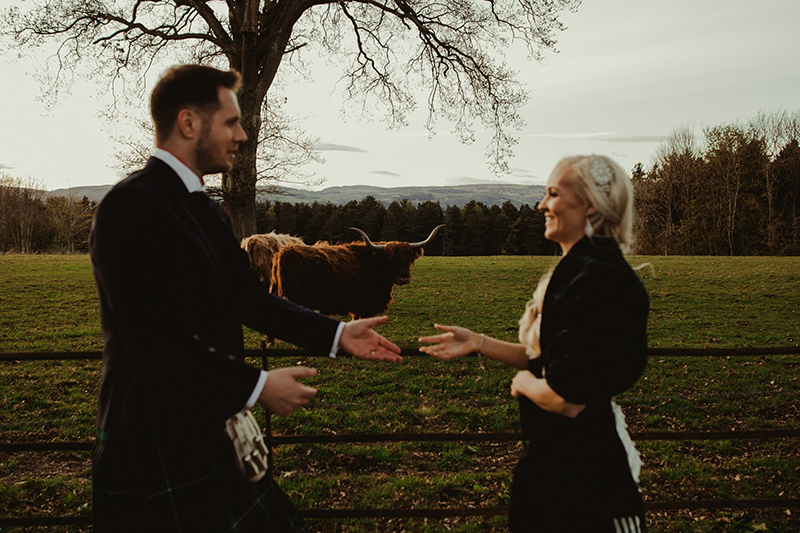 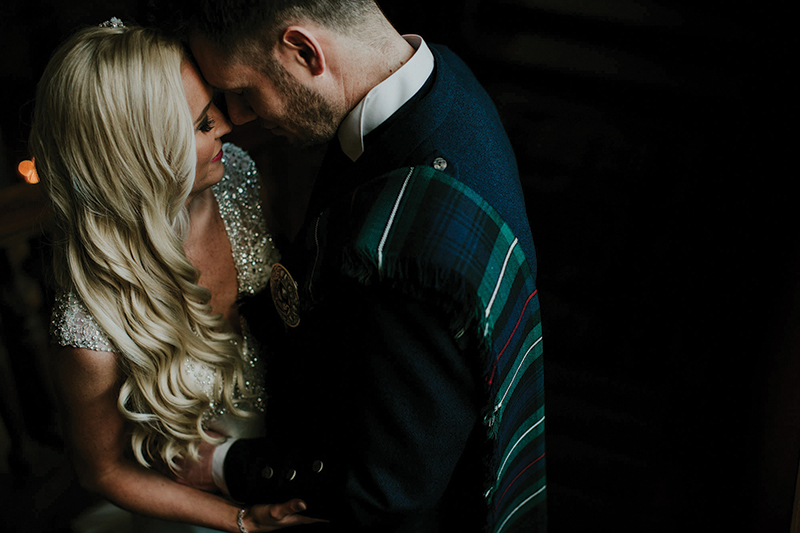 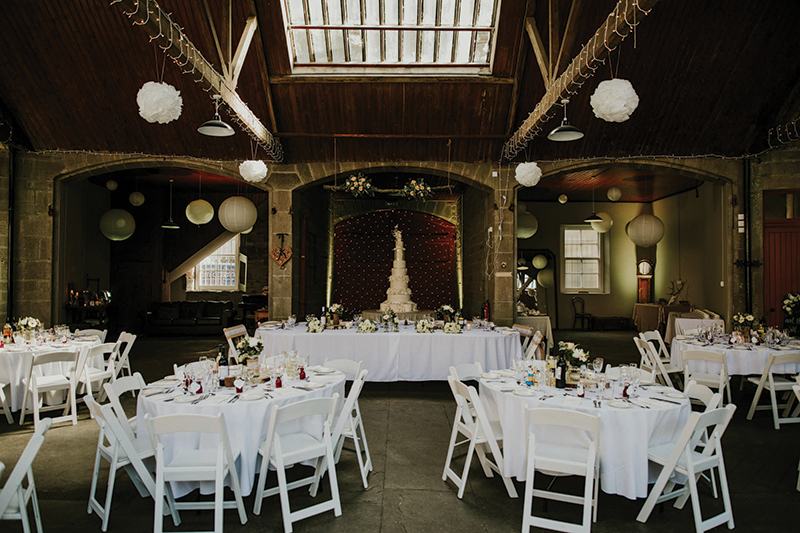 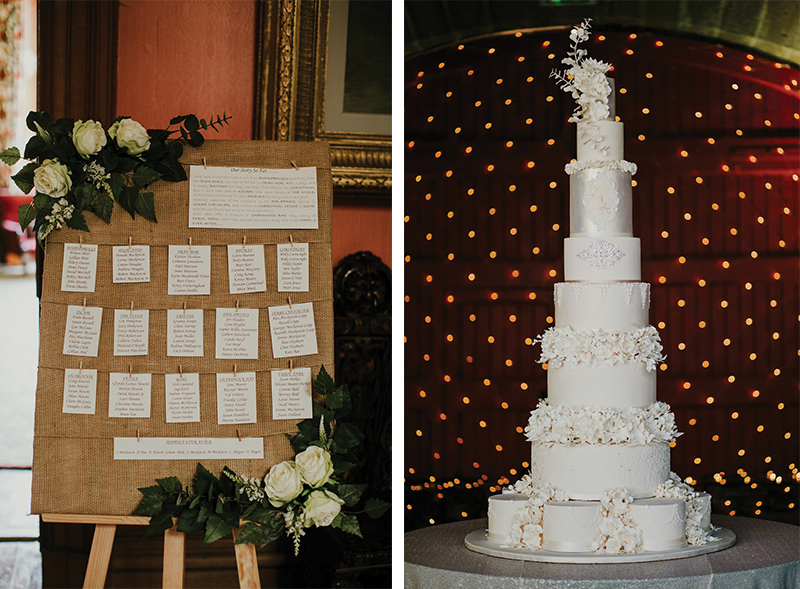 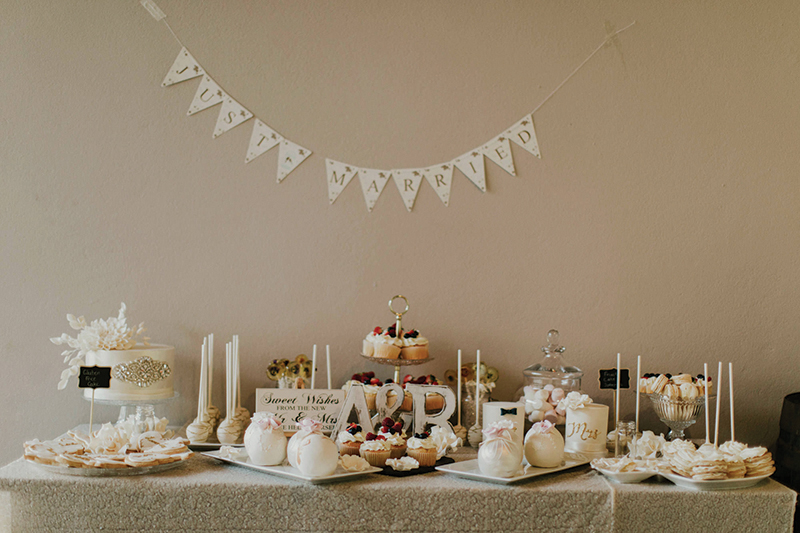 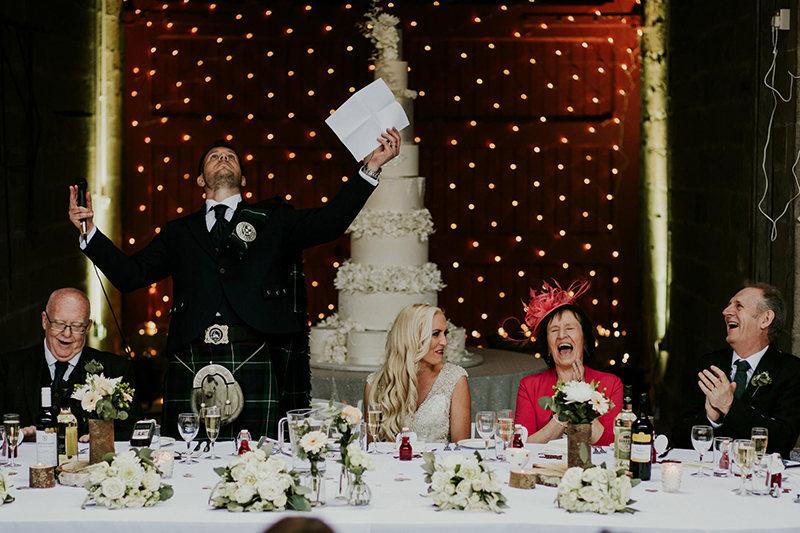 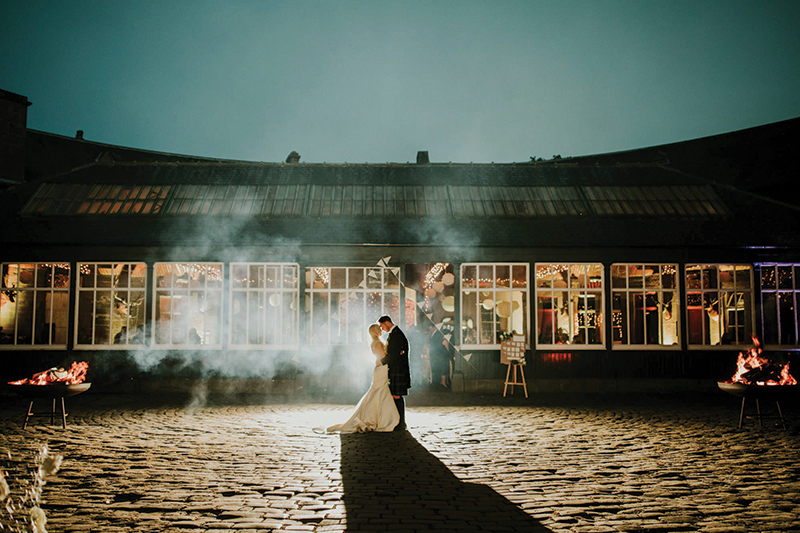 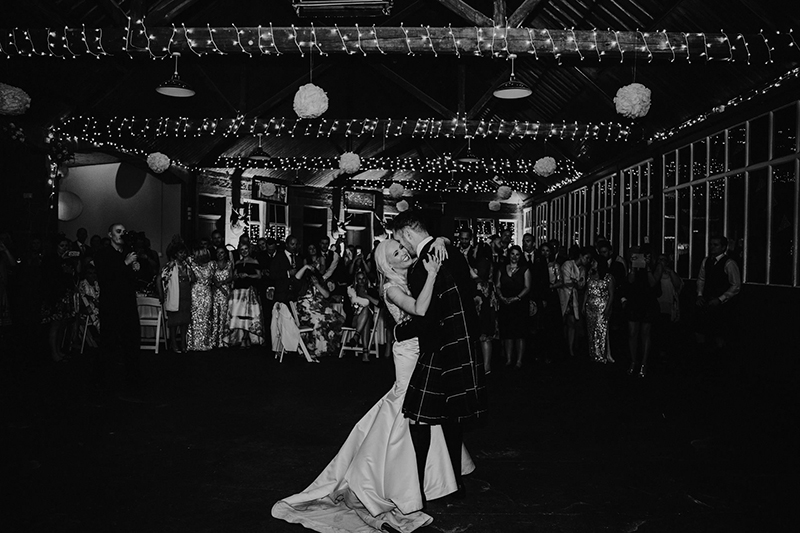 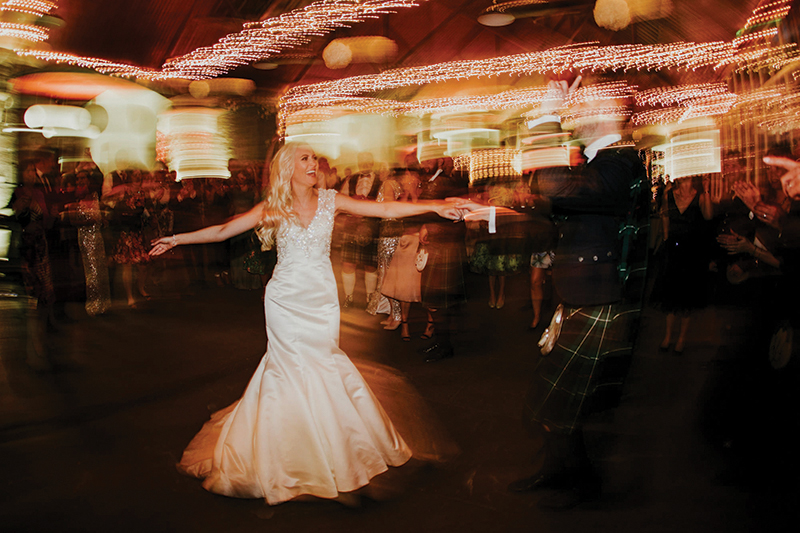