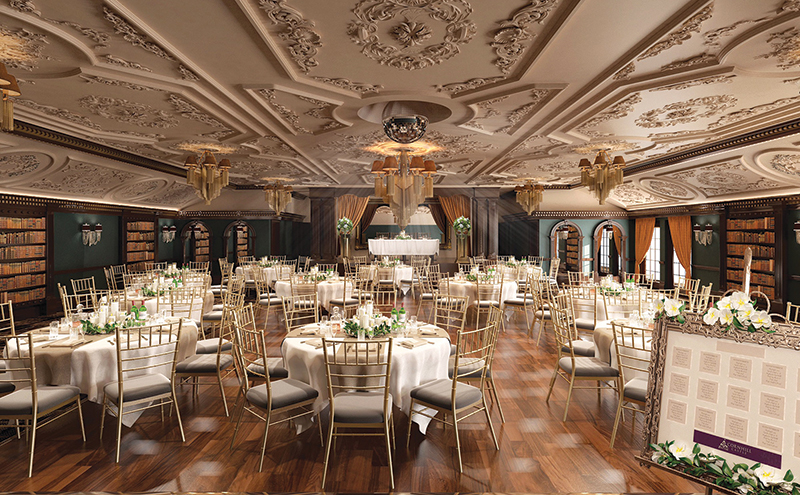 Cornhill Castle has opened its beautiful new Grand Ballroom, and it has taken this already stunning wedding spot to another level. The Biggar venue’s latest addition comes as part of a £750,000 renovation project which, believe it or not, started in January and was unveiled only a month later.

Casting an eye over the final result, the ballroom (which can accommodate 220 guests for a wedding breakfast) is perfectly at home within the castle setting, even opening its doors onto the extensive grounds and secluded riverside surroundings, but, incredibly, this is an extension built in 2008.

“The challenge at Cornhill was twofold: to create a room that enhanced the existing shape of the suite and to also make it look like it had been constructed along with the castle,” explains Fallon Cowley of the Manorview group, which manages the venue. “The original suite didn’t have the proportions that a building of that period would have. The designers had to add intricate cornicing and slope the perimeter ceiling to trick the eye.” 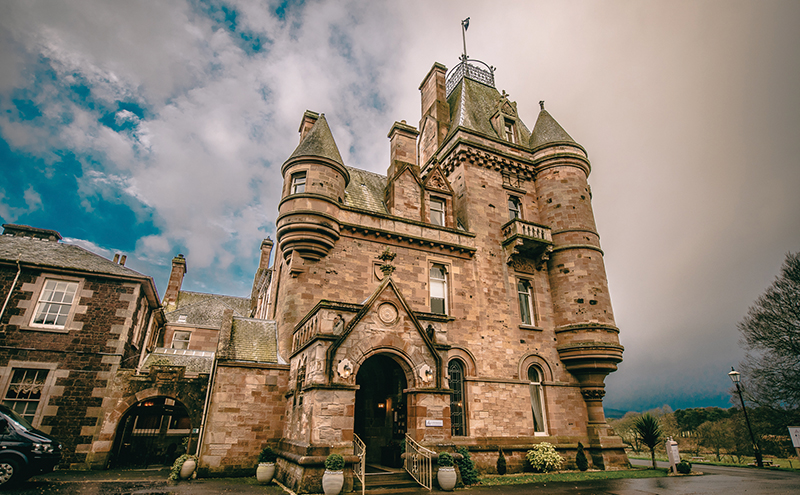 And the ballroom is just the beginning: as part of the ongoing refurbishment of the castle, a new honeymoon suite is also on the horizon and will be tucked, Rapunzel-style, into one of the original castle turrets. Set over two storeys, the lavish suite will house a luxury copper bath and rainfall shower, as well as its own private mini spa. Would-be-princesses, form an orderly queue please!

You shall go to the ball: we round up ten of the best ballrooms and large function spaces at Scottish wedding venues