You’ll treasure your wedding film forever, but what flicks have made a lasting impression on those behind the lens? 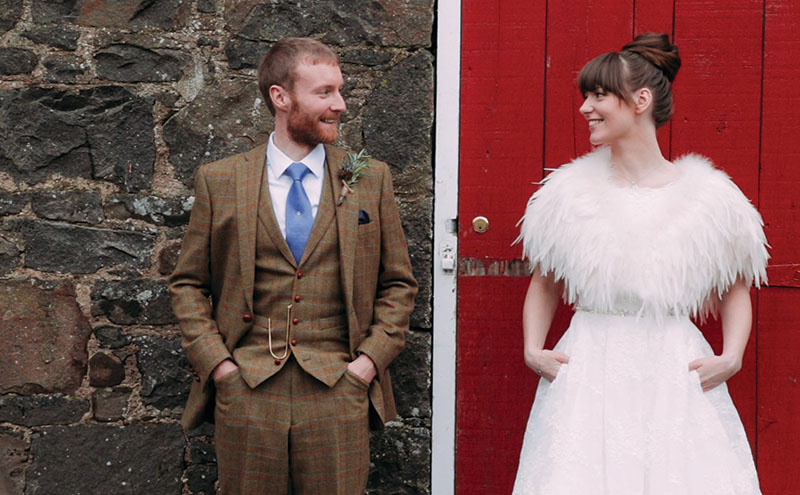 “Jem and Will’s wedding day was special for so many reasons, but we particularly loved how unique and personal everything was. The couple had arrived at Comrie Croft, in the beautiful Perthshire countryside, with their family the day before the wedding was due to take place and had transformed the blank canvas of the barn into the most amazing woodland wonderland wedding venue. We actually said ‘Wow!’ when we walked in.

“We had been chatting to Jem and Will as the day approached about all their awesome ideas, so we were very excited to film their wedding. On the day they were both so lovely and chilled-out that we managed to get lots of cute natural shots. All their hard work and creativity meant there were so many fabulous details for us to capture. Their whole day had such a relaxed and fun atmosphere with a real family feel to it,” says Kelly Yuill, YPod Wedding Films 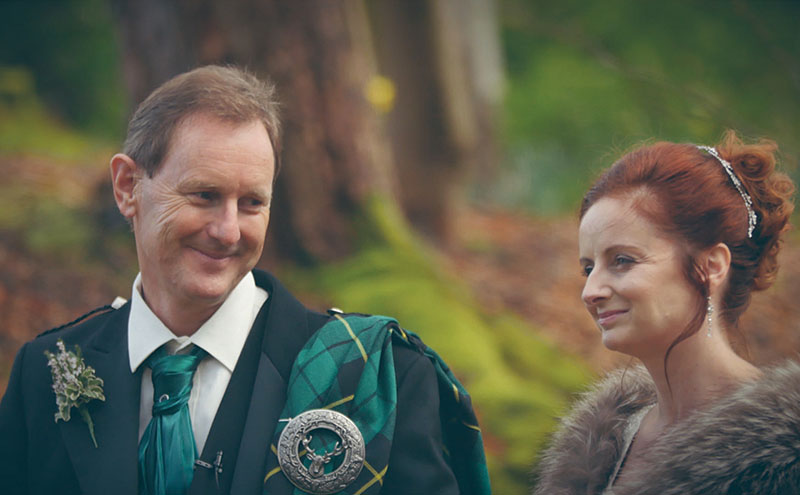 “Jessica and Ian’s wedding was particularly special because of the genuine sense of tranquillity and serenity about the whole day. This day really was about just two people who’d eloped all the way from New Zealand. It is easy to understand why couples from across the world are drawn to the Scottish Highlands to celebrate their union, given the landscapes and venues on offer.

“An unusual filming environment such as a clearing in the woods provided both challenges and opportunities. On one hand, we had to overcome a challenge as basic as how to eliminate wind noise from the professional audio recording of the couple’s vows, but on the other hand, the incredible creative filming opportunities that were offered by filming in the woods had to be seized.

“We will never forget Jessica and Ian’s elopement. From our original Skype conversation, it was clear they wanted a special video. The sense of occasion was quite tremendous,” says Stewart Carroll, White Balloon Films 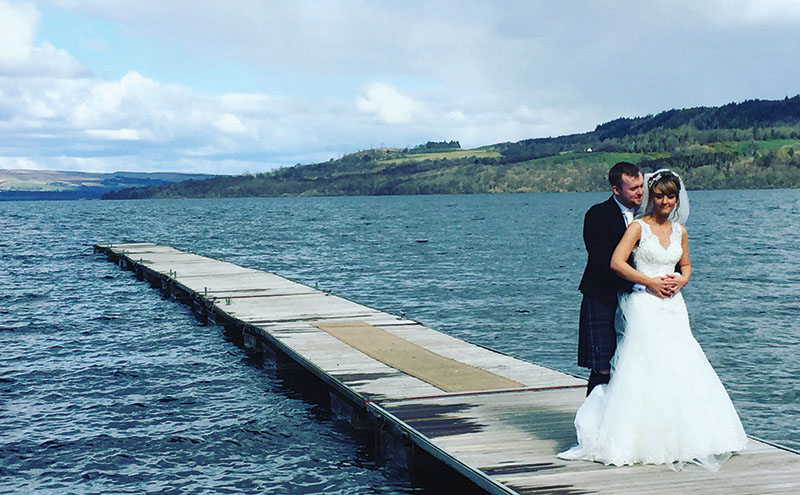 “A wedding that has really stuck in my mind was at The Cruin in Loch Lomond on 16th April this year. Lisa and Richard tied in the knot in amazing Scottish surroundings, and the day was made extra special thanks to musical performances from the bride’s family.

“Lisa’s father is in a band and he played as a surprise for the couple. After the booked band had finished the first three songs, he took to the stage along with Lisa’s brother on guitar and the rest of his band. It was a really emotional moment to see the family performing and making it a really special occasion for everyone.

“The bride’s father was so proud on the day and you could tell that his daughter really was too. I was asked to stay back a little longer to film the special moments of the wedding and it was really lovely to be a part of their day,”
says James Hood, Strawberry Wedding Films 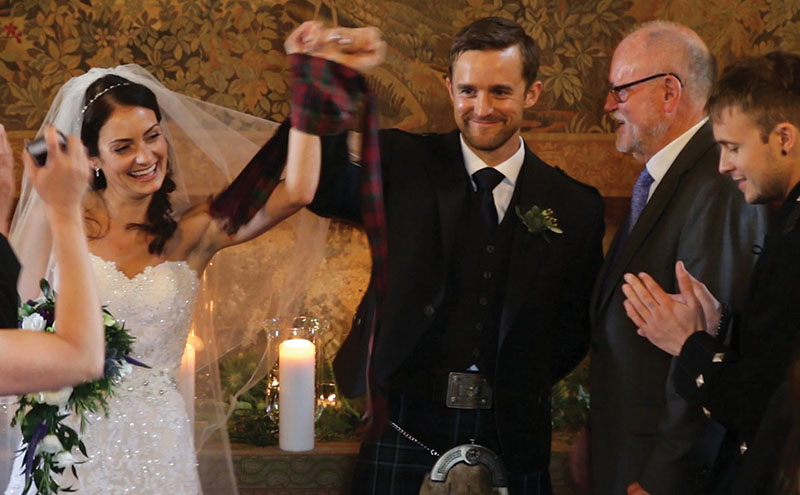 “The sheer level of fun that Callum and Amy wanted really made the day special.  Weddings are of course all about romance and emotion (and there was plenty of that) but they also wanted to have a really good party, and for their guests to come away really remembering the day for the great time they’d had.

“As Callum is from Scotland and Amy is from New York, they had a large international gathering so it was important that everyone mixed and had fun. They achieved that in spades!

“The dancing. Oh boy, the dancing! The sheer energy and hilarity of it all, from the brilliant moves to Uptown Funk to the special dance for Grandma to the utterly superb renditions by the guests of a number of Billy Joel songs complete with actions.  Their rendition of Piano Man will stay with me for years! Visual dance interpretation at its best! It was like being part of the wedding,” says Steve Towle, Cherry Tree Films

PHOTO ALBUM: Wedding snaps that will make you LOL

A bohemian marriage made in heaven at Monachyle Mhor

Think all wedding films are cheesy? Get ready to change your mind