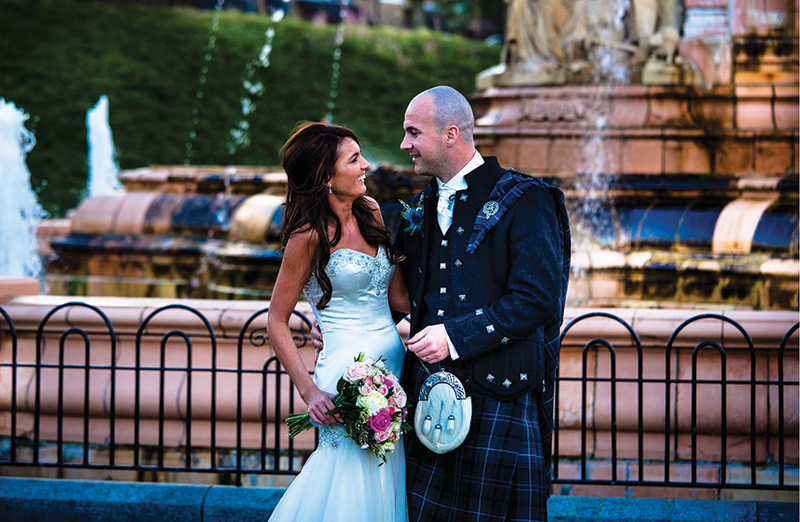 Little did Gayle McKellar know that Johnnie Meldrum wasn’t joking when he said ‘let’s go pick a ring’ prior to a holiday Barcelona. “He popped the question on a trip there last April,” recalls Gayle.
But that wasn’t the only surprise he had up his sleeve: “He told me he’d already been to the Winter Gardens in Glasgow and scoped it out for dates!” reveals Gayle. “We were living close by at the time and had spent many happy hours walking there, so it was my dream setting.”
Humanist celebrant Andy McSorley helped Gayle and Johnnie write their vows, telling the story of the couple’s blossoming relationship. “Our vows were a very special part of the day – Andy had suggested we keep some of them secret from each other until the big moment.”
The wedding day itself was filled with laughter, particularly when two of Johnnie’s mates appeared flanked by a couple of police officers. “Thankfully they hadn’t been arrested – they had just persuaded the police to join us for some photographs,” giggles Gayle.
Behind the camera was husband-and-wife team Alastair and Rose Burn-Murdoch. “We really love the relaxed style of their photos,” says Gayle.

Venue The Winter Gardens on Glasgow Green.
Dress An Essense of Australia gown from Eleganza Sposa in Glasgow.
Photographer Alastair and Rose Burn-Murdoch really put the couple at ease according to Gayle, which shines through in the images.
Stationery Finishing Touches by Adele.
Entertainment The couple loved Capella String Quartet, who were followed in the evening by The Vinyls.
Groomswear Johnnie hired from Mackenzie Menswear.
Transport A vintage Beauford from Gold Choice and a white Glasgow taxi. 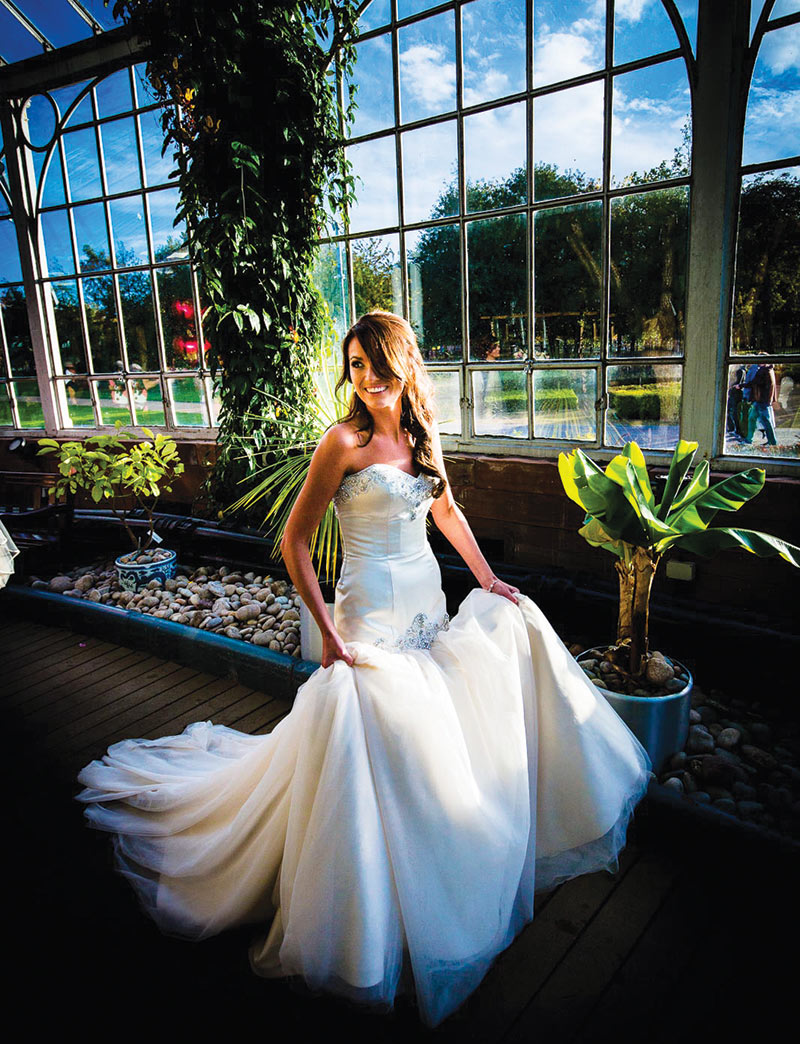 Ayrshire’s Thistle Du Florist is up for national floristry award