With a bit of time and effort, plus a few astute purchases, you’ll look the best version of yourself for your wedding

Face it. For many of you, getting ready no longer means jumping in the shower, stealing a squirt of shampoo, slathering yourself in body wash and adding a slick of hair gel. From face scrubs to fake tan, the explosion of men’s products is impossible to ignore. It has even spawned its own language – metrosexuals, manscaping, manscara – in a bid to macho-up this traditionally feminine domain. For example, you’d never hear someone down the pub get drawn into a discussion about their beauty regime, but you might end up chatting about a grooming routine. Same game, different name. How much do you reckon the UK male grooming, fragrance and toiletries market is worth? It’s not far off a billion pounds, and it’s expected to exceed this by 2017.
People are quick to blame David Beckham for the wave of metrosexuality, but it has reached every corner of pop culture. Turn on your TV you’ll see the boys from Geordie Shore pinching the girls’ blusher, and actor Gerard Butler punting face cream. Did you know Hugh Laurie also promoted the same L’Oréal Men Expert range? If you didn’t, you definitely won’t know that the notoriously tough ponytail fan Steven Seagal endorsed a Bulgarian skincare line called L’Acrima.
Any man who says he doesn’t care about looking his best on his wedding day is either a. lying, b. a weirdo, or c. Pete Doherty. Women spend months preparing for their wedding, with diets, skin treatments and exercise, and have help at hand on the day from hairdressers and make-up artists. Would it be so crazy to suggest men do the same?

We’d bet the majority of men would scoff at the thought of wearing make-up on their wedding day, but, as technology improves and photographs get ever more pin sharp, will things change? Laura Intably of Edinburgh-based make-up artists iQ Beauty thinks it could: “We use airbrush make-up, which is popular in the UK at the moment for men and women on shows like X Factor, Strictly Come Dancing and Dancing on Ice. That’s why the lads on X Factor always look much better after their makeover.” But there’s a big different between being on TV and in a wedding film, surely? “HD wedding videos can pick up shadows, wrinkles and skin problems easily, and can even emphasise them,” warns Laura. Not good, especially if you’ve had a few pints the night before! Laura doesn’t expect many men to book their own make-up artist for the big day, but she’s perfectly happy to work her airbrush magic on the groom once she’s finished perfecting the bride. “The airbrush make-up creates a matte finish that controls shine and inhibits perspiration. It can even stop the shine on a bald head,” she adds. It doesn’t leave any telltale marks on your collar, either, so your secret would be safe.

Any man who says he doesn’t care about looking his best on his wedding day is either a. lying, b. a weirdo, or c. Pete Doherty

The on-trend male aesthetic for 2014 is still that ‘rugged lumberjack meets Wolf of Wall Street’ look – rippling muscles, slicked-back hair and a beard. This glam-tramp vibe will not last forever; your marriage (and its photographs) hopefully will. If you’re an on/off beardy, “I’d certainly advise going for the clean-shaven look on your big day, as it’s timeless,” advises Nick Gibbens of premium male grooming brand The Bluebeards Revenge (bluebeards-revenge.co.uk). “Remember, a strong, dense beard can be a nightmare to remove as it increases the chance of razor rash, bumps and painful lumps.” Not what you want in your photos! Nick recommends shaving after a hot shower as this opens the pores. Use a shaving brush with cream, and shave using short strokes, against the grain. Finish by washing your face with cold water to close the pores, reducing the chance of irritation, and apply a soothing aftershave balm (such as The Bluebeards Revenge Post-Shave Balm, £9.99).

We’ve stated our case for amping up your grooming routine in the run up to the big day – taking better care of your skin (and enlisting a bit of help on the day if needed) and choosing a classic look that won’t date (ask every dad who got married in the 1970s if they still think bellbottom trousers and a kipper tie is the height of fashion). Small changes in the months before will make a huge difference – exercising, exfoliating, moisturising, drinking more water and less beer (switch to spirits – you don’t have to be that well behaved!). Looking like the best version of yourself will make you proud of your wedding pics, not cringe and wish you’d got a bit more sleep. 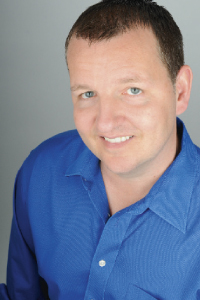 I’ve definitely noticed an increase in grooms looking for help and advice on how to get in shape. It used to be just brides who would try to get into peak shape for their wedding, but men are starting to embrace that idea too. Your wife-to-be deserves you at your absolute best on your wedding day.
The key is to focus on two main areas: nutrition and exercise. You aren’t going to be able to out-train a bad diet, so you’ll have to clean it up. As for the exercise element, focusing on weight training, and in particular circuit weight training, might give you the biggest bang for your buck in terms of fat loss and looking good on the day.
The biggest mistake unfit people make is trying too hard, too much, too soon. It took some time to gain fat, or get out of shape, so while you can turn it around, you have to understand that it won’t happen overnight. Jumping into a crazy hardcore routine right out of the box is a recipe to get hurt or at best discouraged.
There’s a cool quote: “It takes about four weeks for you to see changes, eight weeks for your friends and family to notice, and 12 weeks for the world to notice.” That’s a pretty good rule. Any man who committed to an eight-to-12-week programme, with smart training and good nutrition, would see amazing changes on his wedding day.
After years of doing this, I’ve found that a 90% compliance to a good nutrition plan delivers amazing results. Following it 100% doesn’t seem to generate much better results, surprisingly.
At the same time, though, following a plan 70-80% of the time seems to be the same as not following it at all, so you really do have to commit.
Following the 90% rule, you can eat or drink what you want basically 2.8 times a week (no more than three meals out of 21). Obviously, you can’t go on an all-day, all-you-can-eat session, but this still allows you to relax a wee bit and still look great on the big day. www.alwyncosgrove.com

Ask Amy: Must have accessories

Keeping trim: your grooms’ grooming guide for hair and beard for the big day

The essential accessories for your wedding day kilt outfit

A hire power! Everything you need to know about hiring your groomswear

Eight grooming essentials to buy before the big day