Archive, Before and after the day, Headlines
May 14, 2014
by Tie The Knot Scotland
0 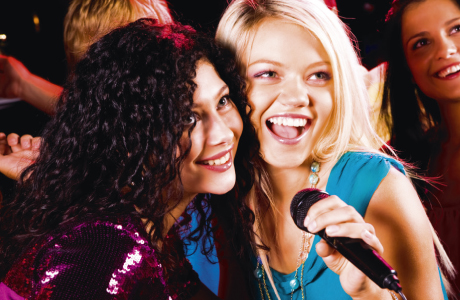 Fact: no hen party is complete without karaoke. Some gals (like me) are happy to grab the mic and belt out the hits after only a cup of Tetley, but for others some Dutch courage is required. If that sounds like you, head for Electric Circus. It has karaoke packages specially tailored for hen parties which include time in its private booths and drinks to keep the vocal cords lubricated.

Hen parties must be pre-booked and begin before midnight. Prices from £16 per person. 0131 226 4224, www.theelectriccircus.biz 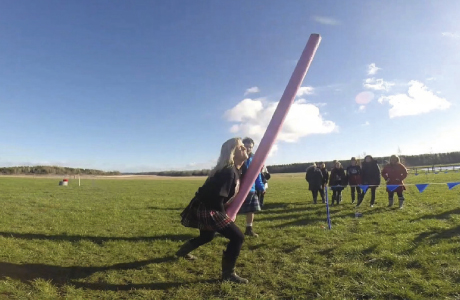 Ever harboured a secret ambition to toss the caber or hurl the welly? If so, don your mini kilt and ‘see you Jimmy’ hat and head to Perthshire or Edinburgh where Great Away Days can put on a mini Highland Games for you. Under the guidance of kilted instructors, you’ll learn to tyre flip, toss the hammer and more, rounded off with a bottle of champers for the winning team. 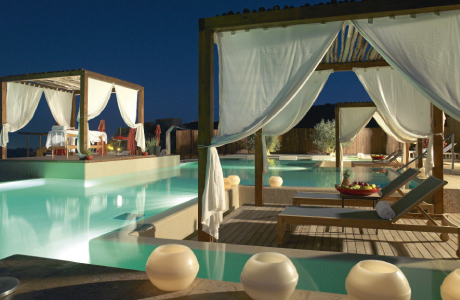 Leave your cares behind by letting your hens whisk you off on a spa break to Gran Canaria. At the five-star Sheraton Salobre Golf Resort and Spa you’ll have near-guaranteed sunshine, a choice of pools to float around in and the luxurious Aloe Spa at your disposal.

Price start at €360 per person for two nights in a double Deluxe Room including breakfast and dinner, an Aloe Vera full body massage and Japanese shiatsu therapy. www.grancanariawellness.com 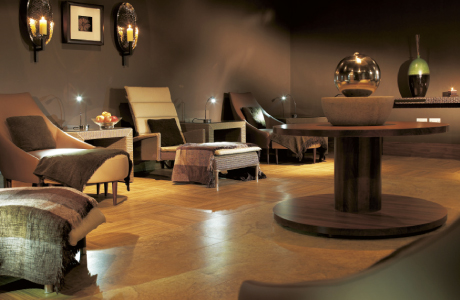 Macdonald Portal Hotel & Spa in Cheshire has just launched a Pictures, Pitchers and Pyjamas Party package, combining a fabulous spa day with the ultimate girls’ night in. It includes a treatment at the spa, access to its superb facilities and a three-course evening meal, before it’s time to head to the hotel’s very own private cinema to enjoy a movie accompanied by a pitcher of drinks. 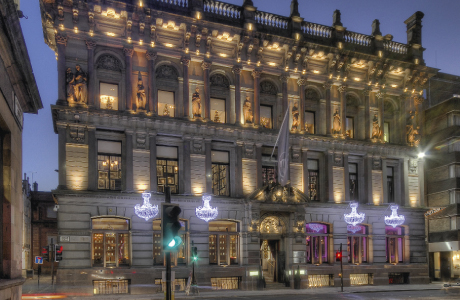 Show off your shoulder shimmies at a unique dance class hosted at the glitzy Corinthian Club in Glasgow. Choose your theme (Grease and Glee are two of the options) and a professional dance instructor will take you through a full routine, step by step. Costumes, cocktails and canapés – those crucial party ingredients – are also included during the two-hour experience.

Girly Dance Packages at the Corinthian Club cost from £30 per person and up to 15 guests can be accommodated (larger parties with enough notice). 0141 552 1101, www.thecorinthianclub.co.uk 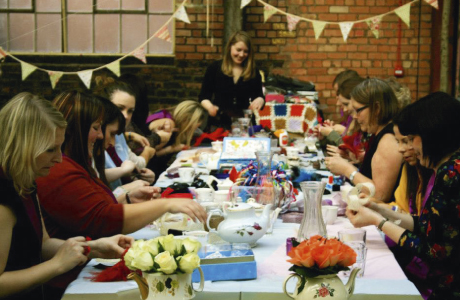 Most activities include afternoon tea. 0141 611 5070, www.lovevintageevents.com 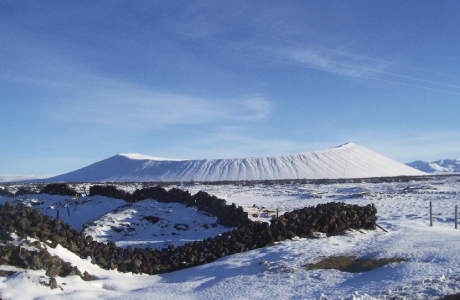 Treat the stag to a fantasy-fuelled send-off, travelling “beyond the wall” to the Icelandic filming locations made famous by hit TV series Game of Thrones. We can’t guarantee you’ll bump into Jon Snow, but local guide Jon Thor Benediktsson (who also guided the Game of Thrones crew on set during filming for the third series) will be on hand to regale you with tales of the Seven Kingdoms.

The tour spends two nights in the beautiful northern town of Akureyri surrounded by snow-capped mountains, and two nights in Iceland’s charming capital Reykjavík at the new Reykjavík Lights Hotel. From £699 per person. 0800 954 2486, www.icelandtravel.is 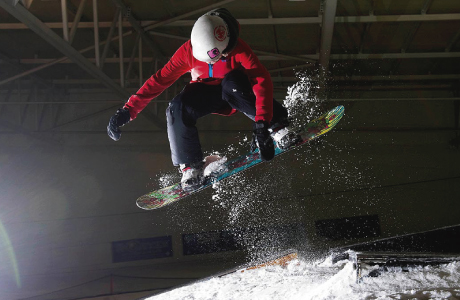 Get the right kind of ‘piste’ at Snow Factor, Braehead, where you can learn some new skills on the 1500 tonnes of real snow that make up Scotland’s only indoor ski and snowboard slope. 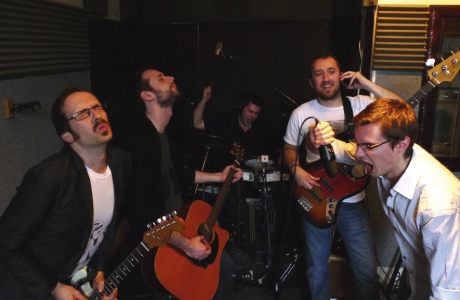 Give Jon Bon Jovi a run for his money down at Royal Mile Recording Experiences in Edinburgh. They’ll provide the kit, backing track and lyrics, so that during a two-hour sesh in their studio, you’ll be able to sing your heart out, lay down a track and leave with a professionally recorded memento of the stag do.

Prices from £25 to £40 per head. All packages include CDs with digital recordings of the tracks plus photos taken during the session. 0131 556 4882,
www.royalmilerecordingexperiences.com 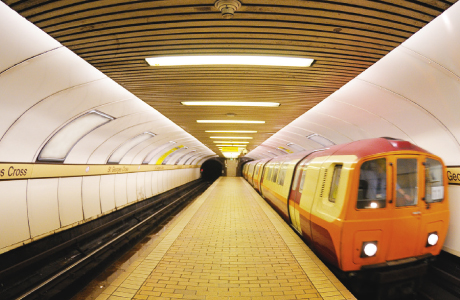 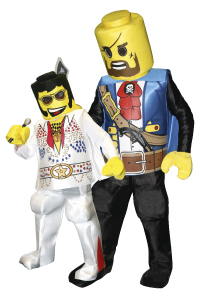 The word ‘Subcrawl’ is enough to reduce grown men to quivering wrecks as they recall the monstrous hangover it produced. However, there’s no denying it’s a fun way to take in some of the ‘sights’ of Glasgow. For those of you unfamiliar with the concept, a ‘Subcrawl’ will take you on a round trip on the ‘Clockwork Orange’, visiting the pub nearest the exit to each one of the Subway network’s 15 stations. Dressing up as a Lego man is obligatory. (Okay, we made that last bit up – we just needed an excuse to show you these awesome fancy-dress costumes.) 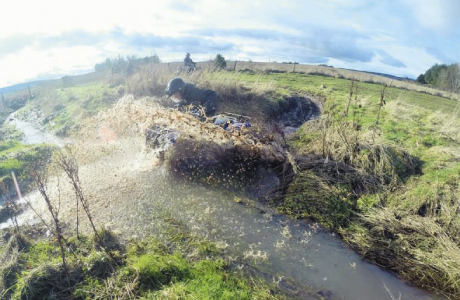 Quad-bike trekking is a fantastic way to blow off steam with your mates. Great Away Days has Yamaha ‘Grizzly’ quads waiting to propel you across the Perthshire countryside. Under the guidance of qualified instructors, you’ll start off on an agility circuit before being set loose on the big trek. Zoom round bends, zip across rural farmland and dodge through dense woodlands. Wheeeeee!

Quad-biking, £45 per person for an hour. There’s the option of adding sumo wrestling or archery and air rifles (extra cost), so you can make a day of it. 01738 840804, www.greatawaydays.co.uk 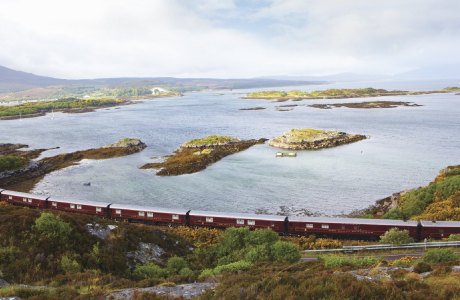 Chugging along on a train before putting away on a green – surely the most civilised way to spend those last few days as a single man? The Royal Scotsman’s Classic Scottish Golf Tour takes in rounds at Royal Dornoch, Castle Stuart Golf Links and other fine golf courses, all while touring on one of the world’s plushest trains.

Flexible friends: 12 Scottish wedding venues that can adapt to your guest list