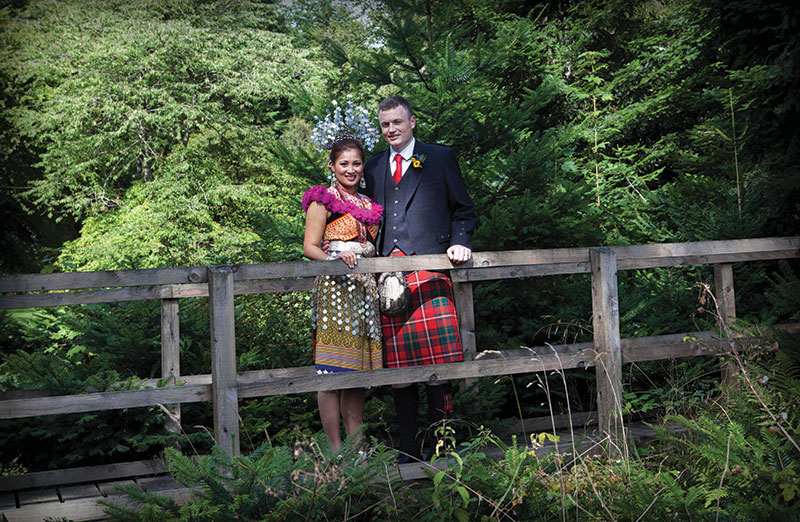 Colour, elegance and simplicity ruled at both of Agenesslee and Kenneth’s big days. After first getting married in Brunei, with a reception in neighbouring Malaysia, the couple picked the Hilton Dunkeld for their Scottish celebrations. “Its grounds are beautiful, and with the river flowing through it and all the natural surroundings, it made me feel as if I was back in Brunei, close to the jungle,” says Agenesslee.
At the Brunei nuptials, the bride changed outfit not once, not twice, but three times, as tradition demanded.
Their weddings weren’t without mishaps – in Scotland, for example, the couple’s lovely three-tier wedding cake had some issues when the middle tier collapsed, despite the best efforts of a waiter whose heroic attempts to salvage the situation ended up with him soaking the cake with orange juice!
So after expertly organising two multicultural (and multicoloured) weddings, what planning tips does Agenesslee have to offer brides-to-be? “If you’re a perfectionist, identify and make a list of how you’d like your wedding to look. But remember that even if not everything is perfect or goes exactly according to plan, it will all work out in the end,” she laughs.

Venues The couple had two weddings – the first was in the Far East, in Brunei, at the Church of Our Lady of the Immaculate Conception in Seria, followed by a wedding reception across the border in Malaysia at the Grand Palace Hotel, Miri, Sarawak. The Scottish celebrations took place a month later at the Hilton Dunkeld Hotel.
Bride’s shoes Classic cream from Jones, and some sparkly stunners for the after-party.
Photographer Corona Photographic .
Filmmaker Wedding Video Services.
Rings Gold wedding bands from John Park Jeweller in Aberdeen.
Makeup Elaine at Top Drawer Makeup. 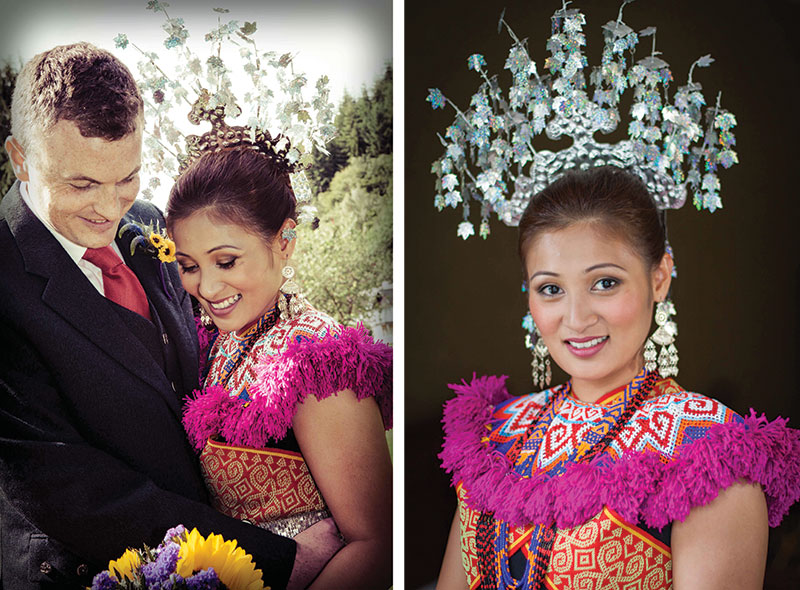 Ayrshire’s Thistle Du Florist is up for national floristry award

HOW TO: plan an outdoor wedding

The future is bright at newly rebranded florist Fleur and Blume