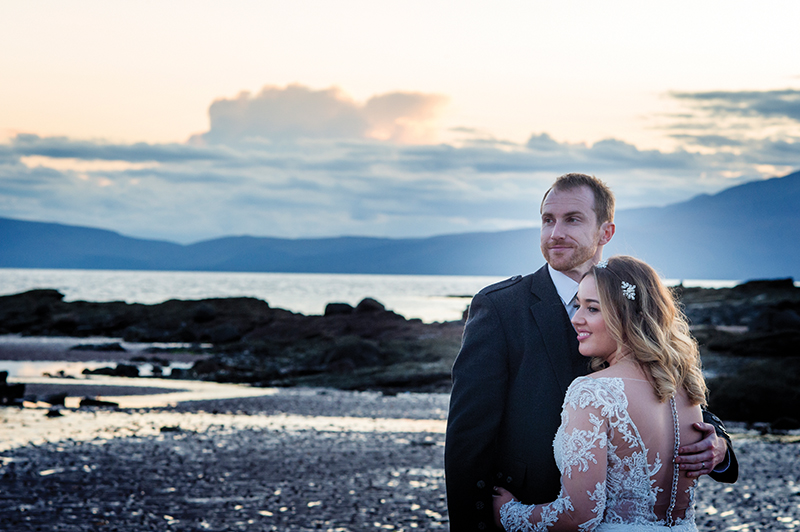 “I was thrilled when Graeme proposed in the gardens of the Palace of Versailles. He directed me to look at something, then when I turned back around, confused, he was down on one knee. It was my seventh trip (my lucky number) to my favourite city so couldn’t have been more idyllic.

My fondness for France was the driving force behind the day’s ‘colourful Parisienne’ aesthetic. We had chic black and white striped table runners, bright floral arrangements and Chambord favours for the girls. We even had Mee and Es Designs make a personalised bistro-style chalkboard with the day’s running order.

Although we recced The Waterside Hotel near West Kilbride shortly after we got engaged, we decided to look at another couple of venues before reserving our date. We spend time walking the dogs on the beach and Arran is one of our favourite places to visit, so in the end, The Waterside’s location and unbeatable views of the island won us over. The wedding itself ran like clockwork thanks to the attentive staff.

I didn’t enjoy dress shopping. I had tried on the Badgely Mischka gown I ended up buying at a boutique in Glasgow, but left feeling nonplussed. That changed when I visited Opus Atelier in West Kilbride and found the same gown there with stunning shoes to go with it! I totally adore my dress and the fit the store’s owner Sharon McPherson achieved was impeccable.

Overcome with nerves and emotion, I burst into tears shortly before I walked down the aisle. My five-year-old nephew, Ethan, who was giving me away diffused the situation by saying: “Don’t worry Auntie, Uncle Graeme’s waiting for you at the bottom of the aisle.” I’ll never forget seeing my husband-to-be’s face as I made my way towards him.

The weather was a real bonus. It had poured the days before and after the wedding, so it could’ve went either way. It meant we could really take full advantage of our venue’s beachfront setting.”

Top tip: “Keep an eye out for bargains. My bridesmaids’ dresses were a total steal: £20 each in ASOS’s January sale.” 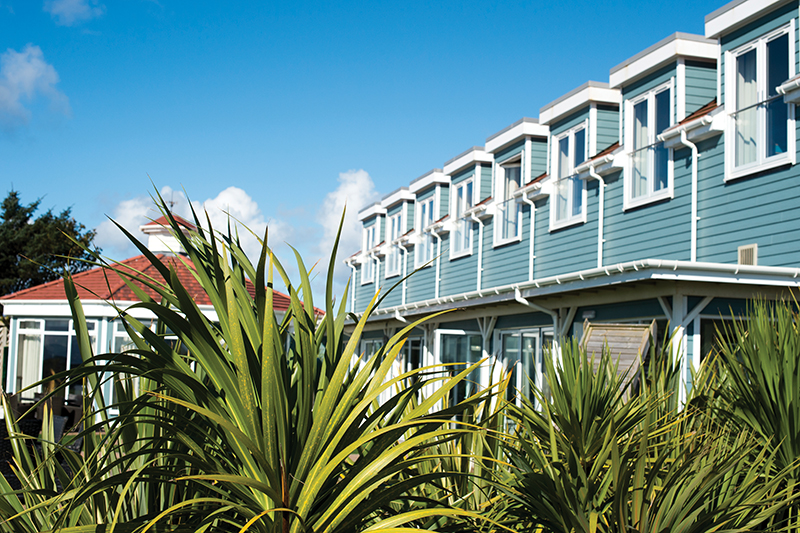 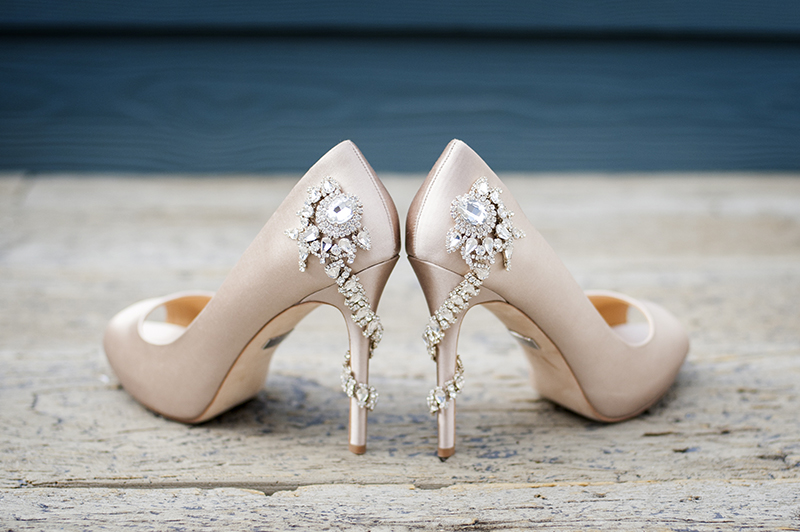 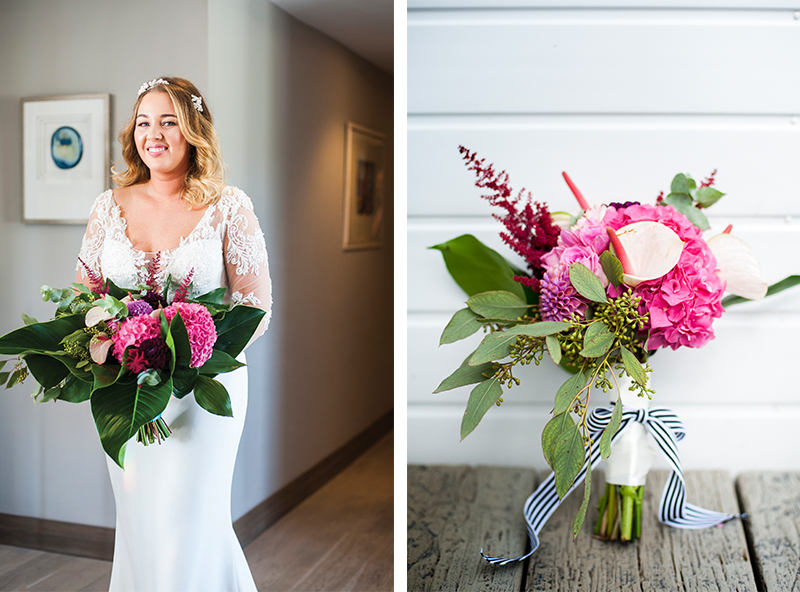 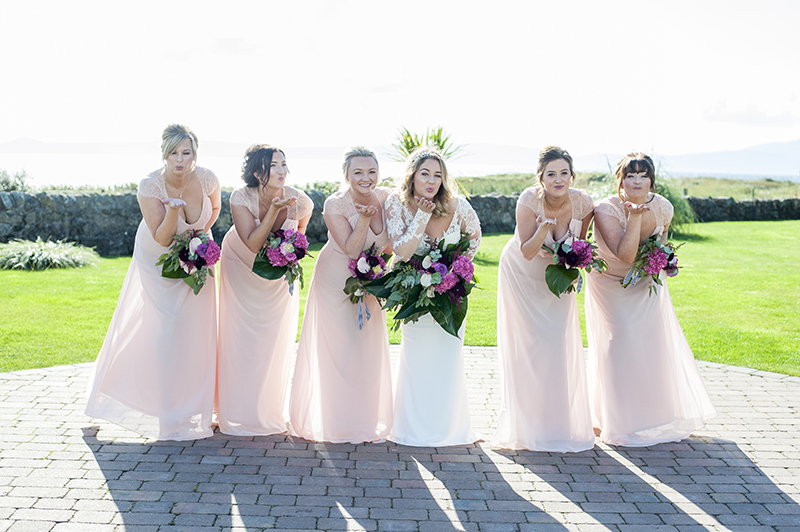 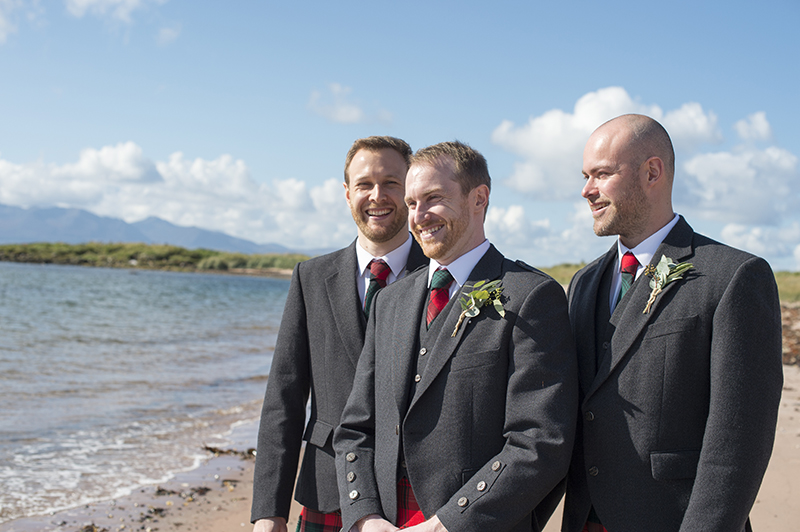 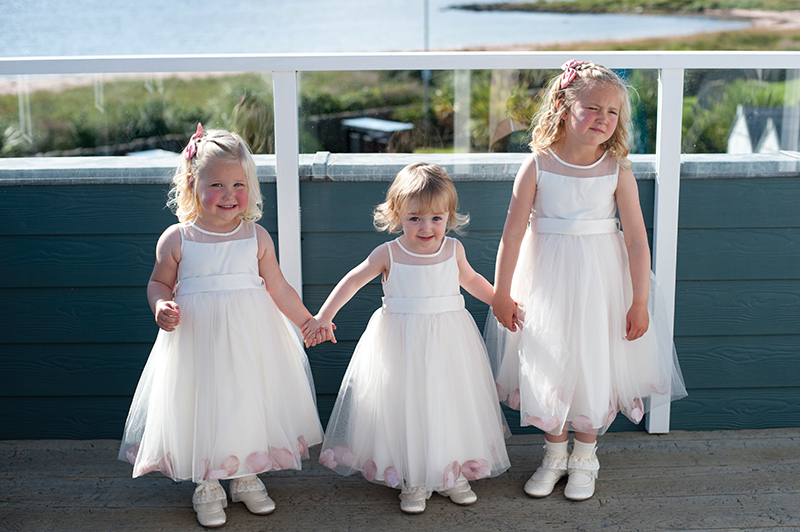 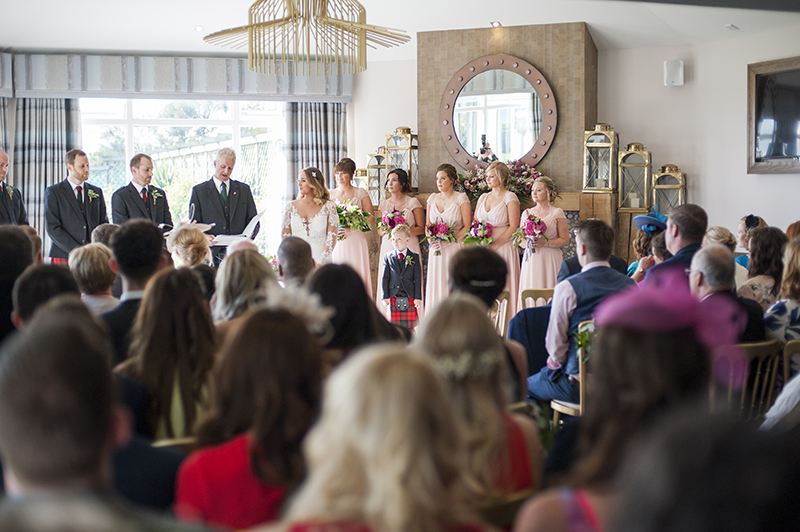 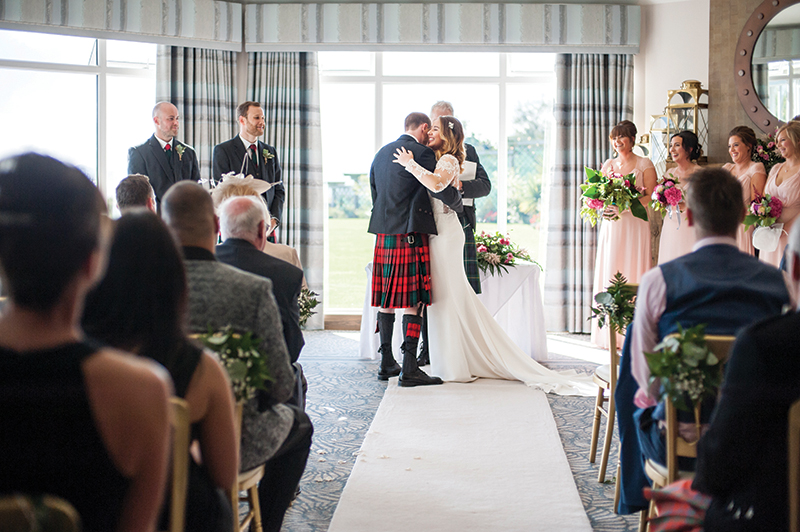 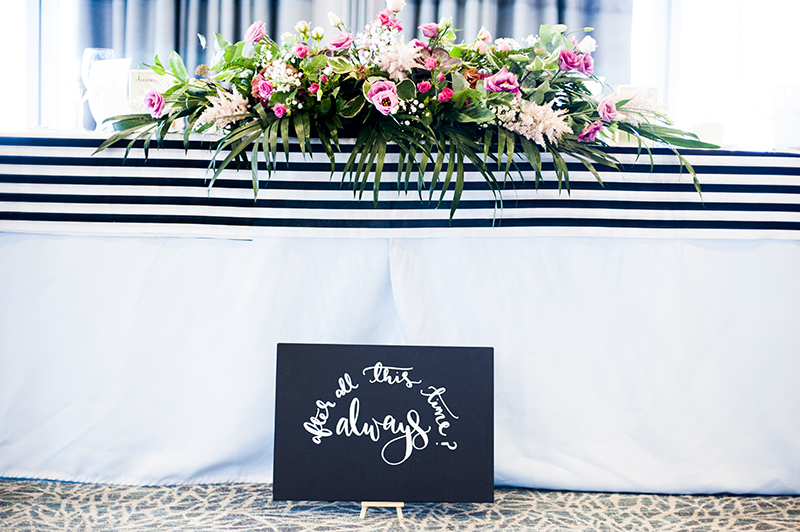 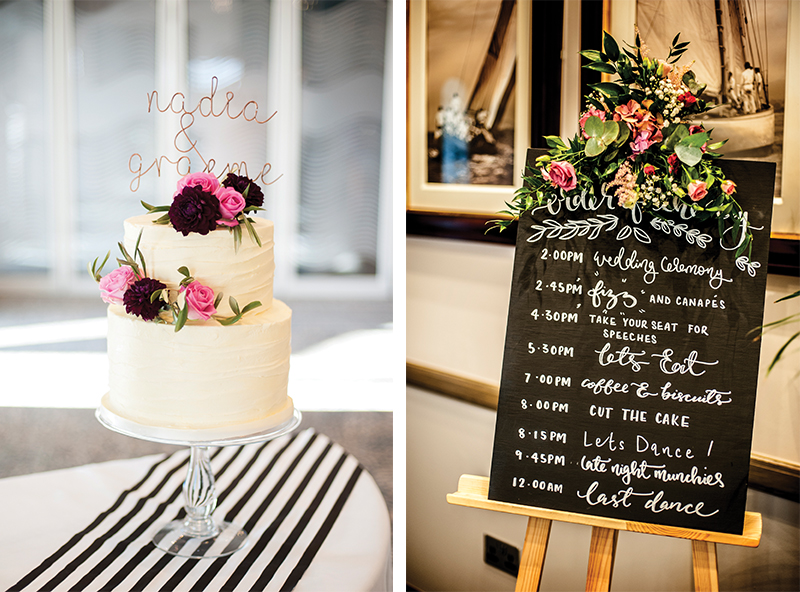 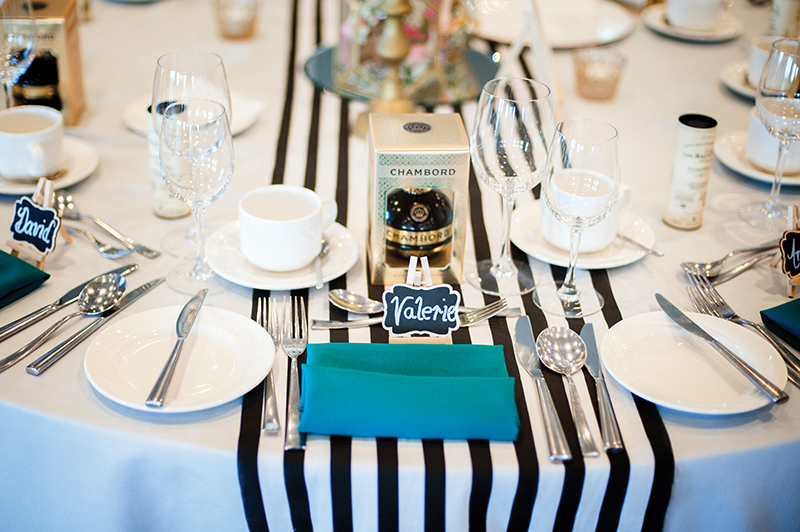 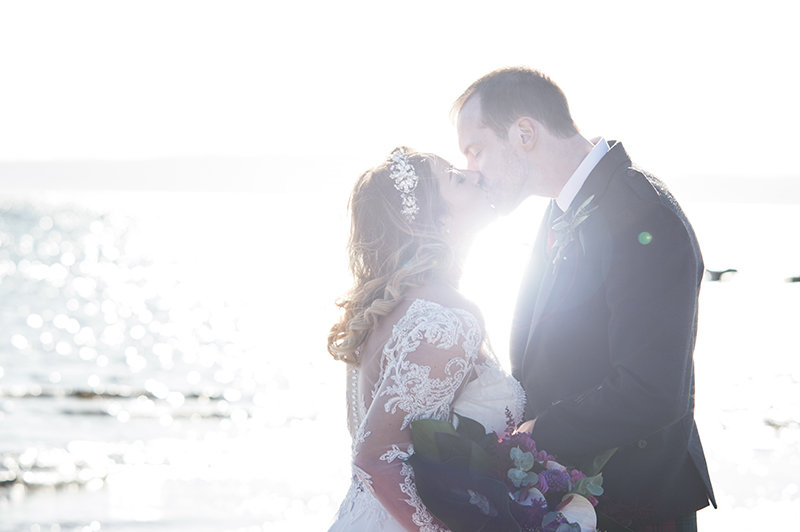 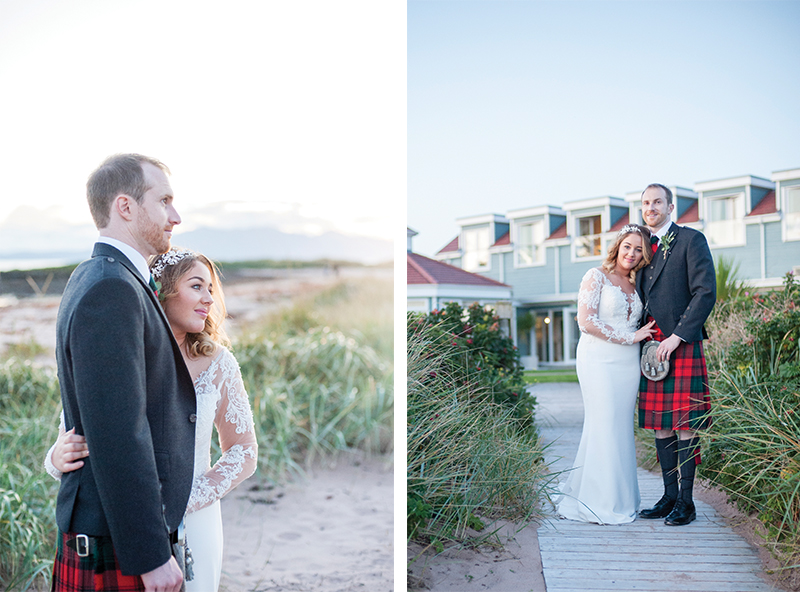 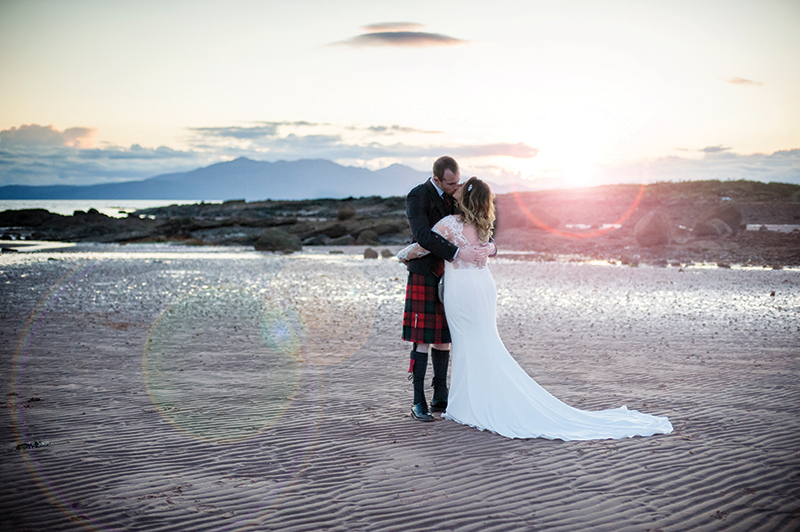 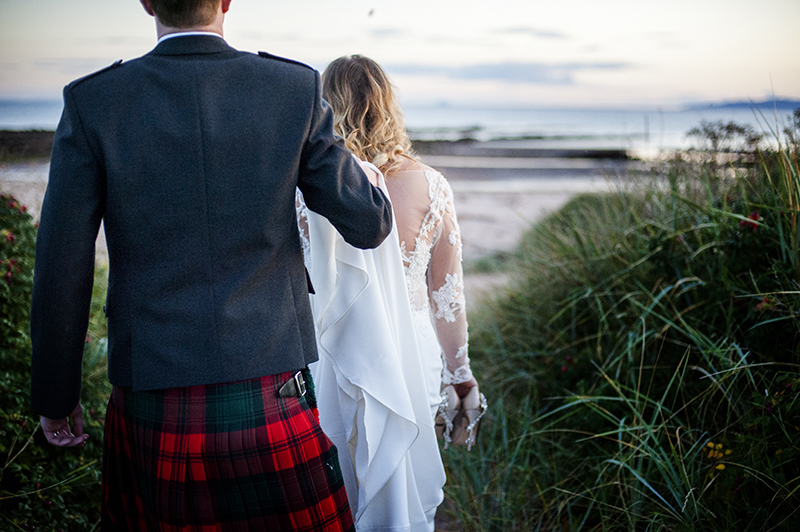 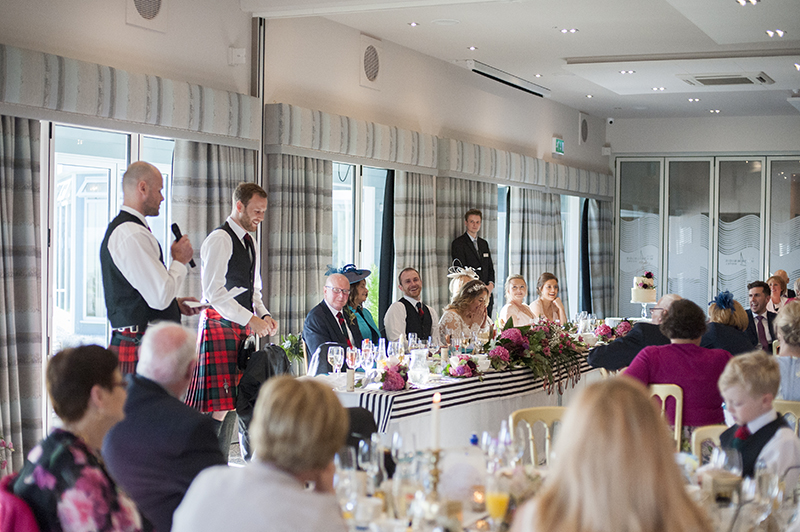 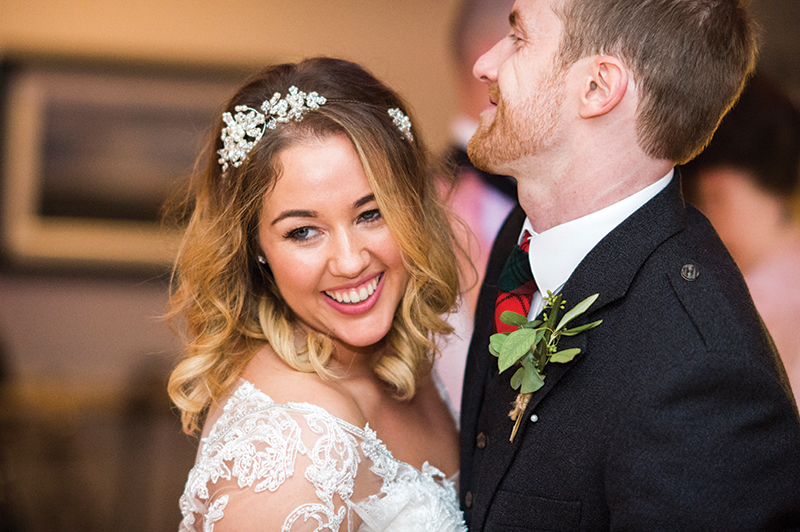 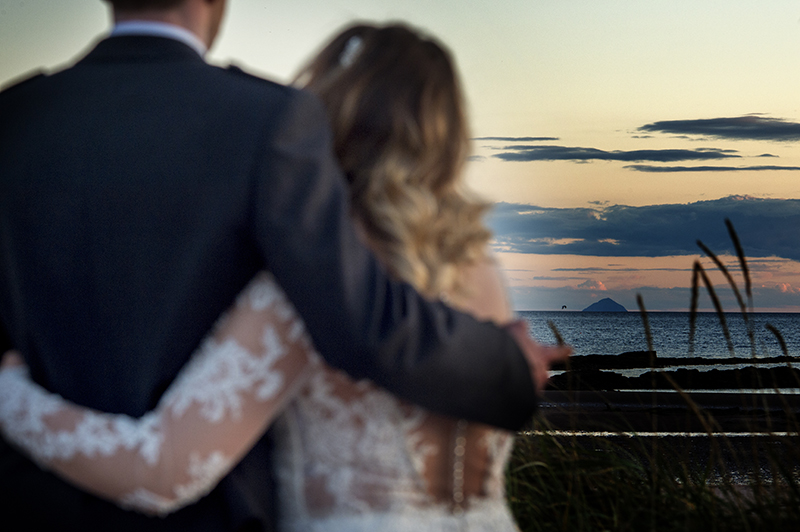 Amen to that: 12 grand church-like venues

Styled shoot: an edgy take on an Edinburgh elopement with sequin dresses and cool details