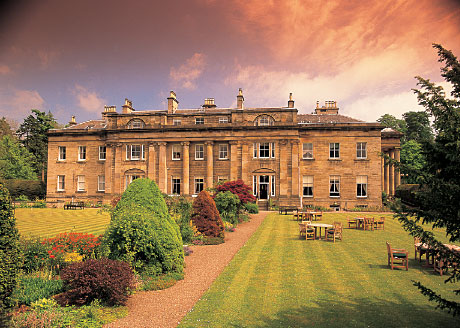 Balbirnie House Hotel has been crowned The 2013 ‘Wedding Hotel of the Year’ at the Scottish Hotel Awards. A panel of 38 judges whittled public nominations down to nine regional winners, before the final result was announced at a glittering ceremony in Glasgow. It is the seventh time in nine years that the hotel has beat off the competition and been awarded the accolade. The stunning Grade A-listed Georgian mansion is set in 400 acres, and its gorgeous gardens provide an enchanting backdrop for the numerous weddings that take place at the hotel throughout the year. Packages start from £52 per person.
01592 610066, www.balbirnie.co.uk

Refurbished luxurious penthouse at the Gailes Hotel in Ayrshire