There’s a reason so many of us grow up dreaming of getting hitched in a fairytale castle – they’re just so bloomin’ pretty! Luckily, Scotland has some of the best 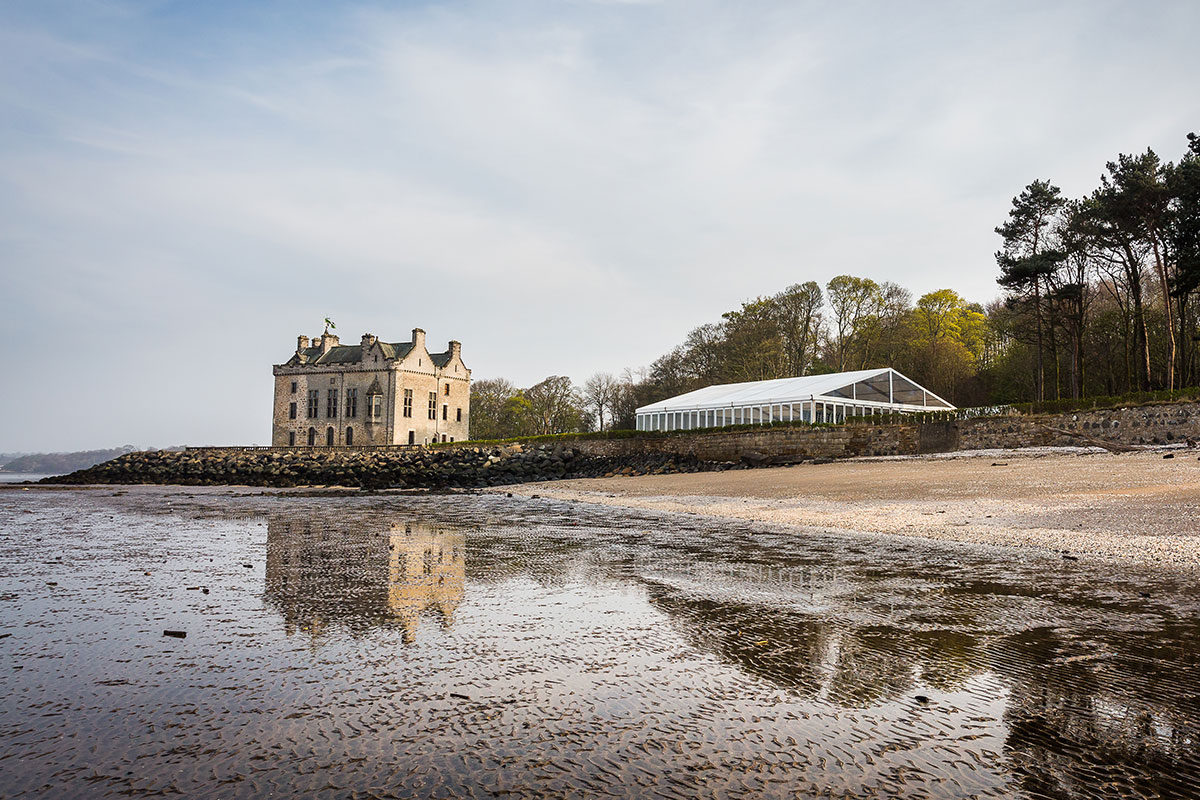 Newly opened on the east coast near Edinburgh, Barnbougle Castle doesn’t do things by halves: exclusive caterers Honeycomb & Co source produce from the local Rosebery Estates, guaranteeing flavour in every bite. Good thing you’ve got an astonishing 60ft-long barrel-vaulted dining hall to enjoy it in.

Don’t be a damsel in distress – make tracks to Blair Castle at the foot of the Cairngorms and you’ll have nothing to worry about wedding-wise. With an array of backdrops to choose from (think lochs, rivers and glens), and a variety of spaces within the castle itself, a fabulous knees-up is yours for the taking. And that’s before you’ve even laid eyes on the sensational menu…

Castles are often depicted as hidden deep in the forest, but Culzean Castle has been making a splash down on the Ayrshire coast for over 200 years now. Designed by the inimitable Robert Adam, it has become a favourite with couples keen to inject some unapologetic grandeur into their big day.

Just because you’re checking into a place that’s centuries old doesn’t mean you have to forgo modern comforts. At Midlothian venue Dalhousie Castle, you can visit the high-tech hydro spa, ideal for a pre-wedding pamper, before a scrummy dinner in one of the eateries. Yum. 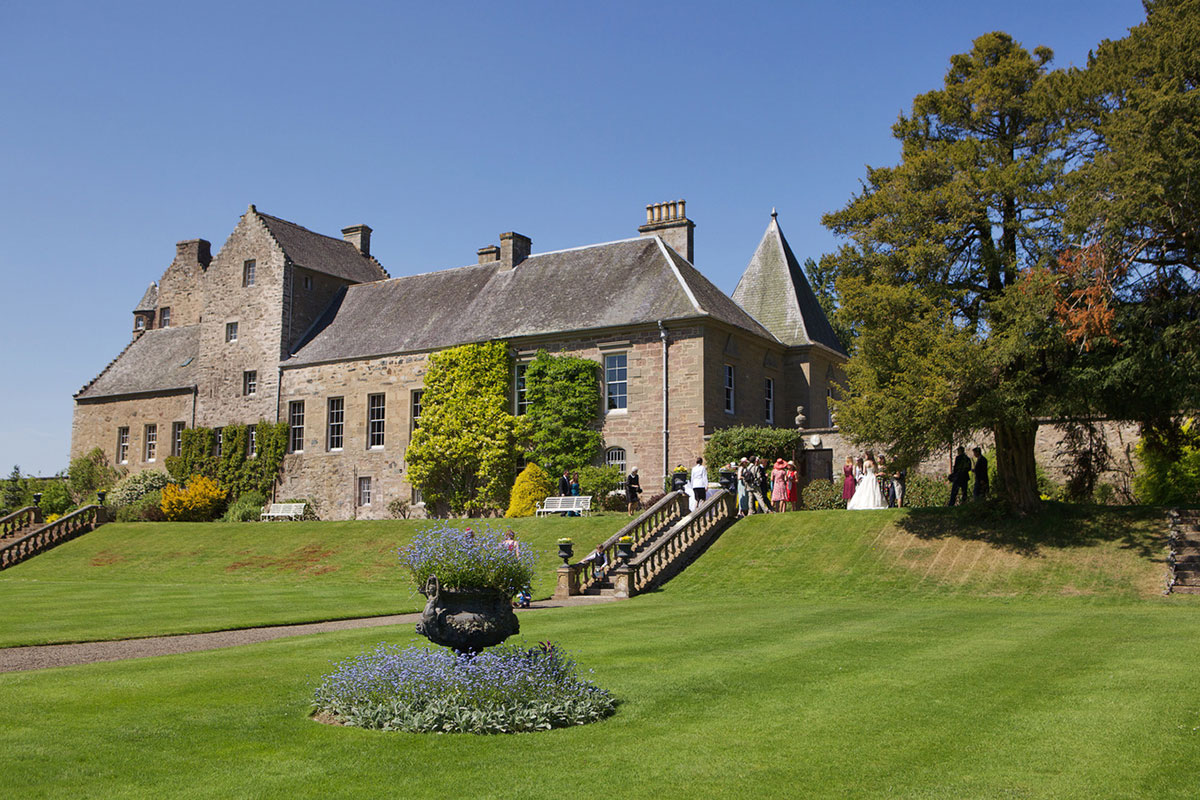 We’re all about exclusivity (so sue us, we like the finer things in life), and lurking in the Perthshire countryside is Murthly Castle, which pledges to host just twelve weddings a year. Get papped in the enchanting walled garden, and exchange vows in the Douglas Fir avenue. Our couples deserve only the best, dahlings.

[Left] You might no longer be a maiden stuck in an ivory tower, but that doesn’t mean you can’t take inspiration from the fairytales. Enter Barony Castle Hotel, a romantic 16th-century stalwart set in 25 acres of Borders countryside. We can already see ourselves letting down our long hair. [Right] Some castles are new to the wedding business. Not Selkirk’s Aikwood: the first w-day here was way back in 1602. These days, such a privilege is not just for the aristocracy – ordinary mortals can hire the tower on an exclusive-use basis and raise a glass to married life in the walled garden.

Taking on a craggy fortress could be a daunting prospect, but there are some rather more welcoming castles. Aberdeenshire’s Drumtochty has cosy, sumptuous interiors that’ll give your big day a homely feel – and it’s still got a jaw-dropping exterior for that all-important first impression.

For unadulterated Disney vibes, it has to be Cluny Castle: with its immaculate crenellated exterior and manicured lawns, all that’s missing is your Prince (or Princess) Charming to sweep you off your feet. Who needs Disneyland when you’ve got Aberdeenshire?

Stay ahead of the curve by booking a castle that’s not even open yet – yes, you heard us right. Up until now, events at this West Lothian estate have been held in a marquee in the grounds, but weddings will take place in the refurbished Duntarvie Castle from this year. Can you spell ‘trendsetter’?

Holding the fort for Midlothian, Melville is the go-to spot for anyone looking to be crowned king or queen of the castle. With classical interiors and breathtaking surroundings, it’s fit for royalty. 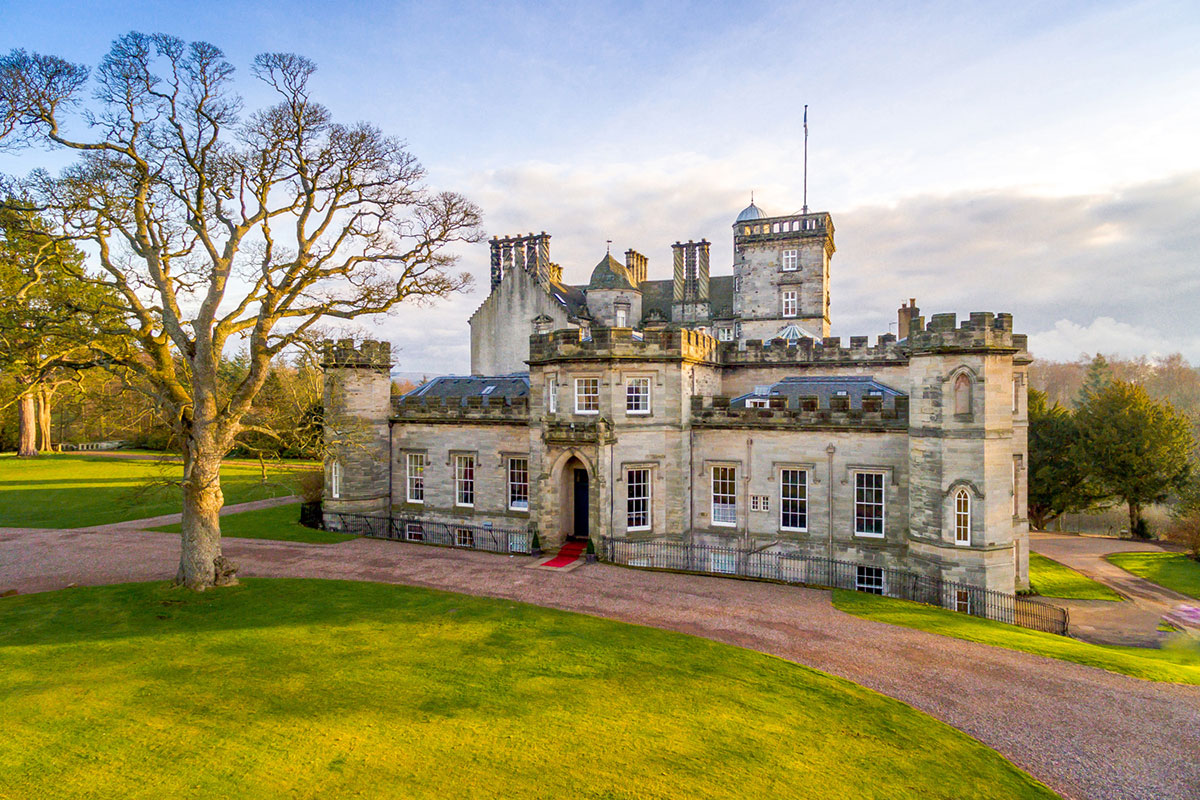 History buffs, gather round: you’ll want to sign up to Winton 101. The castle was burnt down in the 16th century on the orders of Henry VIII, during the ‘rough wooing’ of Mary Queen of Scots. Rebuilt in the Scottish Renaissance style, it’s now no longer a flame hazard… until it sees you looking hawt in your dress, that is.

Galia Lahav launches ready to wear – and it's available online!

Garden party: how to decorate and style outside areas at venues for summer wedding ceremonies and outdoor receptions