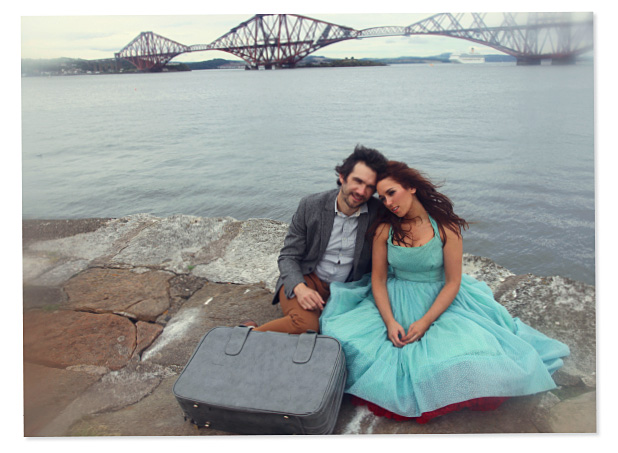 Pre-wedding shoots, also known as engagement shoots, are a fairly new concept, so we’ve put together all the answers to the whys, whats, hows and whens you need to know about this increasingly important part of many couples’ wedding preparations. Why so popular? Pre-wedding photography has become so popular in recent years that it is becoming a standard part of many photographer’s wedding packages. In fact, as photographer Ali Cleary (alicleary.com) says, a pre-wedding shoot is a crucial element in getting the best photographs on the wedding day: “I insist on a pre-wedding shoot with my couples whenever possible. As for my own approach to wedding photography, I feel the more I know a couple, the easier it is for me to capture those precious moments on the day.” What’s in it for us? For many couples, working with a wedding photographer will be the first time they’ve been in front of a professional camera. While Britain’s Next Top Model makes posing seem a breeze, the truth is that moving naturally in front of the camera and having a relaxed smile is trickier than it looks. It makes sense to get rid of the nerves and build a little confidence by looking at polished, professional photographs before the big day. “It especially attracts couples who are nervous about having their photograph taken. It definitely makes for more relaxed photos on the wedding day,” believes Alice Alves (alicealvesphotography.co.uk).
As well as the chance to practise your smile, it gives you and the photographer the opportunity to scope out the venue together and figure out what shots could work best on the day. Lisa Clelland of Rich Pictures (richpictures.co.uk) sums up exactly what a couple will get out of a pre-wedding shoot: “The benefits include discovering locations for pictures, seeing an end product of a casual image they like and getting a beautiful frame for signing too!” 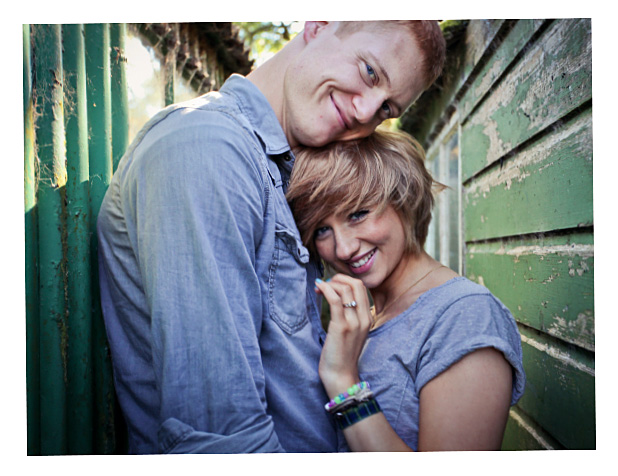 Where’s best to shoot? For their pre-wedding photos, some couples will choose their home, others a park and some a special place – such as where the groom proposed, for example – but most photographers agree that shooting at the wedding venue will be invaluable experience for the day. As Lisa Clelland explains, “The wedding venue is generally the best location for the pre-shoot. We can discuss all the picture locations we will use for the day itself, taking into consideration the fact that it could be raining.”
The question most frequently asked by brides-to-be is – what do you wear? This will largely depend on where your venue is, but as a general rule avoid his-and-hers bright white blouses. “Not only will you look like the Wham! appreciation society,” says Gareth Owen of GO4 Photography (go4photography.co.uk), “but the camera hates it too. Just dress sensibly – walking around a reservoir in a pair of Jimmy Choos, for example, is not a good idea.” When should we get them done? The weeks leading up to the big day will be hectic, but this is when a pre-wedding shoot will be most effective. Chances are the weather will be similar to the wedding day’s, so your photographer will know what to expect in terms of lighting and natural surroundings. For example, a beautiful wooded area can hide spots of amazing flowers and trees, allowing for gorgeous photographs at a summer wedding. But if your pre-wedding shoot is in January, these might be left undiscovered. “I would suggest you have a pre-wedding shoot about three to four weeks prior to the day. By then most couples have the final details in place,” says Ali Cleary. If you were incredibly well organised, you could even schedule the shoot to be exactly a year prior. “I shot one couple in March 2012 but their wedding isn’t until March 2013. That allowed me to shoot under light conditions that will hopefully be very similar to the big day when it arrives,” explains Ali. 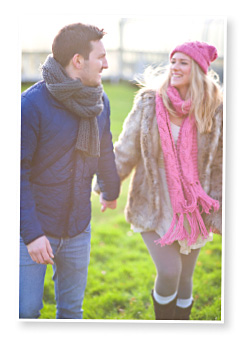 How long will it take? A typical shoot can last anywhere from 30 minutes to a couple of hours. “I usually arrive about half an hour before the couple to look around and plan for a rainy day and a sunny day. When the couple get there I’ll ask them if they have any preferred spots and I suggest my favourites. We then do some practice shots at each location,” says Alice Alves. “On the wedding day there will be no time to go and see all the areas, so after the pre-wedding shoot the couple come back to the studio and we chat about the ones they liked and I can then target those areas on the wedding day.”
Often, a pre-wedding shoot is built into the photography package. But if you don’t have one set up, “the typical price would vary from £100 to £250 depending on the photographer,” says Gareth Owen. What happens next? Most photographers should take around two weeks to get the images online for you to have a look at, but this will depend on how busy they are. “The pictures should make the client say, ‘Wow! Is that really us in those photographs?’” believes Gareth Owen.
With all the other expenses a wedding incurs, it’s important to remember that, in most cases, the photoshoot is complimentary, so don’t feel you have to buy lots of prints. And, in the worst-case scenario, if you hate the photos, be honest with the photographer – at least they’ll know what to change when it comes to the day that really matters.

Before, during and after: your wedding photographer can capture your big milestones

Shutterbug Zaria Sleith is on hand to document your special day