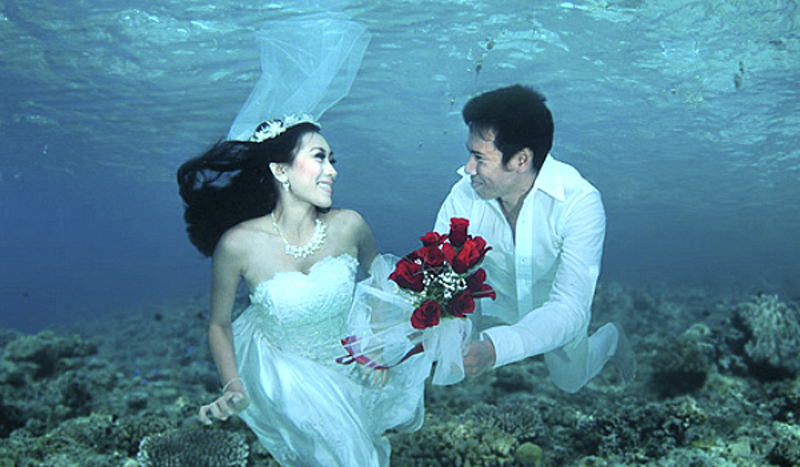 Getting married under the sea may sound like a scene from The Little Mermaid, but it’s very much a reality and something that hordes of couples will be doing this Valentine’s Day. More than 30 couples are set to take part in Trang’s annual ceremony, now in its 17th year, that will see the betrothed divers enjoying a parade through the streets of Trang and engaging in traditional Thai celebrations on the beach before literally taking the plunge to complete the wedding formalities underwater. 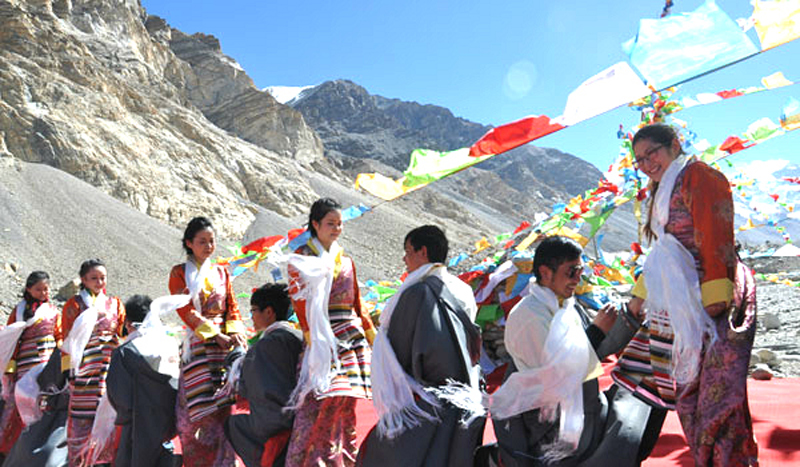 If you think your own wedding will leave you feeling on top of the world, then what about the Nepalese couple who became the first people to wed on the world’s highest peak back in 2005? It was something of a shotgun affair, with the ceremony lasting just ten minutes and the bride and groom briefly removing their oxygen masks to say their vows. If the trek to the top of Mount Everest seems a little too far then you could follow the lead of a Czech couple who tied knot at base camp. 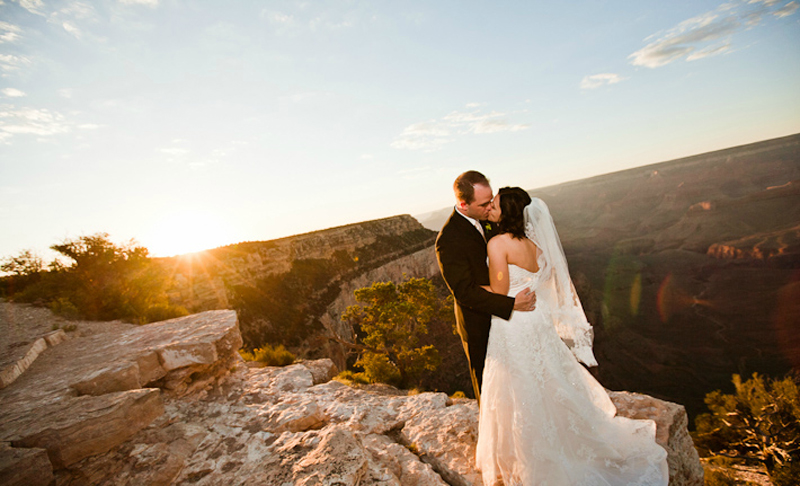 If you want your ceremony to be small and intimate then making your guests trek to the highest viewpoint in the Grand Canyon National Park is one way to keep numbers down. Special permits are required for weddings in the park but the breathtaking views make it a popular choice. Just ten people can fit on the 8,800ft high Point Imperial viewpoint, but there’s space for ten more in the nearby picnic area. 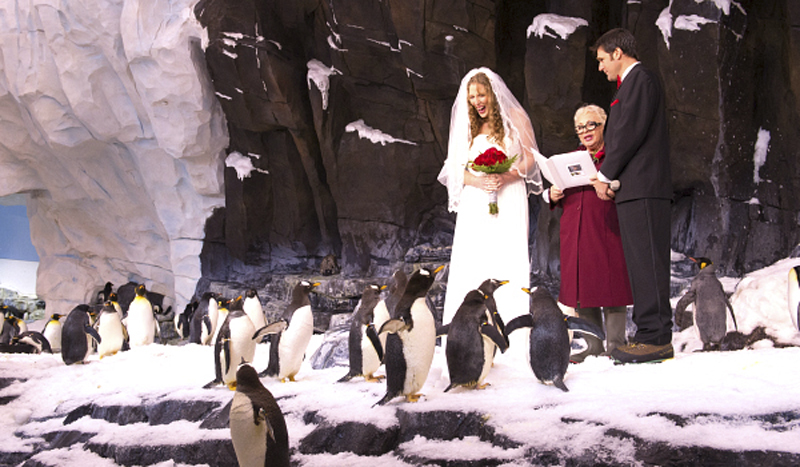 Would you travel to the ends of the earth for your husband or wife-to-be? Some couples literally have, braving the extremities to tie the knot in Antarctica. Scott Island is about as extreme as they come, only accessible by helicopter, but that didn’t stop shiphands Andrew Perry and Molly Kendall becoming the first people ever to get hitched there when they exchanged vows in fetching orange thermal suits in 2009. 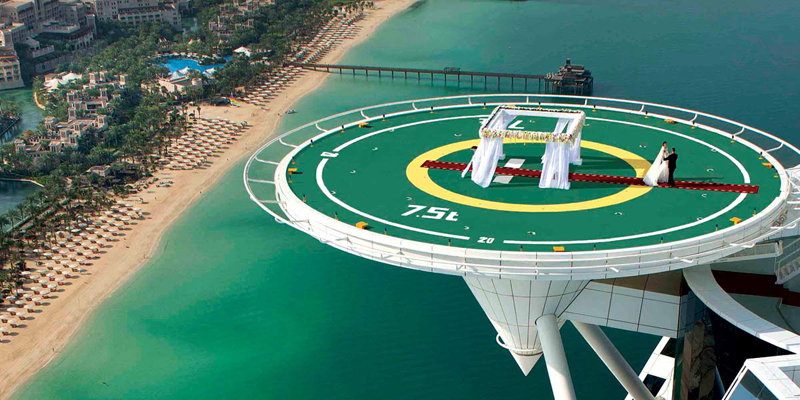 Billed as the world’s most luxurious hotel, extreme opulence is the name of the game here. Enjoy butlers, a fleet of Rolls Royce cars, jacuzzis in every room and the most attentive service imaginable. If you’ve got a head for heights then you can have a ceremony with panoramic views from an upper floor but if you’d prefer to stay grounded then head outside to the beach or in the glamorous garden alongside the hotel. 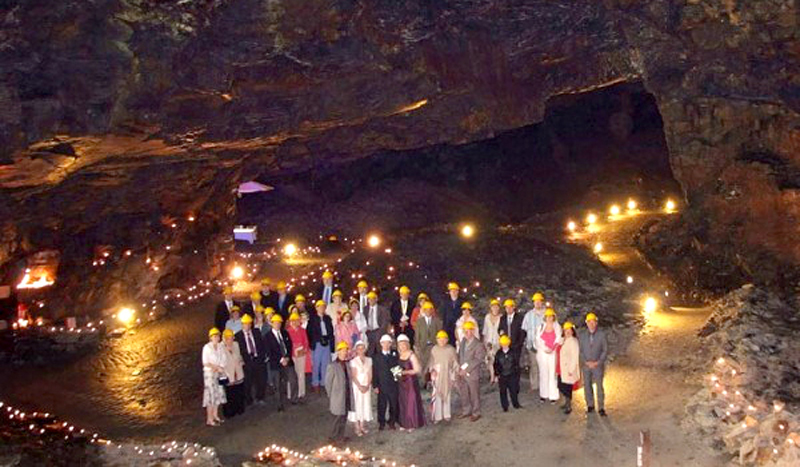 Go underground for a magical ceremony that will astound your guests when they lay their eyes on this mystical underground lake within a candlelit cavern. The happy couple can travel by cute rowing boat while the the nearby Rum Store cave – used by the navy to store rum during the Second World War – is perfect for a reception.

The Great Wall of China 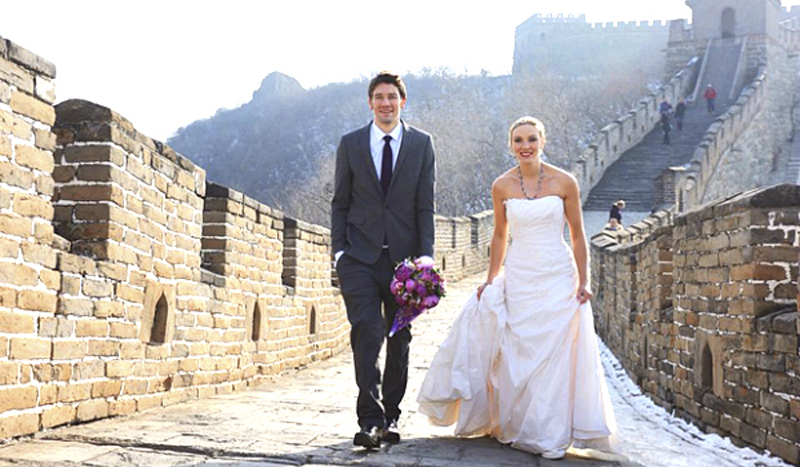 For a wedding with wow factor, choosing a venue that is visible from space certainly is one way to plan a day that will be out of this world. The wall has been the scene of love stories galore over the centuries and these days ceremonies can be performed the Commune villas: modern private villas that are as striking as the landscape that surrounds you. 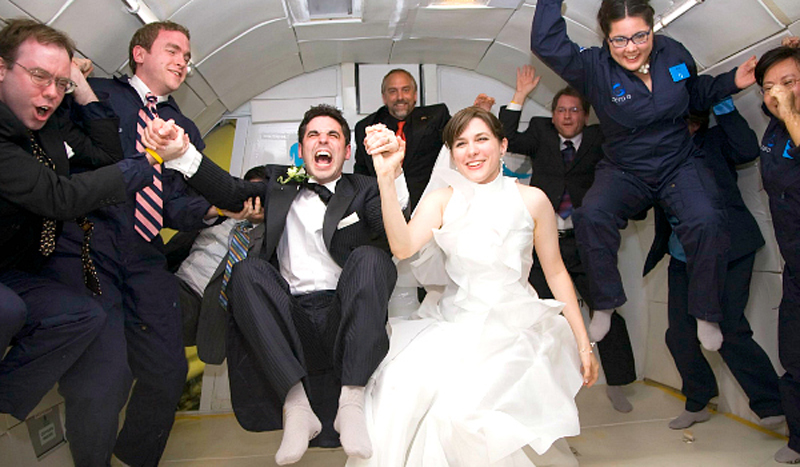 Believe it or not, two bookings have already been made for this truly out-of-this-world wedding experience. Virgin Galactic is already taking reservations for the first ever tourist space flights and apparently two of those have been from loved-up couples keen to celebrate their nuptials among the stars.

Chillisauce.co.uk is one of the UK’s largest and fastest growing event agencies. They deliver thousands of innovative, forward thinking and often exclusive experiences and events for over 140,000 consumers each year, in over 50 destinations worldwide.

Welcome to Tie the Knot Scotland!

You’re planning your first hen or stag party – no clue? No bother! Help is at hand