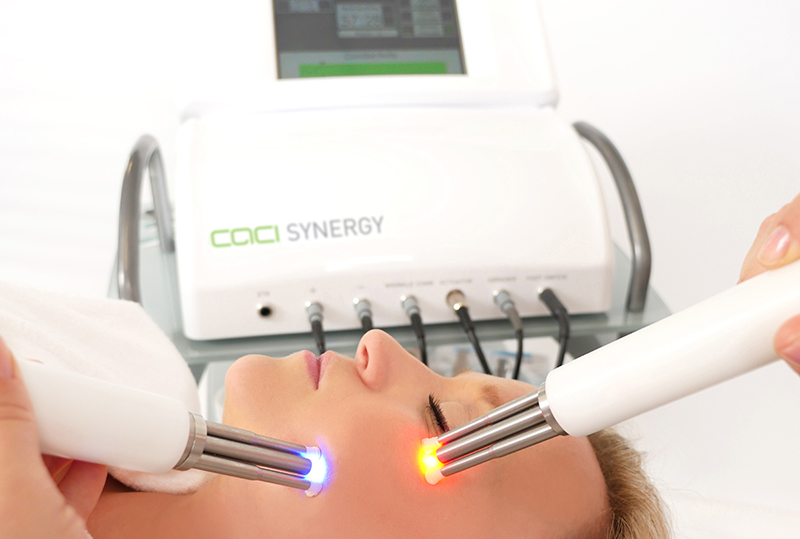 Cast your mind back to before you had your first facial. What did you imagine it’d be like? I still resent the absence of a big Eighties face steamer and would have subjected myself to my aunt’s cautionary tales of beauticians kneeling on the bed squeezing blackheads out. And that’s because I already have a good skincare regime in place – whilst someone cleaning my skin, before giving it a thorough exfoliation, tone and mask is relaxing, it’s no more than I’d do on a rainy Sunday myself (and I even bought the steamer on special in Lidl).

That’s why I was so impressed by the CACI Synergy non-surgical facial-toning treatment at One Spa – Sheraton Grand Edinburgh. It has more steps than a Nineties night and the impressive range of gadgetry that I’d been lusting after. The company behind the technology, CACI International, has been at the forefront of non-invasive aesthetic treatments for over two decades and the new Synergy system uses LED microcurrent technology to regenerate skin and stimulate collagen.

Head therapist Danae explained the sequence before we began the 90-minute treatment. Firstly, a scraper tool uses vibrations to pop blackheads and built-up makeup and product from the skin. Credit to her, she didn’t baulk when I (creepily) asked to inspect the tool afterwards to see what had come out. The grime did not disappoint, but I played it cool and opted against taking a picture.

The newly cleansed skin then underwent a file-based microdermabrasion (less downtime than the crystal equivalent). The removal of the dead skin cells has a noticeable brightening effect that I’ve noted from previous treatments so it’s worth considering in the run up to the big day. A light lymphatic massage with the tool also drained excess fluid, so that was my monthly water retention dealt with. 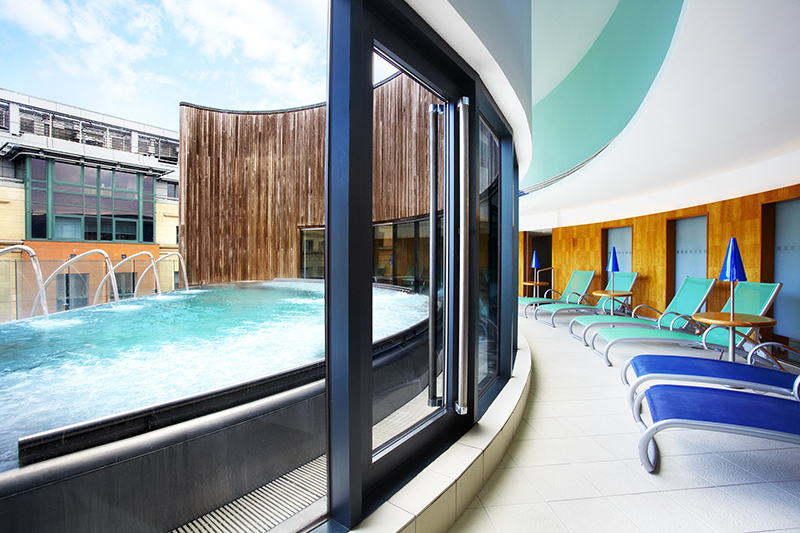 Then comes the anti-aging firming element that CACI is most renowned for. Two LED probes – one blue to combat redness and blemishes, plus a rejuvenating red light that’s supposed to turn back the clock – were pummelled over my cheeks, forehead and chin.

Before we started, we’d discussed areas of concern to be tackled with a spiky little gadget called the wrinkle comb. A barrier cream was applied to minimise pain, but I could hardly feel anything. Danae let me try what it felt like without the cream in a small spot next to my lip and the currents instantly zapped away and tensed the muscles. I’m a firm believer in the ‘if it hurts it’s really working’ but I’m also a bit of a wuss so this couldn’t have been a more perfect compromise.

Finally, a hydrating mask was applied with different rollers to open and then close the pores, allowing the mask to really penetrate the skin and lock in all the goodness. All in all, every box is ticked with this treatment – it’s an amped-up version of your normal routine, with no downtime and noticable results, making it ideal for pre-wedding pampering.

Speaking of which – don’t rush off after your facial. One Spa’s pools and thermal suites are a must-visit, from floating around in a rooftop hydropool or giving the rest of your skin some TLC in the hammam and laconium, it’s a calming oasis in the middle of the bustling capital city.

The CACI Synergy non-surgical facial toning treatment lasts 90 minutes and costs £90. Find out more information on CACI here and get in touch with One Spa here.

TTKS Tries: A weekend at the Loch Lomond Arms Hotel in Luss