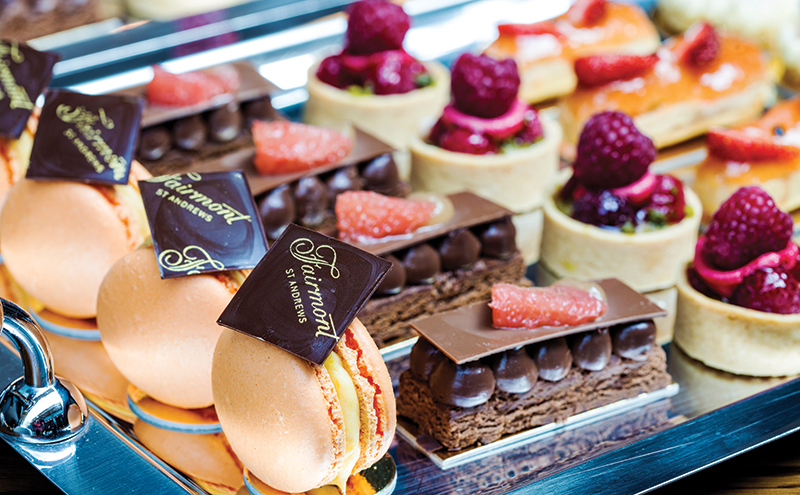 Since beginning his new role, Gerard has been responsible for transforming the dessert menus throughout the resort, including seasonal confections for the Savoy Afternoon Tea, as well as taking a pivotal role in the International Sunday Brunch, which launched at the hotel in June.

Gerard said: “I have been extremely lucky to work with some of the freshest produce in the country, but it doesn’t come much better than from the Fife region. I cannot wait to work with the team to establish new and innovative treats to share with the hotel’s patrons.”

John Keating, general manager at Fairmont St Andrews, added: “We are really excited to welcome Gerard and enjoy his culinary creations. His pâtisserie experience and passion for provenance will be reflected in our menus, and we are looking forward to his expertise taking the hotel’s culinary offering to the next level.”

A pre-wedding sampling of his delicious delights has to shoot to the top of your to-do list, surely?

Raise a glass to portable drinks bar Tipple in a TukTuk