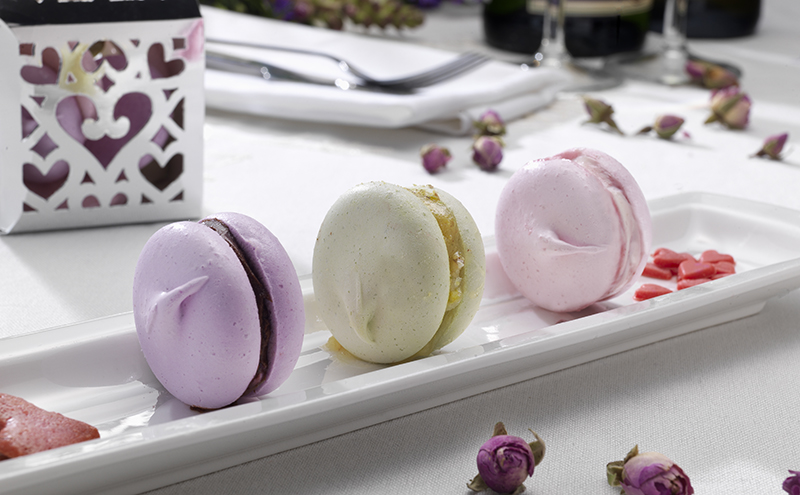 For those struggling to find wedding favours to suit every taste, Lees Foods has the tasty answer with its ‘macaringues’.

Since the ‘Great British Bake Off’ hit our screens eight years ago, we’ve become a nation obsessed with baking. First we were mad for cakes and croissants, but one French fancy that has particularly caught on is the macaron. These filled meringue-like biscuits have sky-rocketed in popularity as wedding treats.

However, as they’re typically made using ground almonds, it renders them unsuitable for those with nut allergies. Thankfully, Lees Foods’ macaringue alternative are much more suitable. The coloured meringue shells are deliciously sweet and harbour that quintessential almond flavour without the risk to those with sensitivities. They’re made using all-natural colours and flavours as well as being gluten free and suitable for vegetarians. Score!

The sweet almond flavour is derived from a compound found in fruit kernels which has a distinct almond flavour, meaning your guests will never know the difference. You can pick up 30 of these ready-to-fill shells in all major supermarkets for £2.99. We suggested stuffing them with homemade jam and a dollop of buttercream for a moreish mouthful.

Do your bit with wedding favours with a conscience

10 ideas for Scottish wedding favours from all over the country

Spread the love with charity favours on your wedding day