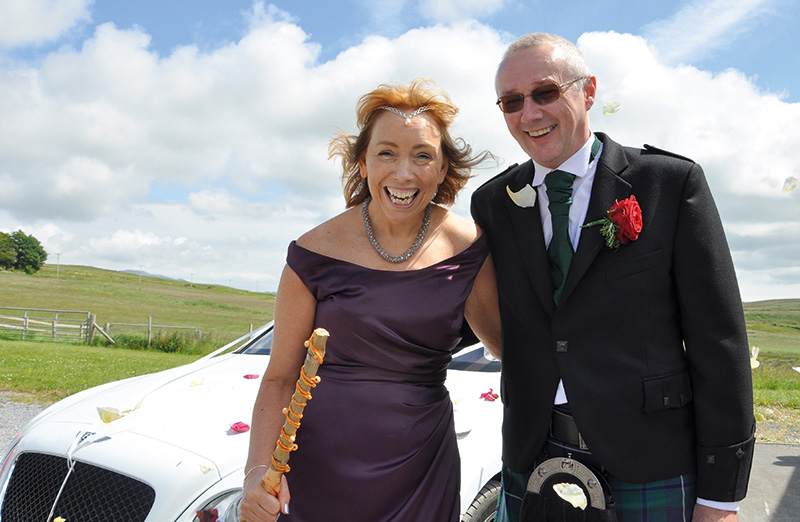 This was second time around for both Valda and Shaun, who admit that they approached wedding planning very differently this time. “Everything evolved over the course of a year,” explains Valda. Holding the ceremony at Finlaggan [a very ancient site on Islay] on the summer solstice was poignant she says, as “it marks the end of one cycle and the beginning of another.” The couple chose to have a handfasting and incorporated other Pagan elements into the ceremony too, including jumping the broom and serving mead in a quaich. “The wind dropped, the sun shone and the midges cleared as we made our vows,” recalls Valda. “Everything fell into place. It was a magical day with those that we love.”
Guests travelled to Islay from Lancashire (where Shaun’s family are from) and beyond to share their day, so Valda and Shaun treated them to “some good old-fashioned Scottish hospitality” – firstly at Ardbeg Distillery (for a get-together the day before the wedding) followed by the Bridgend Hotel (for dinner and dancing on the wedding day itself). “Lorna and the team at the hotel were wonderful,” notes Valda, who now has a special place in her heart for Mary at the hotel who stepped in at the last moment to read a Gaelic blessing at the reception.

Venues Ceremony at Finlaggan and reception at Bridgend Hotel, both on Islay.
Dress A Lela Rose gown.
Photographer Bill Baillie at Rainy Cloud Images captured the day “beautifully and unobtrusively”.
Flowers Fiona Doyle at Chatterbox Flowers. 01496 850139
Transport A brand-new Bentley from Cars for Stars for Shaun and Valda. Guests were transported in a coach from Mundell’s, AKA Islay Coaches.
Entertainment Ceilidh band Siar, comprising three talented Islay musicians “who were great at directing the uninitiated ceilidh dancing.” 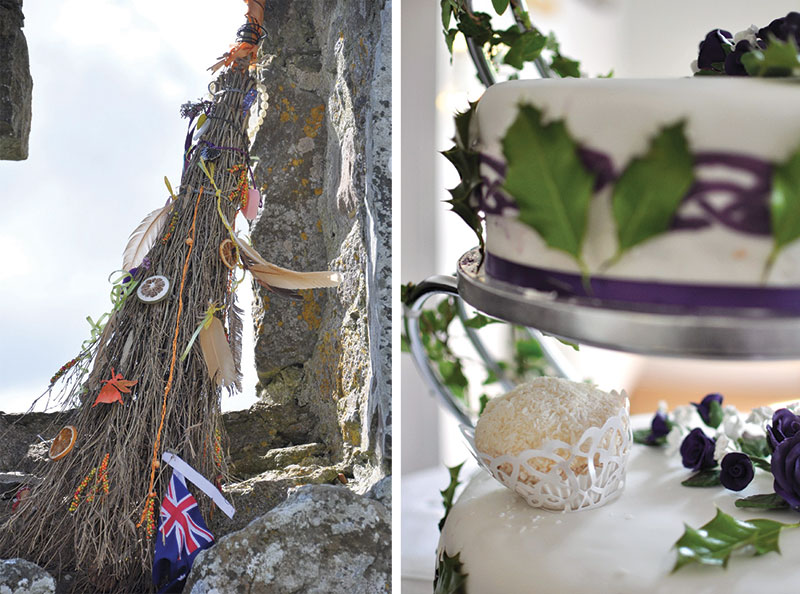 How to get the perfect confetti picture: Scottish wedding photographers share their top tips

Looking for a luxury boutique hotel venue with fabulous wedding menus? We discover what Dakota Eurocentral has to offer couples…

HOW TO: plan an outdoor wedding