Does the thought of an empty dance floor at your wedding fill you with dread? Worried about setting the right tone with your ceremony music? Let us take you by the hand and lead you to Boogie Wonderland as industry insiders reveal the tunes that they think complement each segment of the day. AS GUESTS ARRIVE AT CEREMONY “As the guests arrive, the overall atmosphere is one of anticipation. The songs that are chosen to fill this time should speak of romance and love and enhance the feeling that something wonderful is about to happen,” suggests wedding singer Roslyn Scoular of Roslyn Sings (roslynsings.co.uk). With this in mind, two songs she’d suggest are All You Need Is Love by The Beatles and Isn’t It Romantic by Rod Stewart.
If you’d rather your guests arrived to the elegant sound of strings, Beeston Arts String Quartet (beestonartsmanagement.com) has a few suggestions that might strike a chord. “While the guests are arriving, we aim to keep the music quite reflective – nothing too energetic – and we keep the volume down too, as guests are likely to be meeting for the first time or after a long gap. We’re often seated quite close to the front, so it’s good to have relaxing music to keep the groom calm,” says Liz Beeston. “Popular pieces are nice at this point, and we like to keep to ‘classical’ styles like Mozart’s Divertimenti, Fauré’s Pavane, the Salut d’Amour by Elgar and Bach’s Air on a G String.” THE WALK DOWN THE AISLE This is the ‘drum roll’ moment of the day, as everyone waits with baited breath to see the bride. “The walk down the aisle is the bride’s moment to shine. The music that takes her down the aisle should complement, but not overshadow her,” suggests Roslyn Scoular. “Ave Maria and All The Way by James Darren are both beautiful songs that add to the elegance of the occasion without being too imposing.”
“Without a doubt, Pachelbel’s Canon is our most popular bridal entrance,” reveals Liz Beeston. “It’s beautiful – elegant, romantic and perfectly-paced. We never get tired of playing it. Other popular entrance requests are Handel’s Arrival of the Queen of Sheba, The Secret Wedding (AKA the theme from Braveheart) or pieces that are pertinent to the couple.” 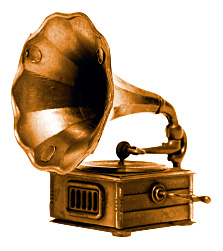 SIGNING THE REGISTER “For the signing of the register, we can afford to be more of a focus, since our role is entertaining guests whilst the paperwork is done,” suggests Liz Beeston. “We would expect to play at least one piece – maybe Clair de Lune by Debussy or Massenet’s famous Meditation – in full, with the option to play on if guests take the opportunity to take their first photos of the newlyweds.” Liz feels strongly that the music at this juncture should reflect the taste of the happy couple, so the quartet can also learn an arrangement of a special or favourite tune if it isn’t already part of its extensive repertoire.
Roslyn Scoular is often asked for two timeless classics at this point: Fly Me To The Moon by Frank Sinatra and Your Song by Elton John. “After all, it should be a song to celebrate love,” she muses. LEAVING THE CEREMONY The music at this point should provide a nice transition from the ‘formality’ of the ceremony to the ‘party’ of the reception. “I think a more upbeat number is appropriate. Better Together by Jack Johnson and Greatest Day by Take That have both become firm favourites,” says Roslyn Scoular. Liz Beeston agrees that the exit music is nearly always more “lively” in character. She’s frequently asked for Mendelssohn’s iconic Wedding March, Vivaldi’s Four Seasons, Rejouissance by Handel, as well as more modern requests such as The Beatles’ All You Need Is Love. THE DRINKS RECEPTION “Time to party now! We see our role at the drinks reception as entertaining the guests while the newlyweds are getting their photos taken and gradually working their way around the guests,” says Liz Beeston. “We tailor our blend here to accommodate not only the guests’ ages (great aunts and grannies tend to love a bit of Gershwin’s Embraceable You or Begin the Beguine by Cole Porter, whilst the youngsters may enjoy our version of Coldplay’s Viva la Vida, alongside numbers by Adele and Oasis. For everyone in between, we have a great selection of show tunes (Chicago, La Bamba, Mamma Mia), film themes (Moon River, Ladies in Lavender) and easy listening (Over the Rainbow and Moonlight in Vermont).” THE WEDDING BREAKFAST Whether you play an iPod or have live entertainment at this point, bear in mind that you want to start getting people in the mood for the reception that will follow. “I find that a good mix of well-known, slow and more upbeat songs like Songbird by Eva Cassidy, Brown-Eyed Girl by Van Morrison, Hello by Lionel Richie, and Dream A Little Dream by The Mamas and The Papas does the trick,” says Roslyn Scoular. 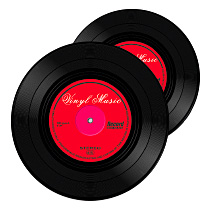 THE FIRST DANCE For many couples this will be an easy decision to make, but if you still can’t agree on how to kick off the evening, Del Cotton at Hireaband (hireaband.co.uk) takes us through his top five fail-safe favourites for your first dance.
1. Can’t Take My Eyes Off You by Andy Williams. “Everyone knows it and it has a really happy up tempo section that never fails.”
2. Everything by Michael Bublé. “A classy song with a nice happy, swingy feel to it. Very romantic lyrics too.”
3. Let’s Stay Together by Al Green. “A timeless classic that will still sound great in 10 years time when you’re watching your wedding video.”
4. Greatest Day by Take That. “Listen to the lyrics – it sounds like it was written on purpose to be a first dance at weddings!”
5. Close to You by The Carpenters. “This song just oozes class and it’s easy to dance to! Perfect lyrics and one of the prettiest songs ever written.”
Take That’s Greatest Day is also one of the most requested first dance songs encountered by Waterfront (waterfrontshowband.com). Stephen Lauchlan of the band also suggests that I’ll Be There by the Jackson 5, Alone by Heart and Chasing Cars by Snow Patrol are great tunes to take to the floor for your first time as Mr and Mrs. THE CEILIDH There’s no better way to get guests onto the dance floor than a good old-fashioned ceilidh. Matt Carlyle of Hielan Coo Ceilidh Band (hielancoo.weebly.com) shares his recipe for ceilidh success. “Most of the ceilidh dances have ‘original’ tunes associated with them – such as Dashing White Sergeant and St. Bernard’s Waltz – so we would play these, but we also include tunes in our sets that people will know and can sing along to,” says Matt. “Gay Gordons is the most well-known ceilidh dance and it’s always good to include Scotland The Brave in that set.”
Neil Brunton of ceilidh band Furory (furory.co.uk) agrees that Gay Gordons is a guaranteed way to get guests jigging. “It’s especially good as so many different tunes can be adapted for it. We once played the Indiana Jones theme in the middle of it for a movie fan’s wedding,” he reveals. “I’d also suggest the Canadian Barn Dance, St. Bernard’s Waltz and the Orcadian Strip The Willow – it’s so simple and involves everyone.”

THE LAST DANCE “Many of our clients come to me looking for alternative suggestions to end the night,” reveals Stephen Lauchlan. Over his band Waterfront’s 13 years in business, he’s tried them all! “In my experience, the only way to draw proper closure to the evening is to have the traditional ending of everyone in a circle. It may not be everyone’s favourite style of music, but this way it involves all the guests (including the non-dancers) and everyone then knows that the night has been brought to an end,” continues Stephen. Auld Lang Syne is made for the role, but what other songs are good for bringing the night to a close? “Loch Lomond is almost compulsory, if a bit predictable,” says Del Cotton, though it tops both his and Stephen’s top five last dance list. They both also suggest I’ve Had The Time Of My Life (from the film Dirty Dancing) and 500 Miles by The Proclaimers, with Del further recommending Dignity by Deacon Blue and Doesn’t Mean Anything by Alicia Keys.