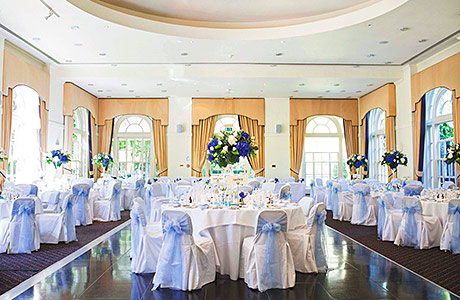 Balbirnie House has once again taken the top wedding gong in the country: the 2014 Scottish Wedding Hotel of the Year. Rather incredibly, it’s now eight times in the last 10 years that the Fife venue has taken home the biggest wedding award at the Scottish hotel industry’s equivalent of the Oscars. It’ll have to make even more room on a mantelpiece, as on the same night, Nicholas Russell, owner and MD of the hotel was awarded ‘The Fellowship’ – a one-off yearly award that’s the highest individual accolade at The Scottish Hotel Awards. Congratulations Team Balbirnie! 01592 610066, www.balbirnieweddings.co.uk

11 blank canvas wedding venues you can style your own way