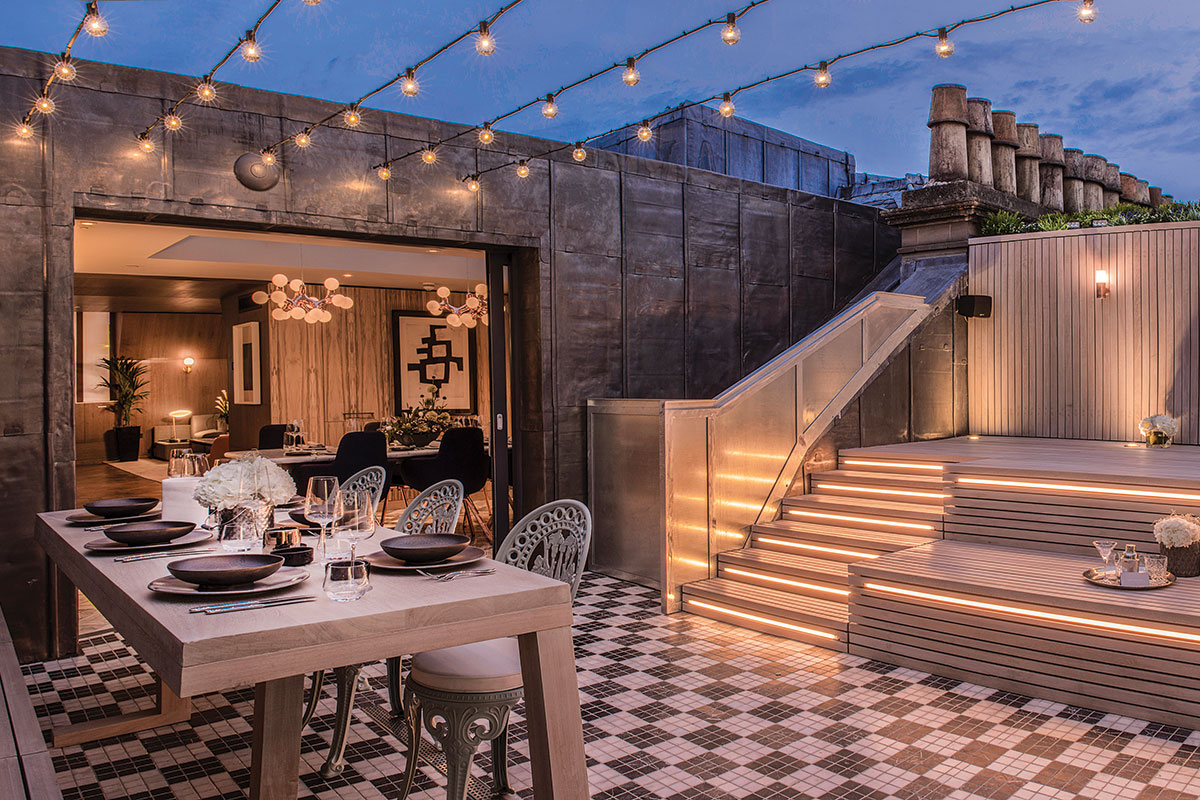 For the biggest night of your life, you’ll only want the best – so how about the Penthouse Suite at Glasgow’s Blythswood Square Hotel? Accessed via a private lift, it has an expansive living space, steam room, spa bath and roof terrace that looks out across the city. It costs an eye-watering £2,500 a night, but if it’s good enough for the likes of Kylie and Hugh Jackman…

As soon as you enter the Busby’s suite you’ll want to take off all your clothes – but not for the reasons you’d think. Step into the luxurious private outdoor jacuzzi, and you’ll feel like you’ve swapped Scotland for Scandinavia. It’s getting hot in here… 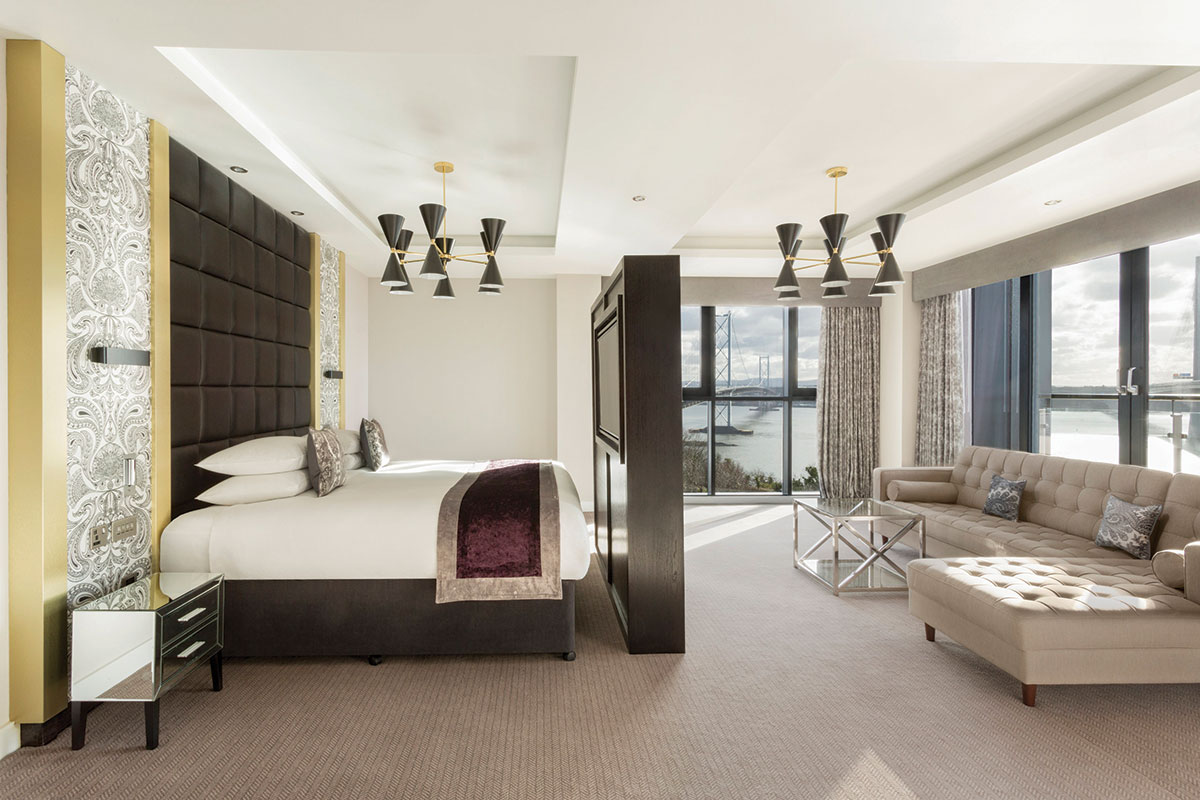 The Forth’s Queensferry Crossing is one of our most striking new landmarks, and new venue Doubletree by Hilton Edinburgh Queensferry Crossing really takes advantage of its proximity to it: two of its four Executive Suites occupy the enviable corner slot, offering a floor-to-ceiling panorama of the awe-inspiring bridge. Lush. 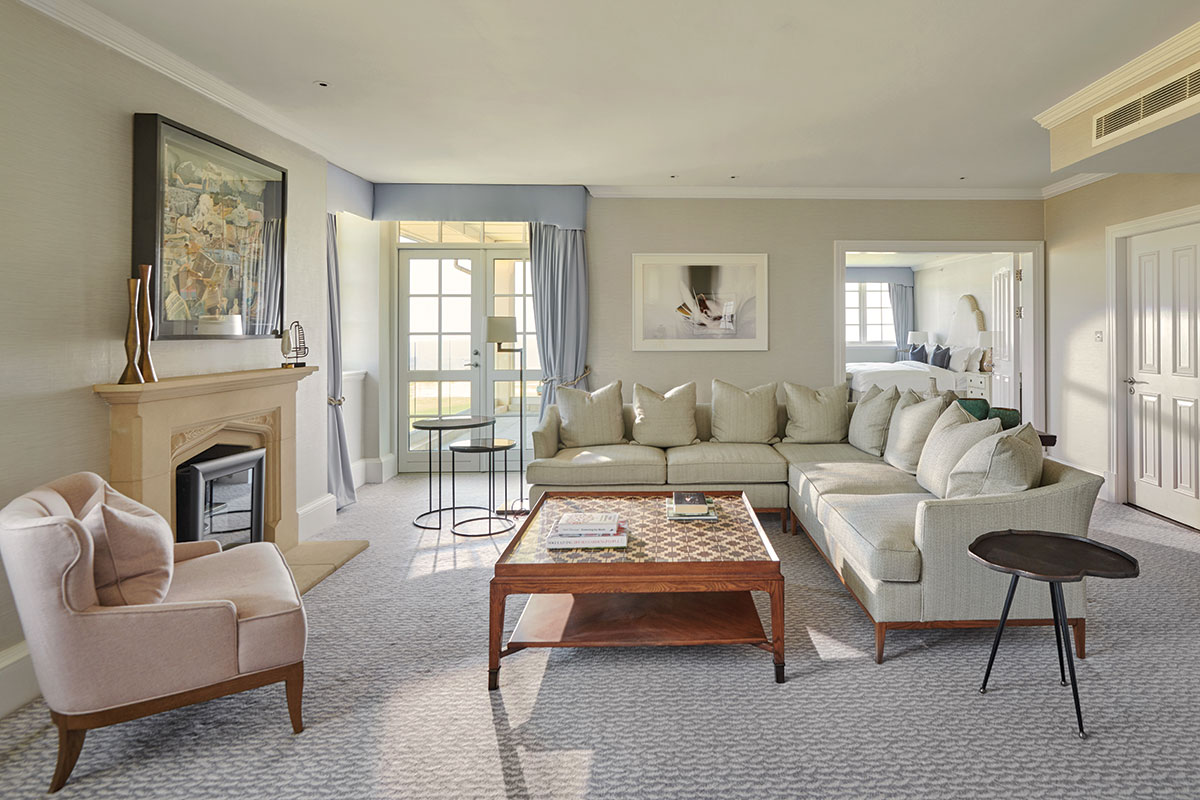 Fairmont St Andrews is renowned for its unapologetic luxury, and its Kingdom of Fife Suite is no exception. Though it comes complete with king-size bedroom, walk-in shower and a separate living room with its own fireplace, you might want to forsake all that to enjoy the stunning vistas from the exclusive balcony. 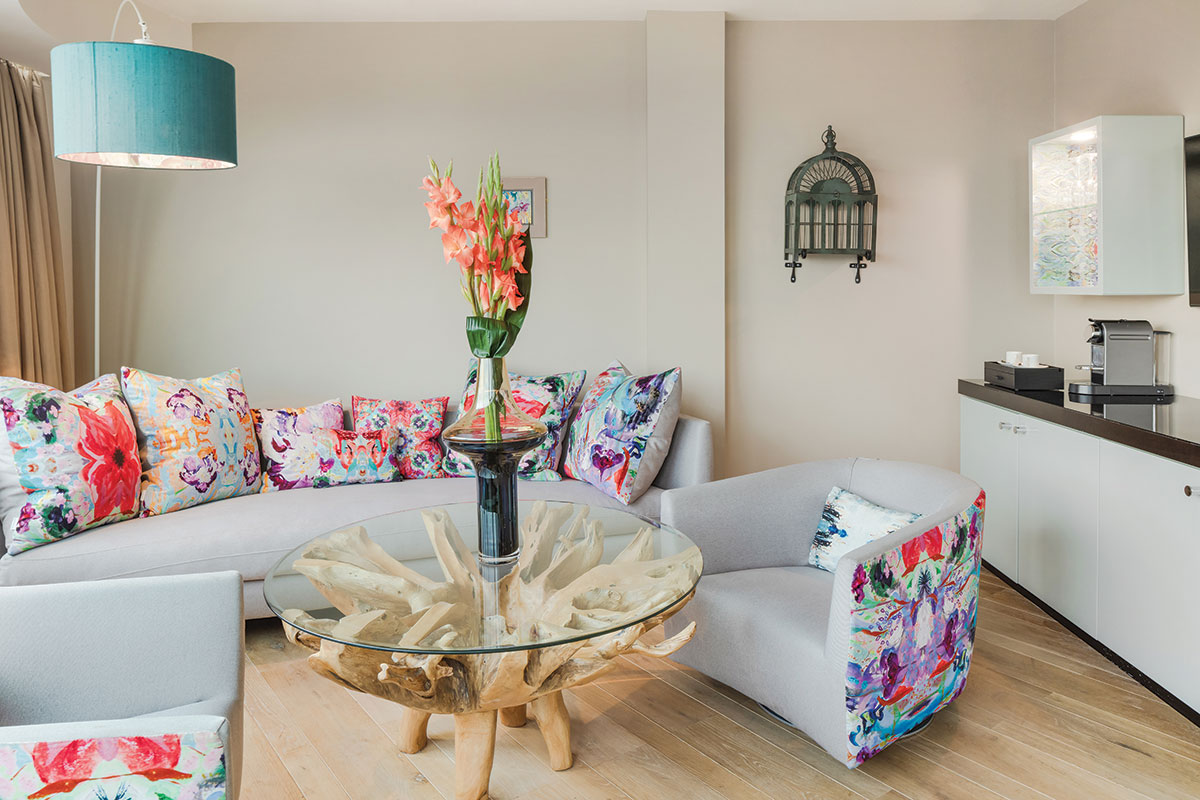 The Radisson Collection is housed in Edinburgh’s former Missoni Hotel, and its fashionable roots are evident in its splendid suites. The Garden Paradise Suite is the most spacious of the bunch, and was brought to life by textile designer Hatti Pattisson. 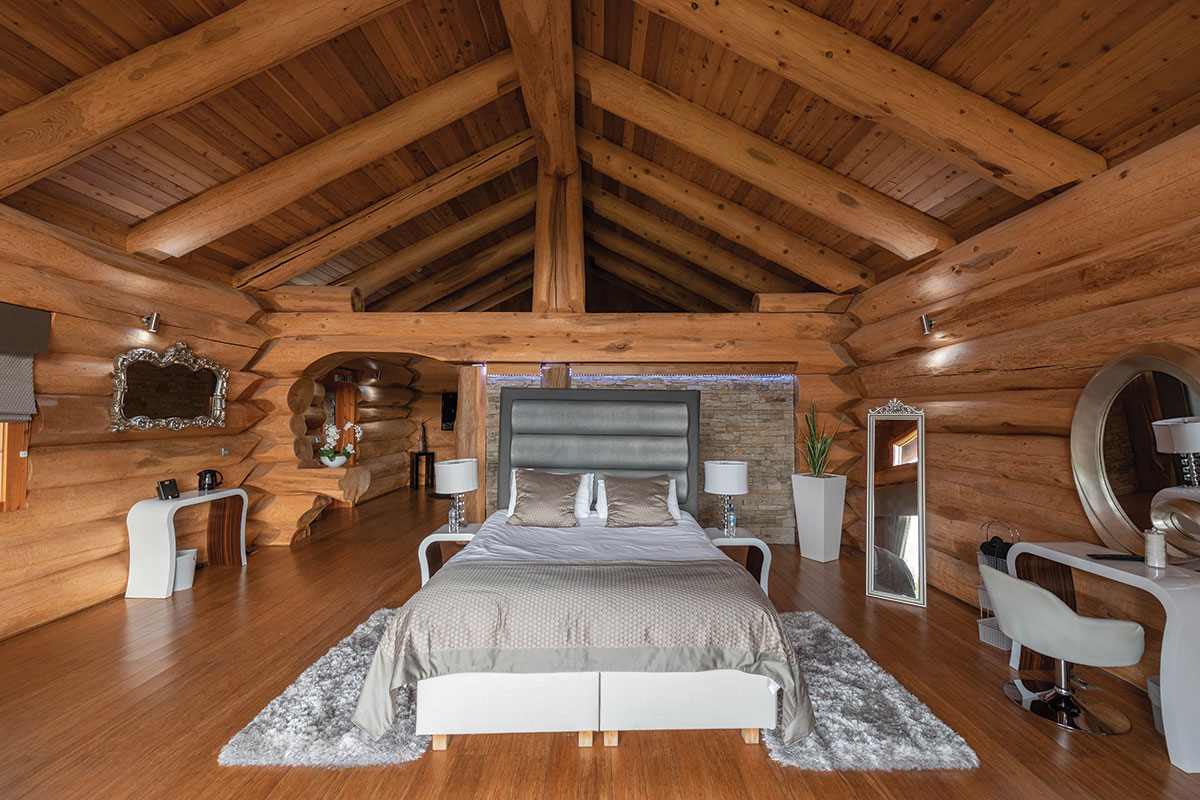 Shut out the world and cosy up with your new spouse by spending the night in one of The Vu’s imported Canadian log cabins. Wash away the day in the freestanding bath, before falling asleep in your own little wooden paradise.

Set over three levels in one of Cornhill Castle’s original turrets, the Balmoral Suite opened in 2018 after an ambitious redevelopment, and boy does it show. You can indulge in some R&R with the rainfall shower and jacuzzi bath, or take in all of Lanarkshire from the hidden lookout. 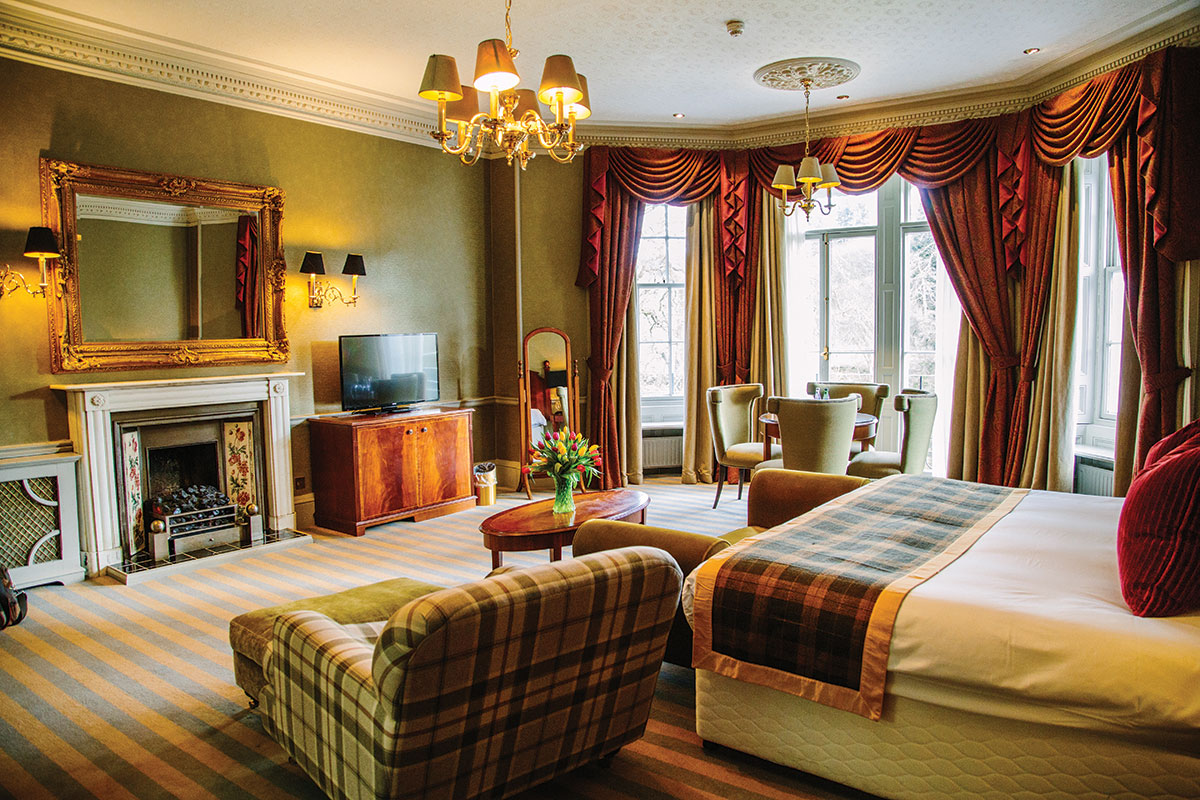 Give your wedding night the royal seal of approval with the Duchess Suite at Dunkeld House Hotel – enjoy a snuggle in the king-size bed, or gaze out at the River Tay from the balcony. The best of Perthshire awaits if you venture outside. 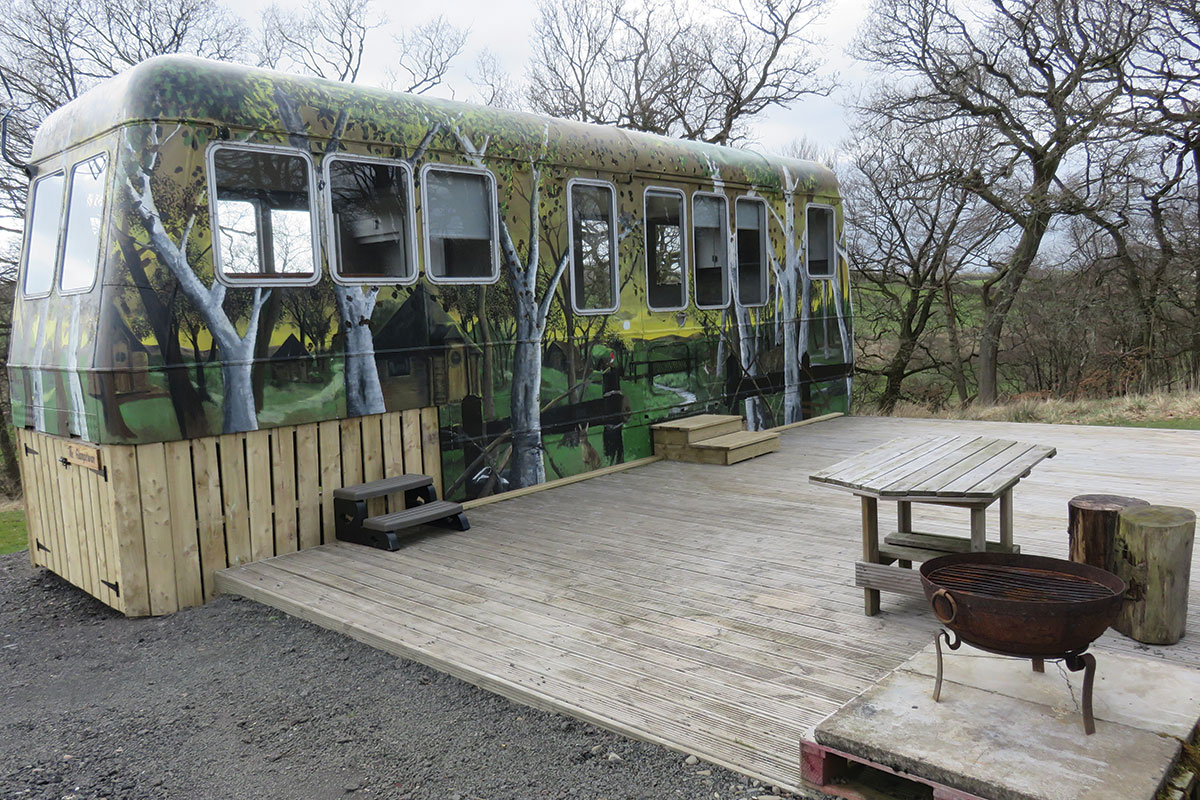 For something a little quirkier, try the Glampervan at Eden Leisure Village for size. You’ll need to provide your own bedding and crockery, but who cares when you can make use of the outside picnic table, firepit and decking area. Stargazing awaits.

This exclusive-use Edinburgh venue takes its on-site accommodation a step further: with only one room available, you and your beloved will be granted absolute privacy. The King’s Chamber at Riddle’s Court is a self-contained one-bedroom flat within the 16th-century venue, the last remaining merchant house on the Royal Mile. At least you won’t have to worry about waking up the neighbours. 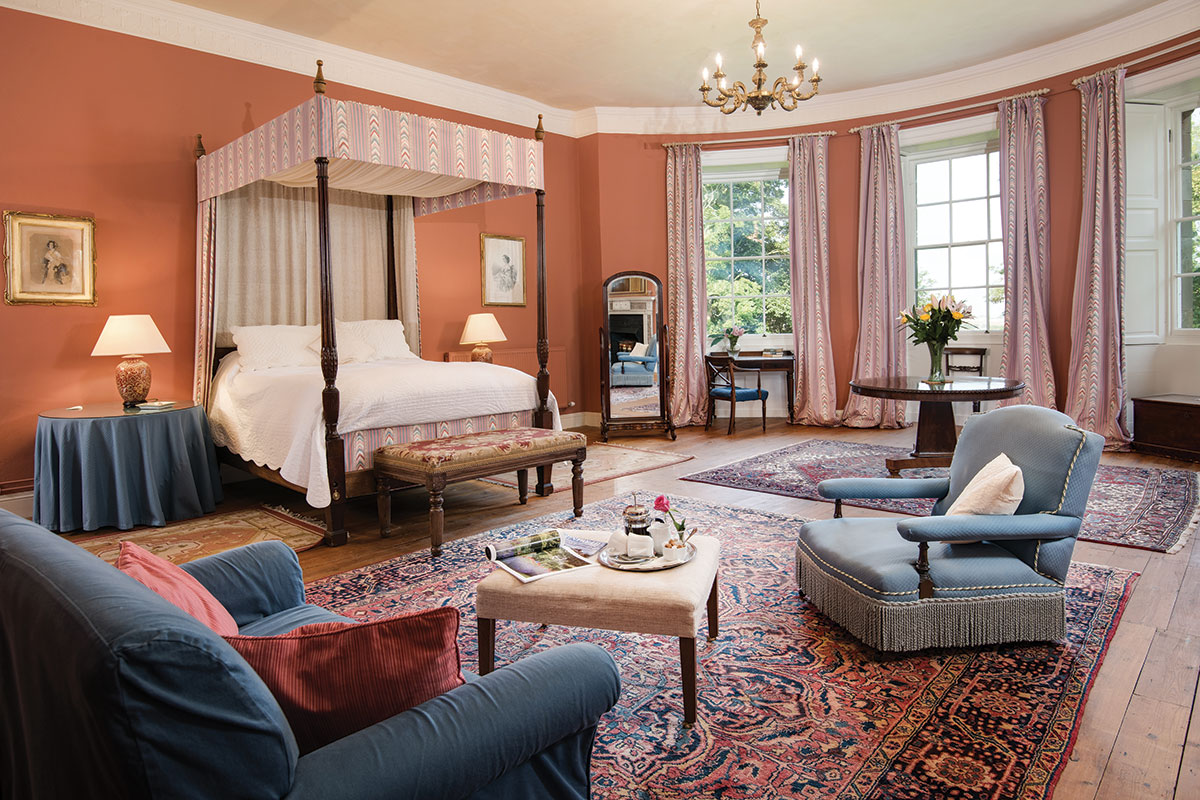 Wedderburn has a number of rooms for discerning newlyweds, but the most popular is Bedroom 1 – no surprise, considering the four-poster bed, octagonal turret bathroom and views across Berwickshire. Trust us when we say you’ll never want to check out. 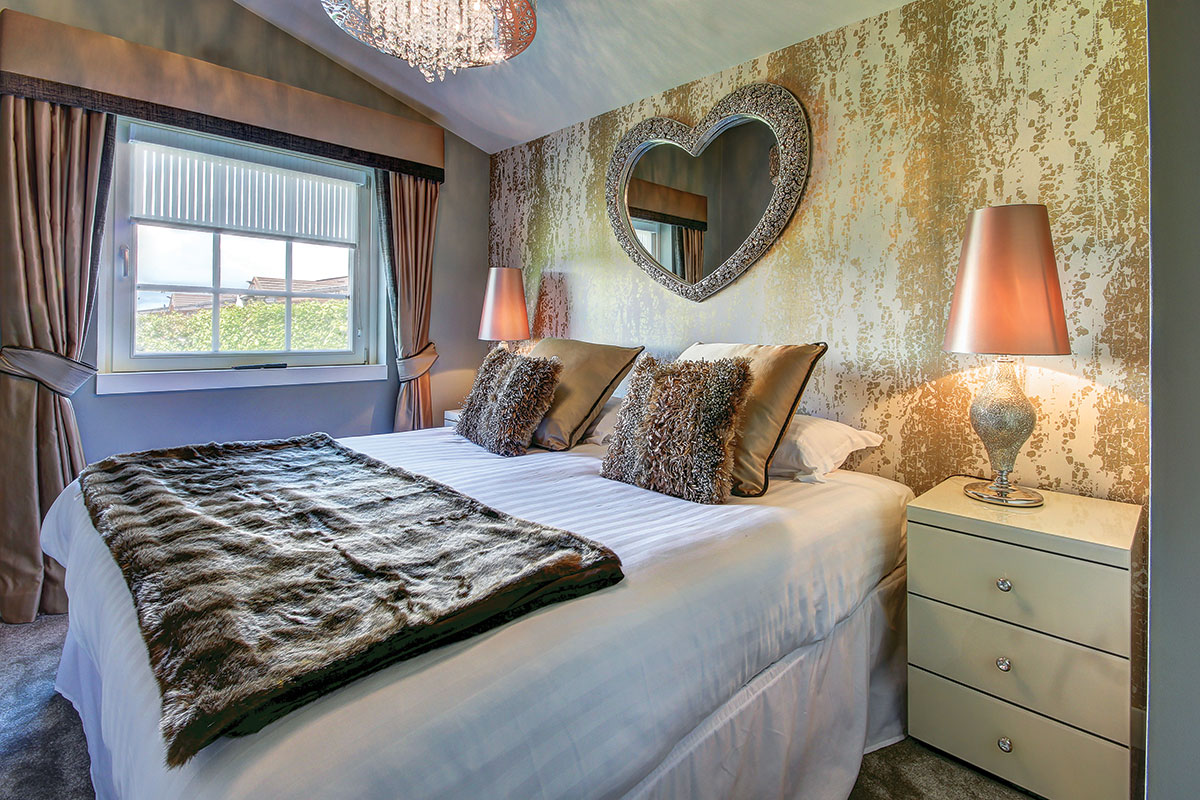 Couples who wed in the Connemara Suite at Ingliston Country Club in Renfrewshire usually retire to the lodge of the same name, which has its own hot tub and barrel sauna. Where better to raise a toast to married life?

Savour a relaxed, casual hen by dining out with Bill's Glasgow

Natural barn winners: we round up ten of the best rustic farm and byre venues in Scotland