Crystal balls? So last century. We’ve rounded up the professionals for some 2018 wedding day predictions you can really count on 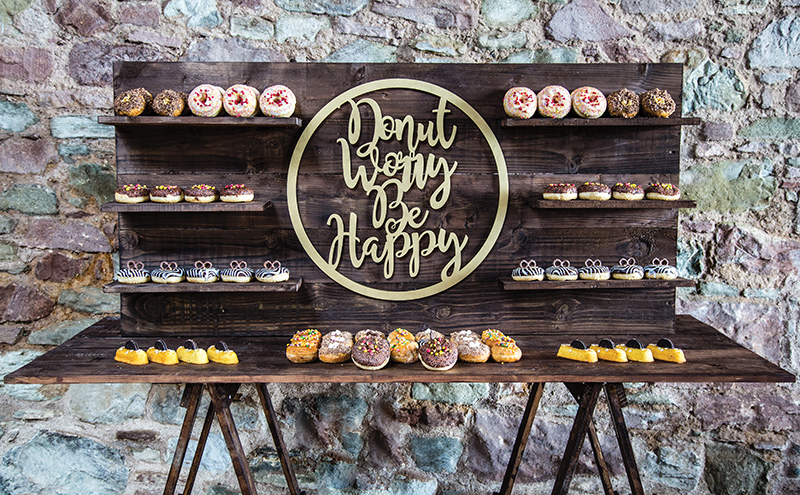 An American phenomenon that keeps on giving, styled food stations have been something of a thrilling oddity and rare occurrence this year – but as for next? You’ll be seeing them everywhere, promises Chris Naylor from Bespoke Catering & Events. “We have found our couples are increasingly looking to have their food not only taste amazing but also be visually stunning,” he notes. “They are turning away from a plated three-course menu and moving on to styled stations, from a ‘Catch of the Day’ seafood bar to our ‘Baby It’s Cold Outside’ hot chocolate, mulled wine and s’mores station.”

Traditionally speaking, the male of the species draws the short straw when it comes to w-day jewellery (where’s his rock?). But there’s a revolution underway, encouraging grooms to ditch bland bands and embrace something a little different. “We’ve seen a lot more rose gold pieces for gents, particularly wedding rings – this is down to the interest in engagement designs (shortly after Michael Kors released a watch plated in the metal) and people wanting rings to match,” explains Julia Black at James Brown and Partners. “It’s a dapper shade and many men have welcomed the look. For those who feel that the polished style is too much, a satin finish still gives you that lovely rose tone without the gloss.” 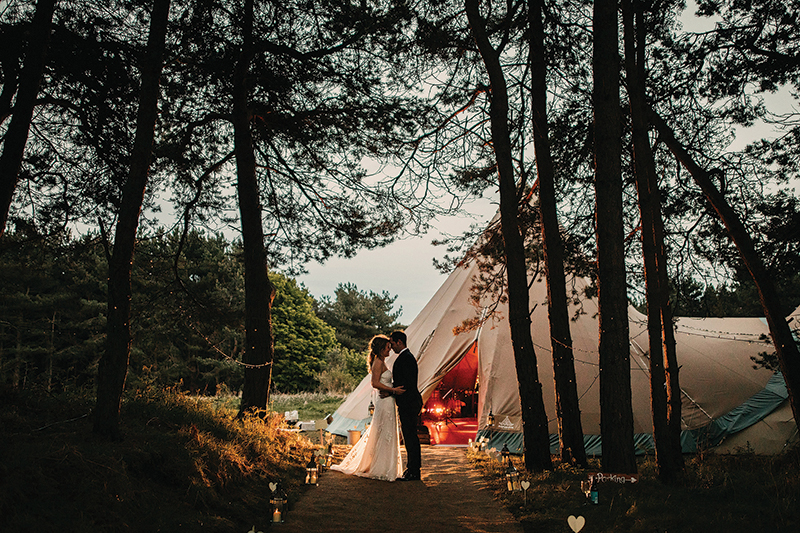 According to Sperry tent and teepee specialists PapaKåta, we’ve been going about this whole forward planning thing completely wrong. “Ironically, here at PapaKåta, we look to the previous year for our emerging trend predictions!” laughs the company’s Sally Pellen. “As the year ahead and the 2018 season fast approach, it’s often the current season’s stand-out themes that grab our attention and inspire us for the next.” What does Sally see as inadvertently influential in particular? “Following Pantone’s announcement that leafy Greenery was the colour for 2017, we, along with the rest of the industry, jumped in head first and looked to floral crowns and a ‘herb bar’ to give us a framework to bring the outside in,” she explains. “In contrast to this season’s all-green-and-white scheme, we believe there will be an injection of inky blues, deep reds and dusky pinks via taper candles and vibrant glassware.”

What does the future hold for our gift lists? “We predict that 2018 will be filled with more technology and experience gifts as couples want to explore and try new things together,” envisions Ali Beaven at Prezola, one of the UK’s biggest gift-list specialists. “Brands like Red Letter Days and Virgin Balloons are emerging for this reason, along with co-ordinating presents such as suitcases, beach towels and destination books. Couples are also making the most of including expensive technology that they wouldn’t otherwise be able to afford, such as robot vacuum cleaners, KitchenAid mixers, drones and speakers.” Is tradition on the way out? “Dinnerware will always be there,” she concedes. “But couples may branch out with pizza ovens.” 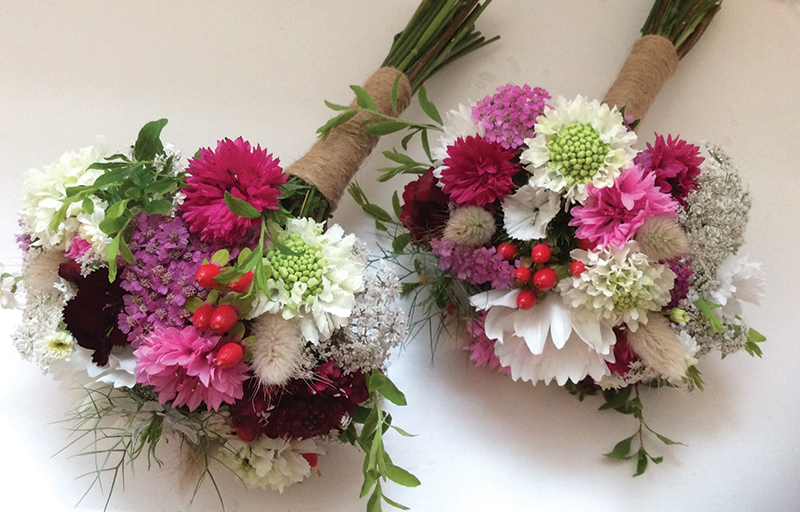 Catherine Duncan of Cloudberry Flowers in the Borders cultivates her very own blooms in her back garden. “Homegrown flowers in general are in demand,” she argues. “Just as people like to source their food locally and are becoming more aware of provenance, they are looking for scented, eco-friendly Scottish flowers that have encouraged wildlife and are completely unique.” What shape will bouquets take in 2018? “I trialled growing various grasses this year, including squirrel tail, hare’s tail and cloud grasses, and brides love them,” notes Catherine. “They add texture and movement. Daisies are also a favourite – I grow feverfew, oxeye and shasta.”

Have it your way: how to make bespoke jewellery work on a budget 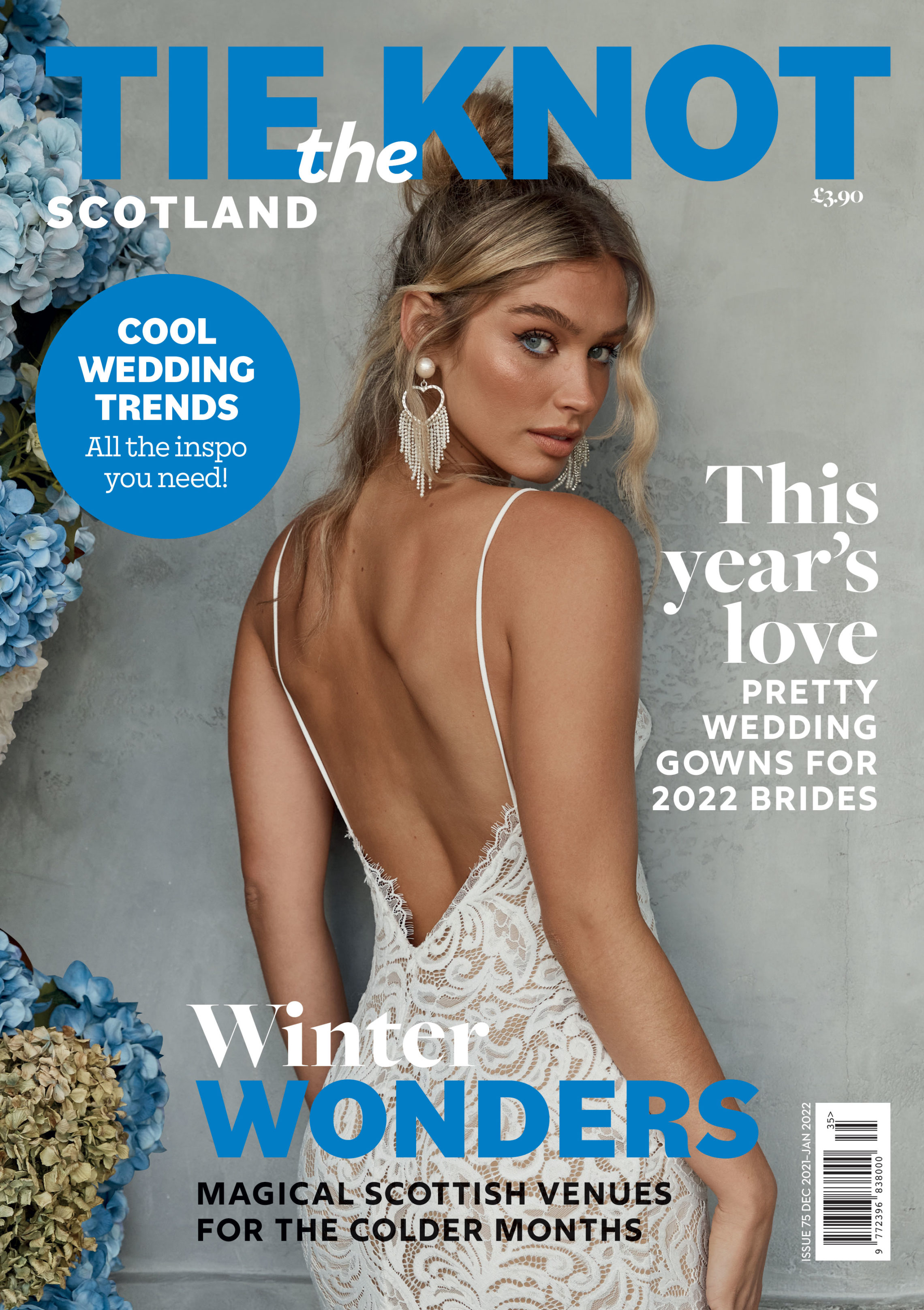 ✌🏻 This week's #WeddingoftheWeek is a bohemia