1. The Fizz Bar from Sweetest Traditions 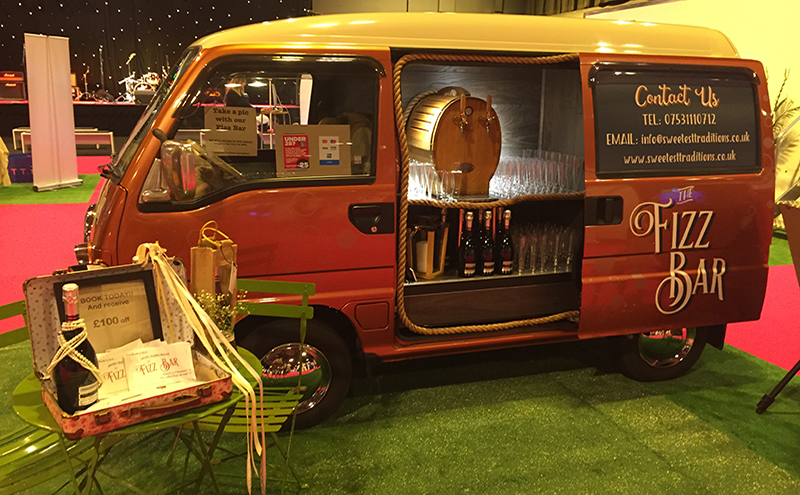 Add some sparkle to your drinks reception with this restored Subaru Sambar packed with a chilled keg of Frizzantè from Sweetest Traditions. There’s also a cocktail package for Aperol Spritz fans, as well as popcorn and candyfloss machines to keep your guests’ stomachs lined. 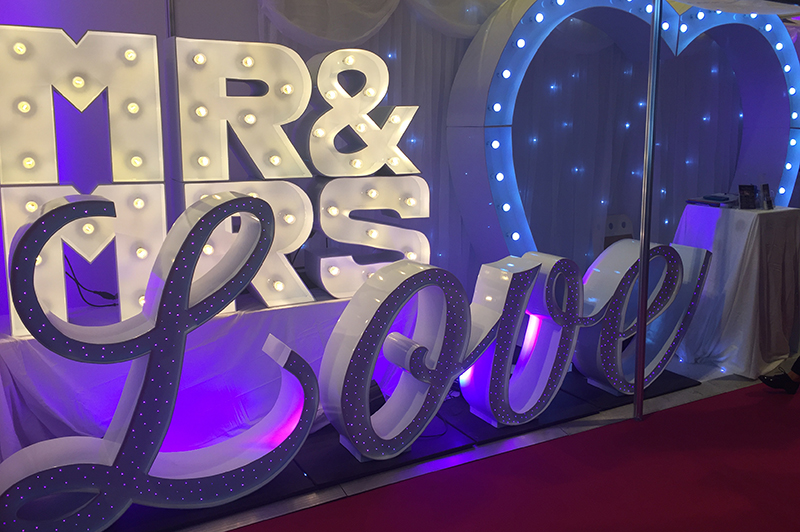 There’s been a spate of illuminated letters for hire over the past year, but this new heart arch and Love sign from Big Letter Event Hire will be something your guests haven’t seen yet. The Love sign opts for smaller LED lights over larger bulbs, meaning it can be synced with your music to change colours to the beat.

3. Arriving in style in a helicopter 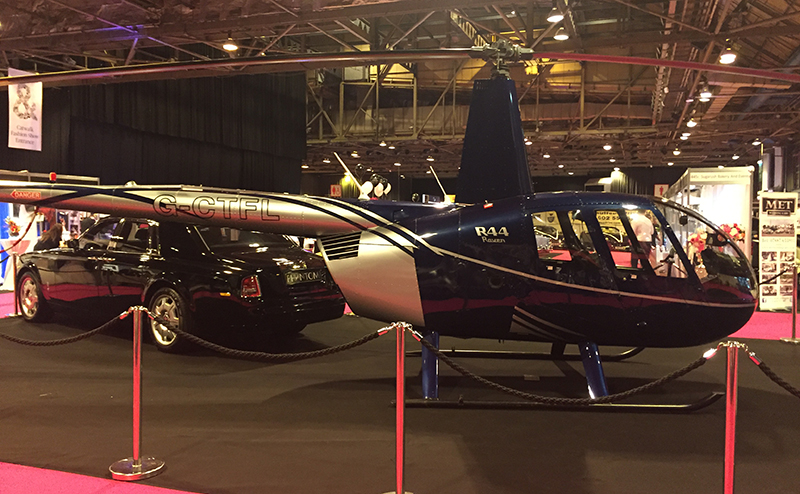 Phantom Scotland’s stand proved a magnet for petrolheads, as the A-Team van, baby blue Buick and luxury sports cars stood out against more traditional wedding cars. The crowning jewel, however, was a helicopter, which is available to charter for the big day. 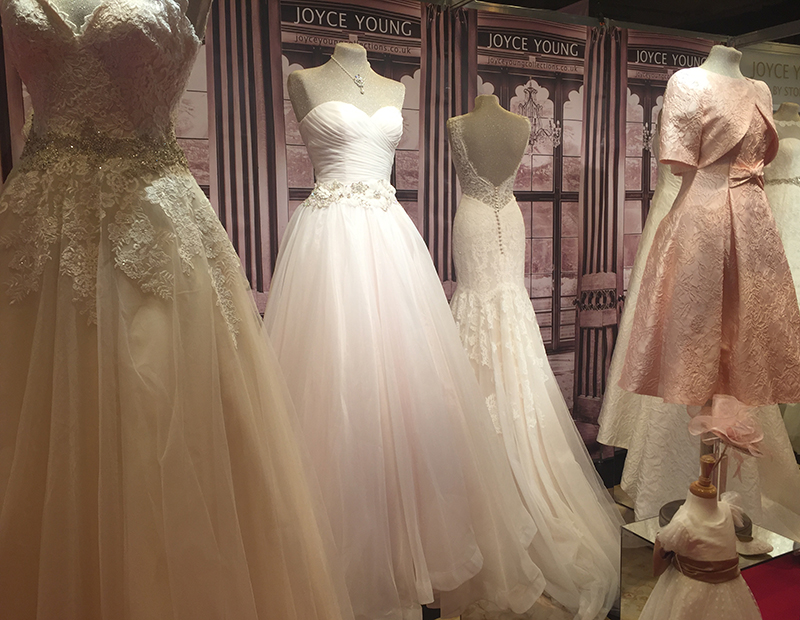 The resplendent gowns on Scottish designer Joyce Young’s stand were a masterclass in elegant bridal dressing, and the occasionwear and wedding dresses sent down the catwalk made a big impact on the assembled B2Bs. Create a cohesive w-day look by bringing your mum and flowergirl along to your appointment and kitting them out too.

5. Bursting out the booth into Bluebird’s camper van 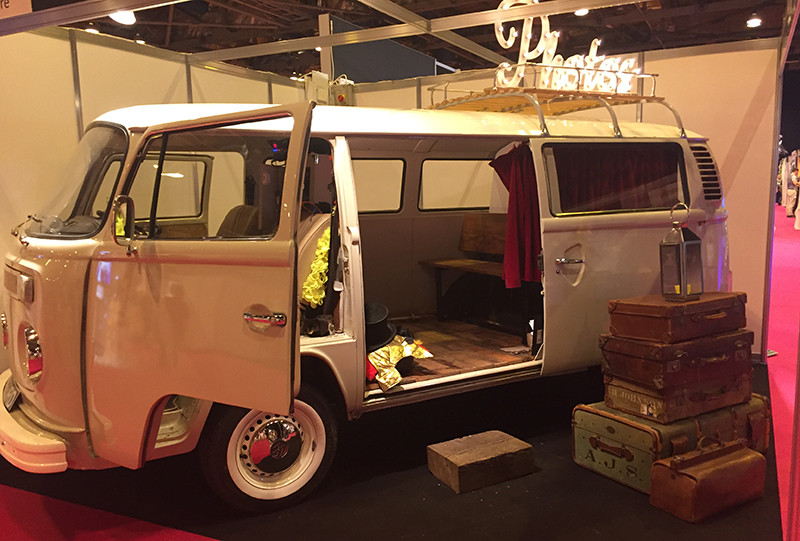 Vintage fun doesn’t come much more charming than a camper van decked out with props and a social media-integrated photo booth. Hit up Bluebird if you think this retro talking point would get your guests talking.

6. Whisky galore and the gin-tle touch with a pop-up tasting bar 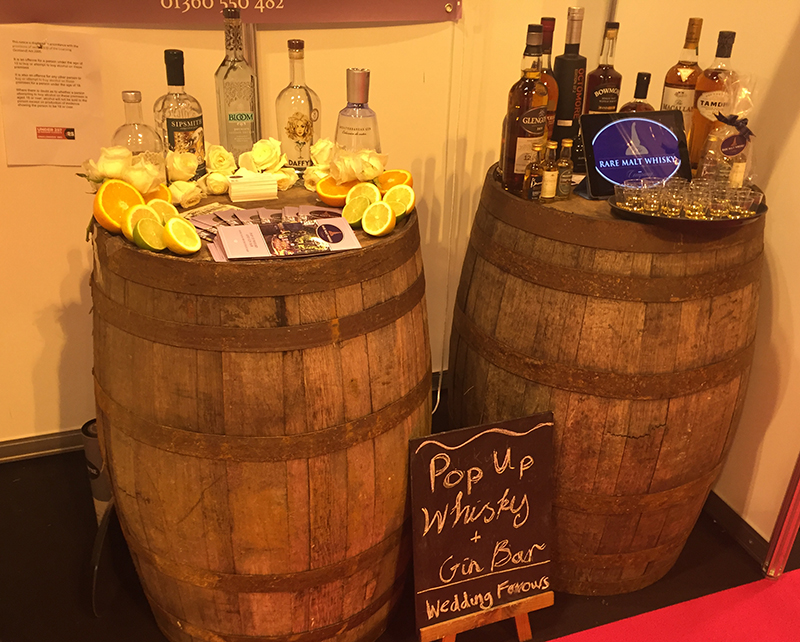 Don’t be a dramsel in distress, keep your whistle wet with a fun gin or whisky tasting at your drinks reception. The Rare Malt Whisky Company will bring the carry out, leaving you free to carry on! The team can also sort you out with some boozy wedding favours, we’ll raise a toast to that! *hic* 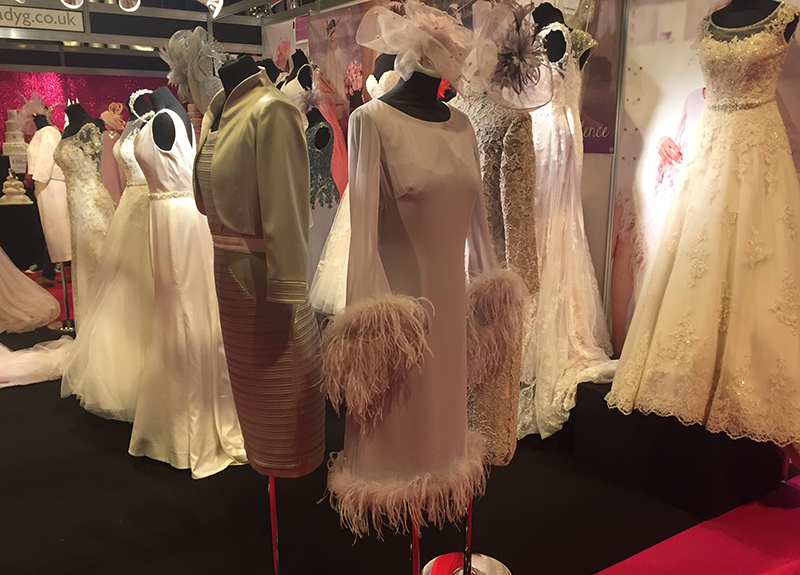 We spoke to a host of MOBs over the weekend, and all had tentative concerns about setting out on the quest for their outfit. They all wanted to create a fashionable look that wasn’t ‘cliche mother of the bride’, so we directed them to East Kilbride boutique Lady G’s stand. This feathered dress would be any mum’s friend! 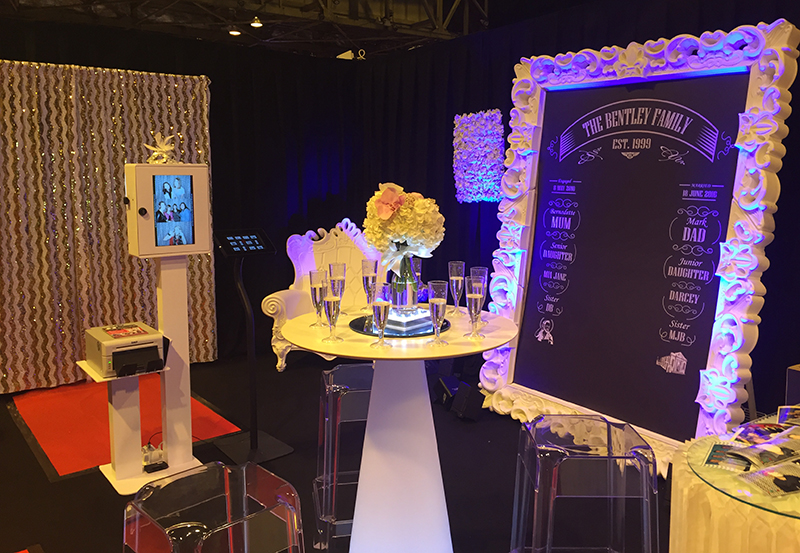 We’re already big fans of The Photocube’s ‘boothless’ setup for getting snap-happy with a Taylor-sized squad, but we dropped by to check out the oversized table plans by sister company All Event Hire. Even your most sherry-addled auntie will be able to find her seat when it’s spelled out on a fully customisable print encased in these towering frames. 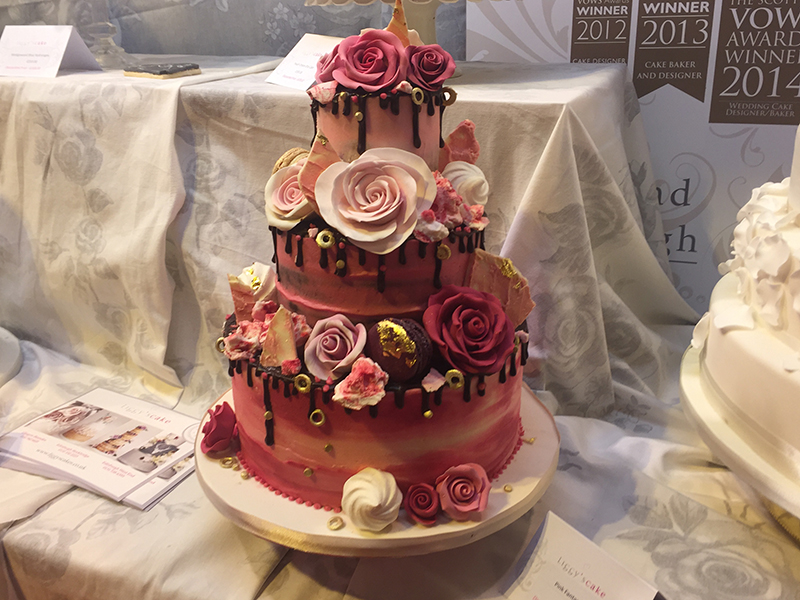 There was no shortage of intricate white bakes at the show, but we were too busy swooning over this Liggy’s Cake Company creation to notice. Drip cakes are proving popular for other celebrations, but we’ve been hankering after a wedding-upgrade on this emerging trend. Sugar roses, macarons and gold leaf? Aisle say that’s done it!

10. A reality TV take on your big day 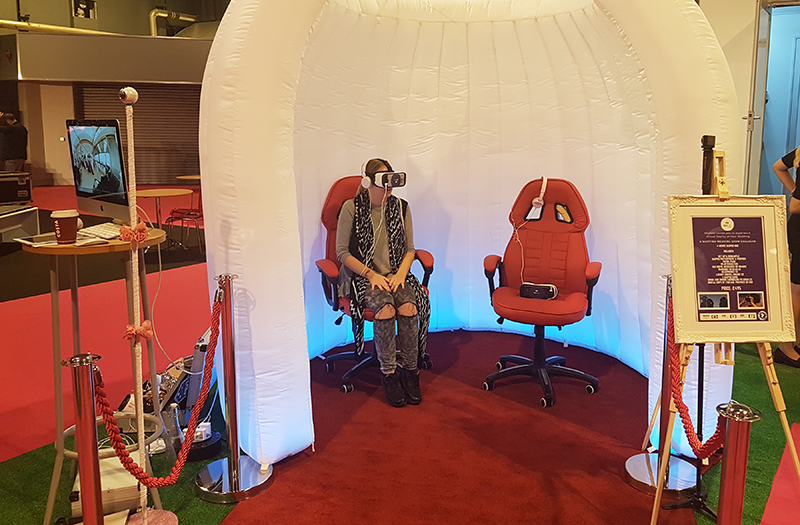 We’ve saved the best for last: newly launched 360WeddingStory capture your big day using state-of-the-art virtual reality technology. We popped on the headset, which comes as part of the package, and were totally blown away as we watched the 360° footage, peering around to see all the action from the reception room. You won’t miss anything with one of these films, so warn your little cousins not to try and sneak a Smirnoff ice under the table!

The Scottish Wedding Show returns to the SECC on 25th-26th February 2017.

Add some movie magic to your wedding film

PHOTO ALBUM: Fantastic, fluttery fun? It must be confetti shots!