Instrumentals have their place but for added oomph you need to get yourself a wedding singer. Here are ten of the very best

Who can forget Des’ree trilling Kissing You in Romeo + Juliet? Or Christina Perri underscoring the Twilight saga’s final scene with the now much imitated A Thousand Years?

The great romantic moments in film are etched into our memory thanks partly to the music, and the vocalists, behind them – so why wouldn’t you try to replicate that for your own nuptials? Let our crop of sensational Scottish singers warble you to wedded bliss. 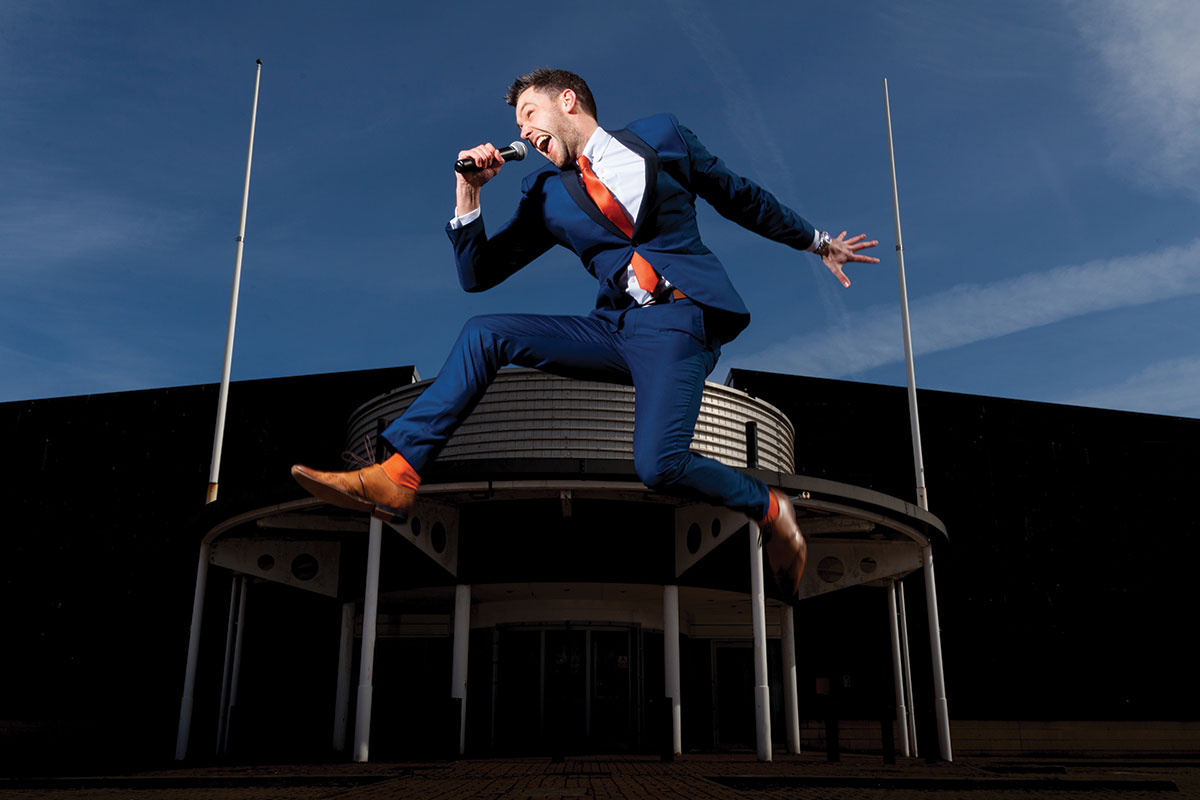 With clients including United Airlines and Smooth Radio, and gigs at big venues such as Durham Cathedral under his belt, PS Jazz is a busy guy, serving up seriously sparkling swing and jazz. 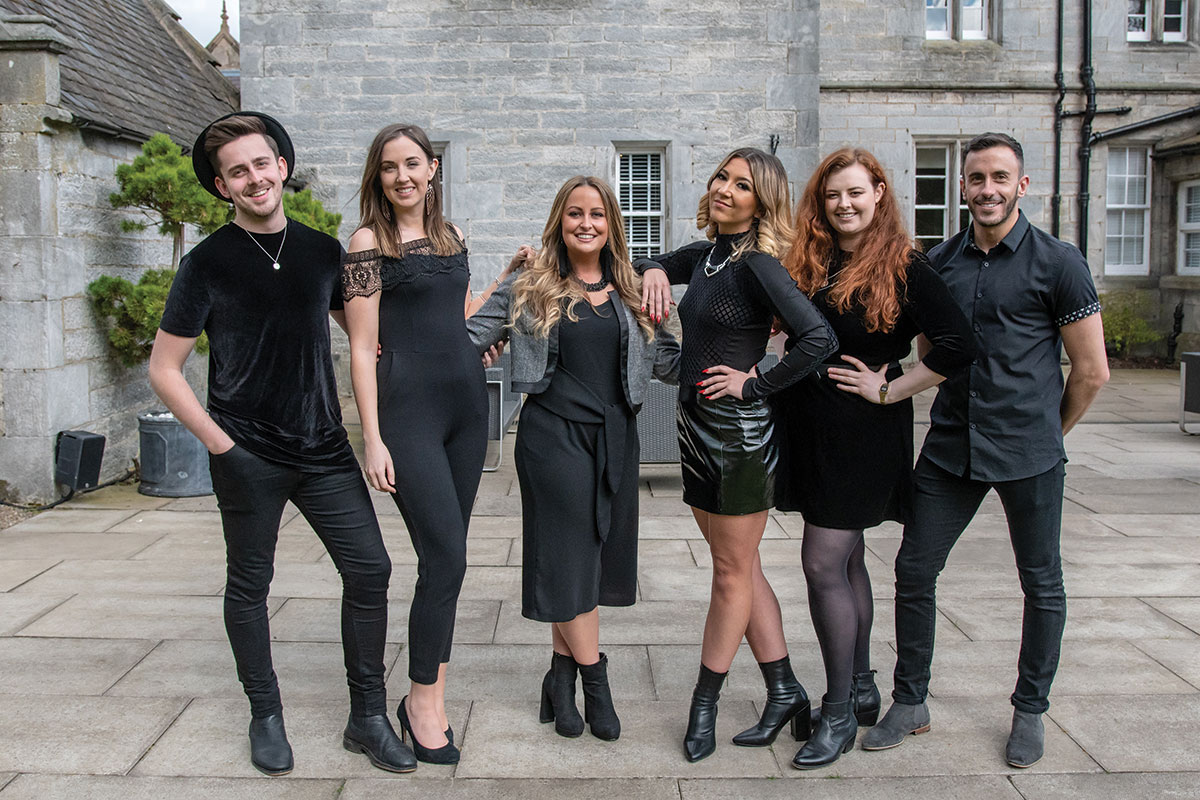 After a moving performance at Meghan and Harry’s ceremony catapulted the Kingdom Choir to fame last May, we’ve become completely obsessed with gospel choirs, and one Scottish outfit in particular. Like a soulful Von Trapp family, GeO Gospel Choir includes three siblings who take a distinctly modern approach.

“We’re not your typical gospel choir,” concedes director Gerad McArthur. “While we still perform traditional favourites Oh Happy Day and Joyful, Joyful, we also tackle pop songs with a gospel twist, such as the Spice Girls’ Say You’ll Be There and Ed Sheeran’s Perfect.” Their ‘exclusive’ package will cover your service and drinks reception. 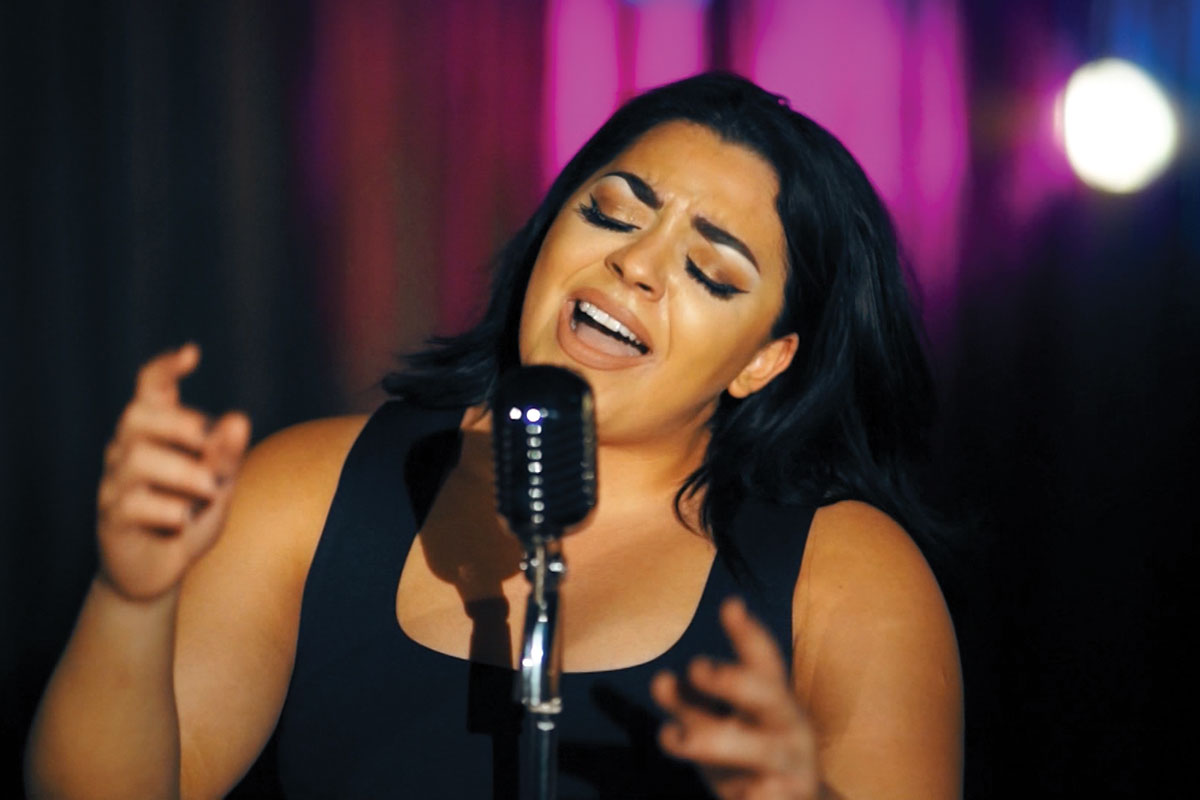 Emma Ochia (available via Hireaband) recently graduated from the Royal Conservatoire of Scotland with a Master’s in musical theatre performance, so you can bet she’ll bring drama to your day. For wedding receptions, the songbird partners up with her dedicated DJ and serenades punters with disco anthems, Motown classics and diva tunes. Warning: her diary fills up fast. 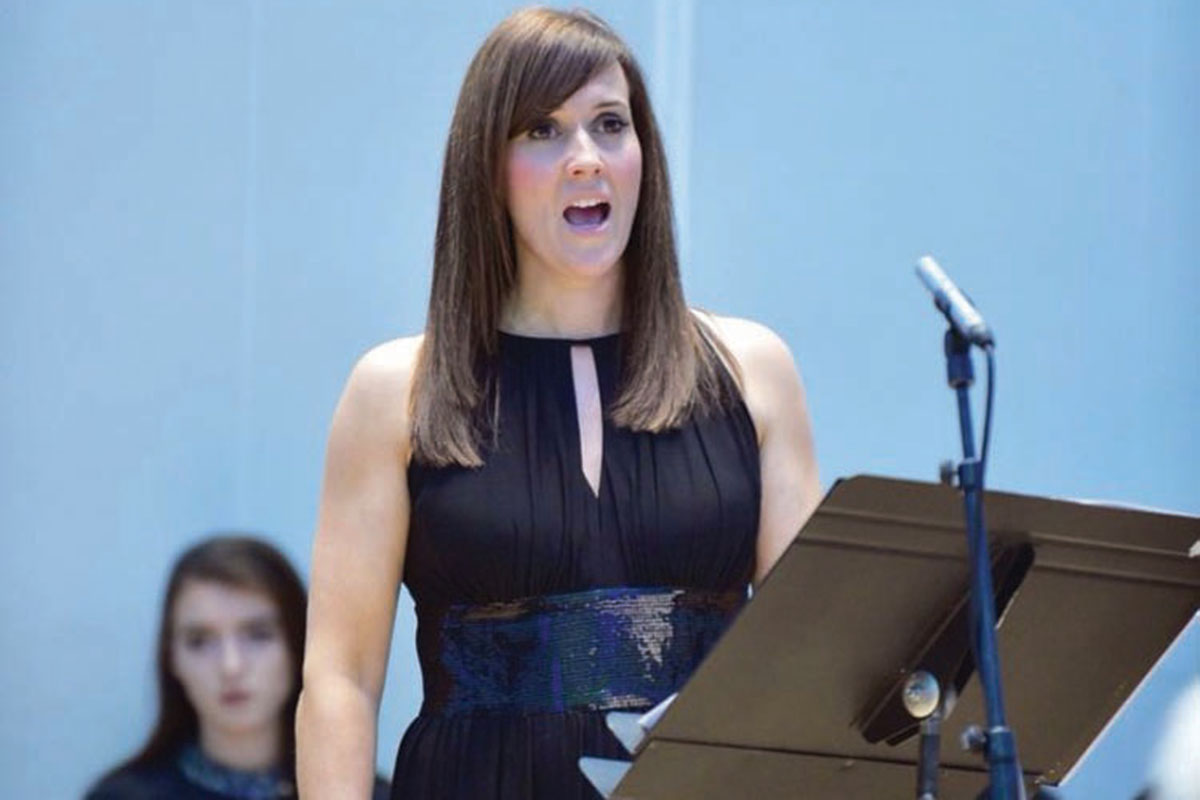 Hailing from Glasgow, soprano Louise Sheridan is a powerful presence, whose pure, ethereal vocals will ensure there’s not a dry eye in the house. “As a classical singer, I offer couples a wide repertoire of song choices, from popular arias to beautiful ballads,” she says.

“I can sing as the guests arrive, as you walk down the aisle, during the signing of the register or as you leave as newlyweds. There are lots of options! Having a singer at your wedding adds another special memory-in-the-making to the day for you and your guests. I feel really lucky to be able to share in that.” 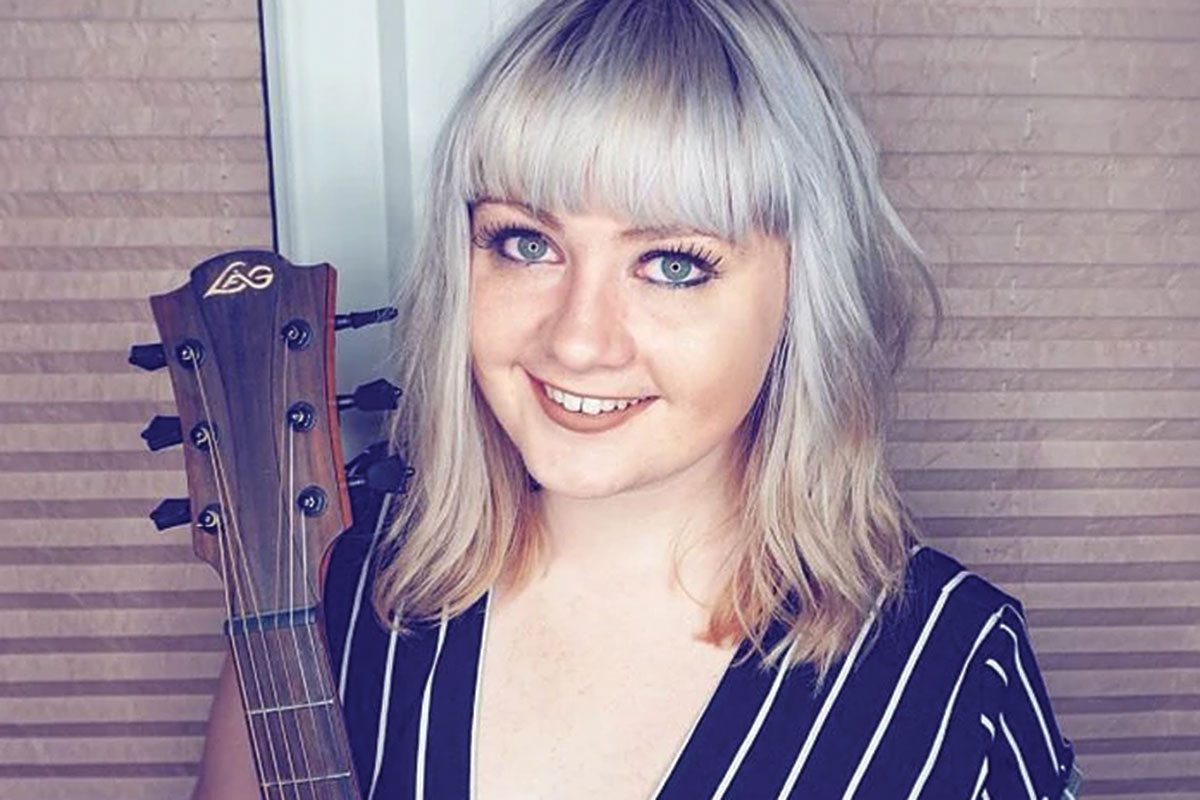 If an operatic vocalist isn’t up your alley, Scarlett Entertainment’s Yasmin Worrall will slot right into the barefoot, unplugged celebration you’re dreaming of.

Expect a soft, mesmerising mix of acoustic covers of Adele, Coldplay and James Bay tracks from the gifted guitarist and singer-songwriter, who is also, excitingly, working on her debut EP. We can’t wait to hear it.

From her early teenage years singing with the prestigious RSNO junior chorus, to her musical theatre experience of late, mezzo soprano Claire Semple has an impressive command of her voice, one that never fails to dazzle her audience.

“I have been told many times, particularly during the signing of the register, that the guests are overcome with emotion hearing me sing,” she confesses. “Whether it be a sacred hymn or a romantic ballad, I always try to express the song in a way that people can connect with.” 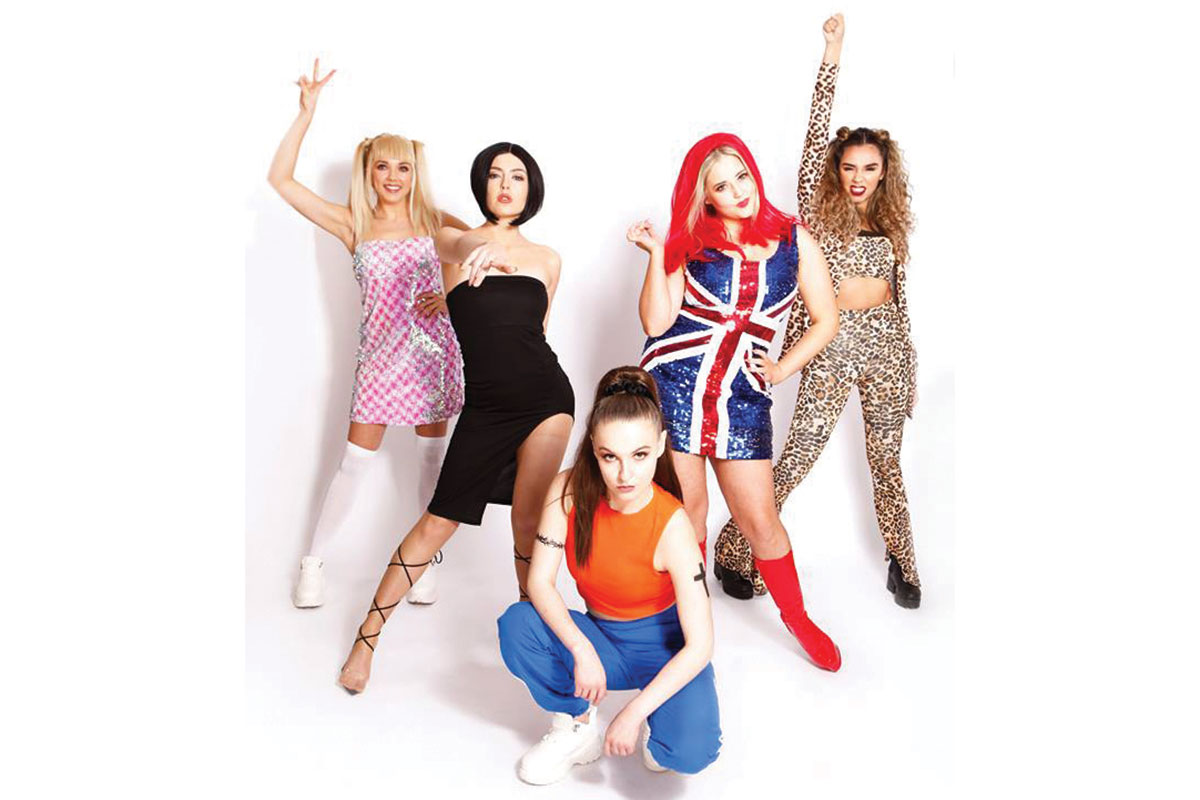 Hai, si, ja! Hold tight! Freak Music’s Spiceworld The Tribute has girl power in spades – and then some. The Glasgow-based five-piece can belt out the band’s back catalogue of cheeky hits and iconic dance moves to give guests the ’90s nostalgia they really, really want.

They can also be booked as The Power of She, where they’ll perform songs by female chart-toppers such as B*Witched, Atomic Kitten and Little Mix. 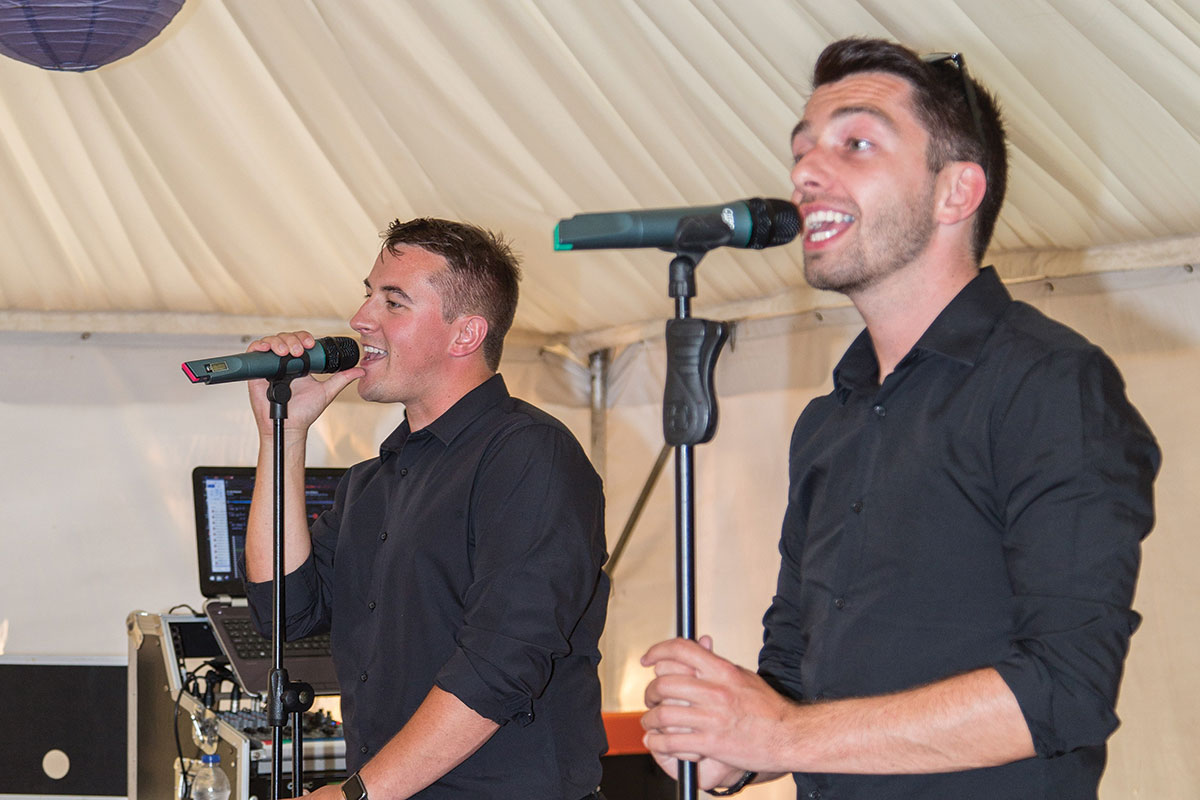 David Cannell and Paul Hume are the talented singers behind double act Ebb & Flow. The pair started performing together at Ayr Amateur Opera Company (which they’re still part of) and now they can smash any challenge that comes along, including a stint as singing waiters.

“We keep up to date with current chart songs as well as the old classics,” explains David. “We’ll also endeavour to learn any song that you’d love to have as your first dance.” 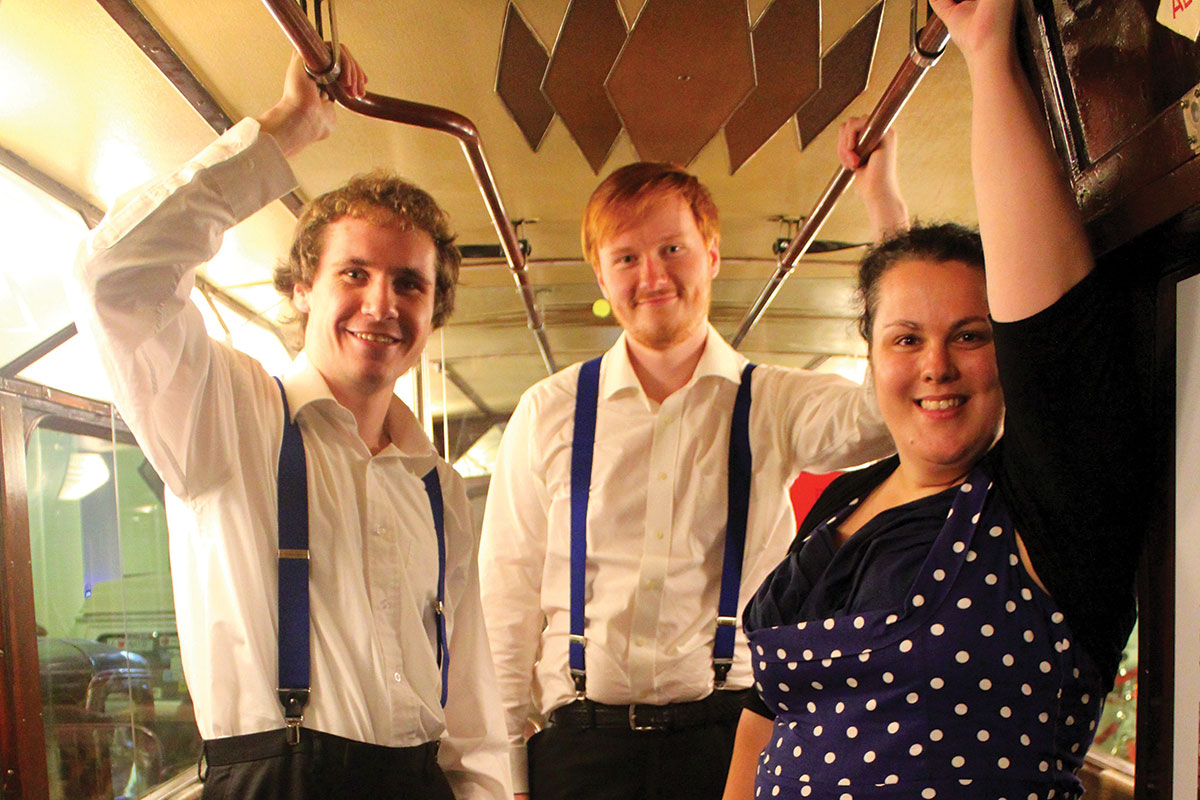 Having sung at ceremonies for more than ten years, Kirsty Duncan can handle anything you throw at her – pop, jazz, musical theatre, classical, opera, Scots – you name it, she can do it. “If you’re having a church service, I could lead your hymns,” she suggests.

“This is something that’s growing in popularity as it gives couples reassurance that there won’t just be mumbling during the hymns they’ve picked!” The Glasgow singer takes to the stage with a wide variety of musicians, including an organist, harpist and string quartet. 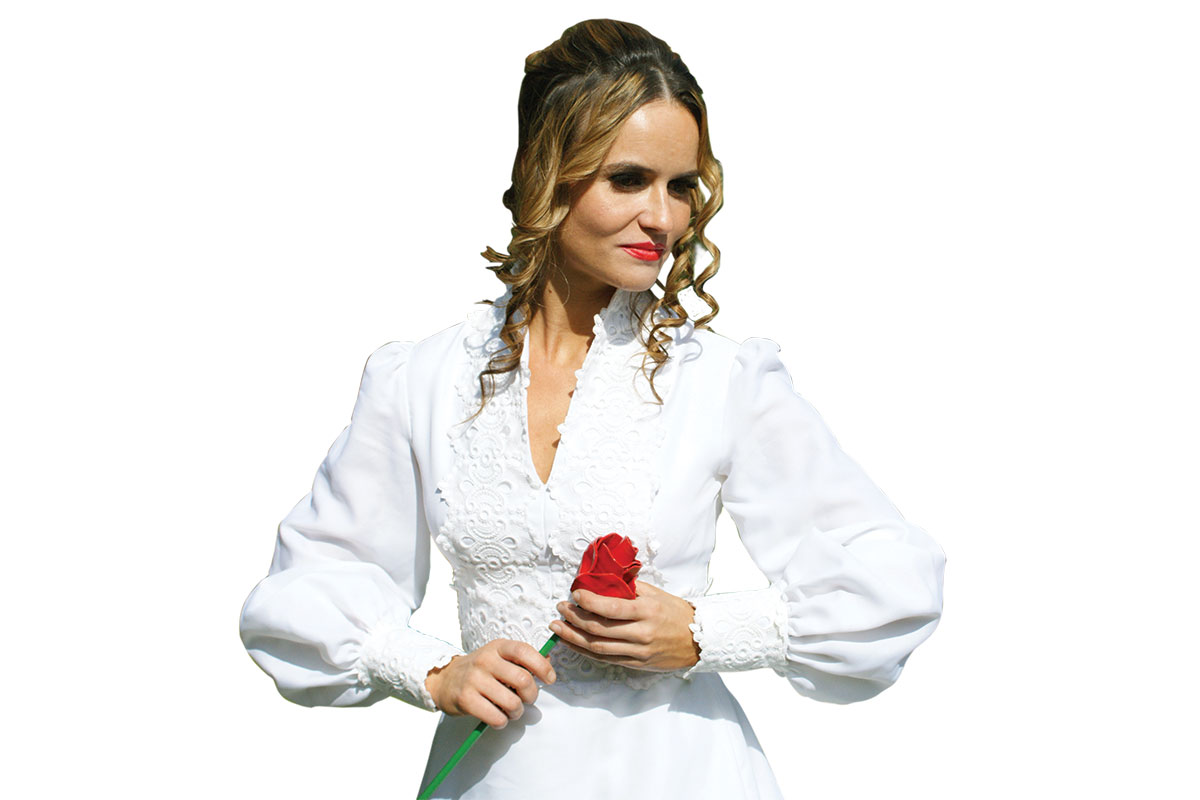 You might recognise soprano Leona Marie from her latest role as a judge on BBC’s All Together Now, but this immense talent has had a long, successful career, supporting Peter Andre and Lulu, treading the boards in a series of musicals and singing with girl band Lemonescent. Trust us: there’s no one more qualified to serenade you down the aisle.

The Bridal Courtyard and Laced with Pearls join forces for good

The day started with every couple's worst nightmare, but a star supplier meant a happily ever after

The great outdoors: Scottish wedding entertainment ideas if you’re having your ceremony or reception outside

Meet the wedding expert: we chat to one of the names behind Hireaband, one Scotland’s leading entertainment agencies

Top of the Pops part 1: the best options for your wedding ceremony music

Disney-inspired barn wedding at The Rhynd