There is always going to be enough princess gowns for the grand ballroom-loving-brides out there, but this year we spotted several looks that would fit a much more relaxed vibe. And it wasn’t just for laid-back beachy big days, nope, these ensembles are perfect for catching a cab over to city hall and toasting with a Dirty Martini after. 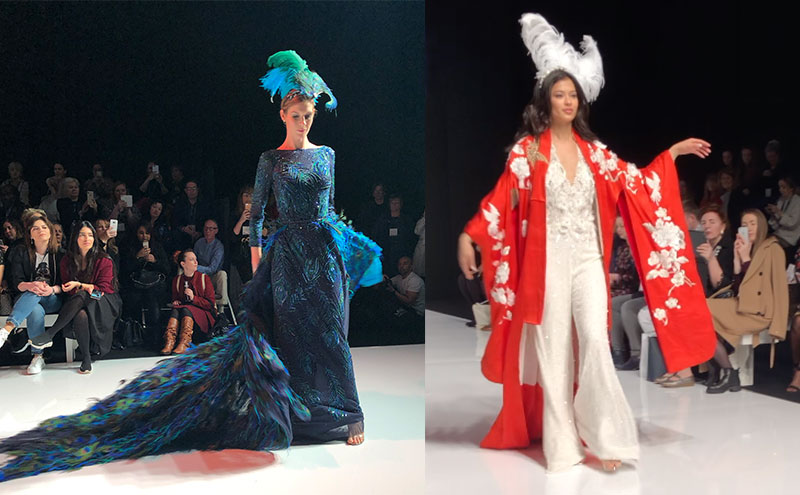 Real talk: we did have some whispered discussions about the number of designers that were playing it slightly safe this year. We’re living in uncertain times – even the world of weddings isn’t immune from Brexit’s toxic ripples – but one designer you can always count on for maximalism is Eliza Jane Howell. Her collection remains a highlight year-on-year.

Backs are… eh back? Scores of designers were dishing out some fierce rear views with an angular update. Are we about to see a renaissance of the lace-up back seen at Lillian West? Or will the V-shaped straps and racer backs take pole position on the rails at Scotland’s boutiques? 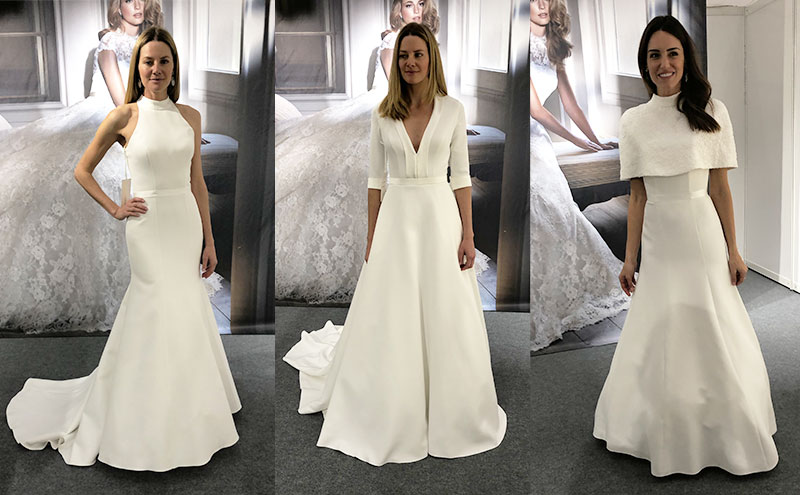 Something monumental happened six weeks after our last annual trip to the British bridal industry’s buying events. Meghan Markle might now officially be a Duchess, but there’s no disputing she’s the queen of fashion-forward royals. Nowhere was her influence more evident than amidst Caroline Castigliano’s next collection. The lines were cleaner than Mrs Hinch’s worktops…

Folky, whimsical or a seventies throwback – take your pick. There was still plenty of slim-fit illusion lace on the go, but several designers opted to make a bit more of a statement with sleeves and it was a joy to see. Plenty were detachable, allowing you to slink them on once the formal photos are out the way and go with something really directional without worrying it will haunt your hallway in ten years’ time.

Nine real brides tell us everything about their recent shopping experiences