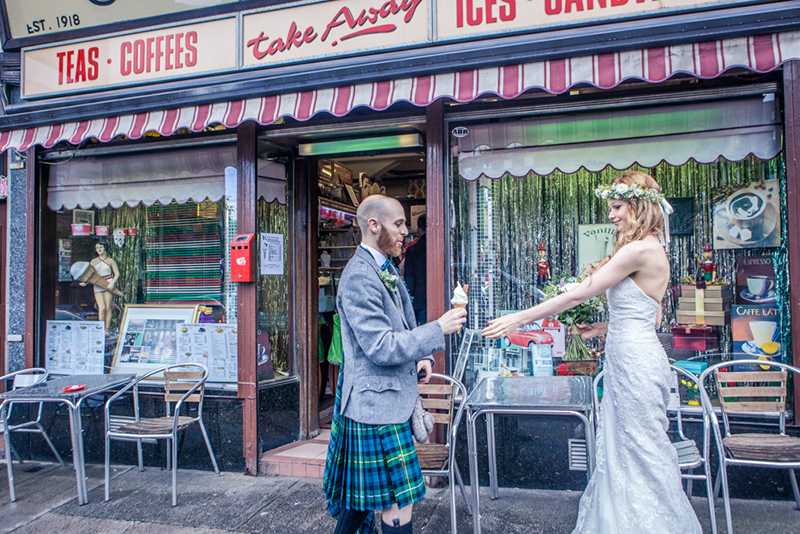 “The biggest decision for us was where to get married. I wanted to elope and Scott wanted his whole family to be involved. We decided to get married in Glasgow, where we met while studying at Glasgow University.

The uni’s Memorial Chapel was suitable for a Catholic ceremony and simply gorgeous so this was a no-brainer! The reception was at Strathclyde University Barony Hall. The two universities share some facilities so we’d both sat exams in the hall before – that was a bit of an unusual twist.

When I was younger we moved around a bit and prior to moving to Glasgow I’d never felt any particular connection to a geographical location before. I couldn’t have been more surprised to find that not only would I fall in love with a Glaswegian but I would also fall in love with the city itself!

As soon as I saw the bright pink ‘People Make Glasgow’ taxis I was just desperate to have one take us from the ceremony to the reception. When l saw it waiting for us on the day I was just over the moon! Our photographer, Mike Cook, took a truly fantastic photograph of us with the taxi and it makes the best wedding album cover ever.

During our engagement we were a little untraditional in that we went wedding dress shopping together. Scott actually helped me choose my dress because the idea of wedding dress shopping absolutely terrified me. We also drove around several locations before the ceremony to get our couple’s pictures. We probably should have asked a relative to drive us because Scott was a bag of nerves!

All of the invitations and stationery were designed by us, and our tables were named after our favourite films, with the name cards in the style of vintage cinema tickets. Our seating plan was an assortment of movie posters with the cast names substituted with our guests’. To tie in with the theme we had Wall-E and Eve as cake toppers on our wedding cake, Lord of the Rings cufflinks as groomsmen thank you gifts, and ‘You’ve got a Friend in Me’ for our first dance.

Top tip: A spreadsheet is absolutely vital! There is no way you can keep track of the amount of information that ends up floating about in various emails, on bits of paper and discussed over the phone.” 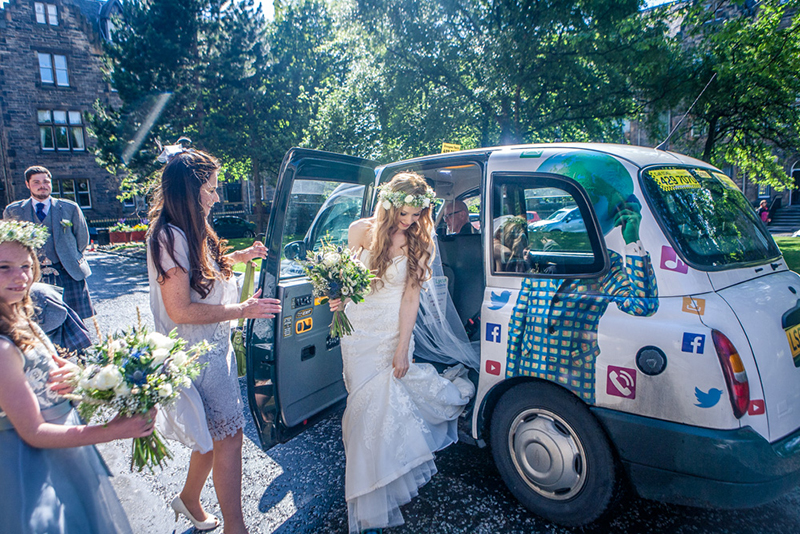 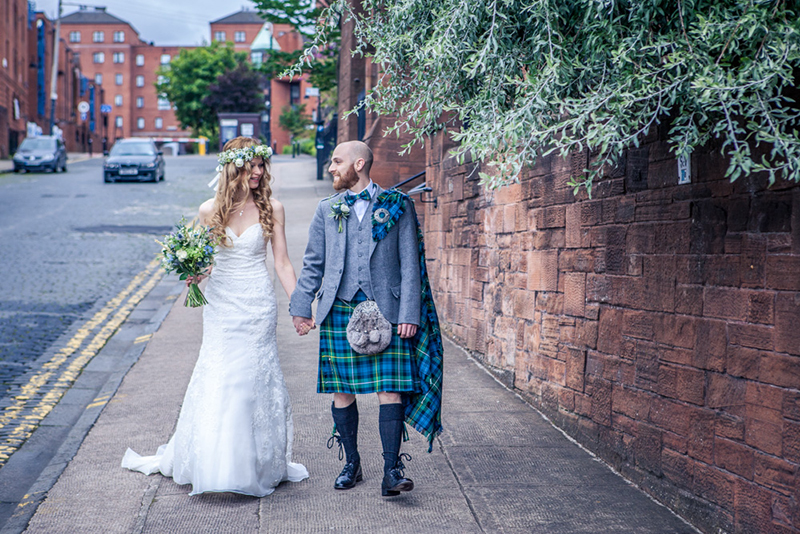 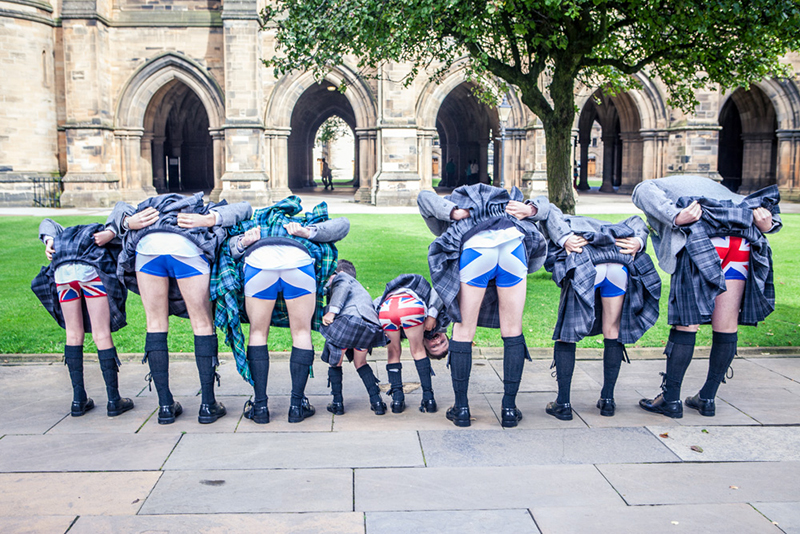 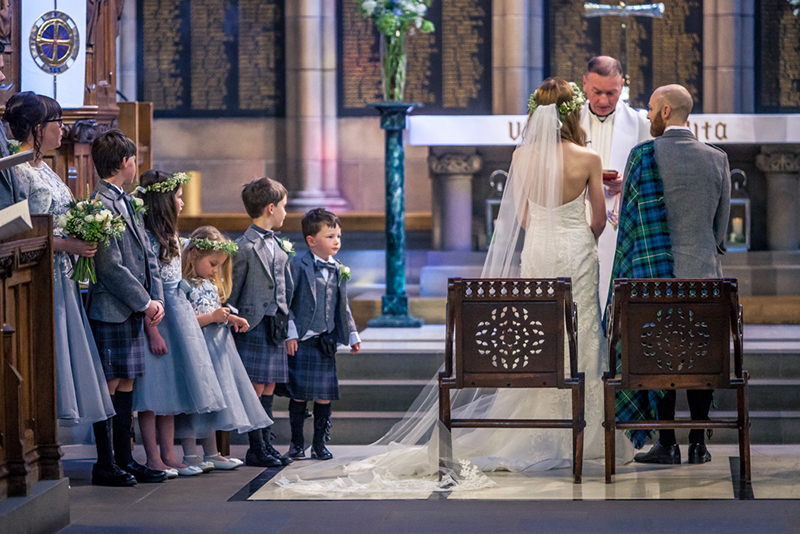 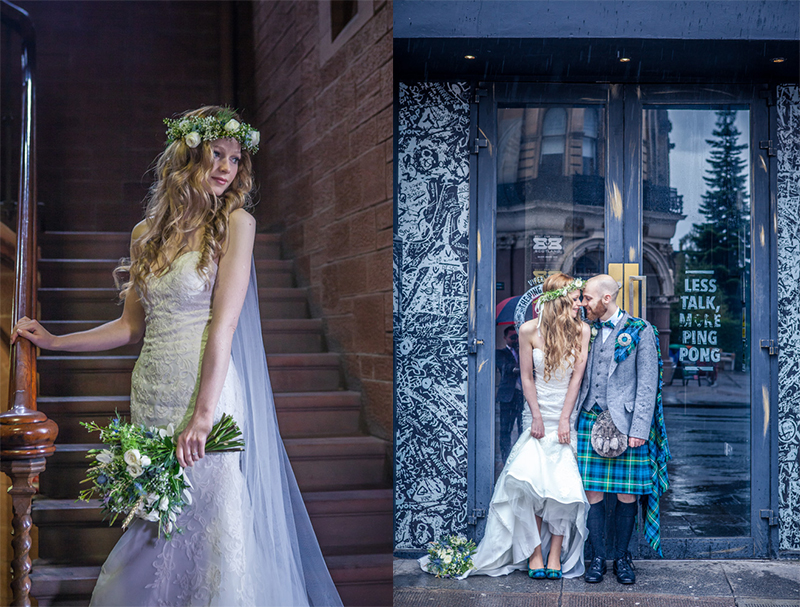 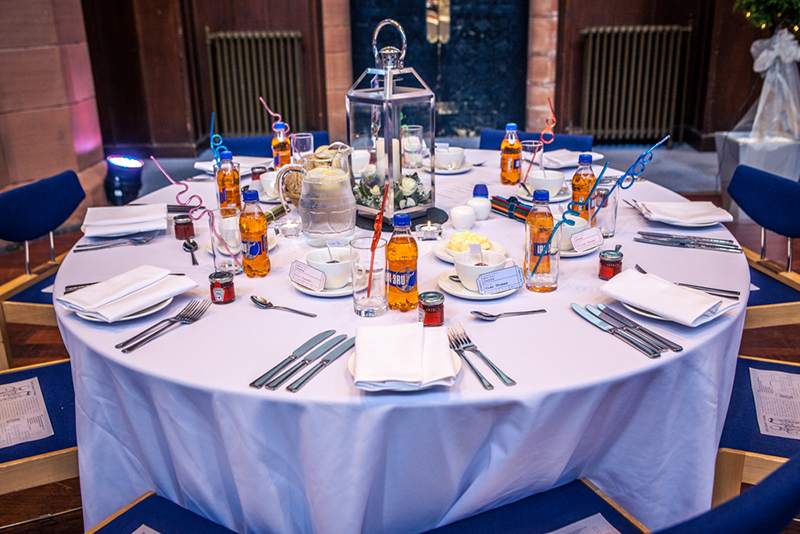 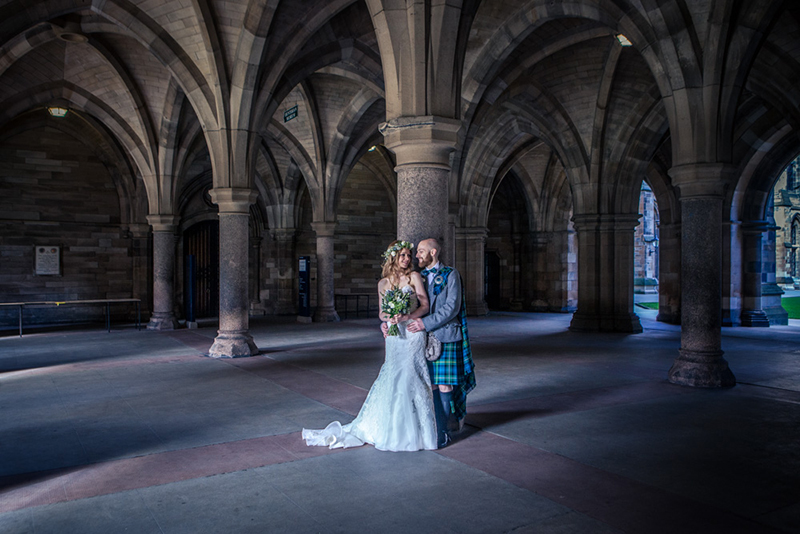 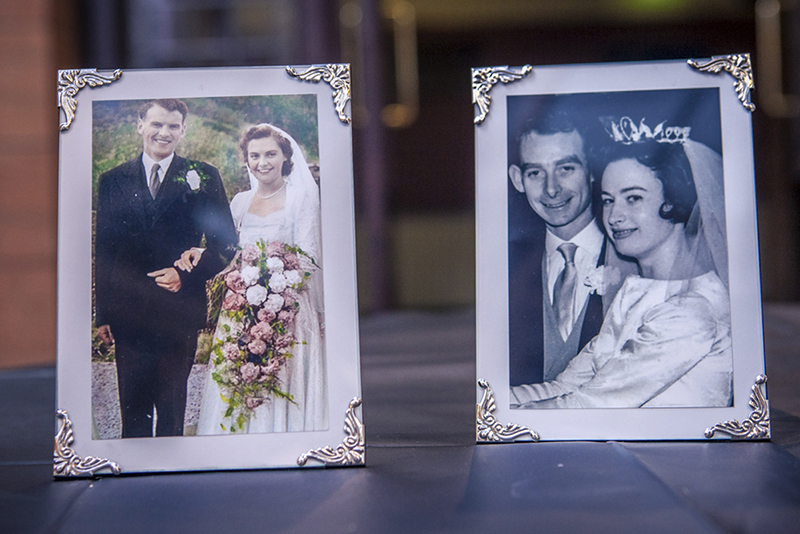 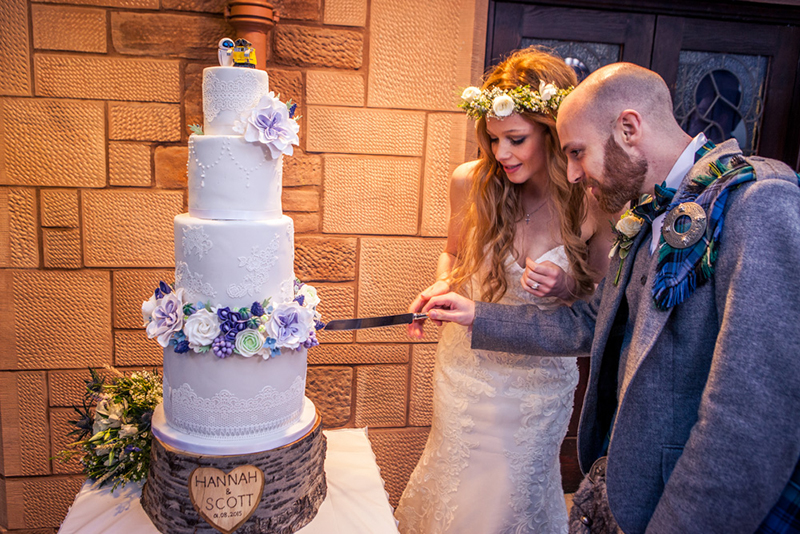 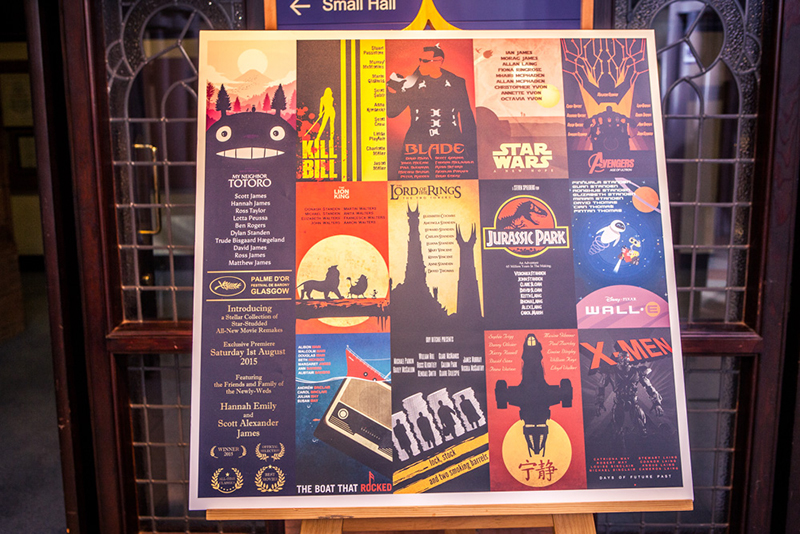 What's your flava? Hunt down a cake that tastes as good as it looks!

Anne Priscilla Bridal are offering brides the chance to win their deposit back (half price dress? Yes, please!)

A flower-filled, village fête-inspired wedding in Kintyre that lasted a week!

Short and sweet: small wedding cakes that are big on style and taste