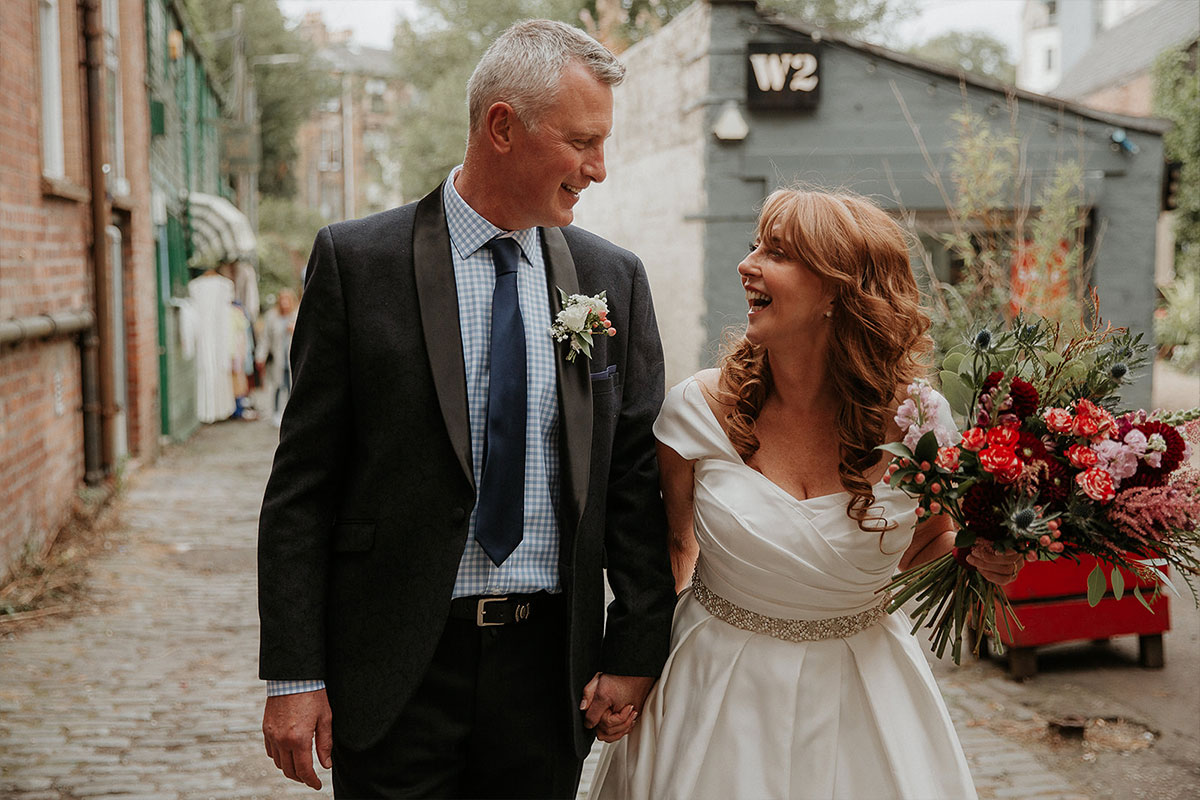 “James and I knew from early on in our relationship that we wanted to spend the rest of our lives together. We actually set a wedding date when on holiday in Italy and originally planned to return there to get married. The pandemic changed all that, so we decided to have our wedding in my hometown of Glasgow instead.

James asked me to marry him with a Haribo ring over lockdown. When restrictions lifted, we went to Glasgow to choose the engagement ring and then, on my birthday in July, James surprised me with a day out and a boat trip when he got down on one knee to ‘officially’ propose.

We wanted a small, intimate wedding day. As a humanist celebrant, I’ve conducted over 300 ceremonies across Scotland, so it gave us a head start when it came to the venue and styling of the day. The Bothy in the west-end of Glasgow had beautiful decor, offered one big table, delicious food, and had the informal feel that we were looking for.

We wanted to have a party afterwards with a larger group of friends and family. Again, we wanted everything to be relaxed and fun with lots of dancing, so we chose Hyndland Bowling Club close-by.

We decided that no matter what happened with the pandemic, we would do our damnedest to get married on our chosen date. As the summer went on, it seemed likely we could have our desired numbers in The Bothy (24 guests), but the party at night for around 70 was less clear, as was the opportunity to dance at the wedding.

We could not believe our luck when, a few weeks before our wedding, and about a week before my hen night, dancing was allowed! Music played an important part through the day. Arriving at the Bothy to the sound of the pipes (played by friend David Cormack) is something I’ll remember forever.

My nephew played A Thousand Years during the ceremony for us. He pre-recorded the piano and accompanied it live on his violin. Then, for the signing of the register, we had Dean Martin’s That’s Amore which everyone sang along to.

After our first dance, Rod Stewart’s You’re in my Heart, we opted for a disco. The DJ was fantastic and created a party atmosphere playing everything we requested (we’re a little stuck in the 80s with our music choices, ha!). He kept the floor full until the end of the night.

We were not immune to the trials of the pandemic unfortunately. Four days before the wedding, our talented celebrant Susan (who was also going to be my hair and makeup artist, aka Susie Scarlet Makeup) had to isolate. It was a major blow.

However, I knew that the association we are part of, Independent Humanist Ceremonies, would ensure we had a celebrant to marry us. It would do this for any couple in the same situation. Jean Bodie came to our rescue and after Zooming with her to talk over the script that Susan had already written, we were reassured.

Another disaster struck the day before the wedding… The car boot jammed and we were unable to get our boxes filled with props out of the boot until six hours later. Consequently, I couldn’t set the venue up the way I had envisaged – it still looked magical on the day though!

We wanted a meaningful and relaxed ceremony with lots of involvement from family and friends. My daughter and best woman Laura wrote and told our story during the ceremony; James’s son, Andrew (his best man) tied the knot for us; my son, Jack (my best man) signed the register and James’s other son, George (also best man) had the rings and was the register’s second signatory.

We also had a quaich ceremony with our two sisters welcoming us into our respective families. Lastly, our close friend, Sally, performed a reading for us and my friend, Heather wrote and read a poem.

We wanted informal, candid photos taken in a non-intrusive way. It was important that they didn’t take up too much time either. Our photos are happy and natural thanks to the talented Francis J. Smith – exactly as we hoped. He was so flexible on the day, responding to events as they unfolded.

As I’m an older bride, I was unsure what I was going to wear. I hoped to find something that I felt glamorous and confident in. I went to four bridal shops and in the end I picked an ivory, A-line dress from the Bridal Boutique of Falkirk. Elaine, the owner, was extremely helpful, listening to my wishes with no sales pressure.

What surprised us most about getting married? That it’s changed us as a couple. We did feel secure before, however, being married has brought us even closer together.Top tip: “I had a spreadsheet and checklist with dates for payments which helped a lot as there are a lot of things to remember. Try and keep everything in one place, on your laptop or phone. Share tasks and check in with your other half regularly to make sure they’re progressing with their jobs.”Evening catering The Little Curry HouseCelebrant Jean Bodie, Independent Humanist CeremoniesBride’s dress Bridal Boutique of FalkirkHair and makeup Boveda Hair and BeautyGroomswear Brook TavernerRings Chisholm HunterCake Cakes and Bakes by EllieFlowers Posies and PotsFavours Gin miniatures and tabletTartan hand-fasting ties A Wee FavourStationery EtsySelfie mirror Express Your SelfiePiper David CormackDJ Jim Marshall’s Sunset Disco Wedding film Martin Smith, family friend 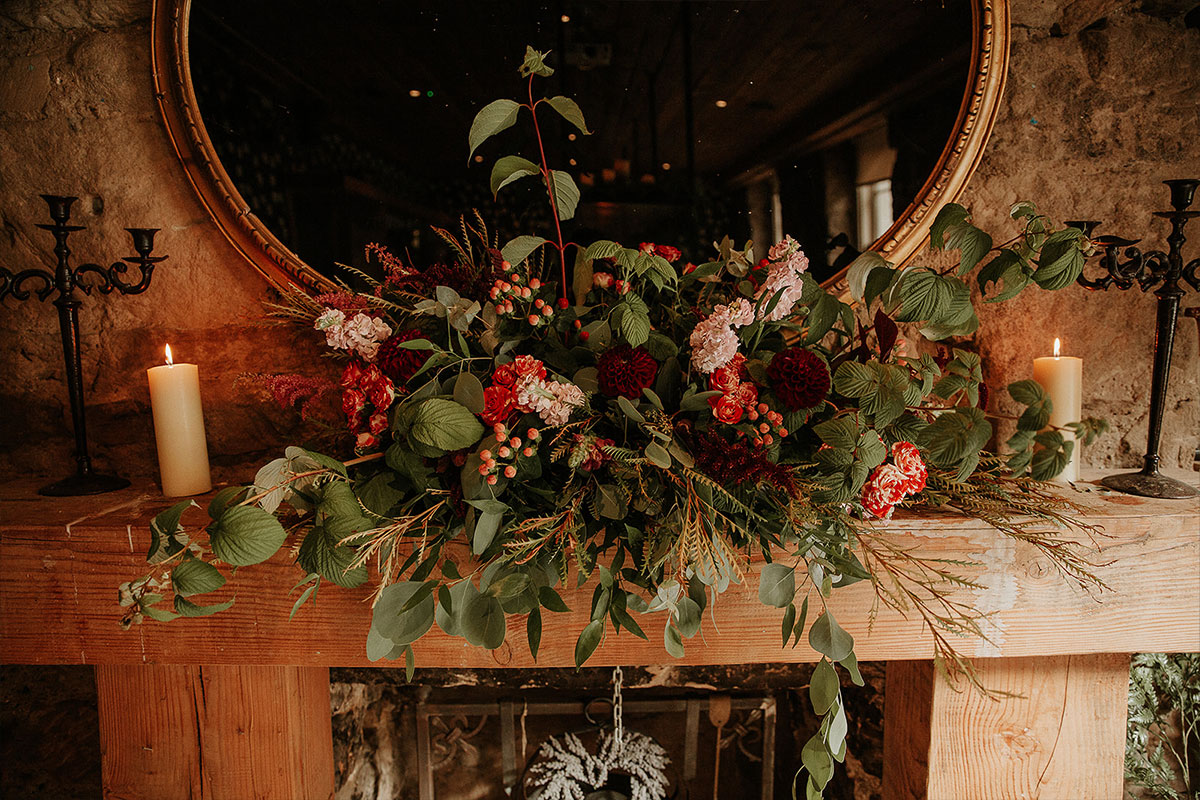 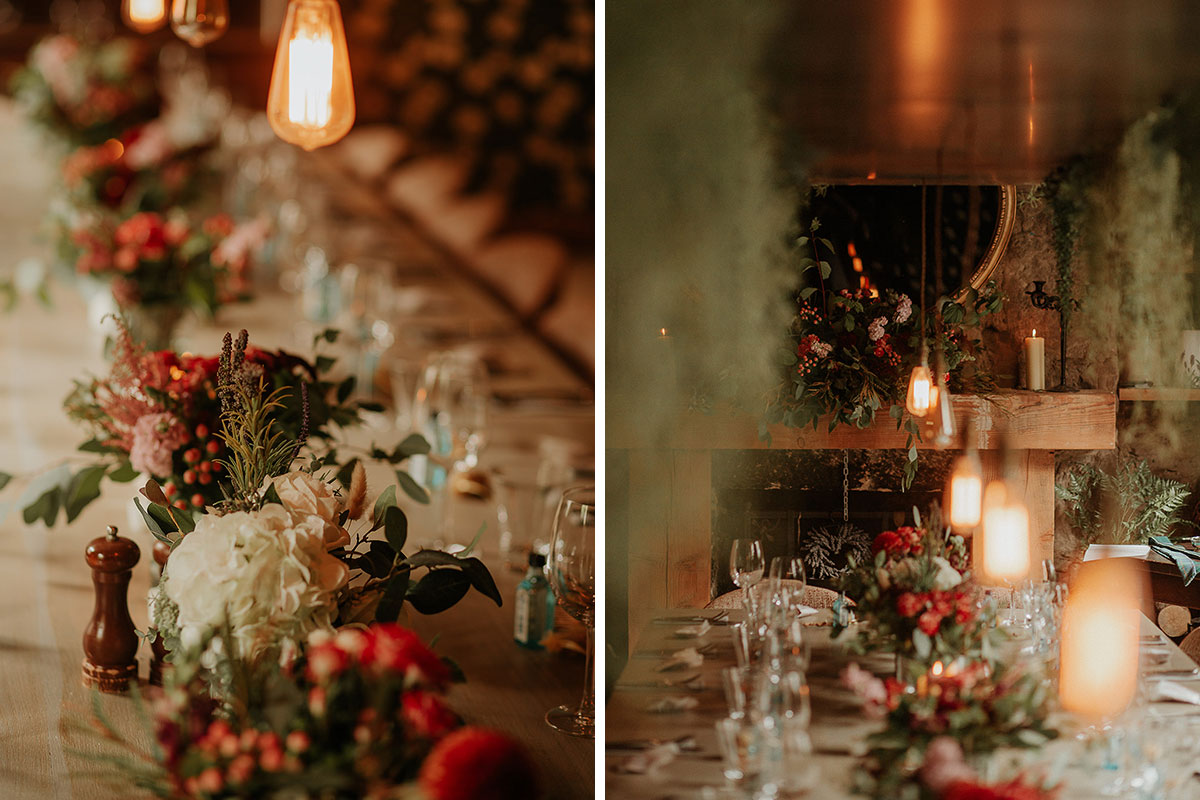 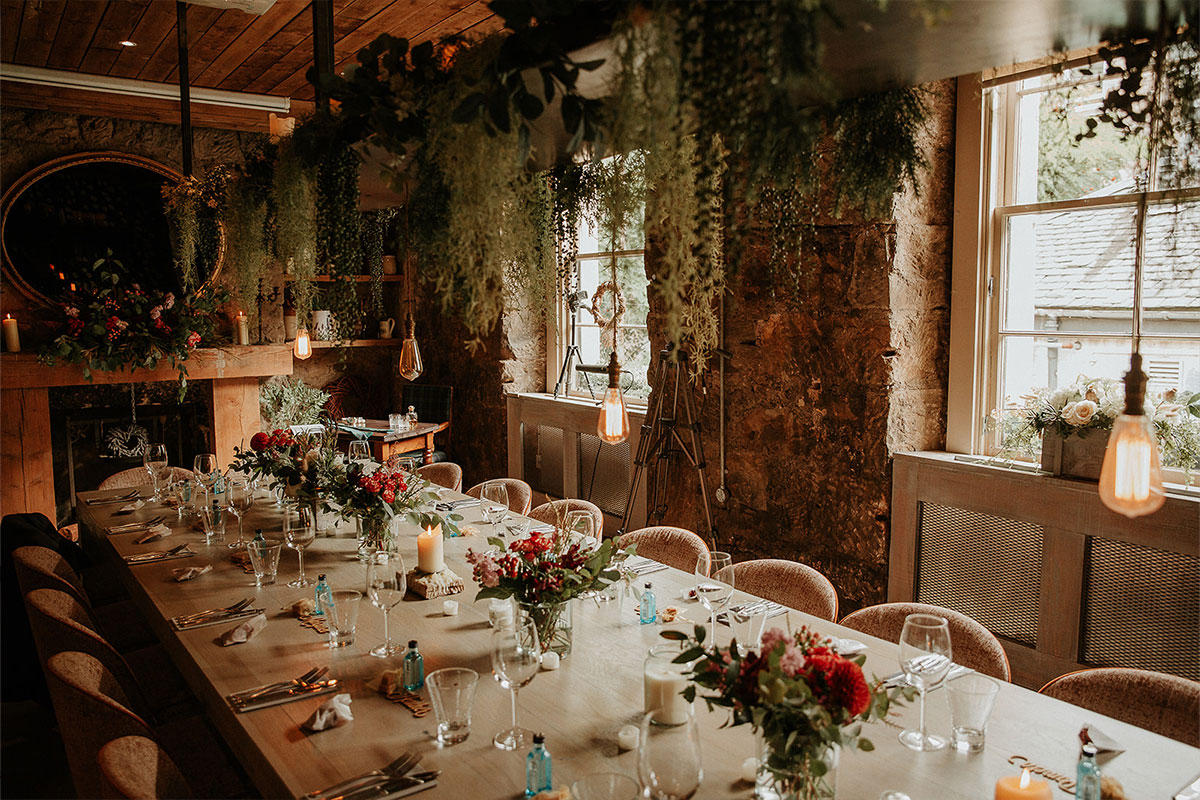 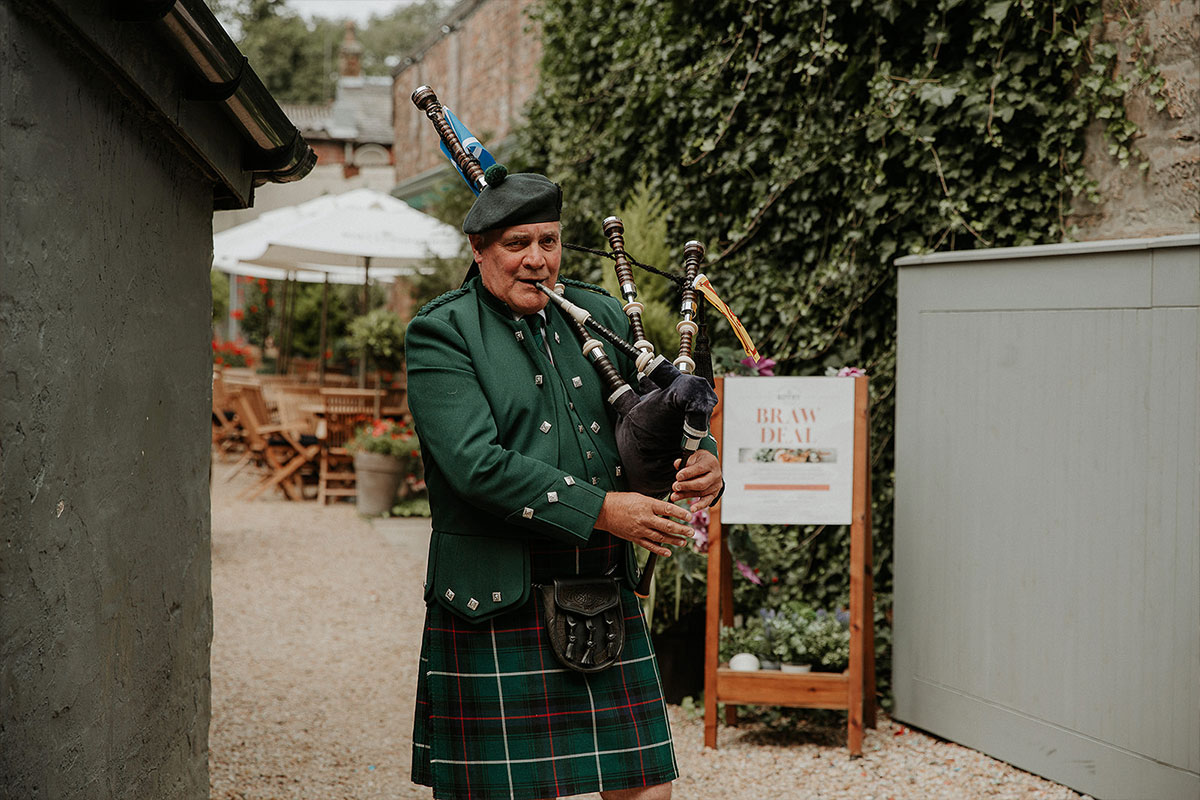 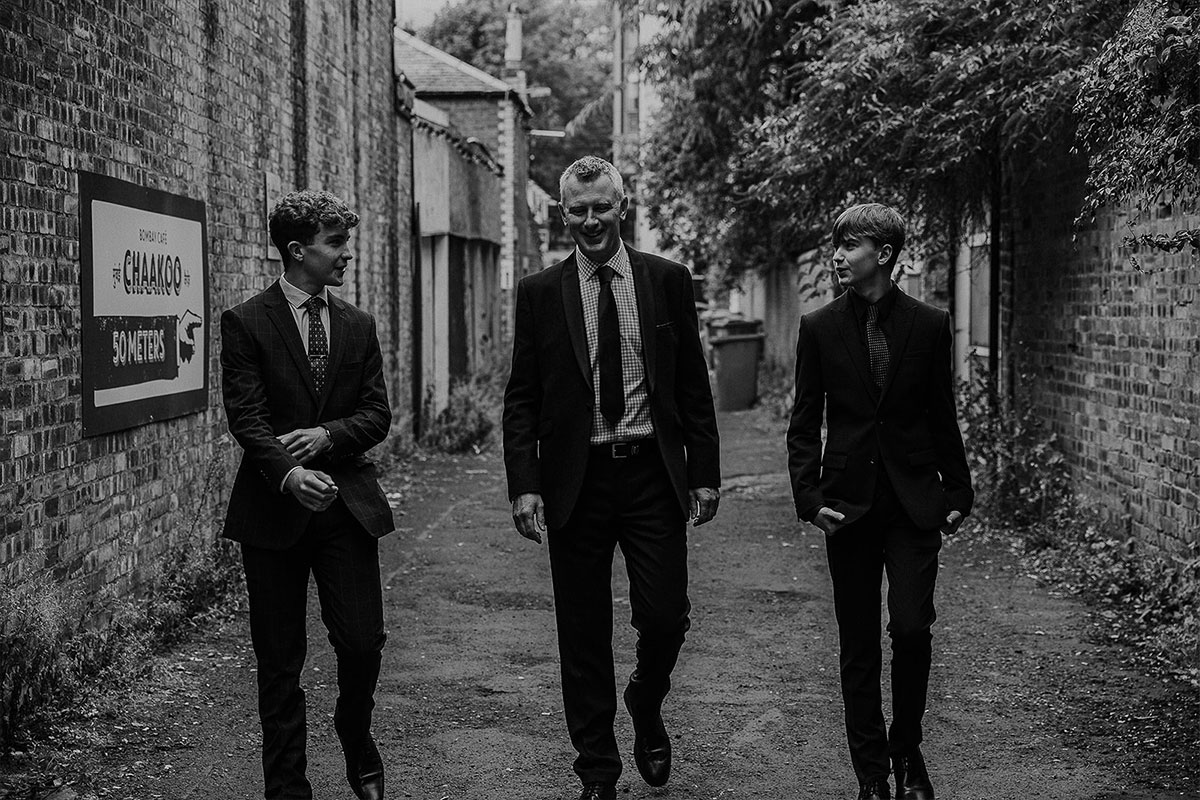 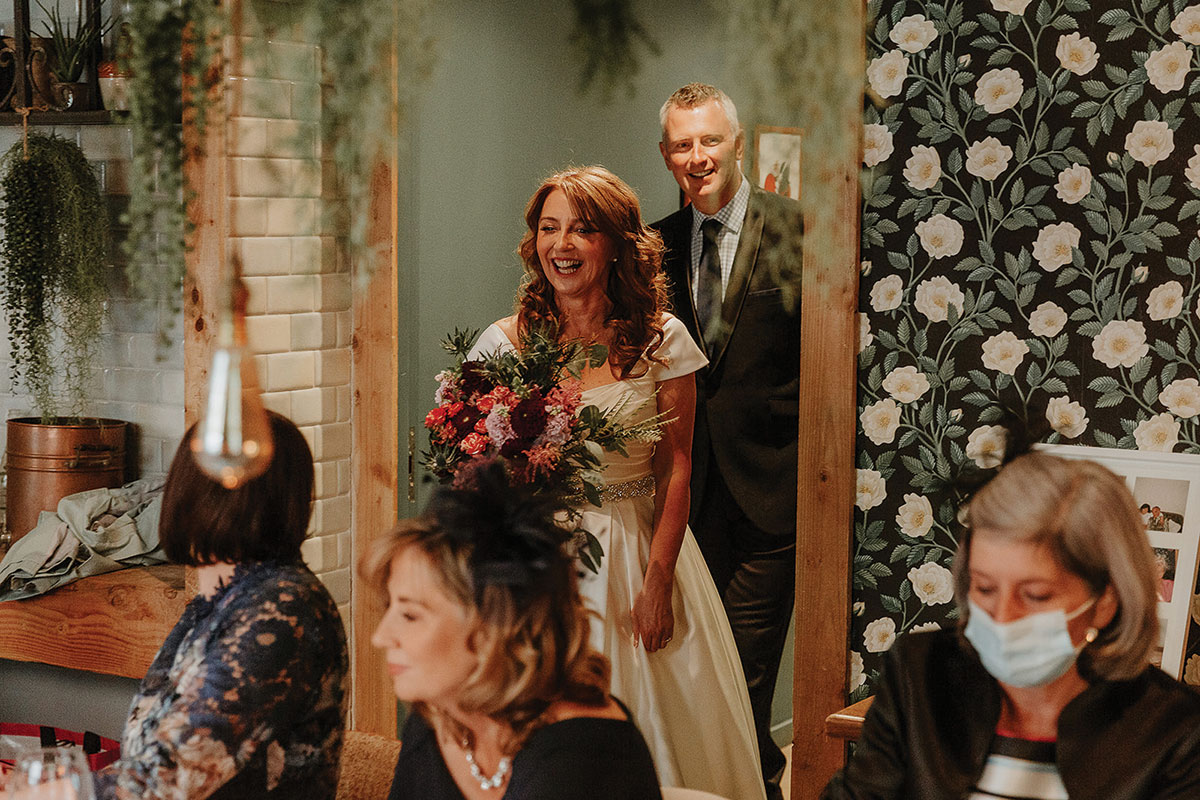 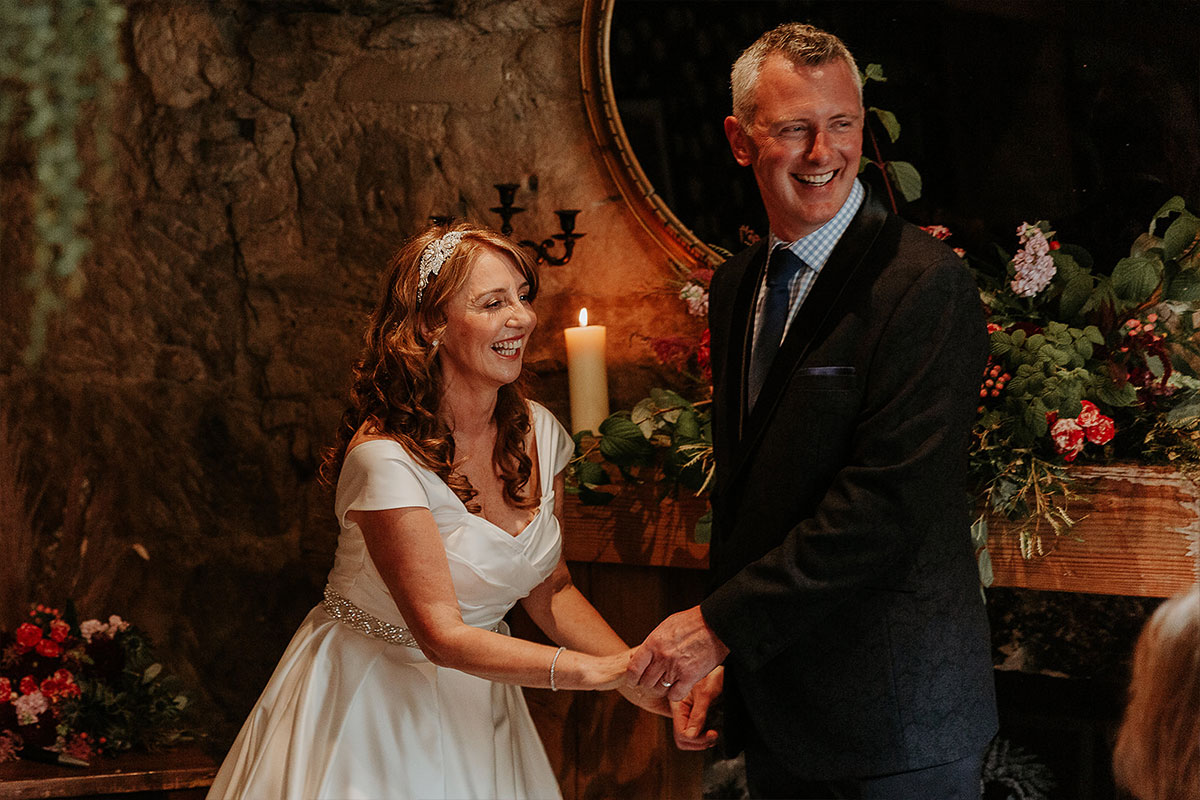 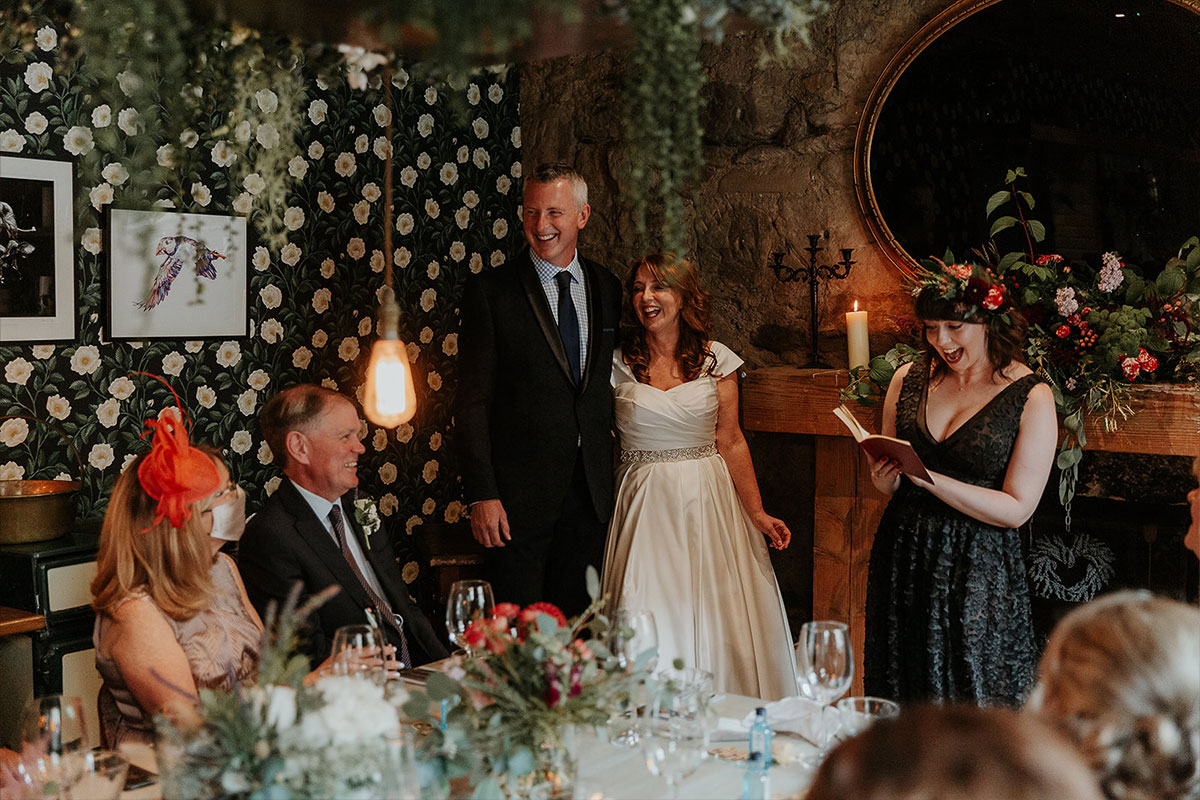 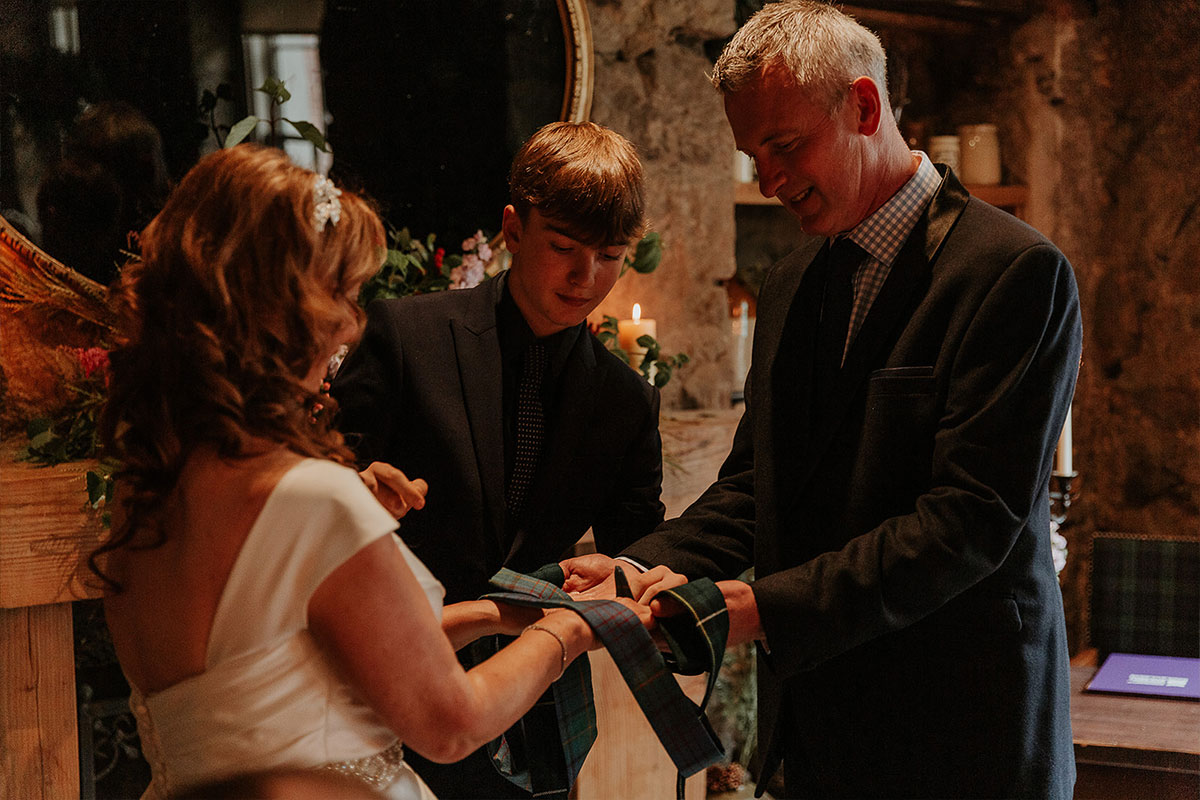 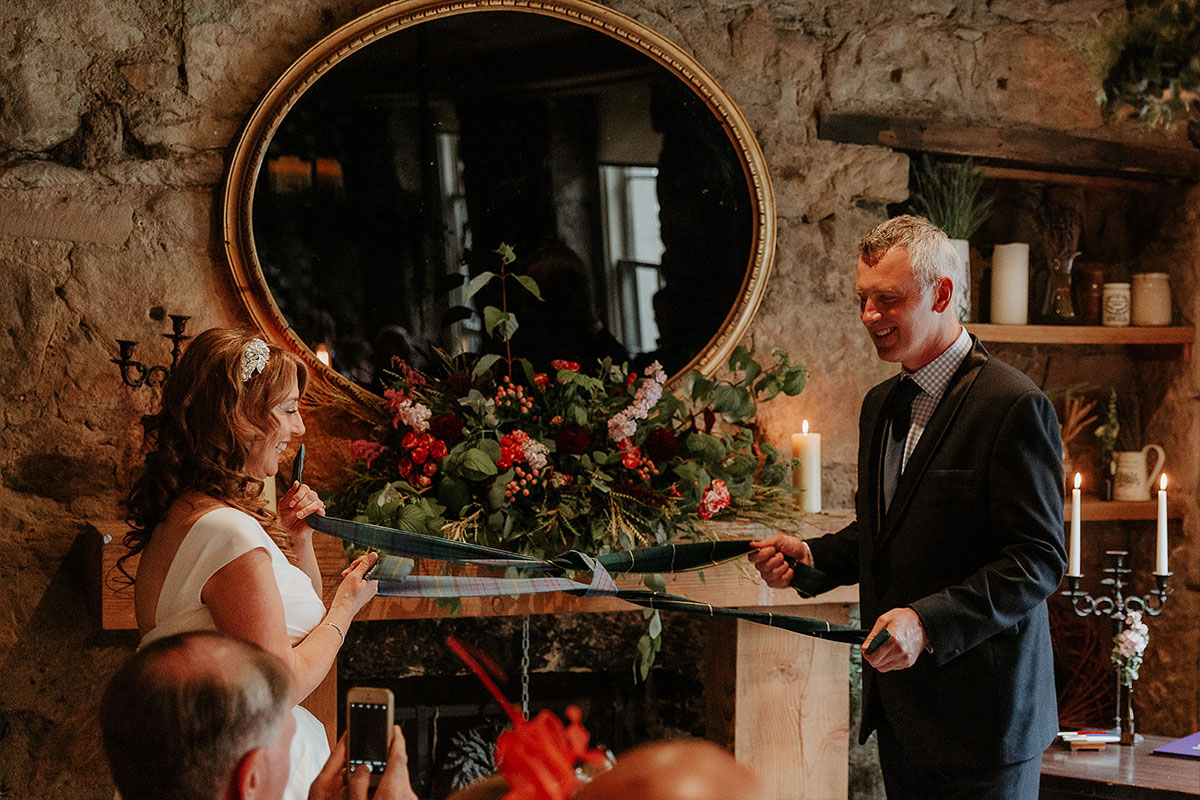 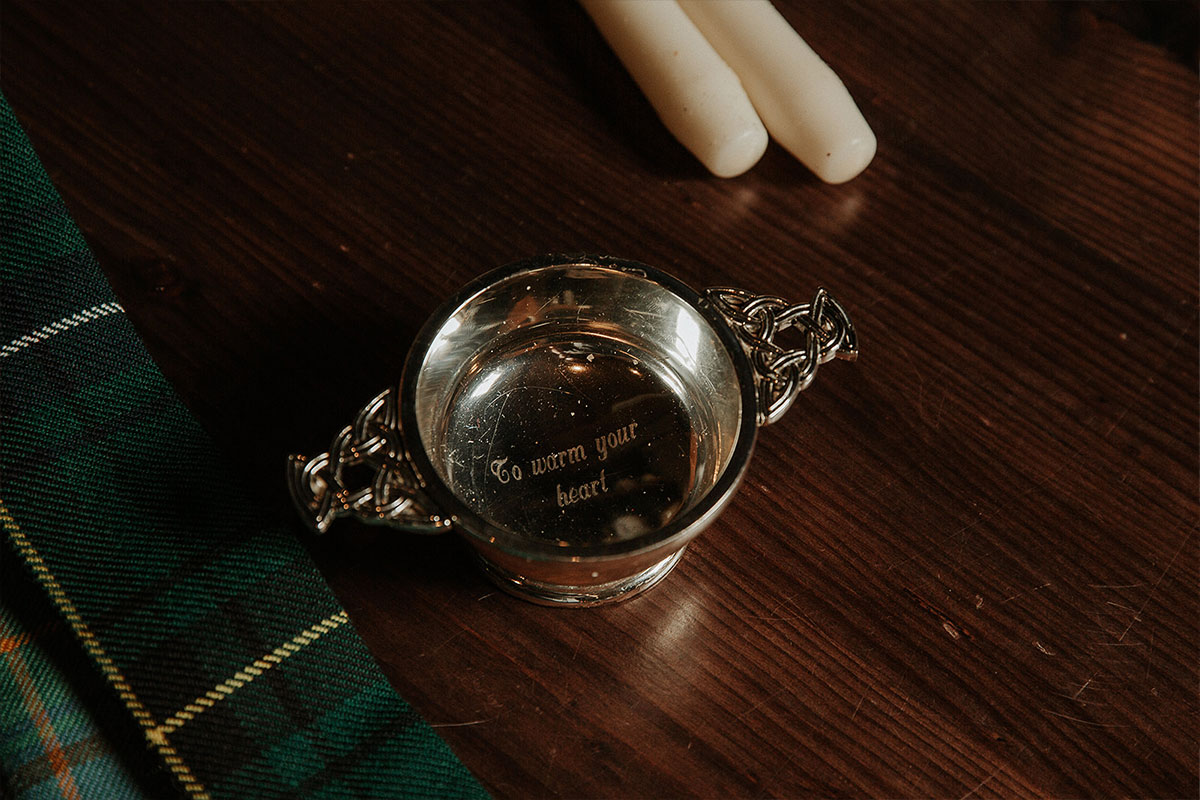 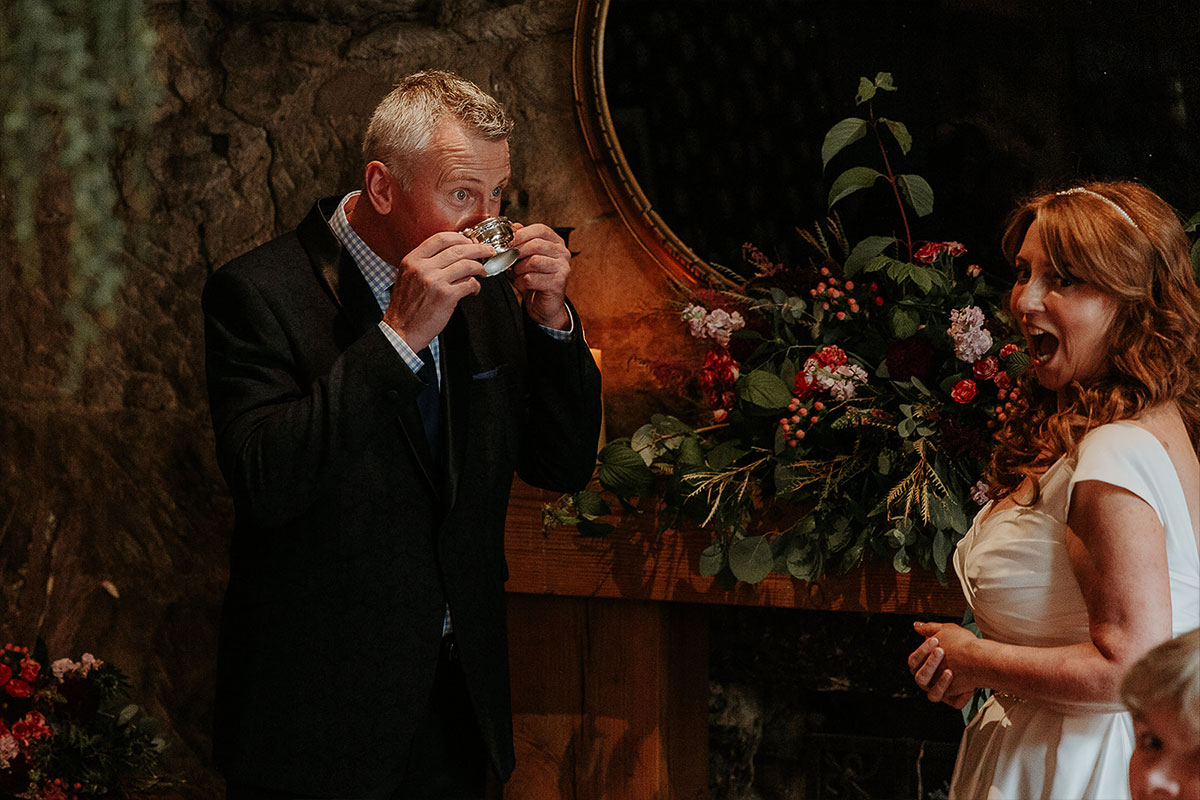 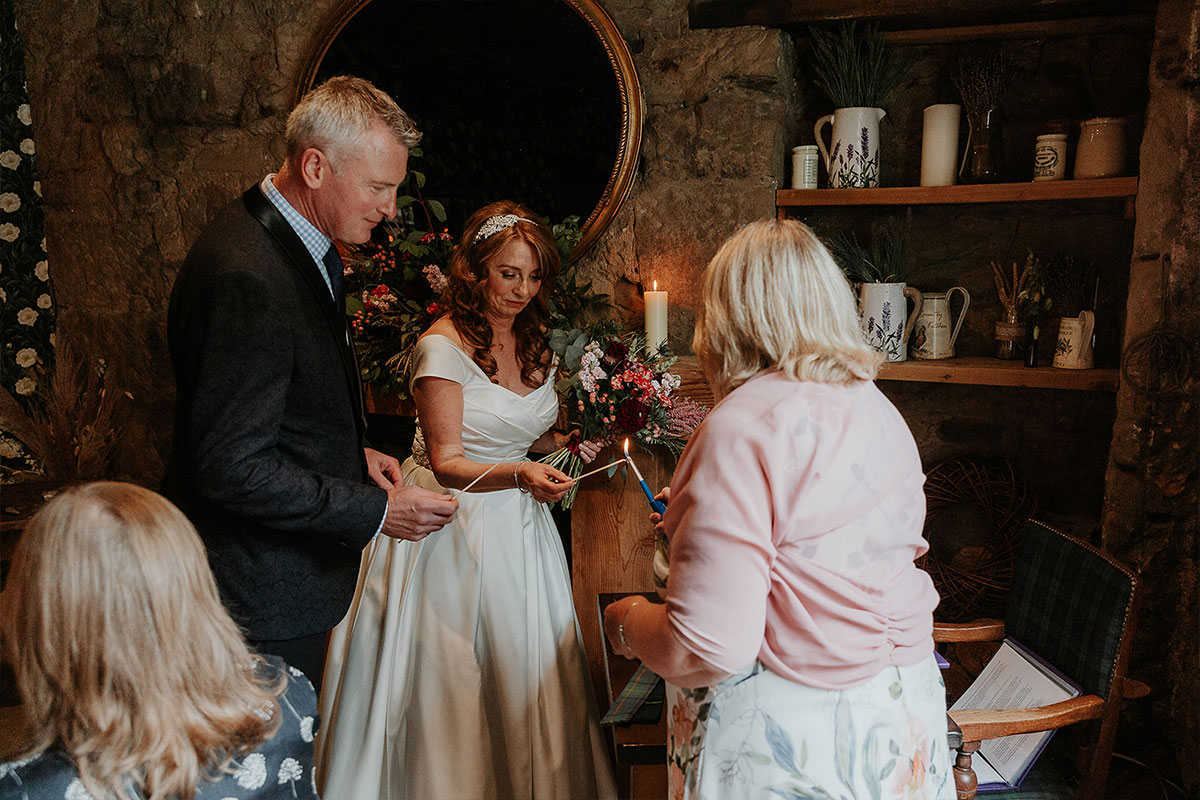 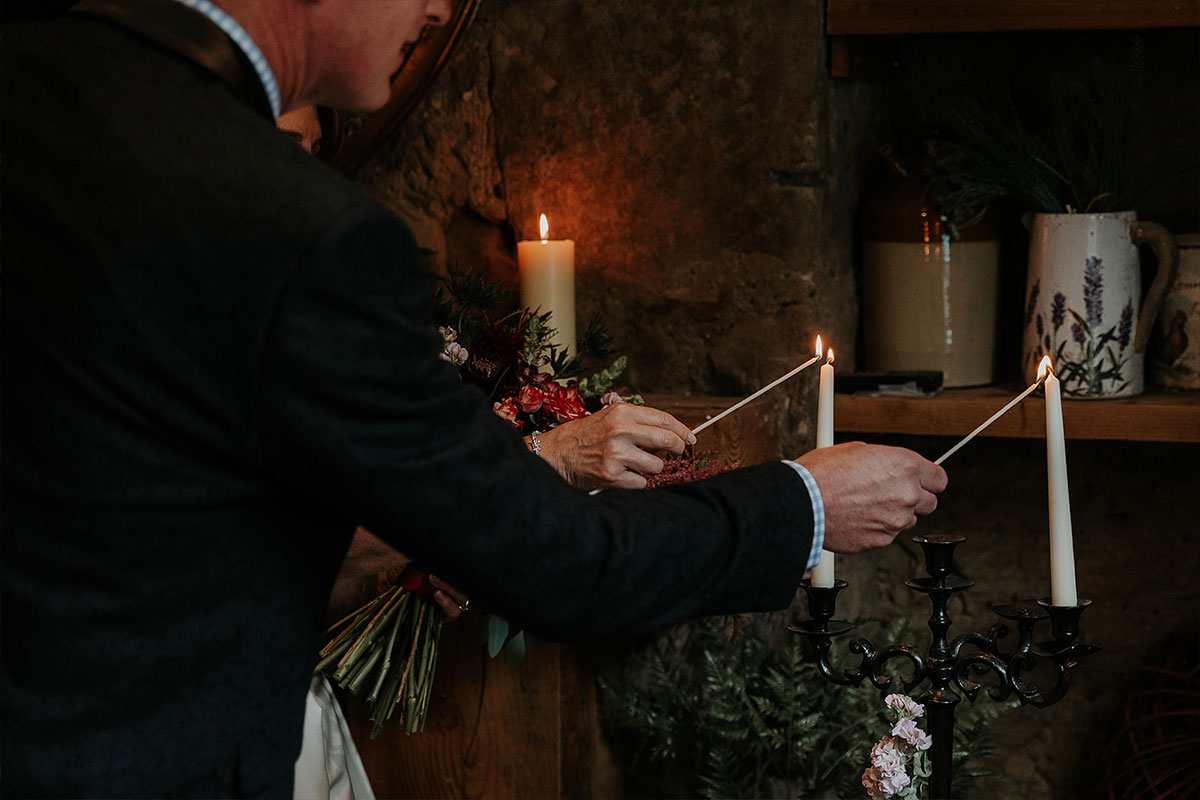 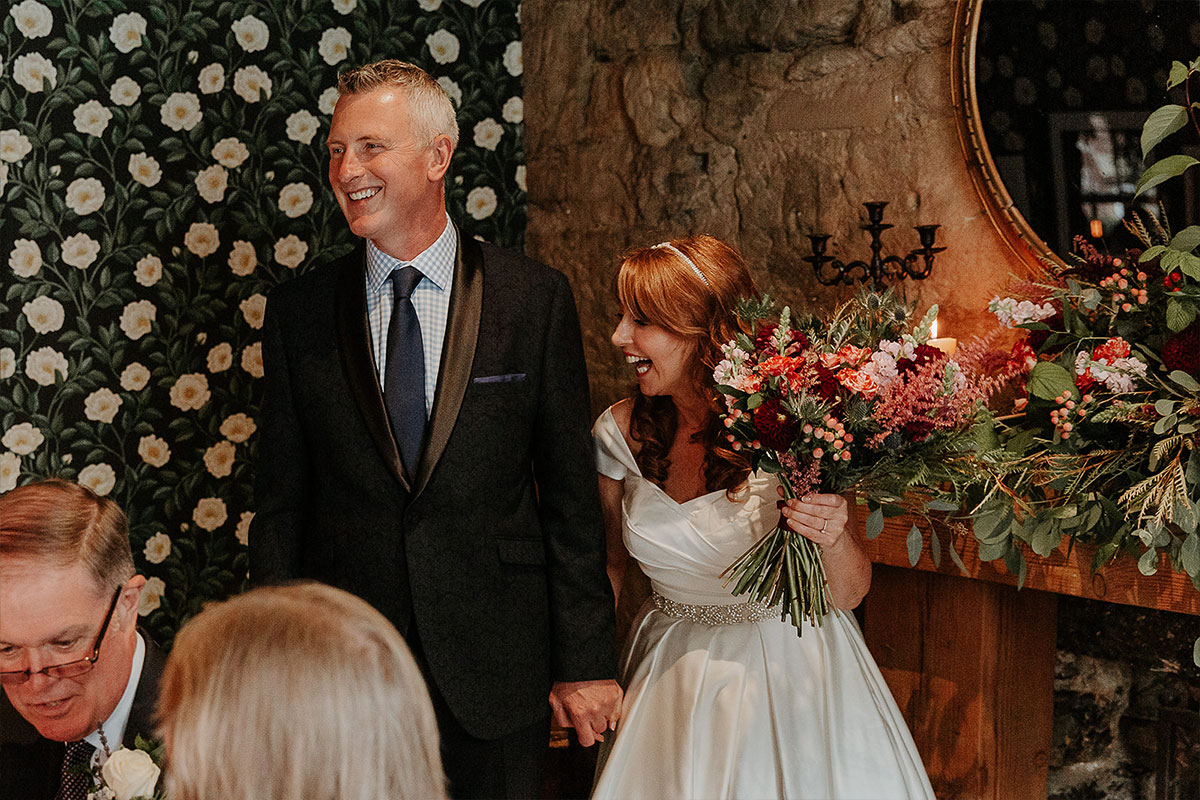 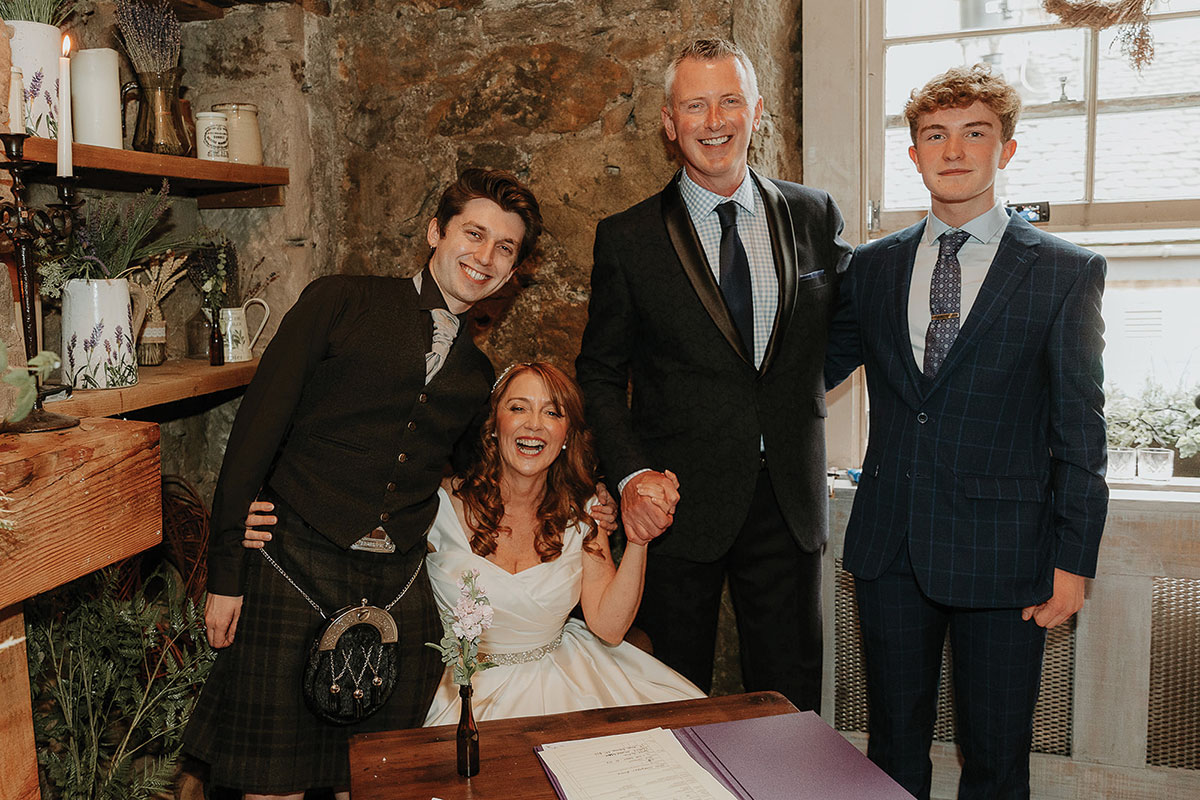 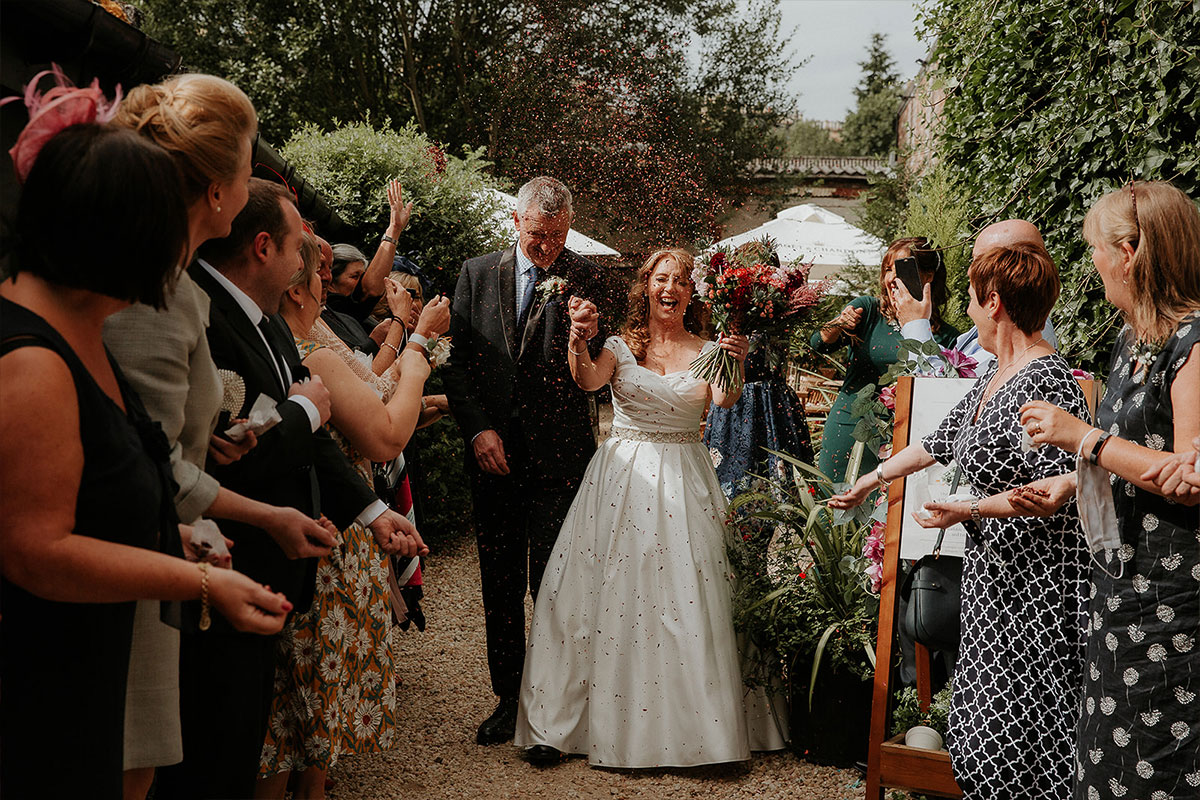 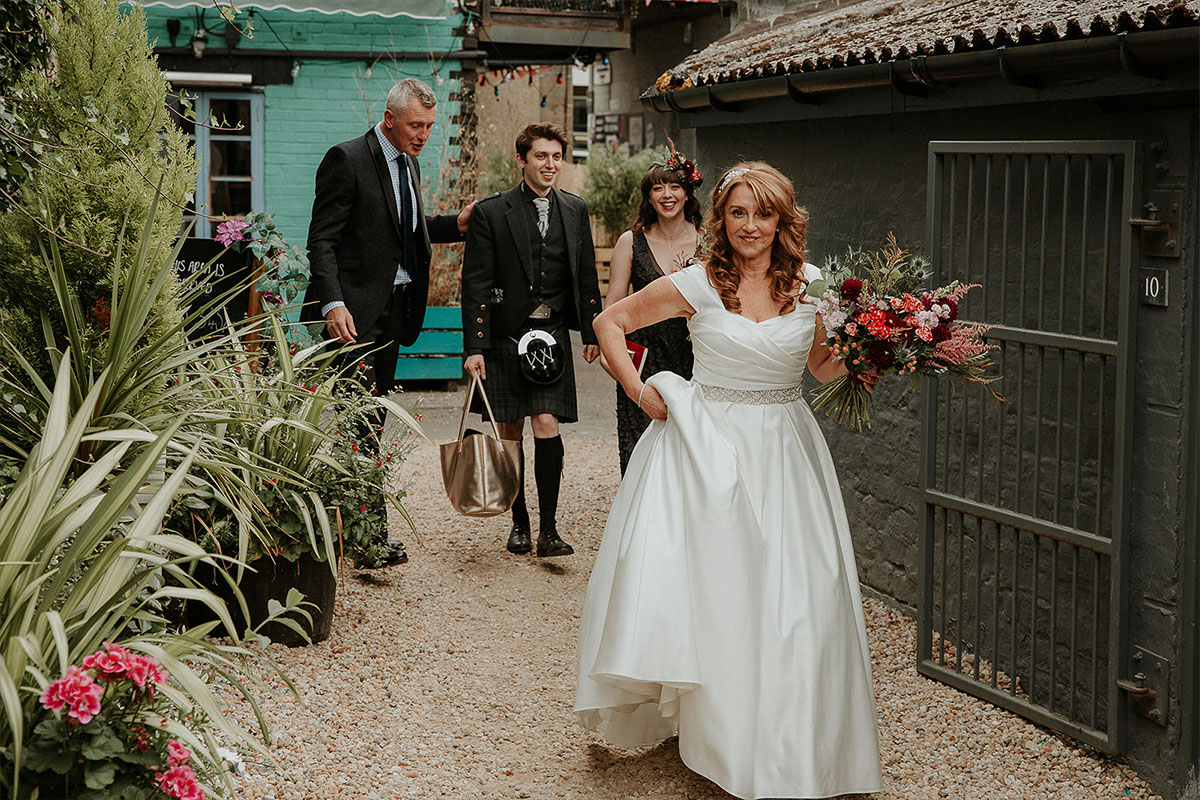 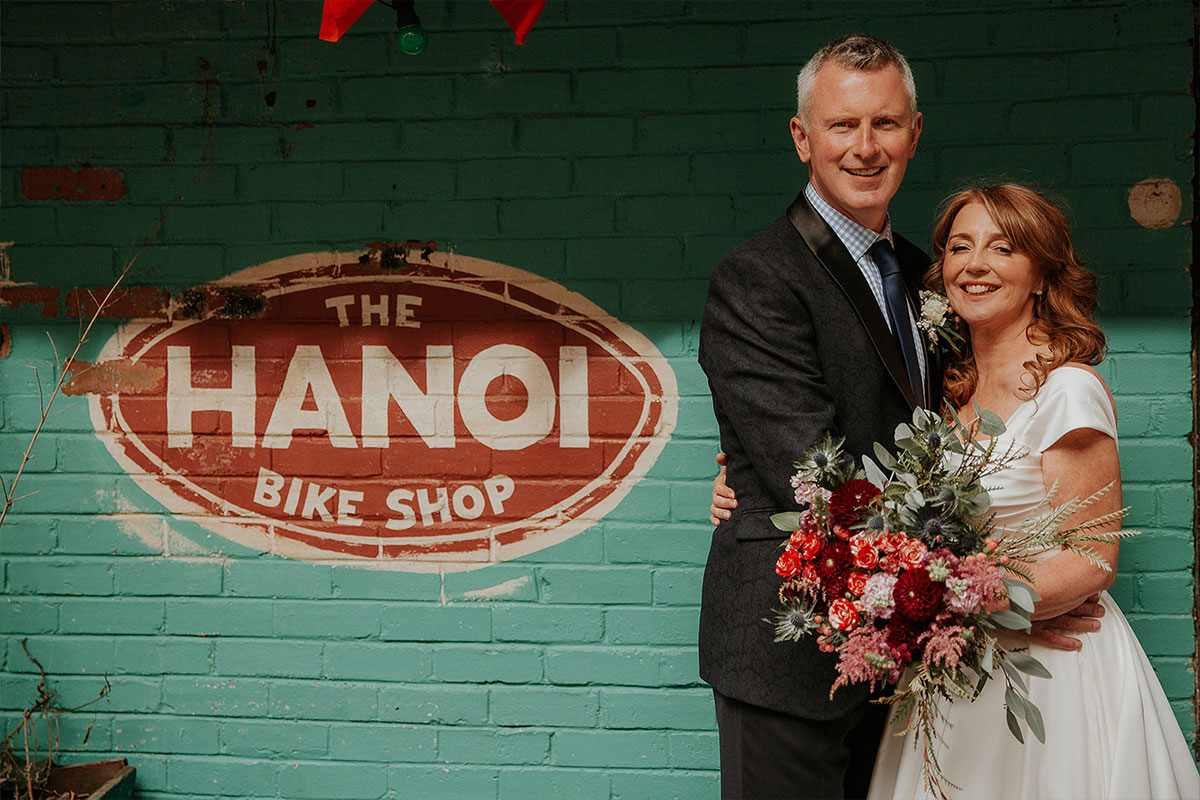 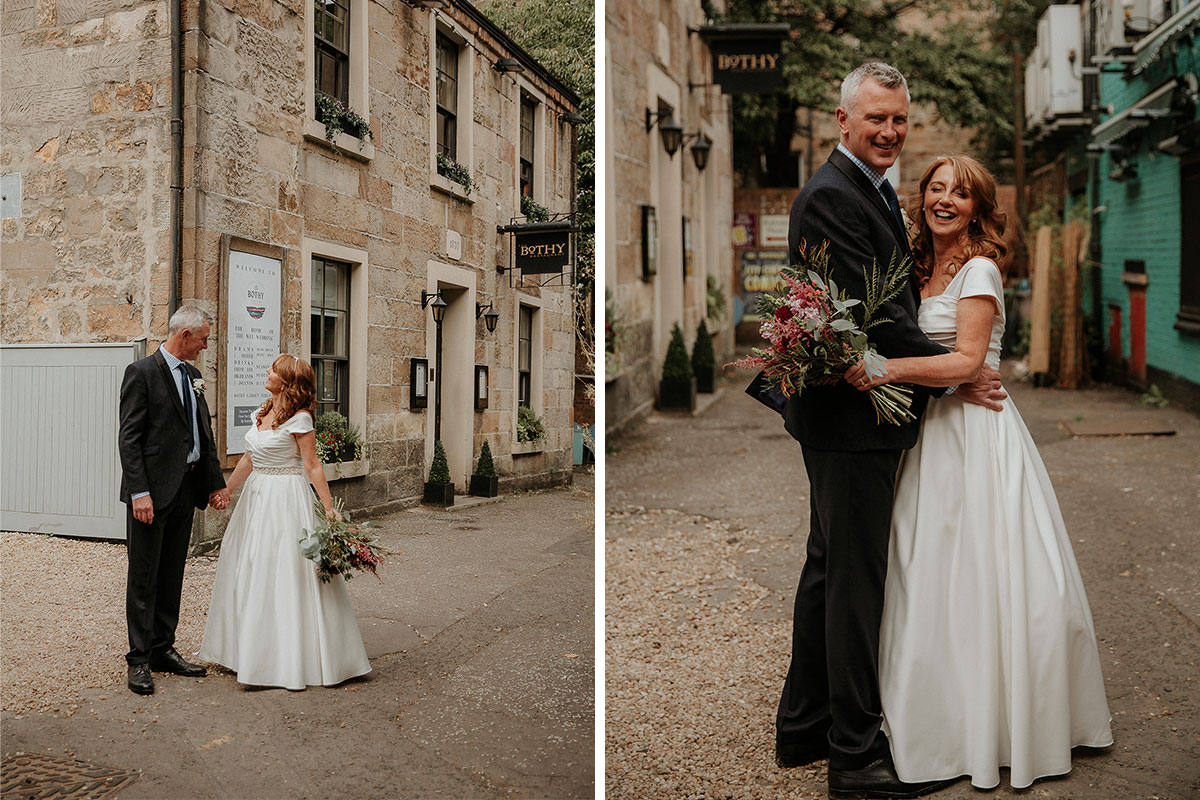 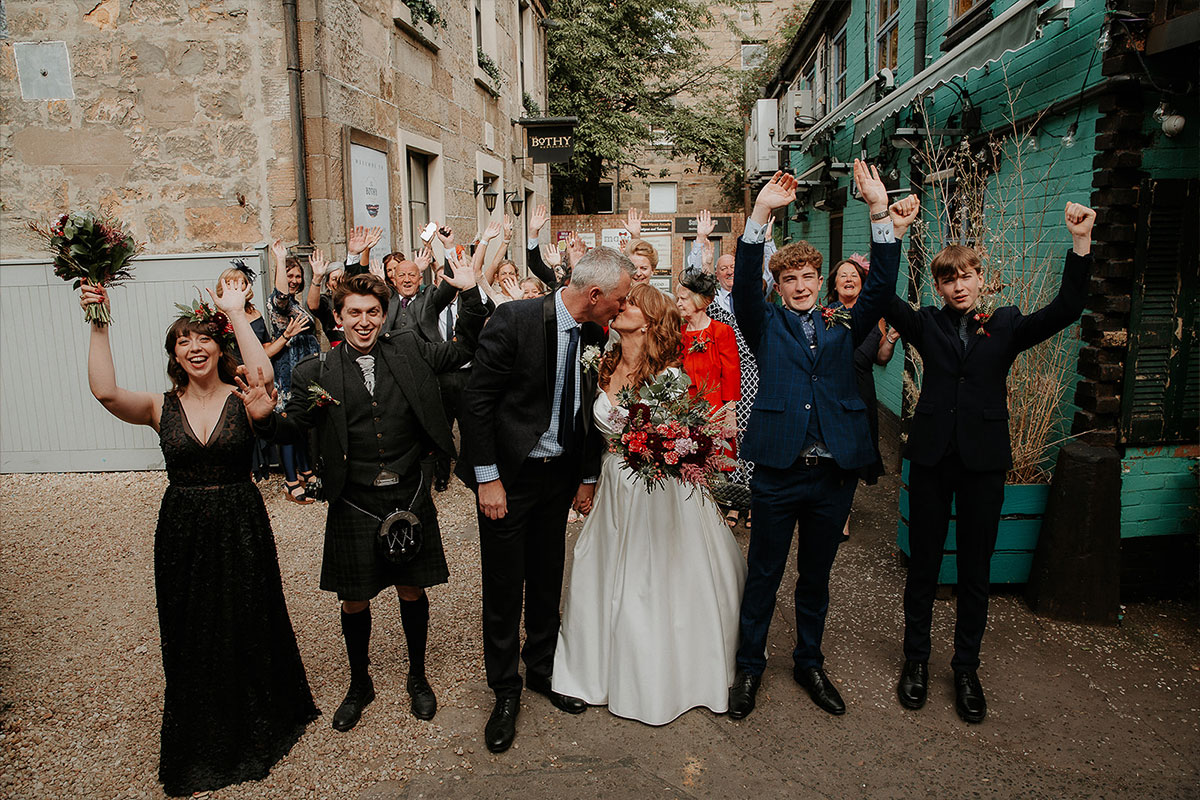 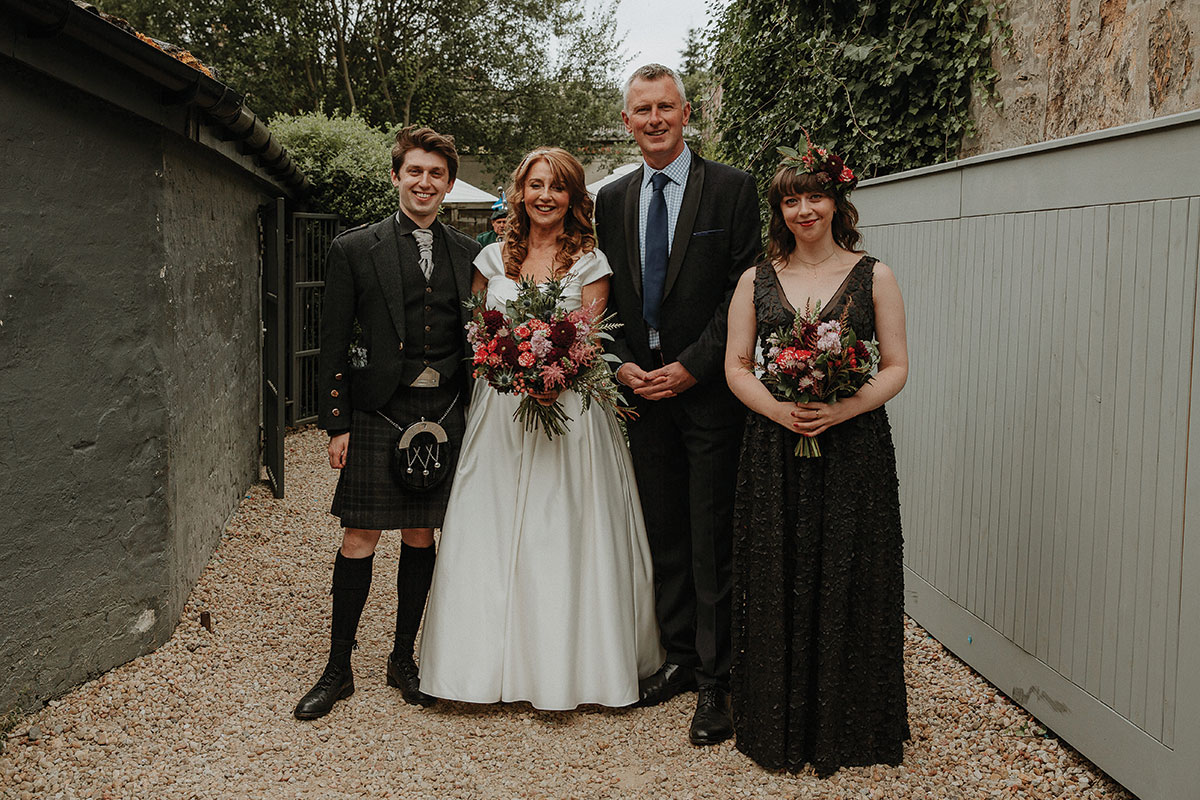 How to plan a more environmentally sustainable, greener wedding in Scotland

Behind the lens part 3: get to know some of Scotland's finest wedding photographers