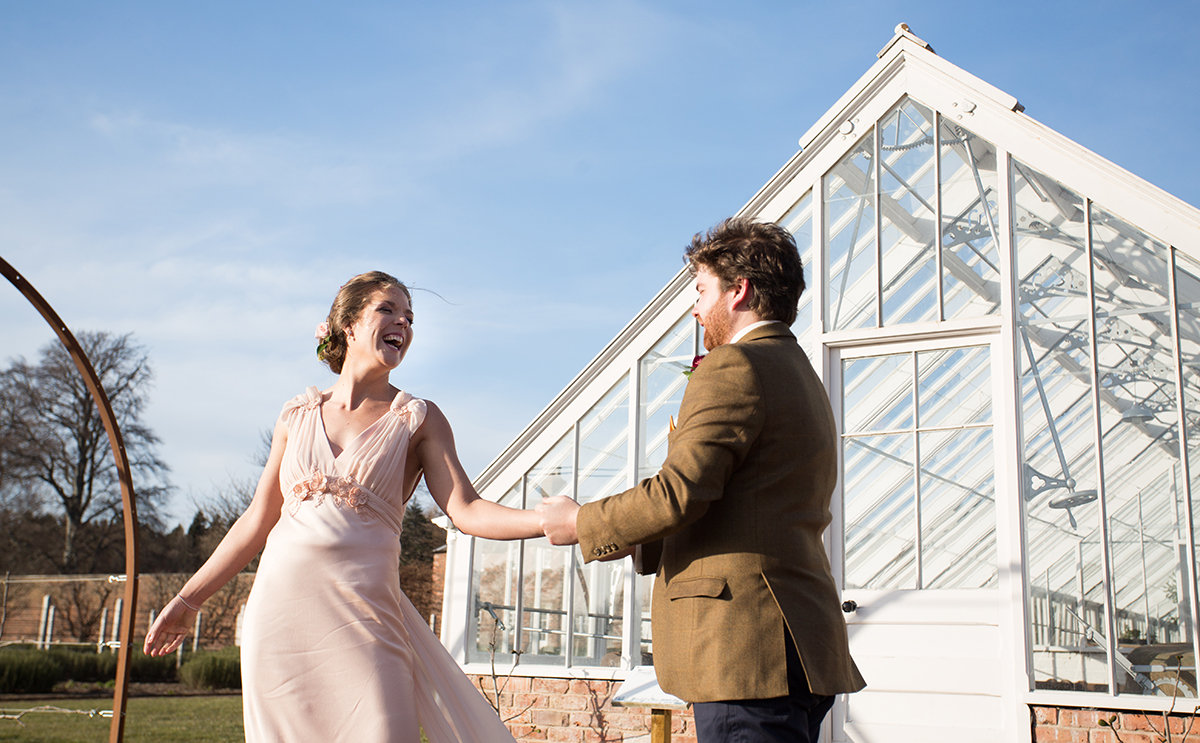 “It was December 2016, and we had rented a country pile for the festivities, the first spent together with the family. It must be mentioned that Mike is ‘Mr Christmas’. He loves it. He even agreed to cook the meal for everyone. While he was busy in the kitchen, we decided to start opening presents, as my grandpa hadn’t been very well and was feeling slightly more ‘with it’ at that point. I unwrapped an envelope containing a card saying, ‘pass to Grandpa’, who was at a lost as to what was going on. He read aloud a message which Mike had written and when he finished, Mike knelt down by the tree and popped the question in front of the whole family. Of course I said yes.

We had always spoken about having an intimate wedding. Hiring houses with friends is kind of our ‘thing’ – we’ve stayed in Cornwall for bank holidays and celebrated Hogmanay in France, playing games, cooking and dressing up for dinner. We imagined something similar for our nuptials, a glorified house party to make memories beyond the big day, although I was quite clear that I didn’t want to tie the knot in a ‘sitting room’!

We started looking for predominantly castles that could accommodate everyone. Saving the best till last, we visited Gordon Castle. Just driving through the gates brought me to tears. It felt like home, but, at the same time, everything was five star.

Without leaving the estate, we could host our guests in several settings which all had their own charm. Being a small wedding, we felt this was even more important than usual. We wanted those invited to feel like family. Plus, no transport issues! We married in The Orangery. It was so pretty and fitted in with the idea of us being in the one place for the weekend.

I opted for a Topshop dress instead of a typical white gown. I didn’t want to feel like I was wearing a costume and not myself. My advice? Try anything.

On the morning of the big day, my mother was steaming the dresses when the fire alarm went off! Because the castle is a building of significance, the fire brigade were obligated to attend the scene. We were sat having hair and makeup done and the team burst in. I had to assume they weren’t there to entertain me (if you know what I mean…!)”

Top tip: “Wedding planning is a marathon, not a sprint. Enjoy it and be true to yourself, to both of you.” 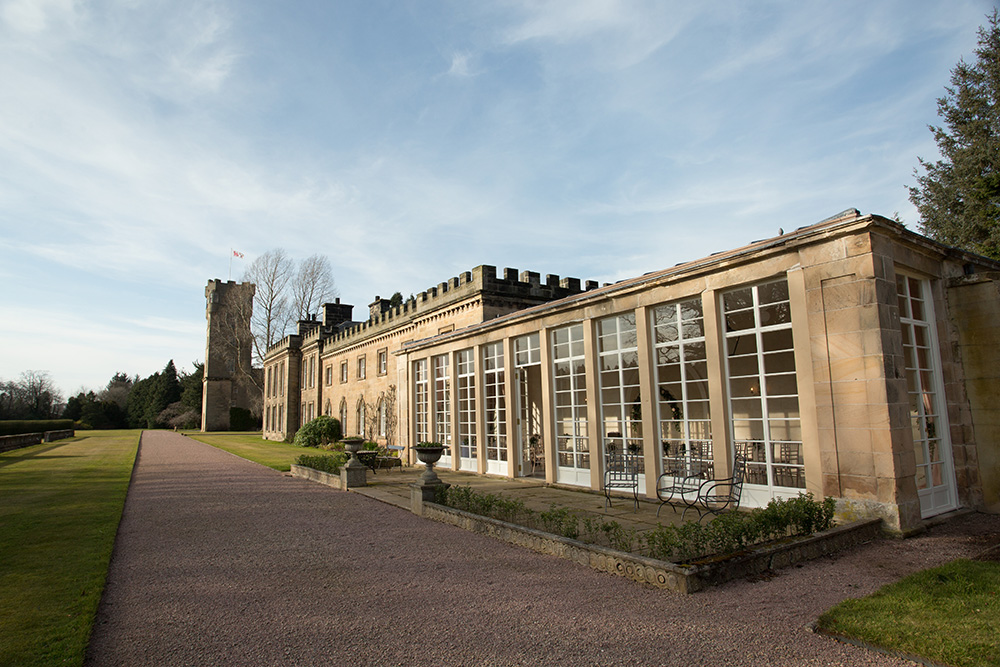 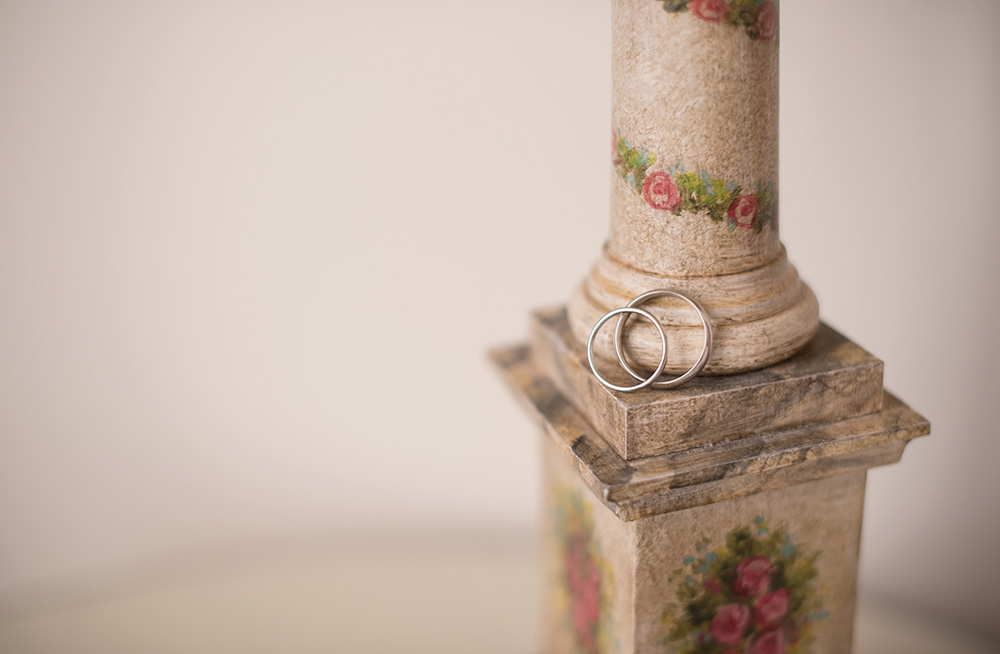 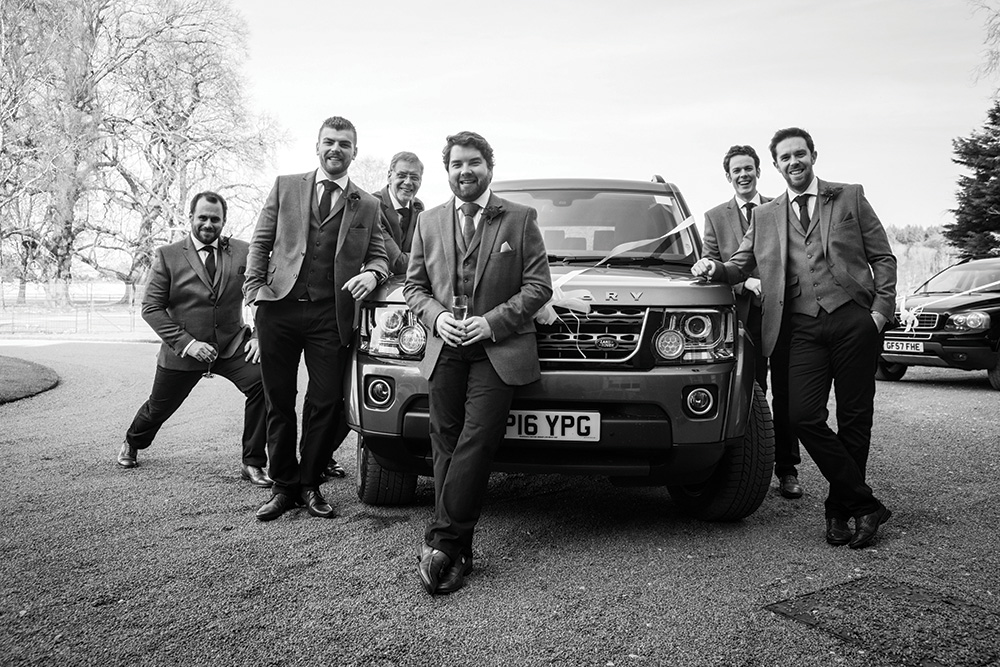 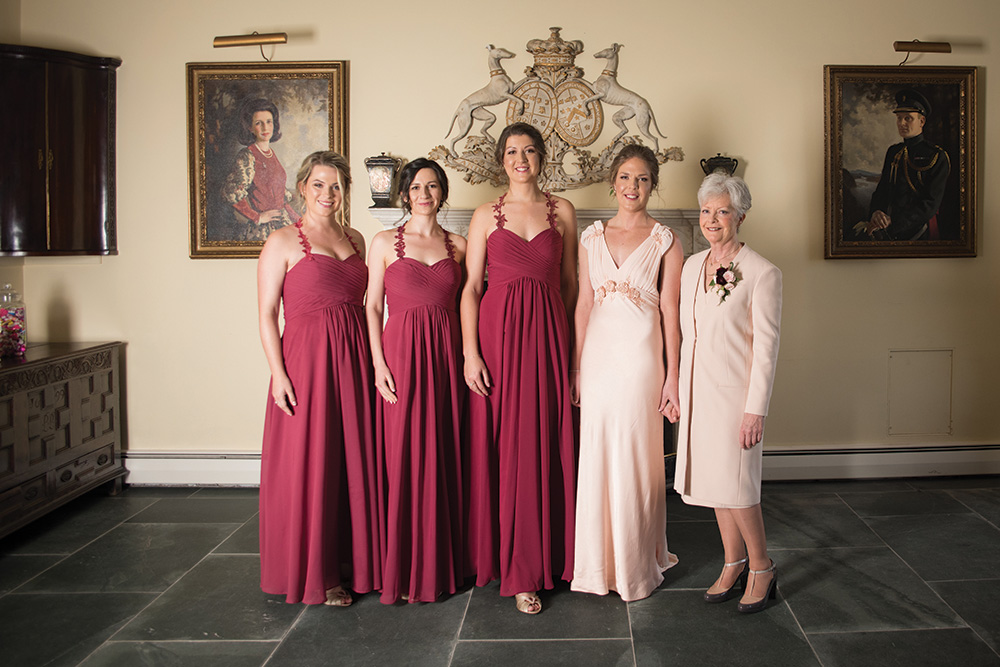 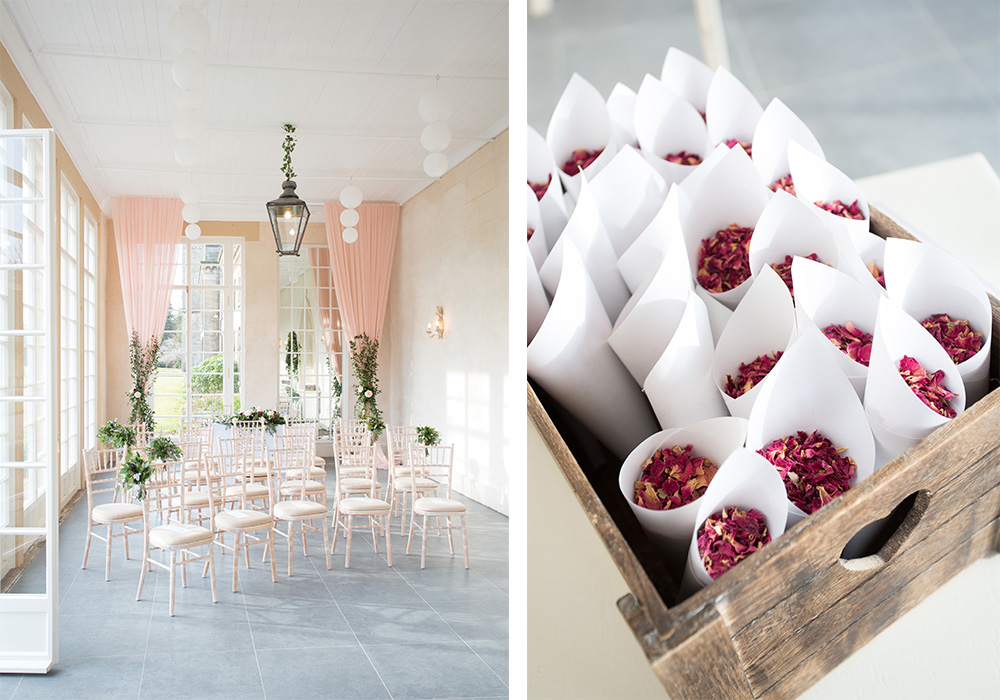 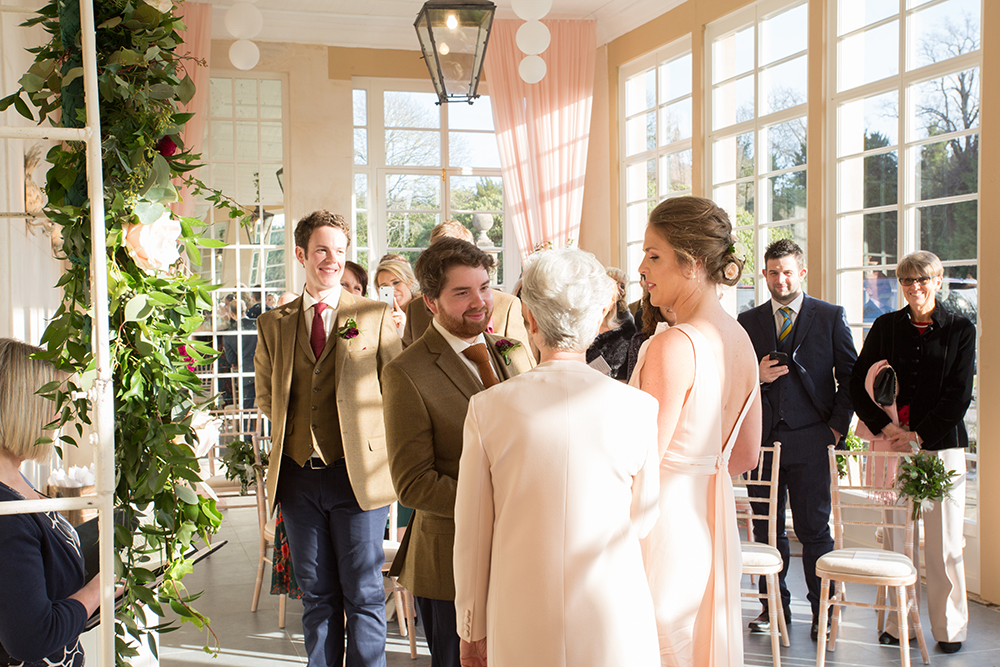 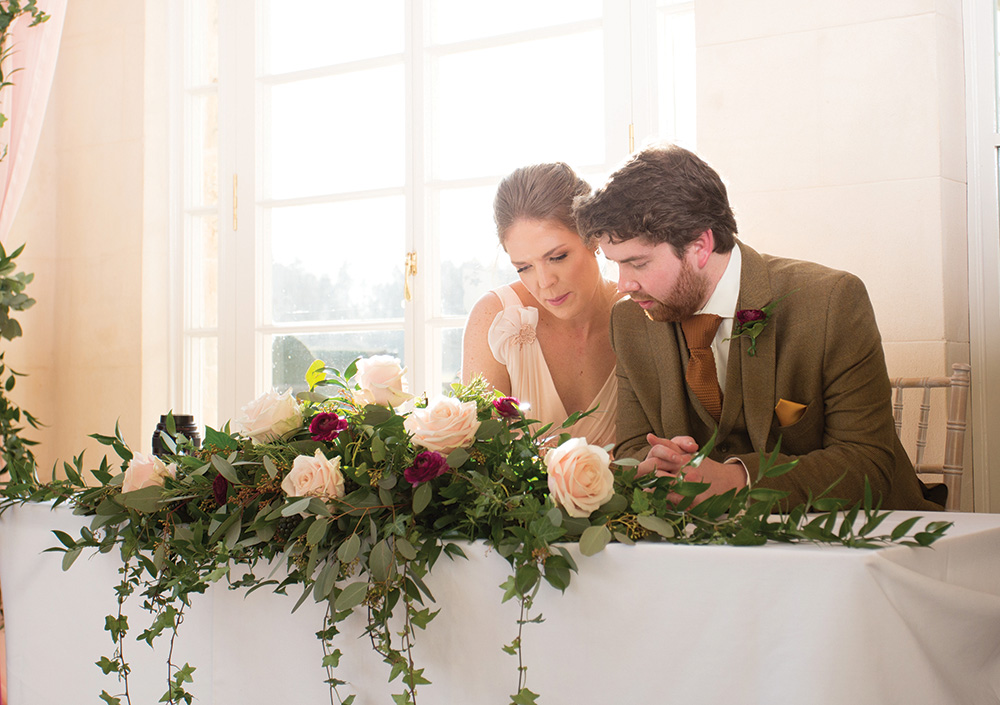 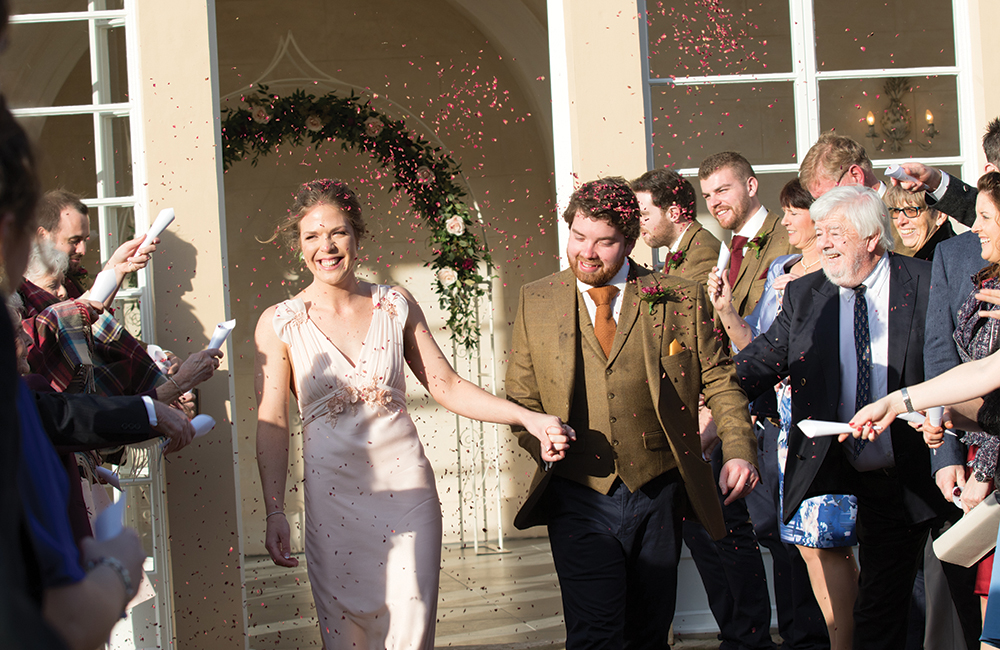 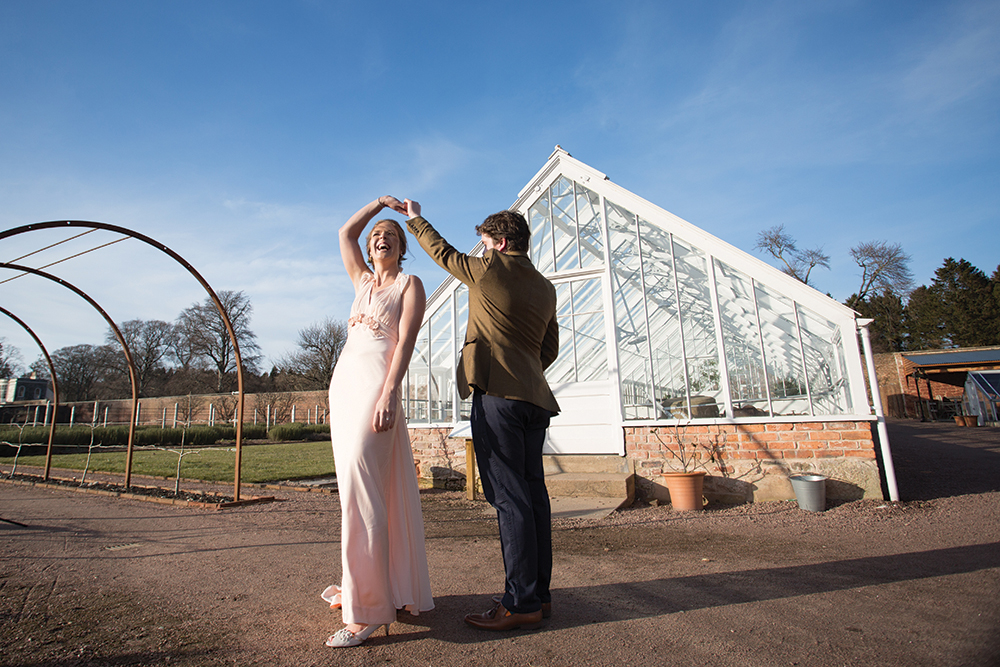 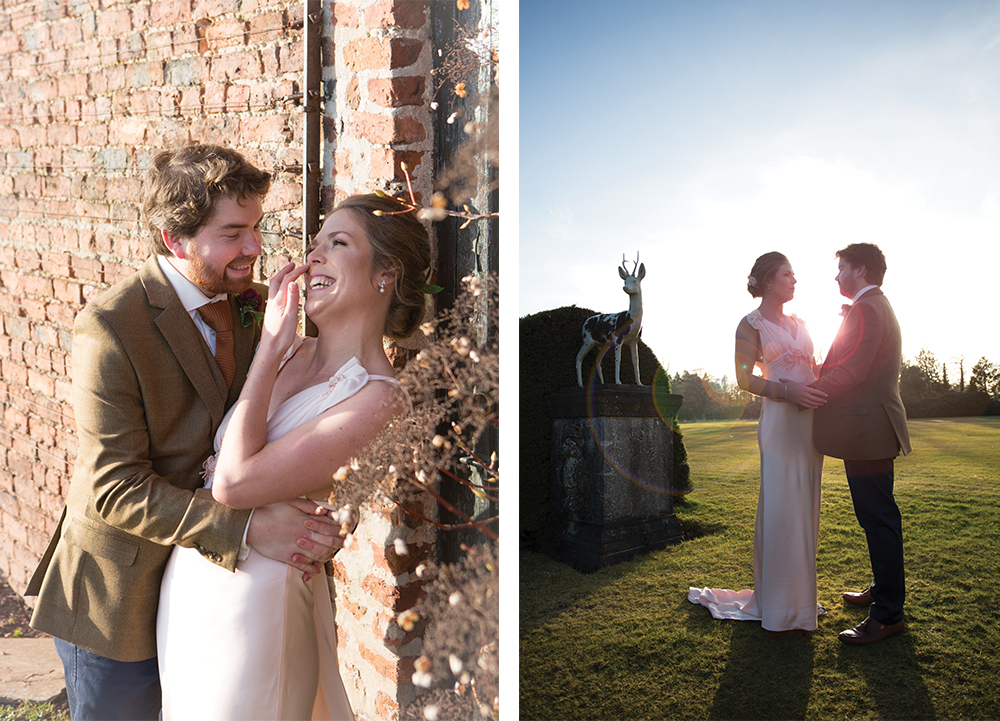 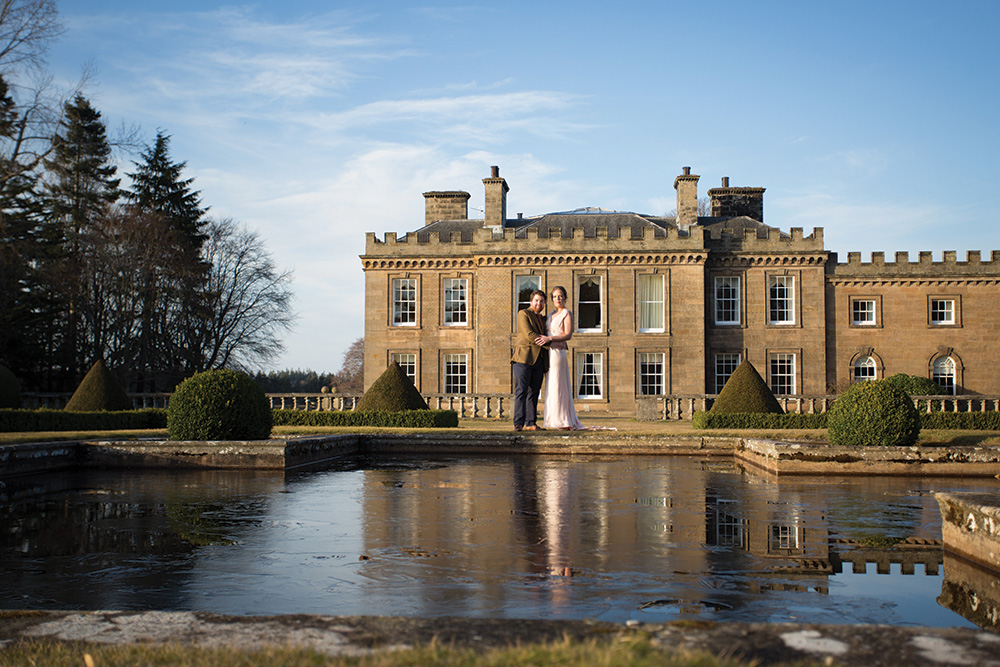 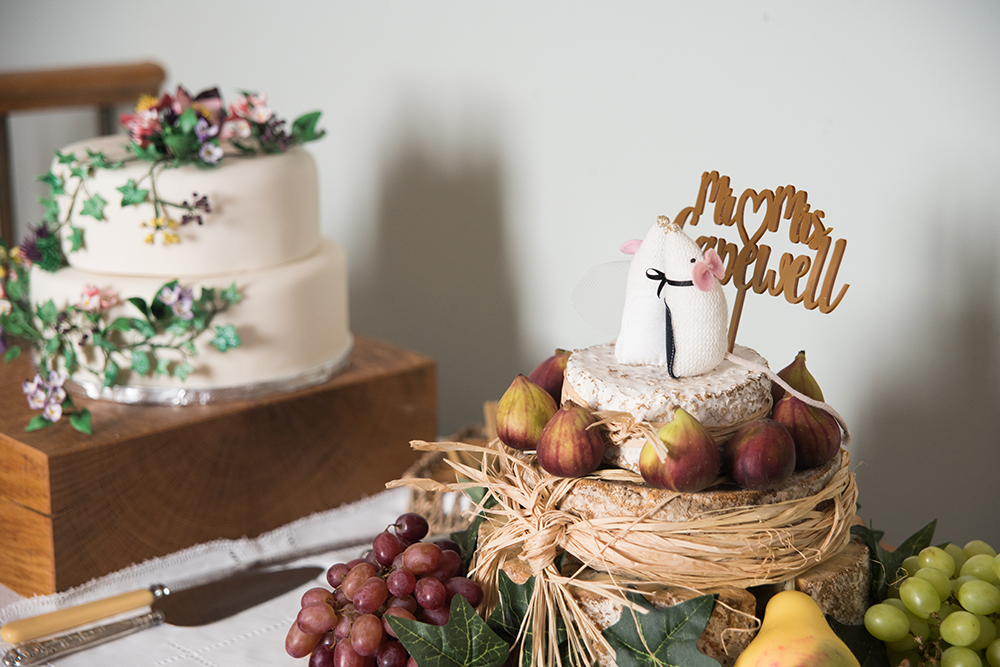 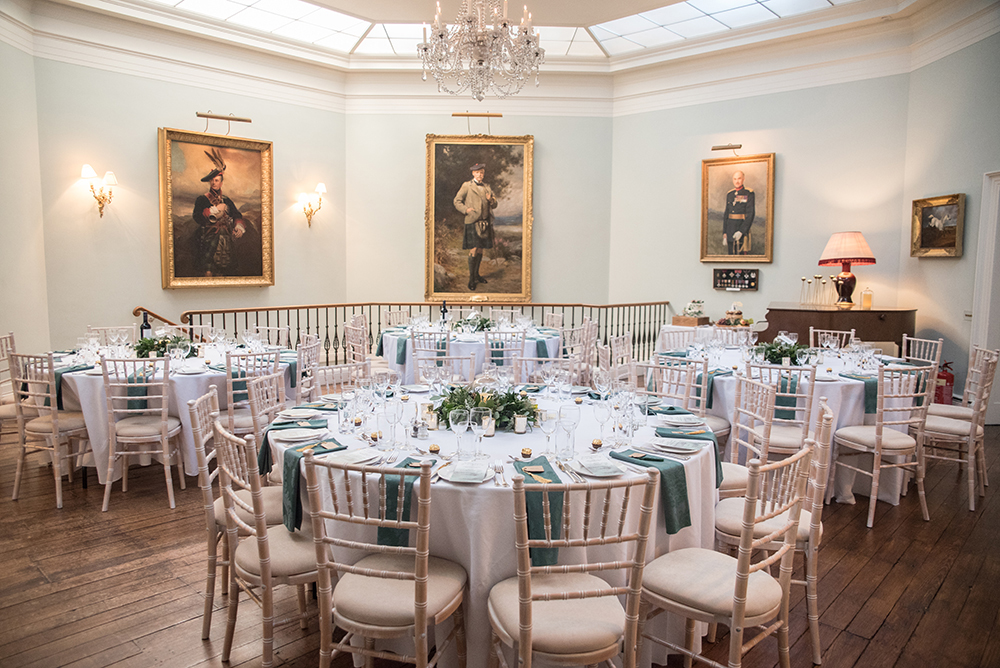 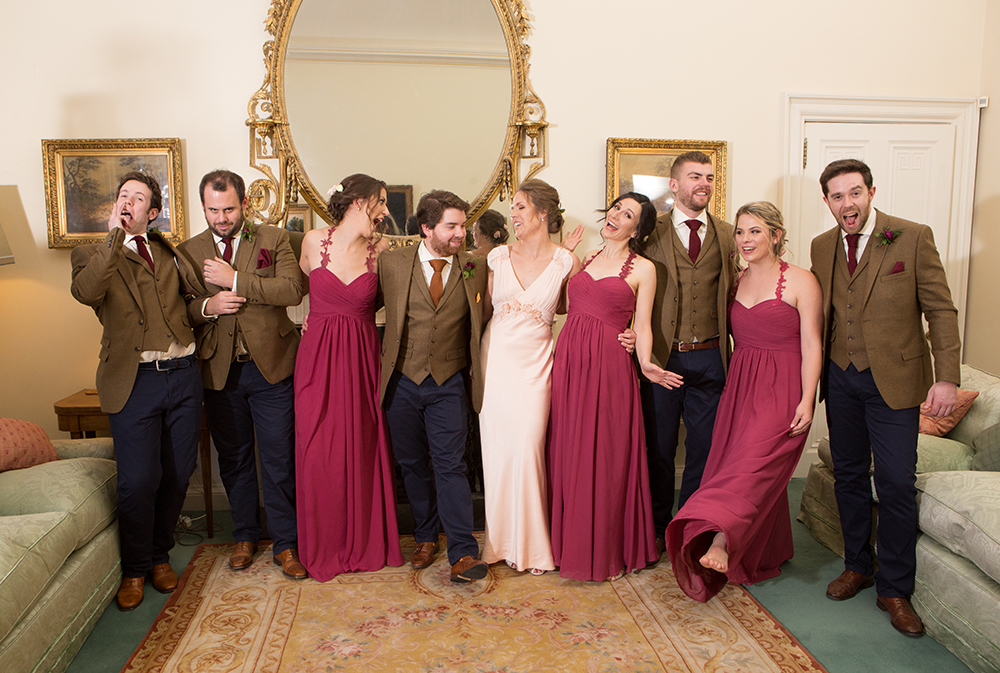 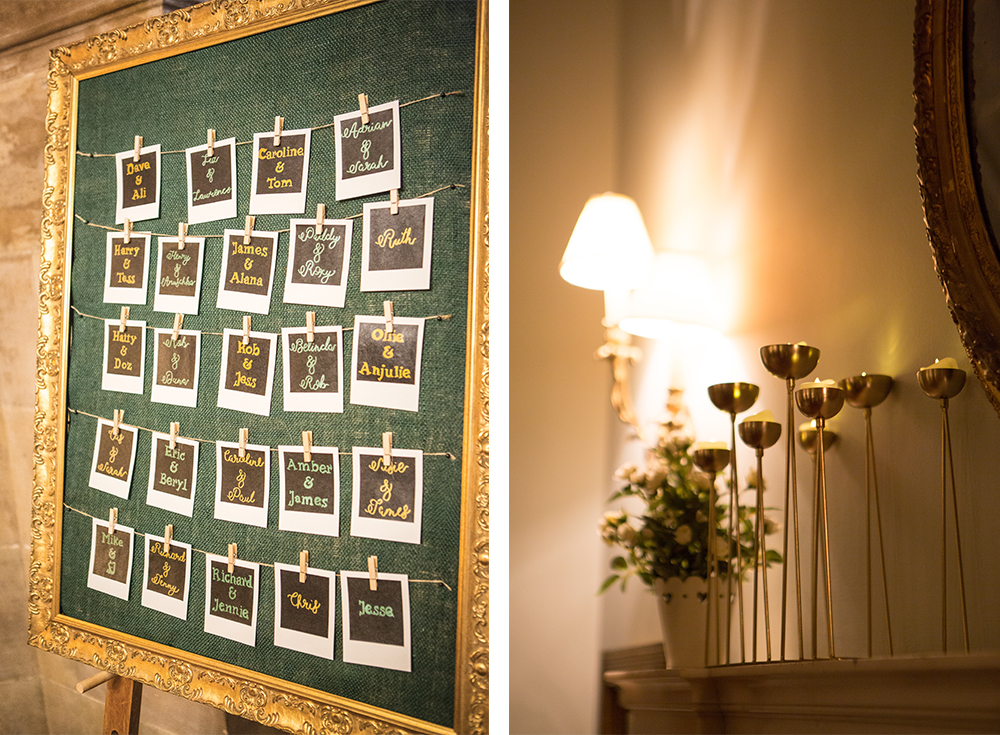 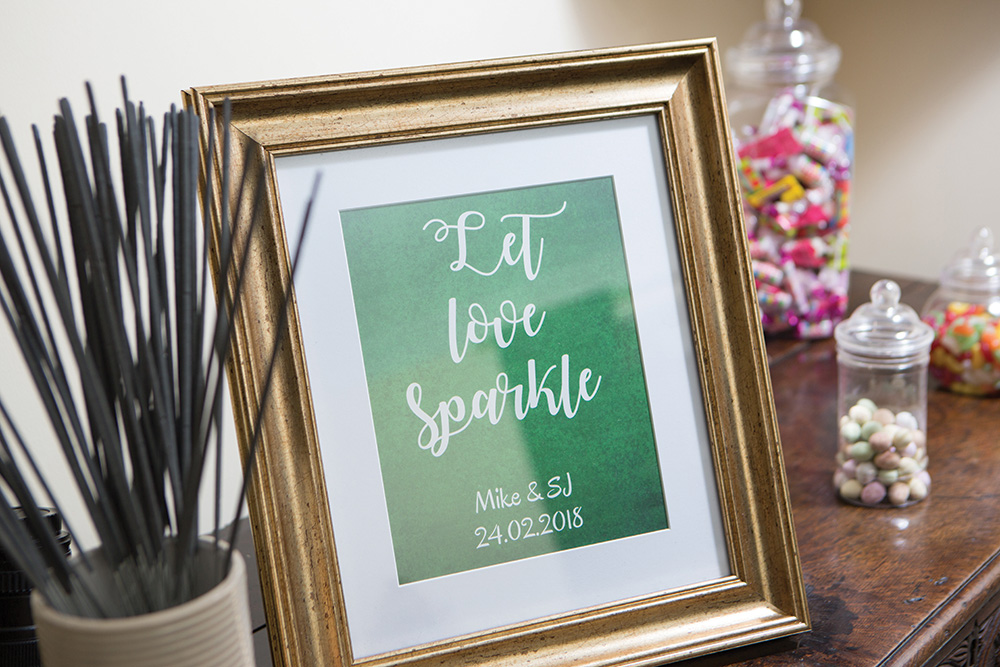 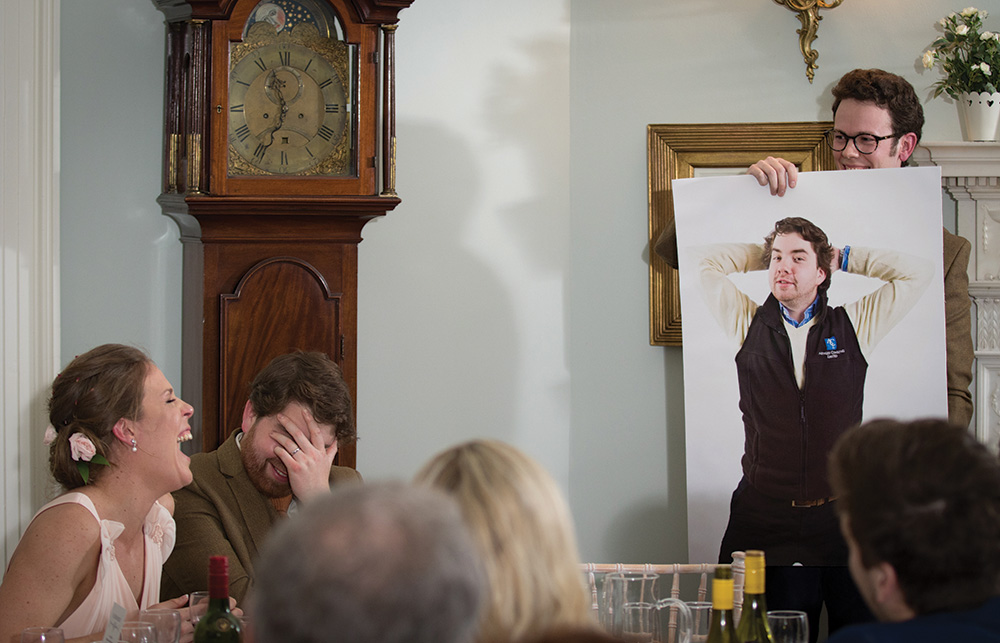 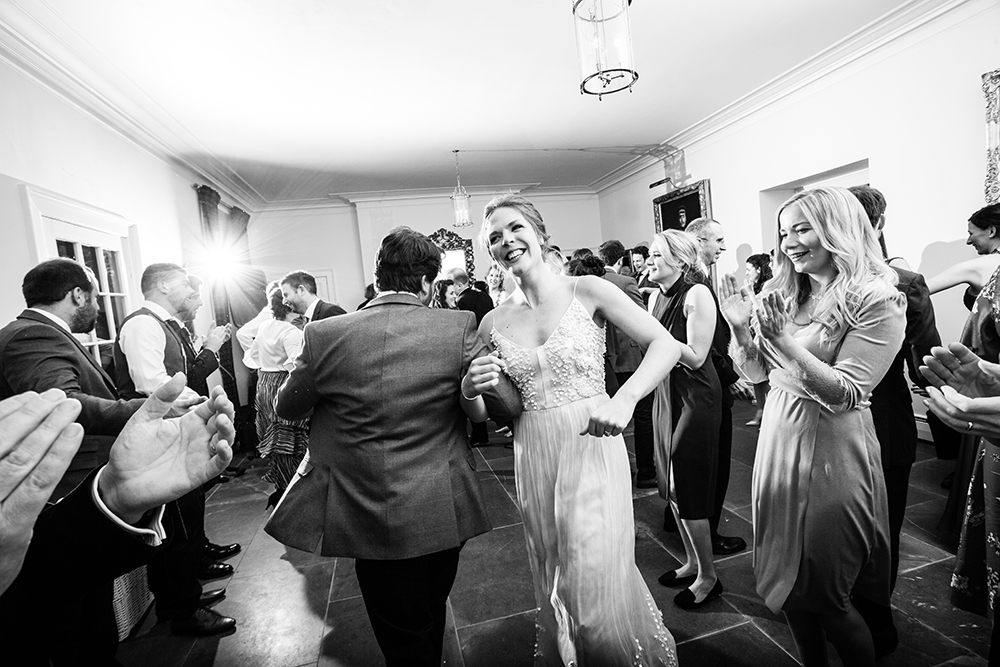 A hire power! Everything you need to know about hiring your groomswear

Behind the lens 5: we hear from some of Scotland’s top wedding photographers

Same-sex Highland wedding with two brides, two ceremonies and a reception in a golf club