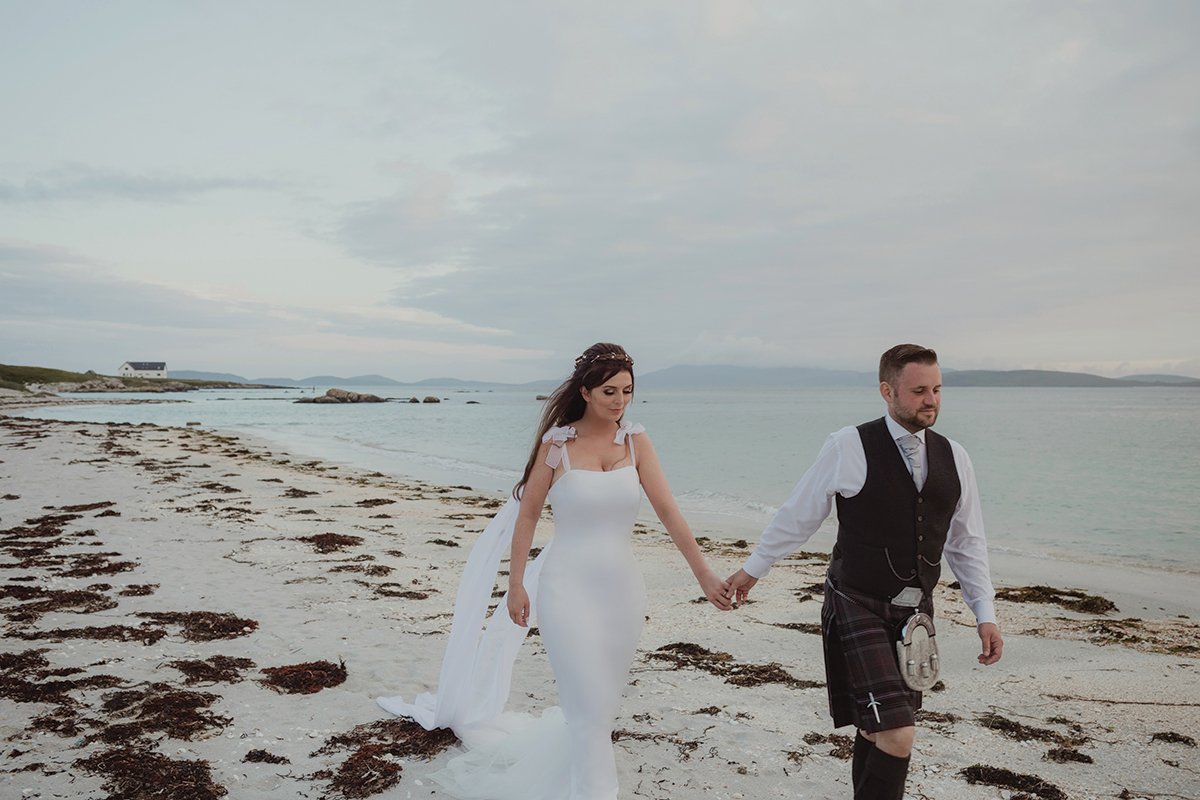 “I am a huge fan of the movie Titanic. By the time we were enjoying a long weekend in Belfast, Stuart and I had been together for two years. During a trip to the original ship’s visitor centre, he arranged for us to get our photograph taken on the replica grand staircase where he got down on one knee and popped the question.

The room was filled with people having afternoon tea, who all applauded when my shock had subsided and I said yes! Stuart proposed with a silver Lego ring encased in a Lego ring box, which was later replaced by a big, sparkling diamond. It was a dream proposal!

It was almost three years from engagement to wedding. We planned to have a baby first, so the nuptials took a bit of a backseat.

Our first decision, to marry on the beach in Eriskay, was actually one that I had made a long time ago. The island means so much to me. The exact spot where we exchanged vows was where I used to sit as a teenager on holiday, staring out to sea. Stuart had never visited before, so he took a gamble trusting me that it would all be perfect.

Our small and intimate humanist ceremony was conducted by Neil Lynch. We had 60 guests, as well as our daughter Nevaeh and fur babies Ollie and Mylo, all celebrating with us. Our piper, Chloe Steele, played My Heart Will Go On as I walked down the aisle, and it was even more incredible than I could ever have imagined.

Seeing everyone there waiting, as well as half the island watching on, was nerve-wracking but exciting. The best moment was when Neil announced us as husband and wife. It was very special.

We wanted a relaxed party atmosphere, with personality thrown in. Our wedding was heavily influenced by my other loves, Star Wars and Lego. I handmade my headpiece and lightsaber bouquet from scratch, designed the Lego cake and stand, and even came up with our beach ‘altar’: a customised whisky barrel in homage to the island’s most famous story, Whisky Galore. I also created our centrepieces, table decorations, favours, seating plan and table names.

I had searched online for a gown and found nothing I liked. I went to one bridal shop to pacify my mother and hated the styles I tried on! In the end, I designed my dress exactly how I envisioned it, unique to me. On the day, I finished off the look with jewelled ankle bracelets.

I’ve been surprised by how much more connected we feel since marrying, especially after already having had a child. It’s brought us closer together as a family.”

Top tip: “Don’t be frightened to tackle DIY projects. I knew from the beginning I would have to devise and make a lot of the elements myself.” 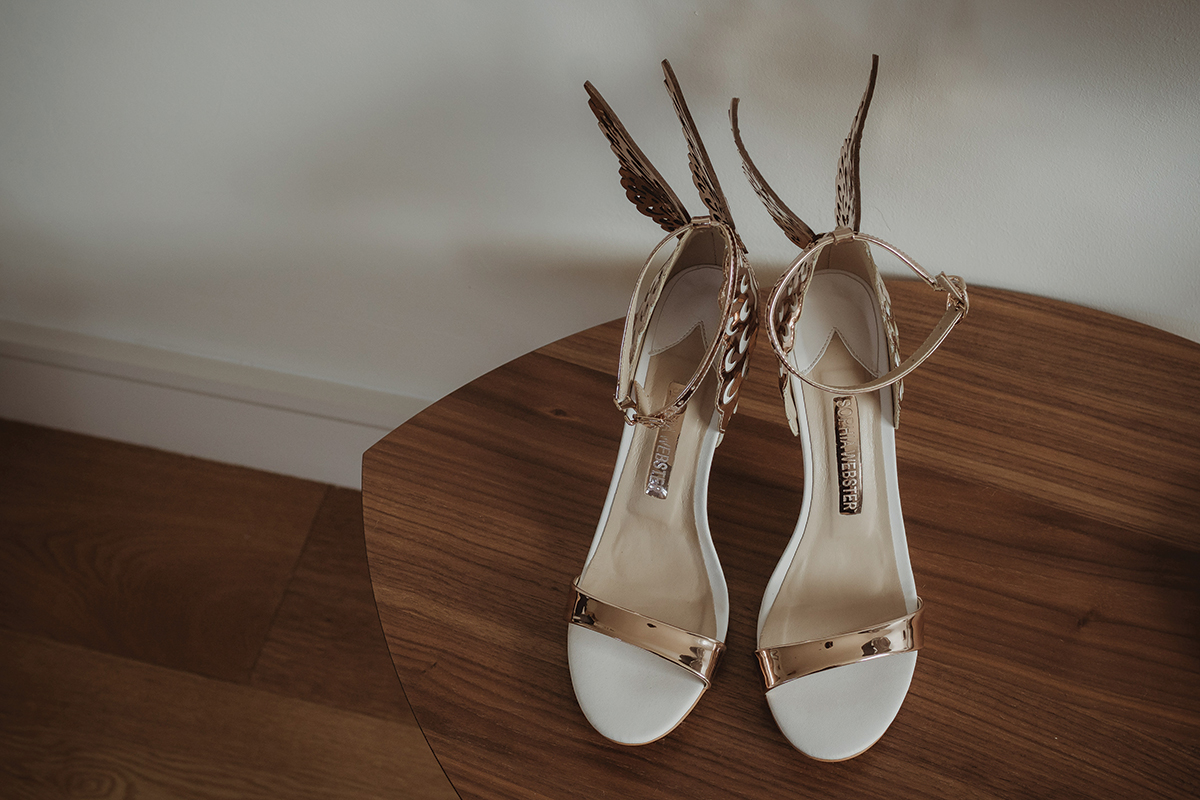 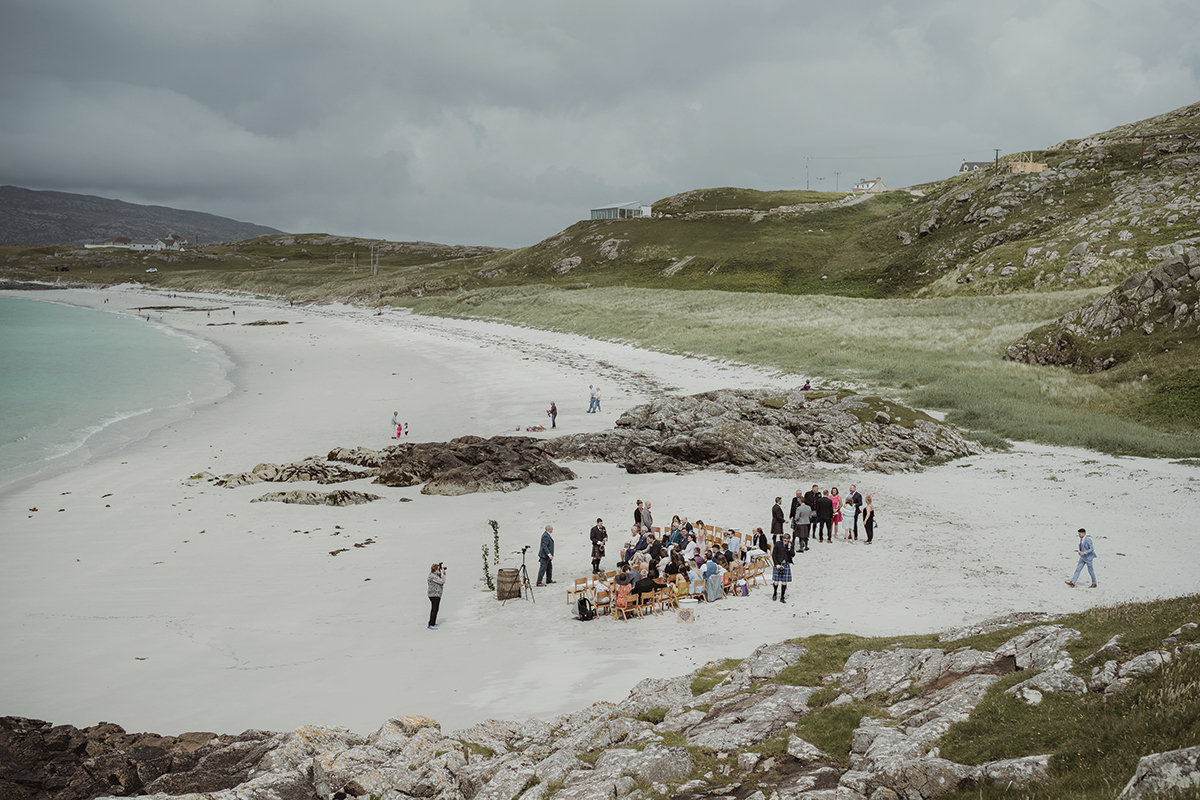 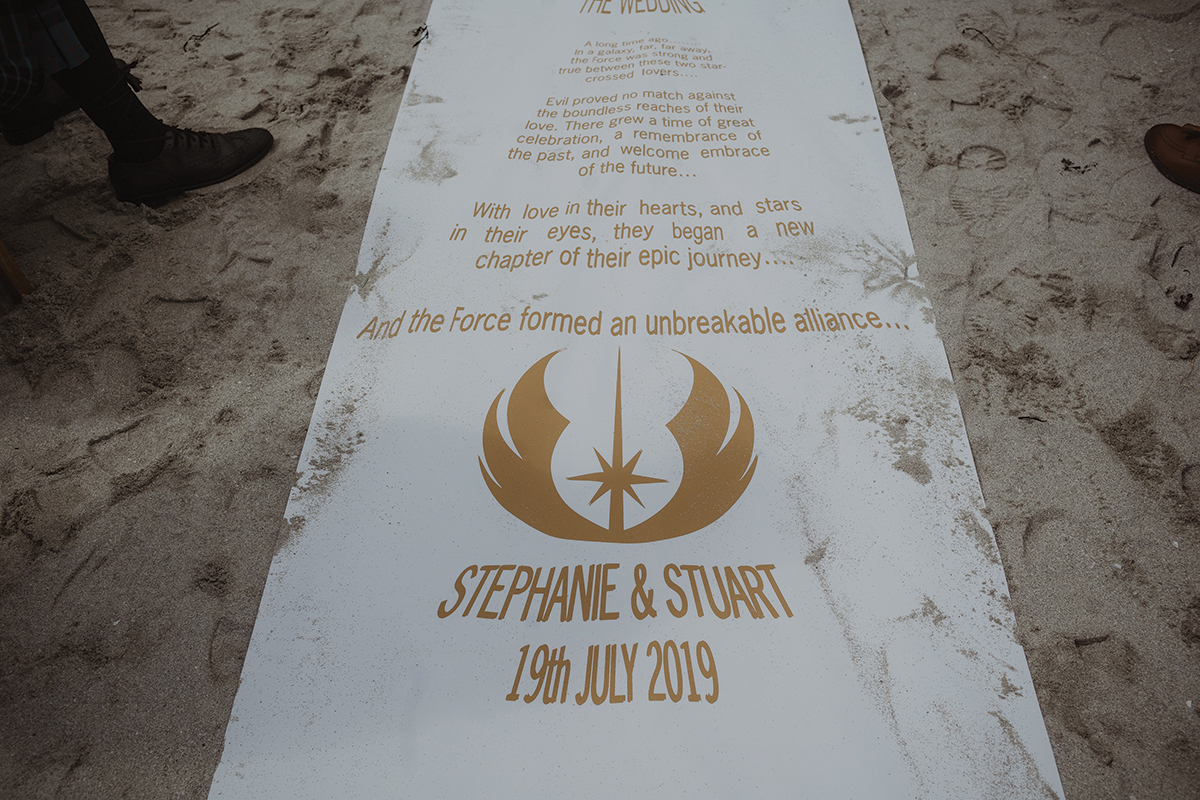 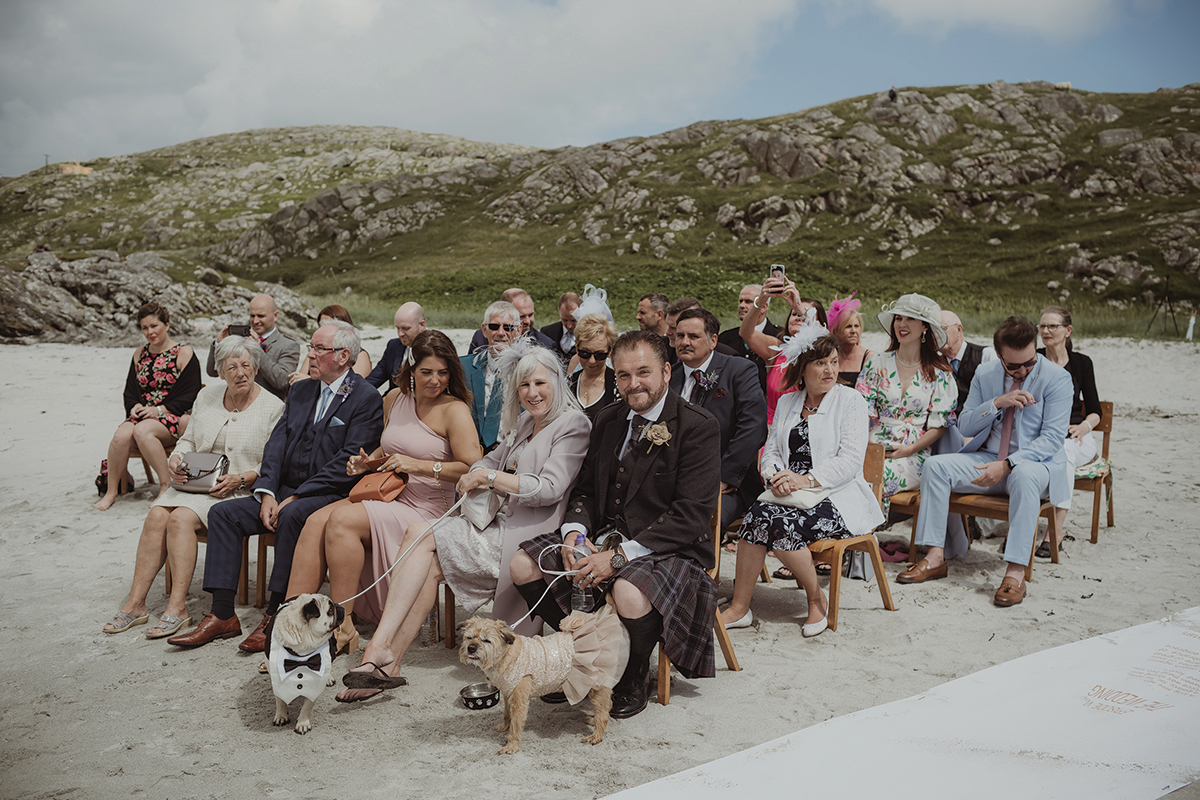 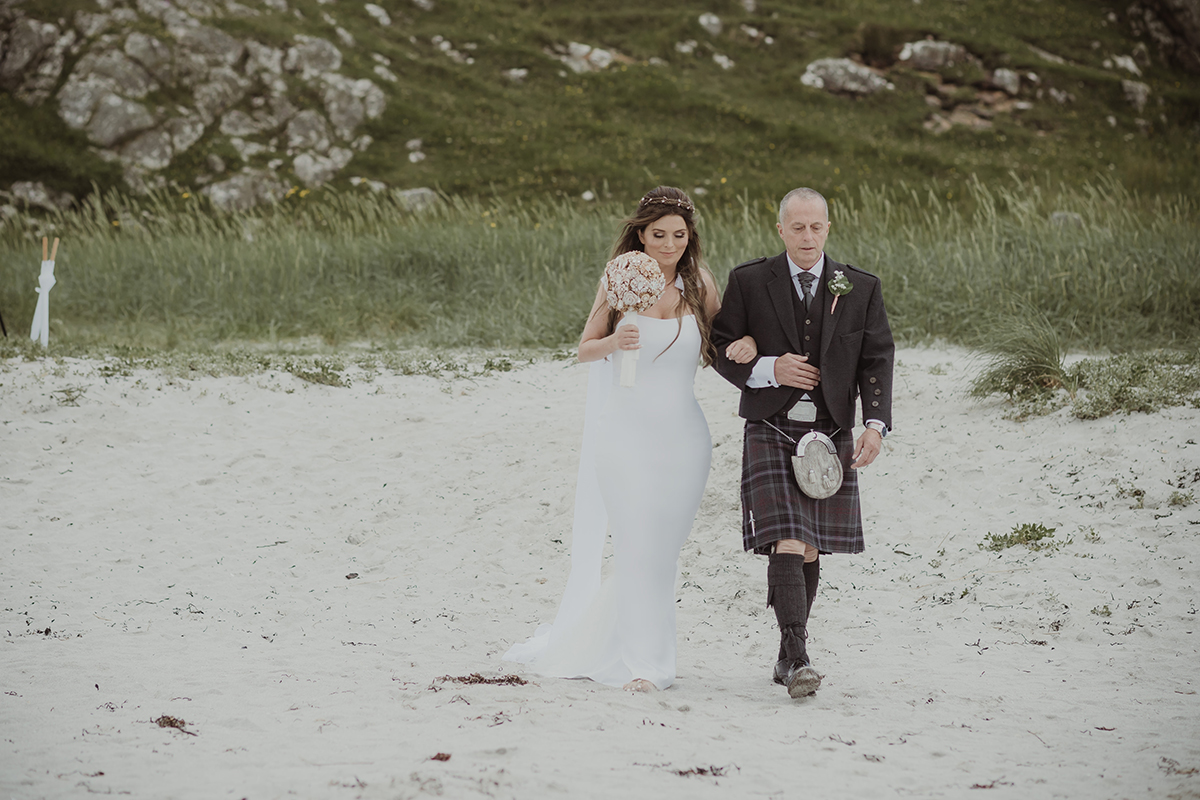 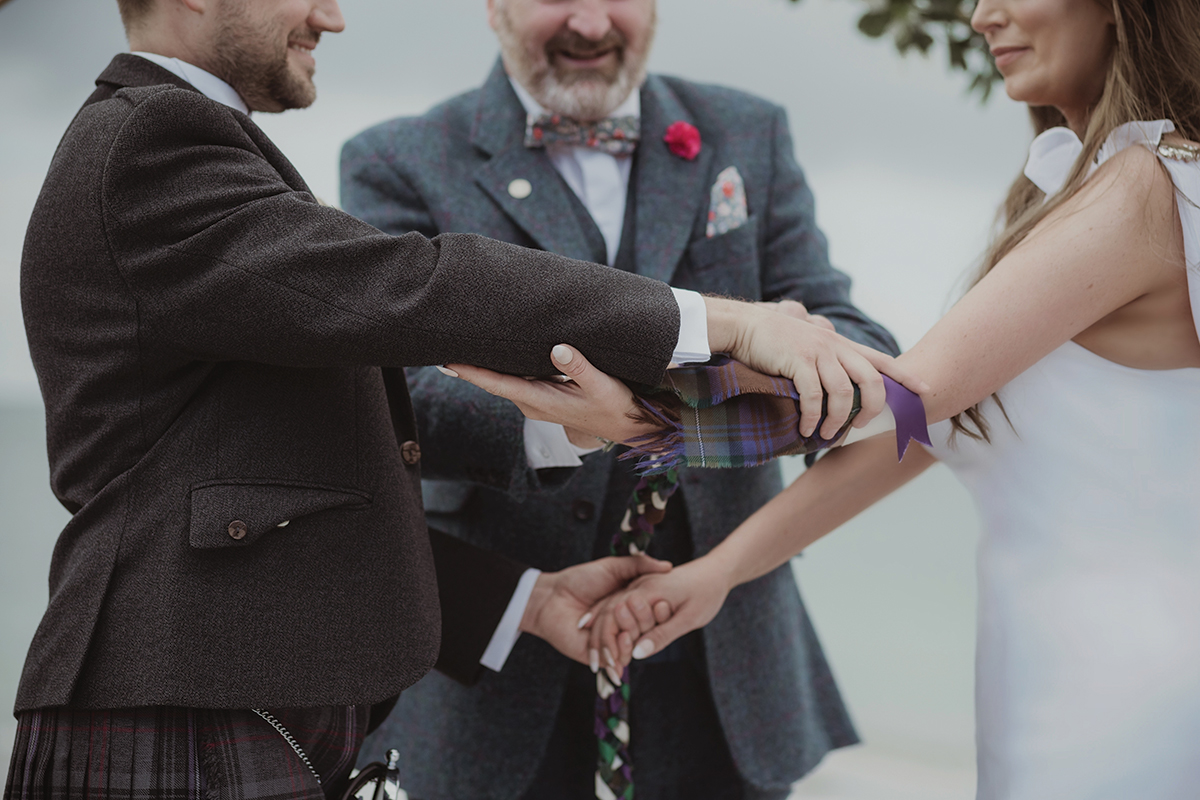 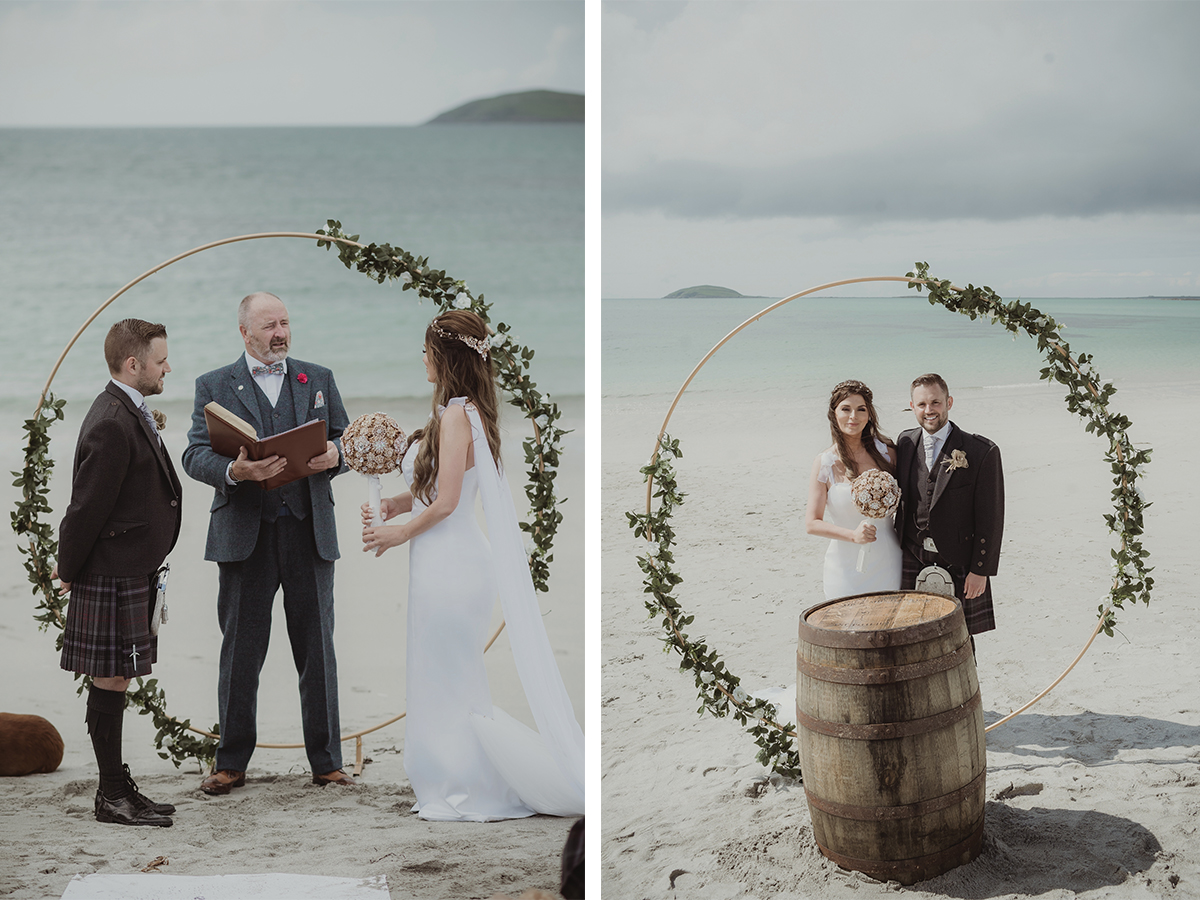 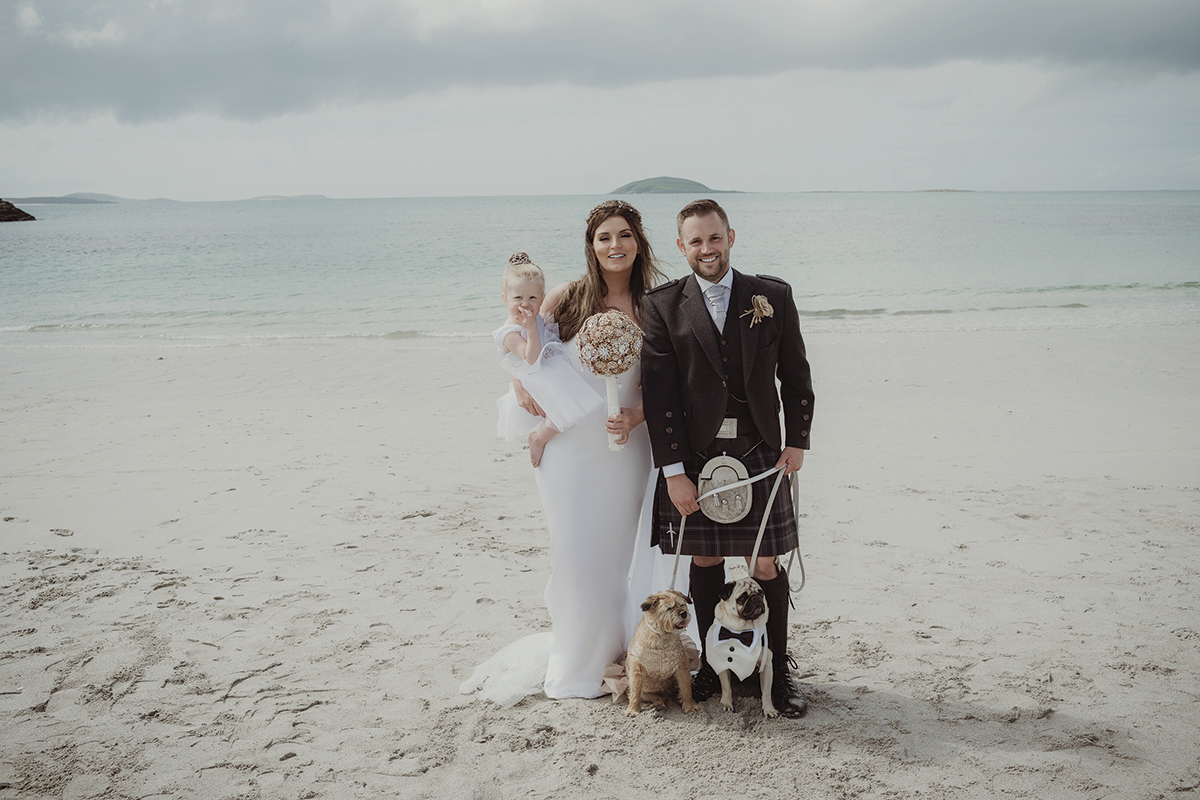 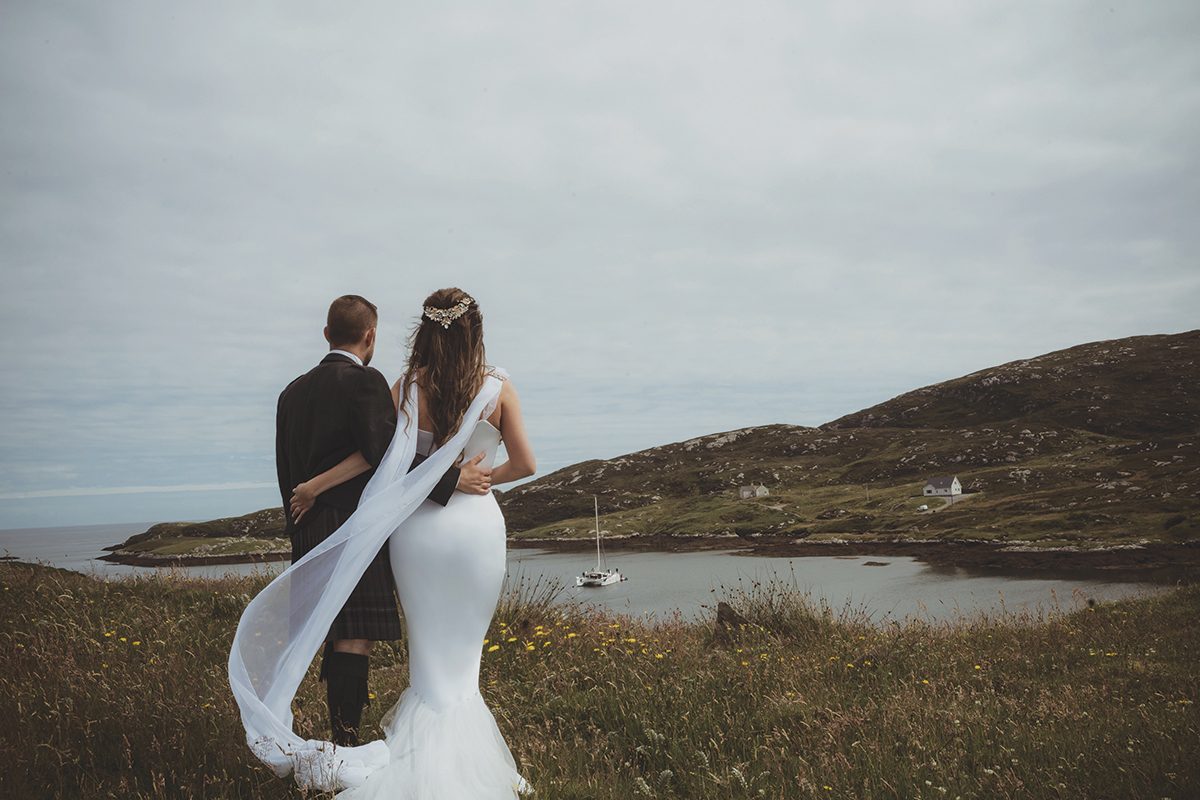 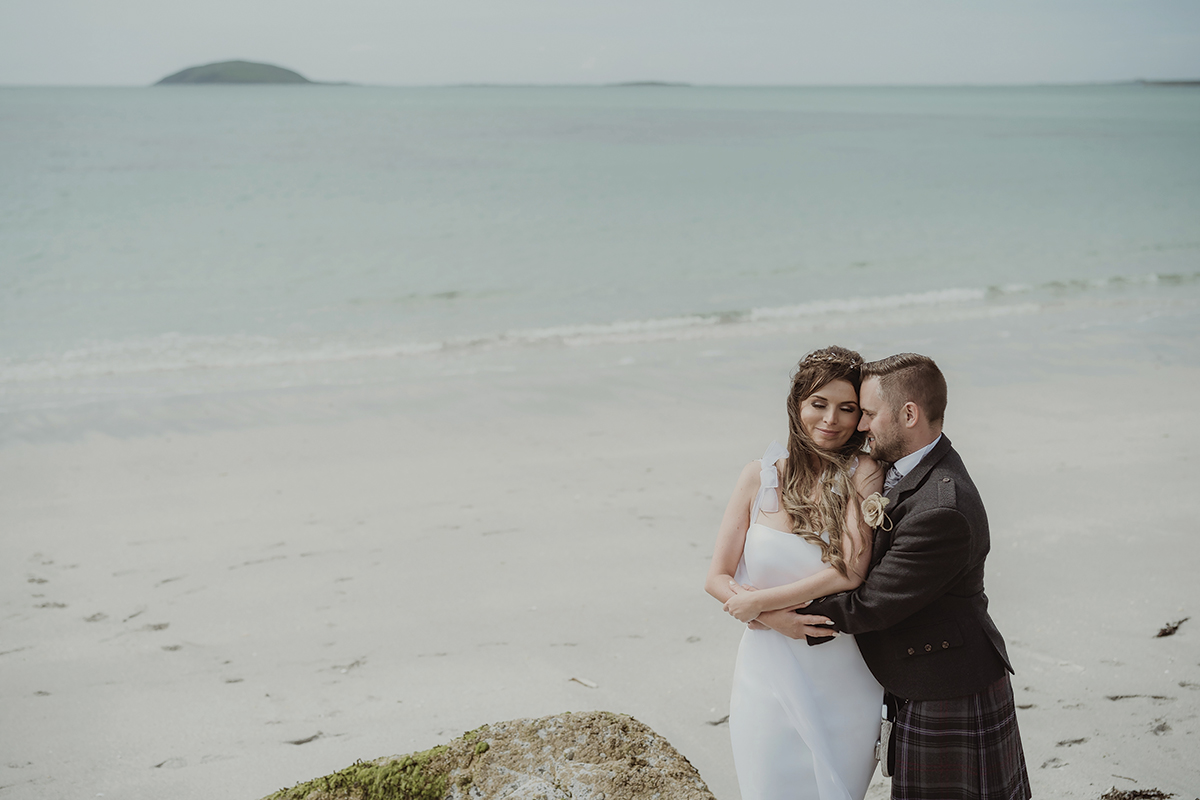 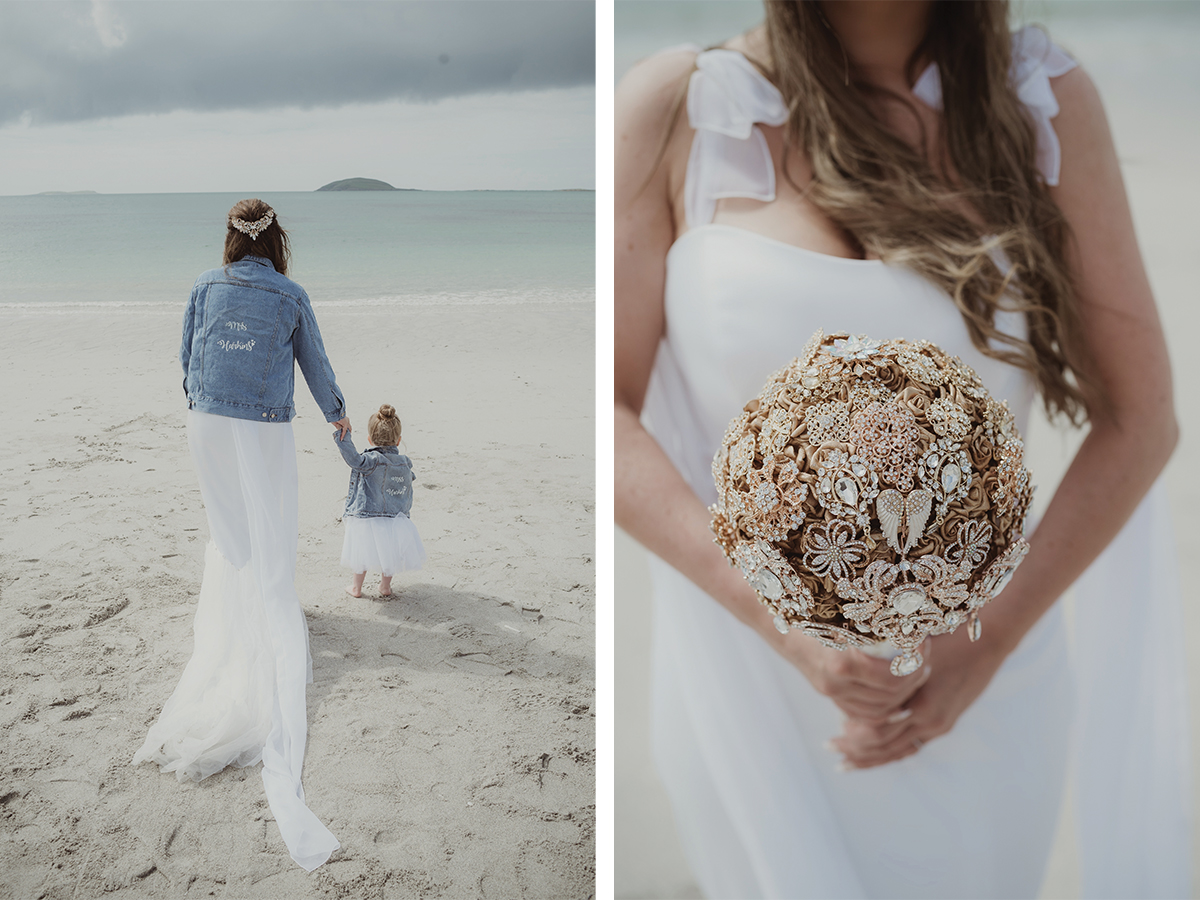 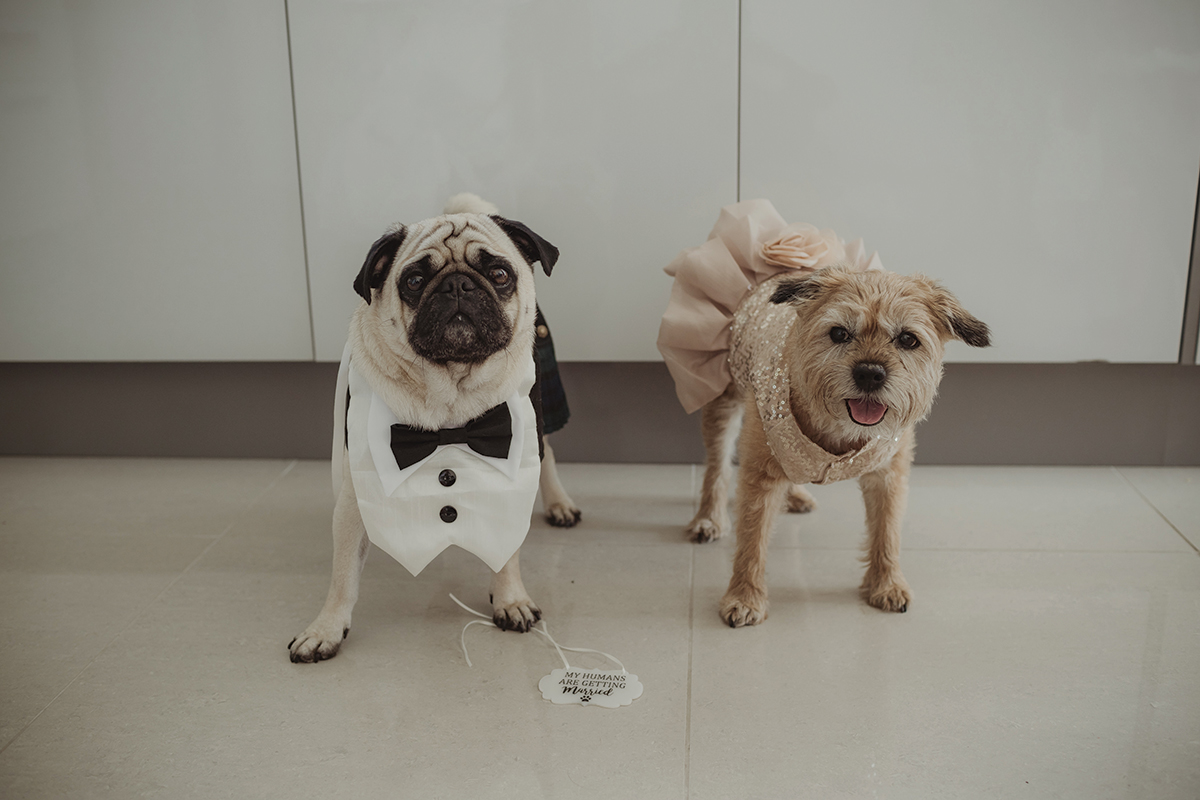 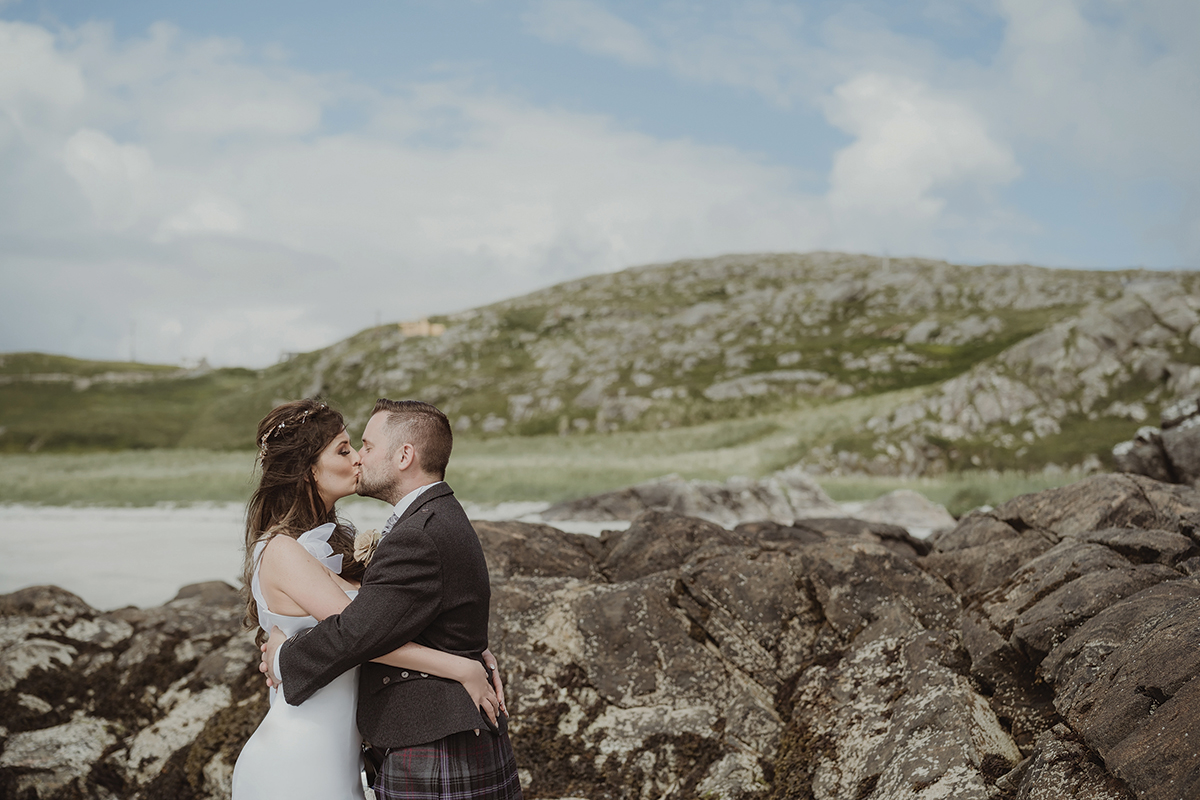 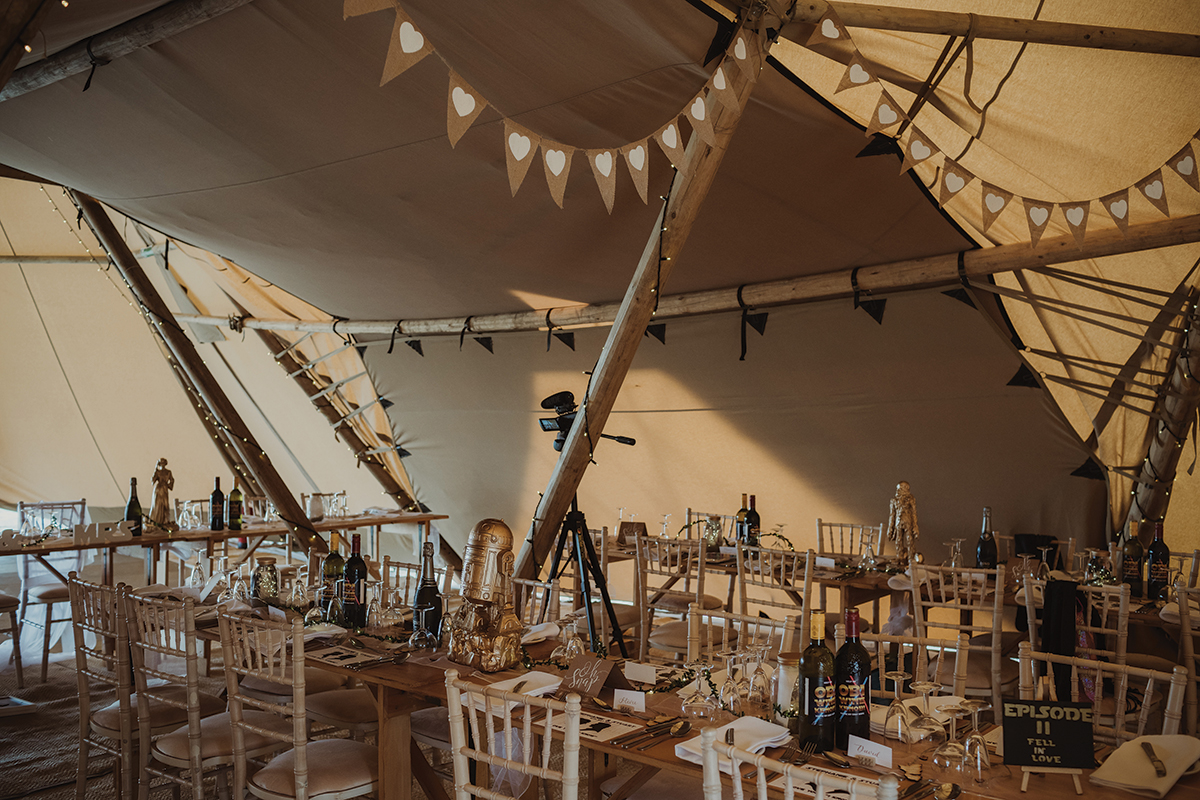 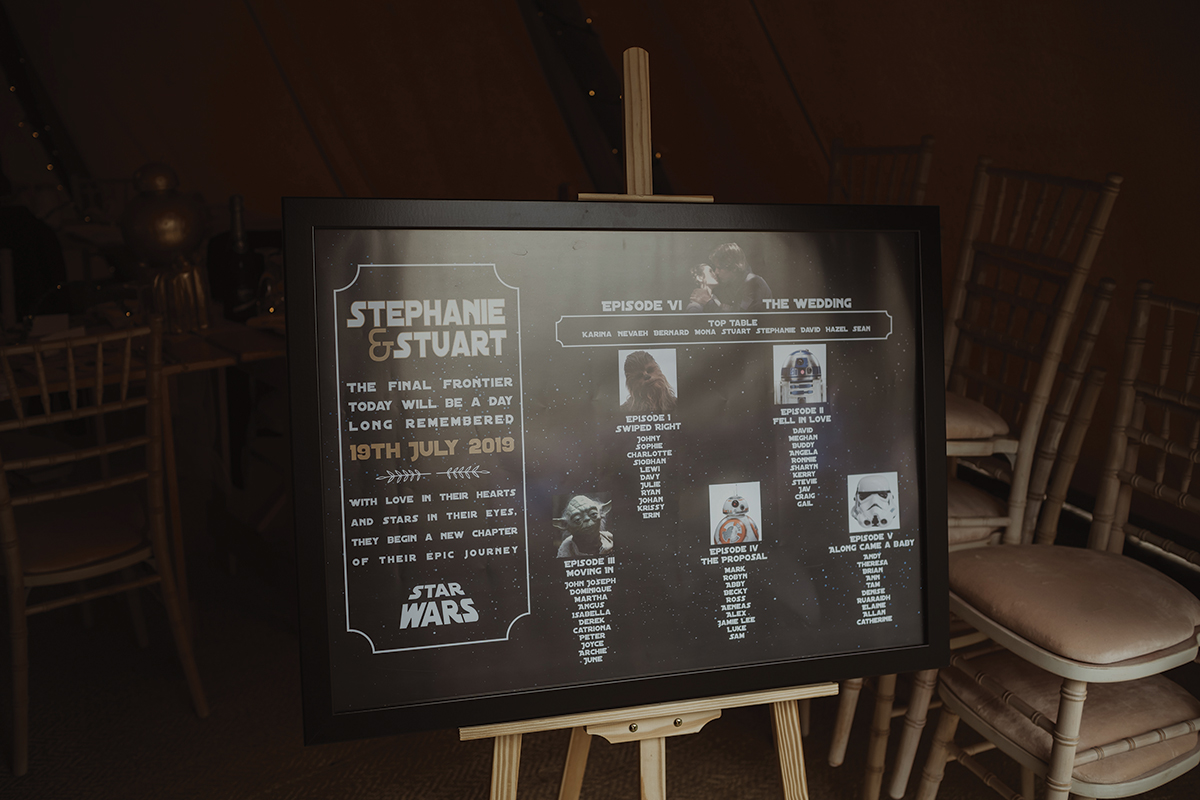 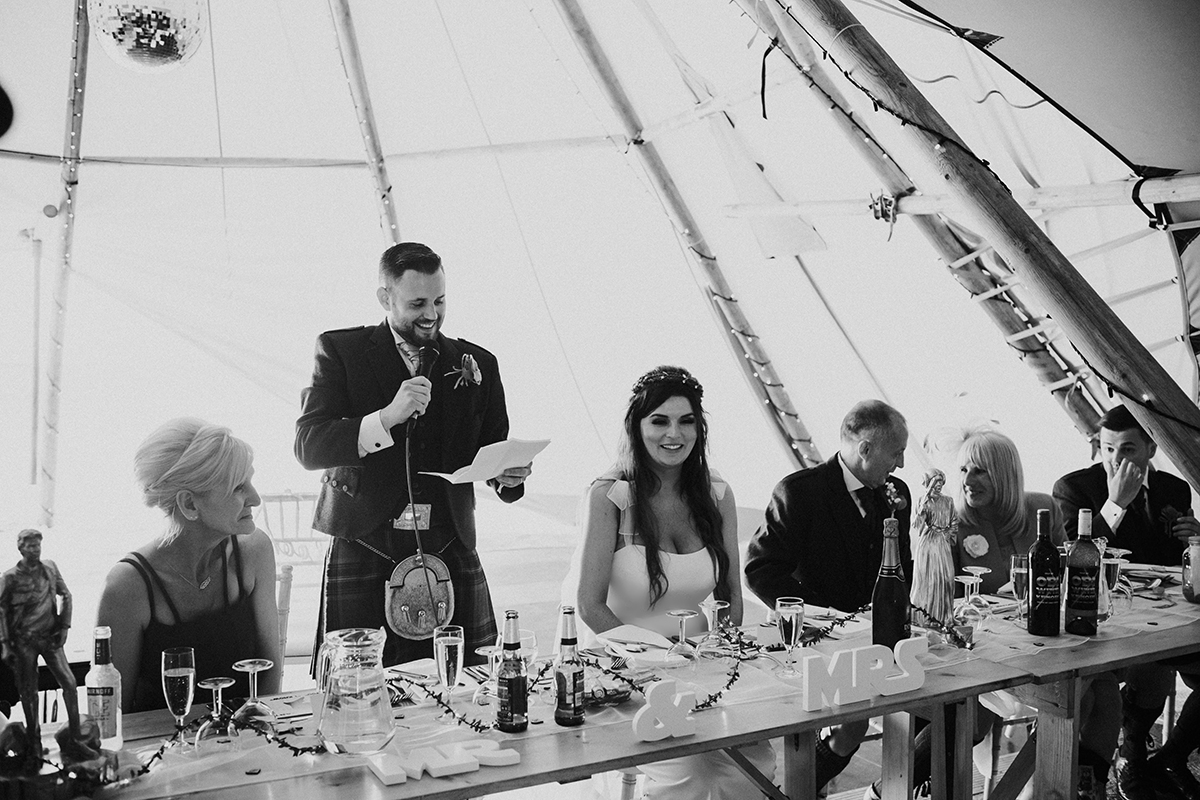 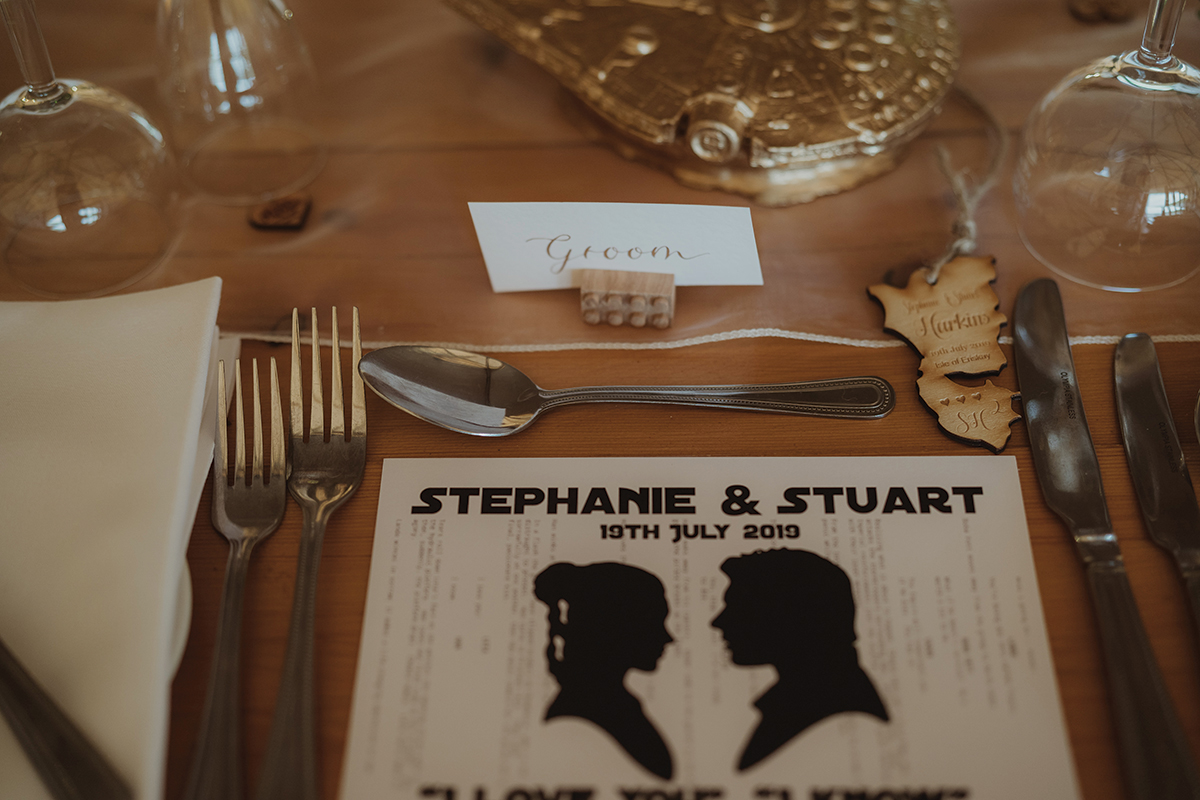 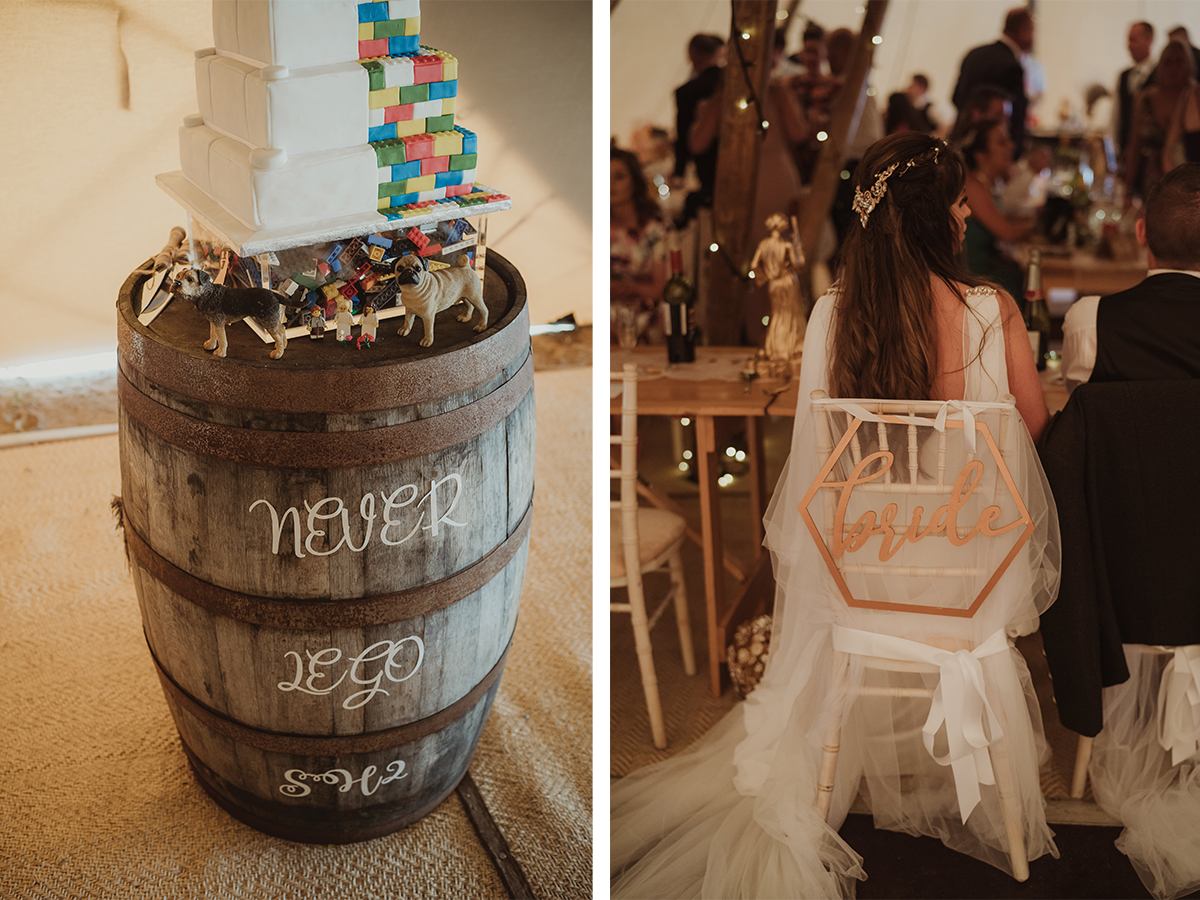 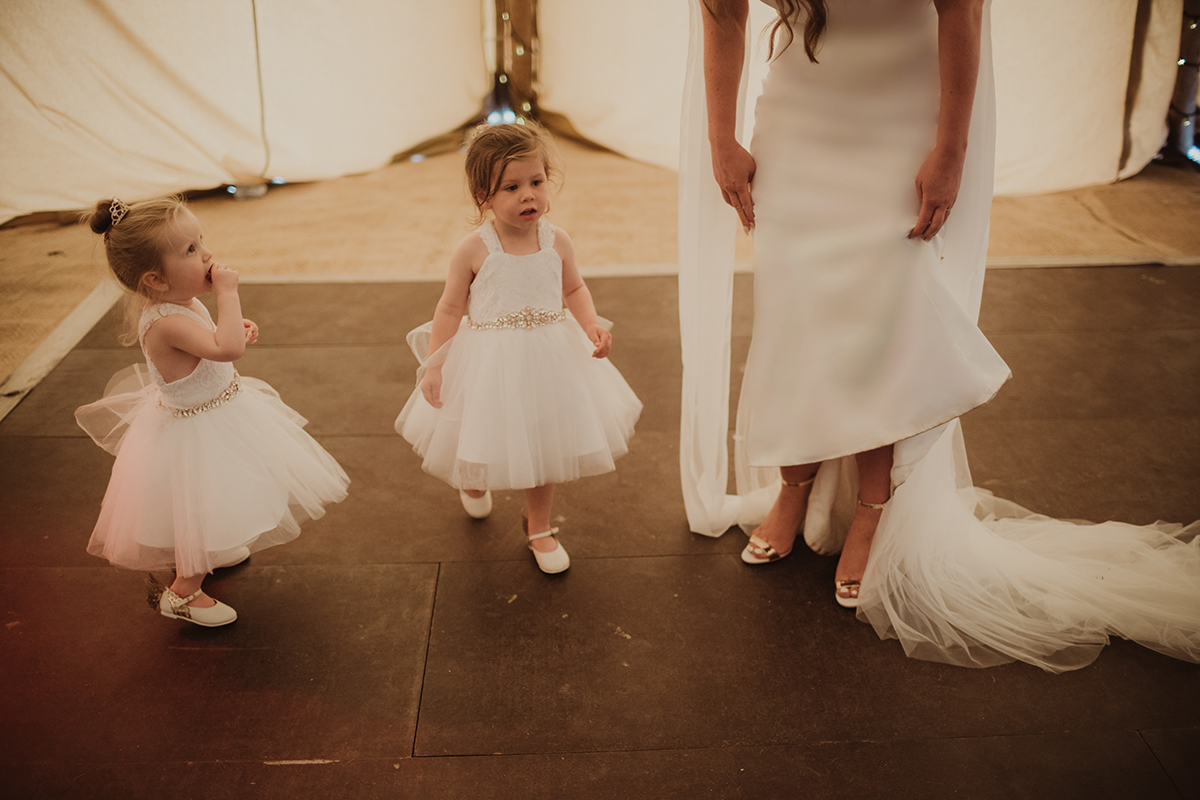 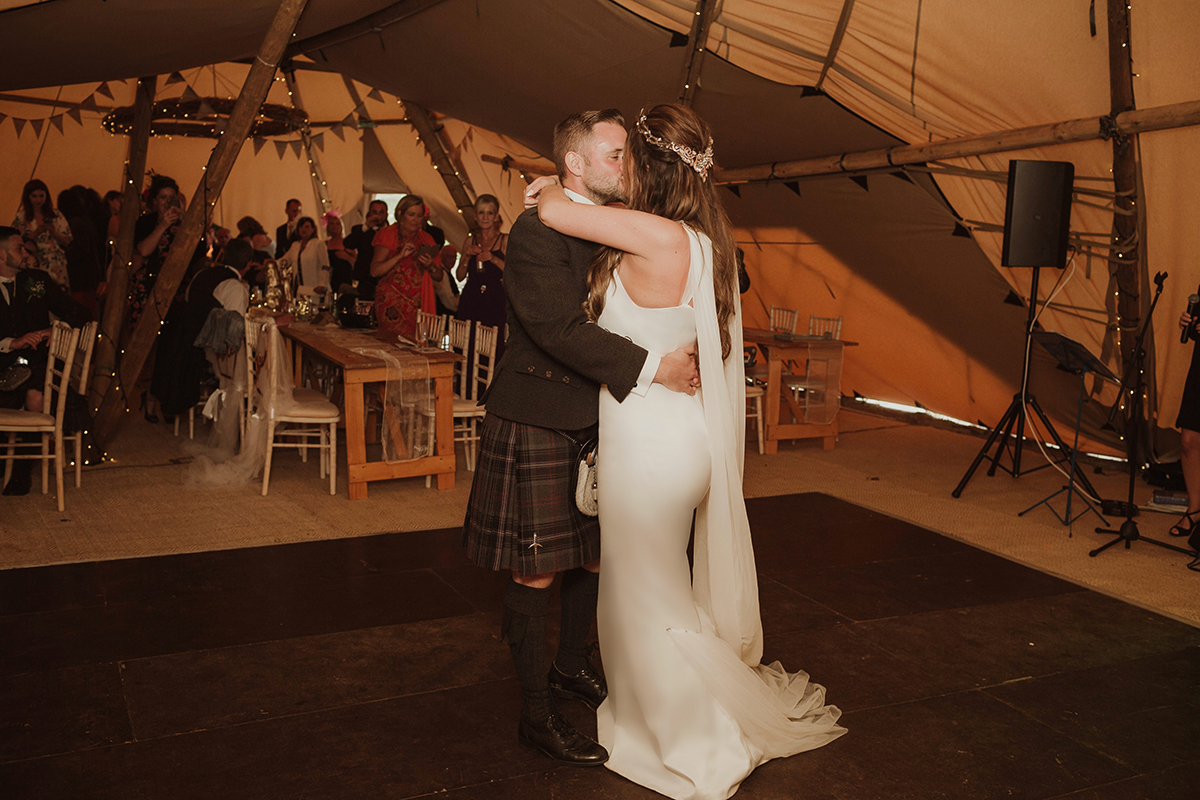 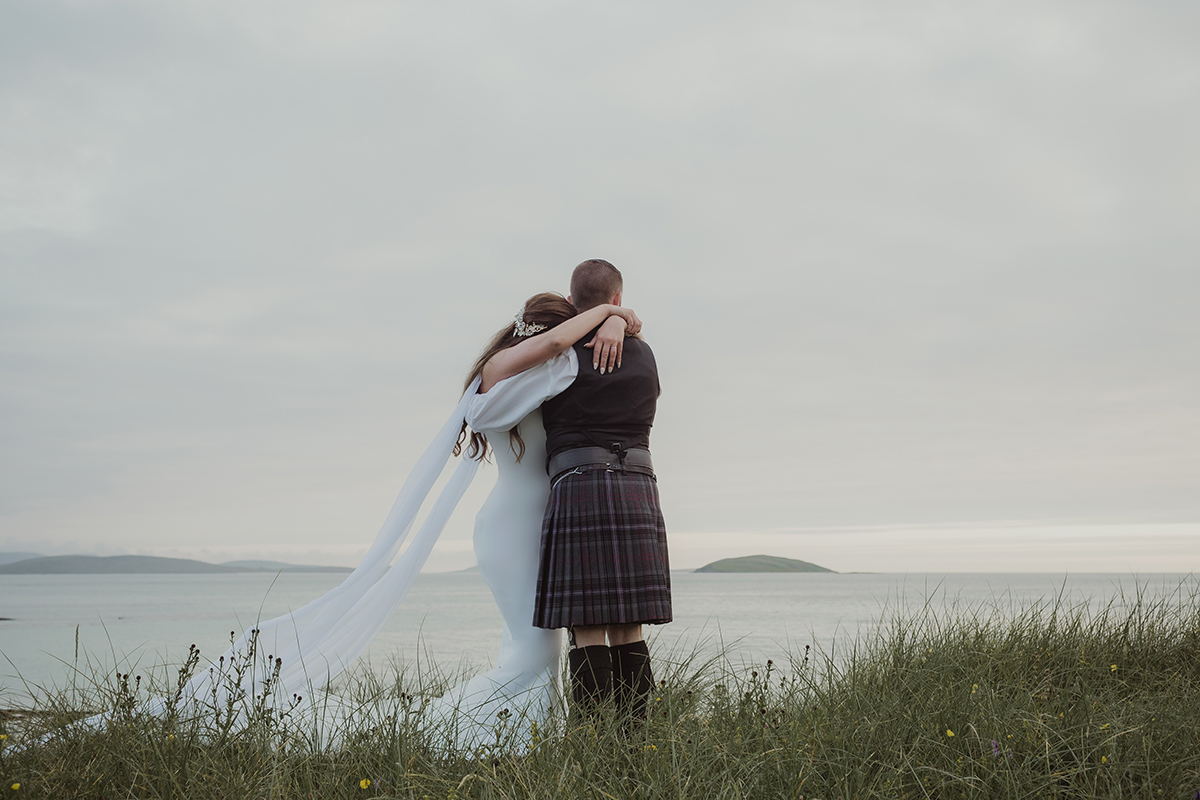 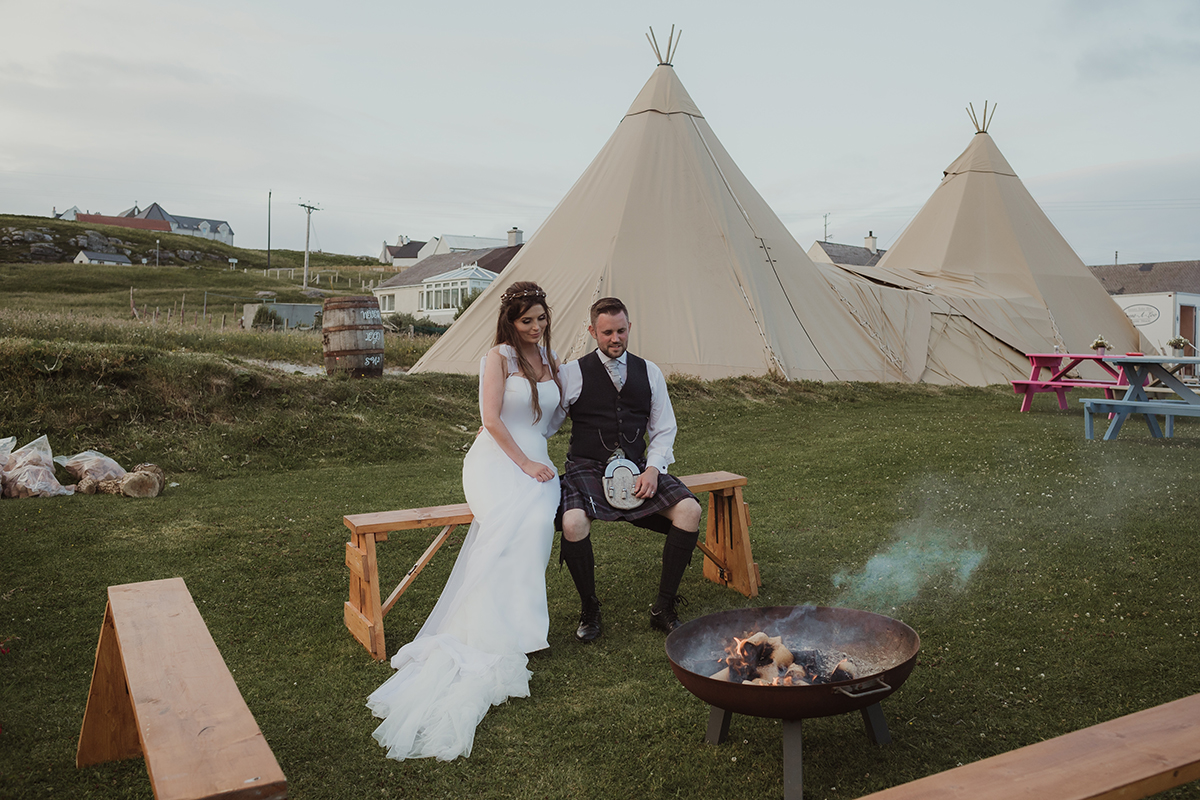 Covid forced this couple to have a smaller wedding at a Fife barn – and the bride’s gran was maid of honour!