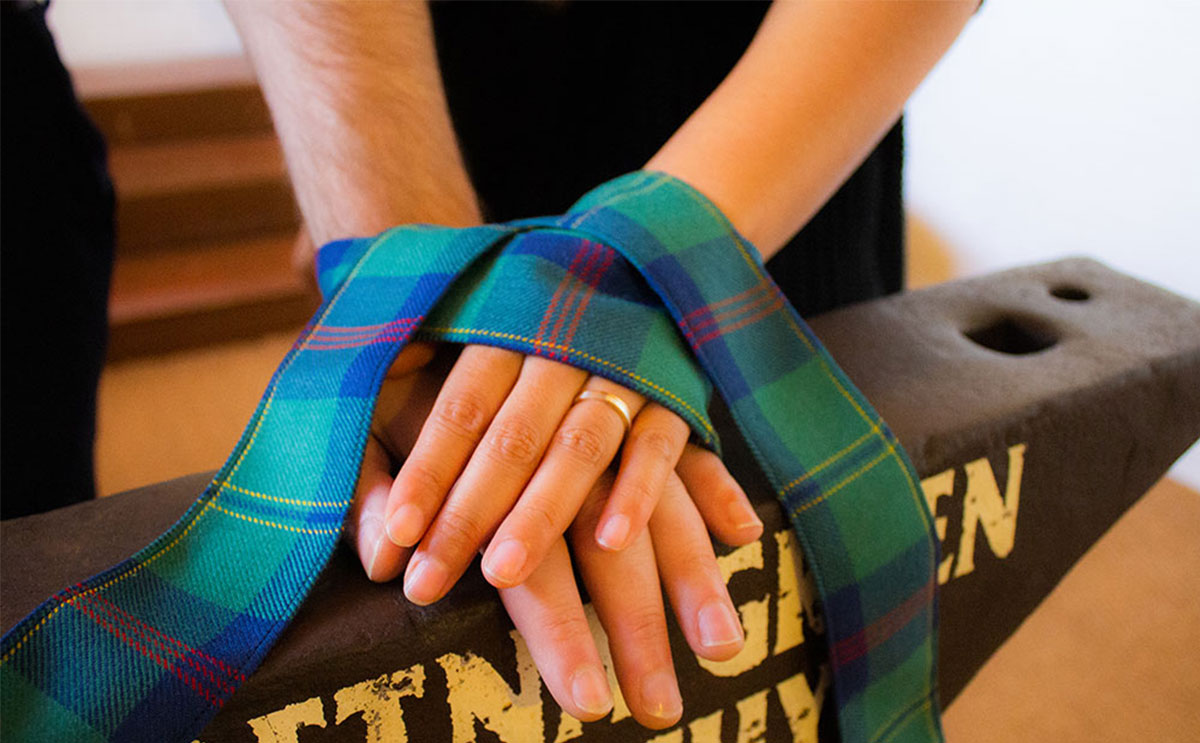 Ah, Valentine’s Day. That old chestnut. At Tie the Knot Scotland, we want our readers to take every available opportunity to celebrate love, but we know that February 14th can feel a little tired sometimes.

If you’re looking for something to do with your beloved that isn’t the classic bottle of house wine and three-course meal (probably a variation on chicken breast with potatoes), why not turn your attention to Gretna Green’s exclusive Valentine’s handfasting offer?

Gretna Green is one of Scotland’s most romantic destinations: its reputation as a site for elopements has made it one of the most famous wedding venues in the world. It still hosts nuptials today, allowing modern couples to write themselves into history. Now with this package, committed couples can experience the magic for a fraction of the cost.

What is handfasting you might ask? It’s a traditional ceremony whereby a couple’s hands are bound together with ribbon, forming a knot – this is the origin of the phrase ‘tying the knot’. These ceremonies acted as a way for lovers to announce their devotion to one another, before they would officially marry a year later. Handfastings alone are not legally binding, and in more recent times they have been commonly used to celebrate engagements, vow renewals, anniversaries – and now, Valentine’s Day.

As well as the ceremony itself, you’ll receive a love lock that can be inscribed with your initials and the date, which you can then display on Gretna Green’s ‘love wall’ – well, at £79 it’s cheaper than a jaunt to Paris. The package also includes two professional photographs and free entry so that one of your loved ones can bear witness to the rite of passage.

Bookings must be made between the 9th and 13th of February for the special handfasting ceremonies on the 14th, but if you’re unable to make it down for Valentine’s Day it’s worth knowing that the elopement hotspot offers similar ceremonies year-round.

It might not be quite the same as saying “I do”, but that doesn’t mean we’re not head over heels for this idea. Happy handfasting!

Socially distant I dos with the help of Elope With Us

Scottish Wild Picnics can save couples with its sensational spreads