Photography | Jonica at Eloping Is Fun

Where better to elope to than the Big Apple on Tartan Day? Bride Leigh tells us how she and Bryan did it their way… 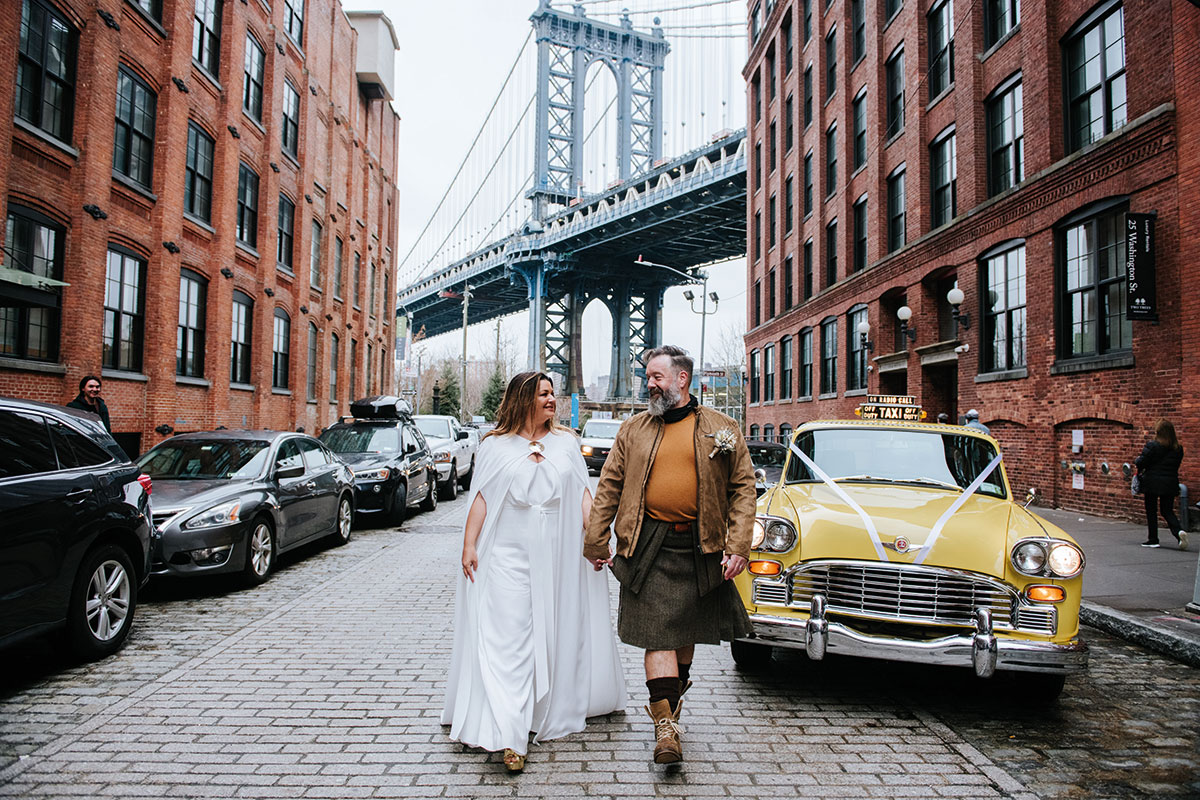 Having already decided to spend her 50th birthday in New York City, Leigh was delighted when Bryan proposed in June 2021, suggesting they take advantage of the trip to enjoy an intimate, stress-free wedding while there.

With travel restrictions still in place until January this year, the couple had just 12 weeks to plan their elopement. Leigh is no stranger to the wedding business: the award-winning makeup artist has prepped hundreds of brides for their big days. But, realising she needed a hand organising her own wedding, she got in touch with a company called Eloping Is Fun, who were able to advise on the best options for the day. Determined to marry on Tartan Day (NYC’s annual celebration of all things Scottish), the couple acted quickly to book their flights, accommodation and photographer (who guided them on the paperwork). “We started in Brooklyn, got married on the banks of the East River and cruised in a vintage taxi to take more snaps in Central Park,” says Leigh.

Despite being thousands of miles from home, the couple kept things decidedly Scottish, incorporating handfasting and a quaich into their humanist ceremony. “We wrote our own vows, which was special. We had a personalised ring box too.”

There were lots of cheers and smiles from passers-by, but a highlight came as they drove over the Brooklyn Bridge in a taxi with a ‘just married’ sign on it: “The police pulled us over – we thought it was for speeding or something! Then we heard the cop shouting through a megaphone, ‘we want to wish you all the best for your future together from everyone here in New York!’ It was amazing!”

The wedding was very much on their terms. They didn’t arrive separately (Leigh didn’t want a big build-up); she opted for a Studio 54-inspired jumpsuit and cape rather than a gown (and says she felt amazing in it); instead of a bouquet, she had a dried-flower corsage that matched Bryan’s buttonhole; they didn’t walk down the aisle, instead dancing to a fun playlist of all their favourite songs while getting ready in the morning; and in place of a first dance, Bryan sang Elton John’s Tiny Dancer to Leigh in a karaoke bar.

While planning the wedding, Bryan knew he wanted to get his outfit from Howie Nicholsby at 21st Century Kilts. “Howie would be our star supplier,” smiles Leigh. “He welcomes you to his workspace like an old friend and he really knows his stuff. He even asked us to be part of the Tartan Day parade and suggested that Laura Alderman from STV News get in touch – we were on the news on our wedding day, which was so special.”

The couple spent three hours with Jonica, their photographer from Eloping Is Fun, and advise others marrying in NYC to ‘be realistic’ about which landmarks to get pics at: this is a massive, busy metropolis, remember, so you probably won’t make it to every famous site.

“The only problem we encountered in marrying in the States was the time difference when conducting the City Clerk appointment online (which was done this way due to Covid). Usually, you walk up once you’re in the city,” Leigh explains. “They send you a licence that needs to be signed by the officiant and the witnesses on the day (ours were the photographer and videographer), then you have to get it confirmed again at a Clerk’s office.” Normal ESTA forms also need to be filled in before you travel to the US, she adds.

Leigh also recommends booking enough luggage with the airline in advance. “It’s impossible to travel light,” she laughs. “The flight staff hung my outfit in first class, but it still slipped off the hanger! I had to find a same-day steaming service in Brooklyn. In hindsight, I’d suggest just packing everything and getting it steamed the other end.”

So, what surprised Leigh most about getting married? “How right it felt!” she beams. “The emotion immediately after shocked me – I honestly felt we went from boyfriend and girlfriend to a complete unit.”

Leigh’s beauty tips “In terms of beauty prep, I used Charlotte Tilbury’s sheet masks and had a couple of sunbed sessions. As taboo as they are, I feel they stopped any stress spots raising their heads,” says Leigh. “On the day itself, adrenaline took over the hour before the wedding and I couldn’t stop shaking! If you’re thinking of doing your own makeup, make sure everything is done by this point, in case you get the shakes too.” 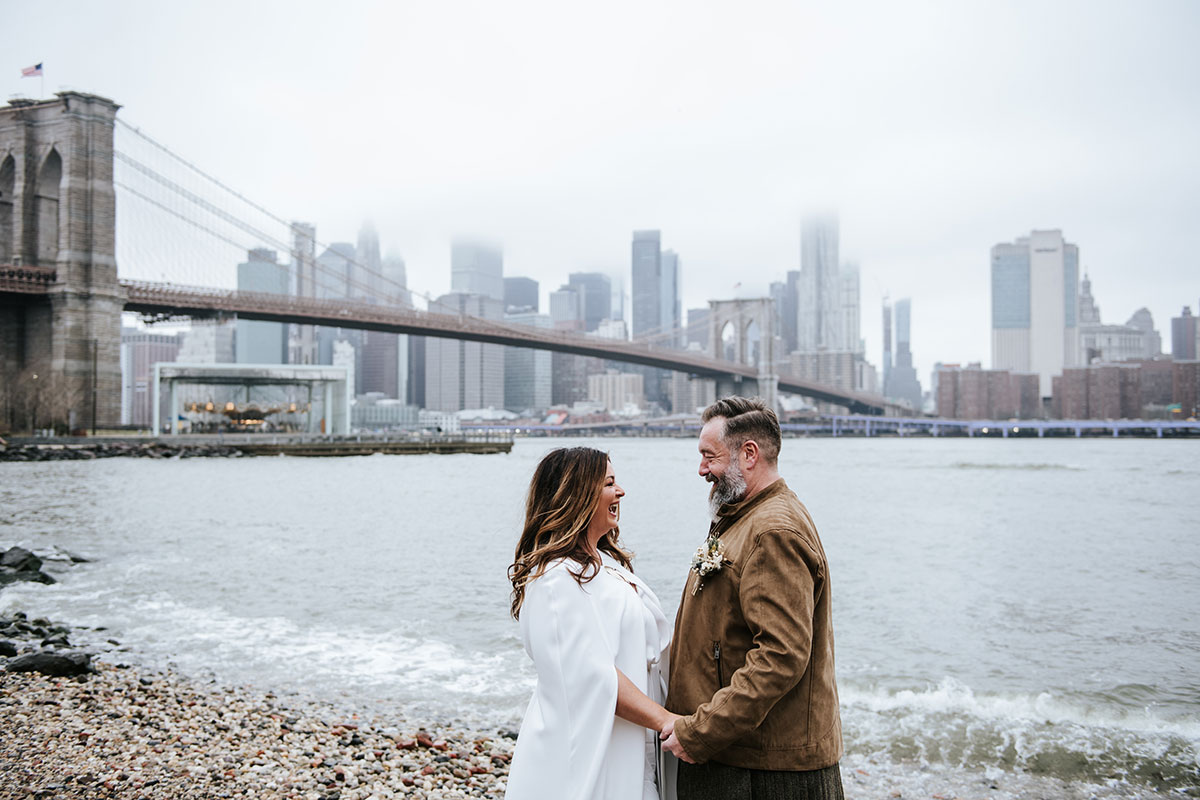 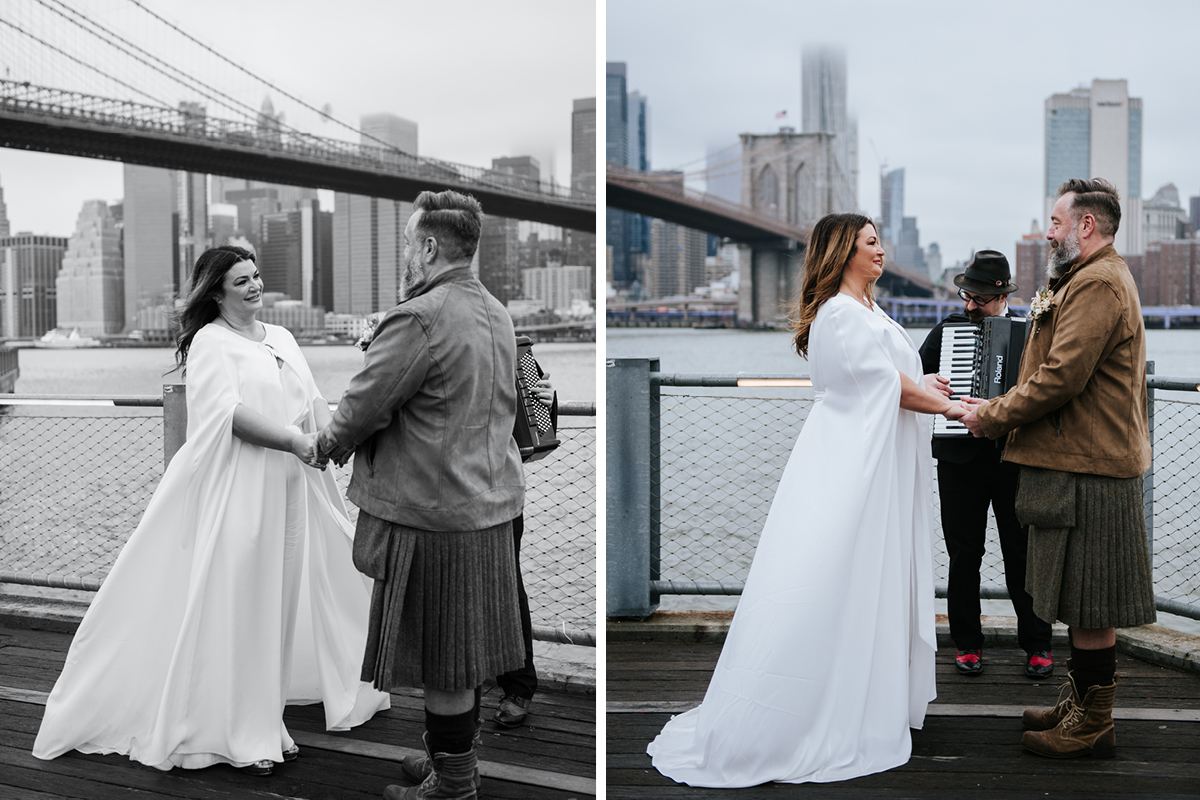 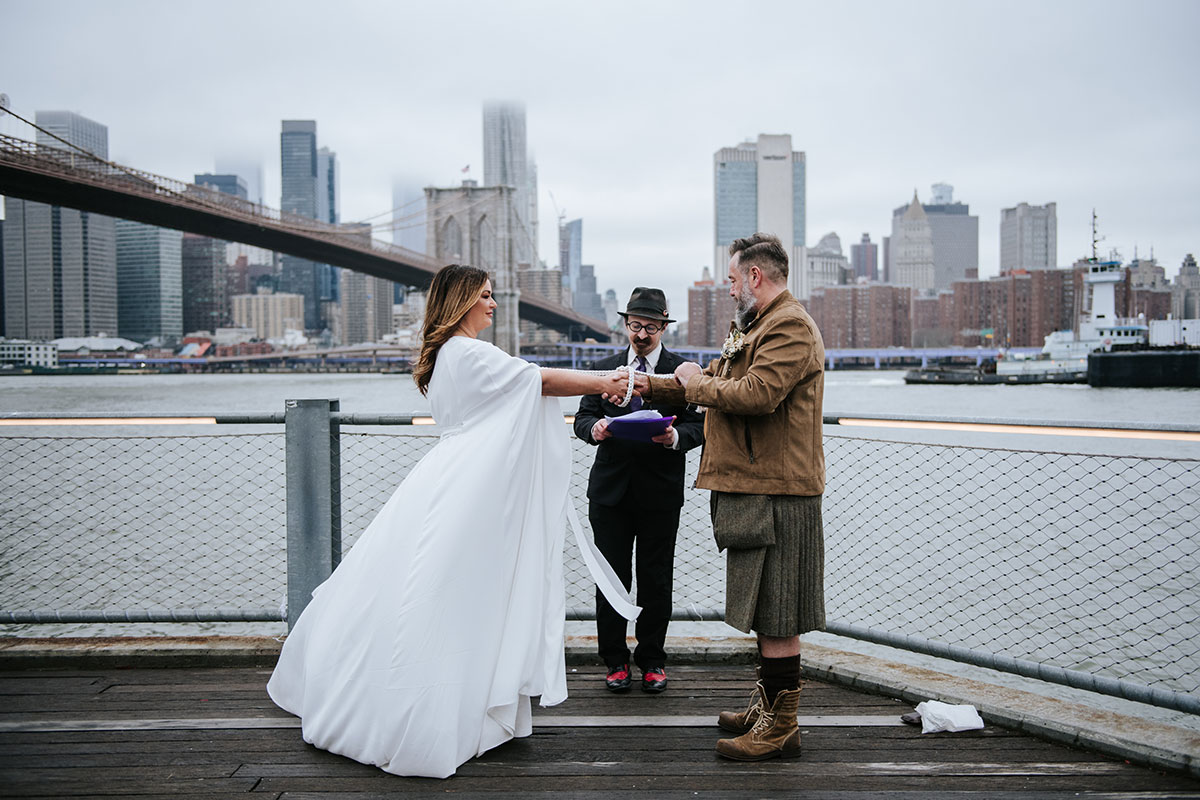 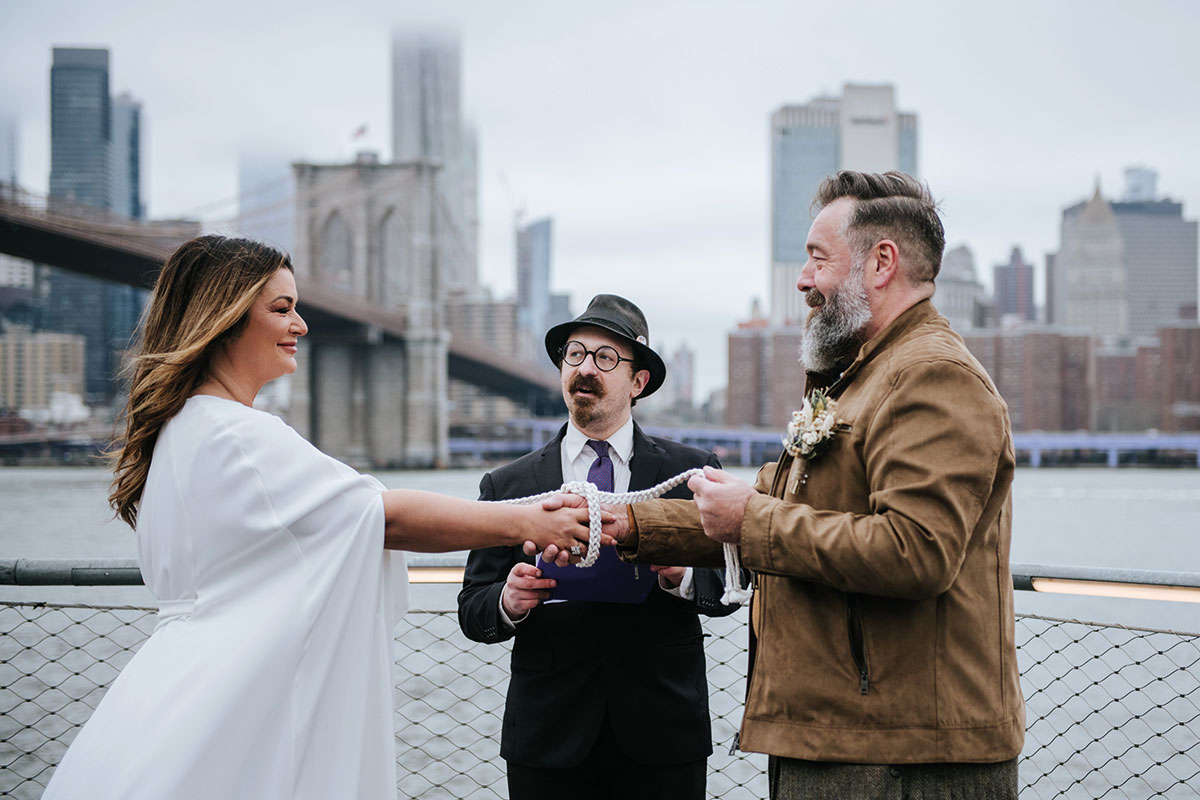 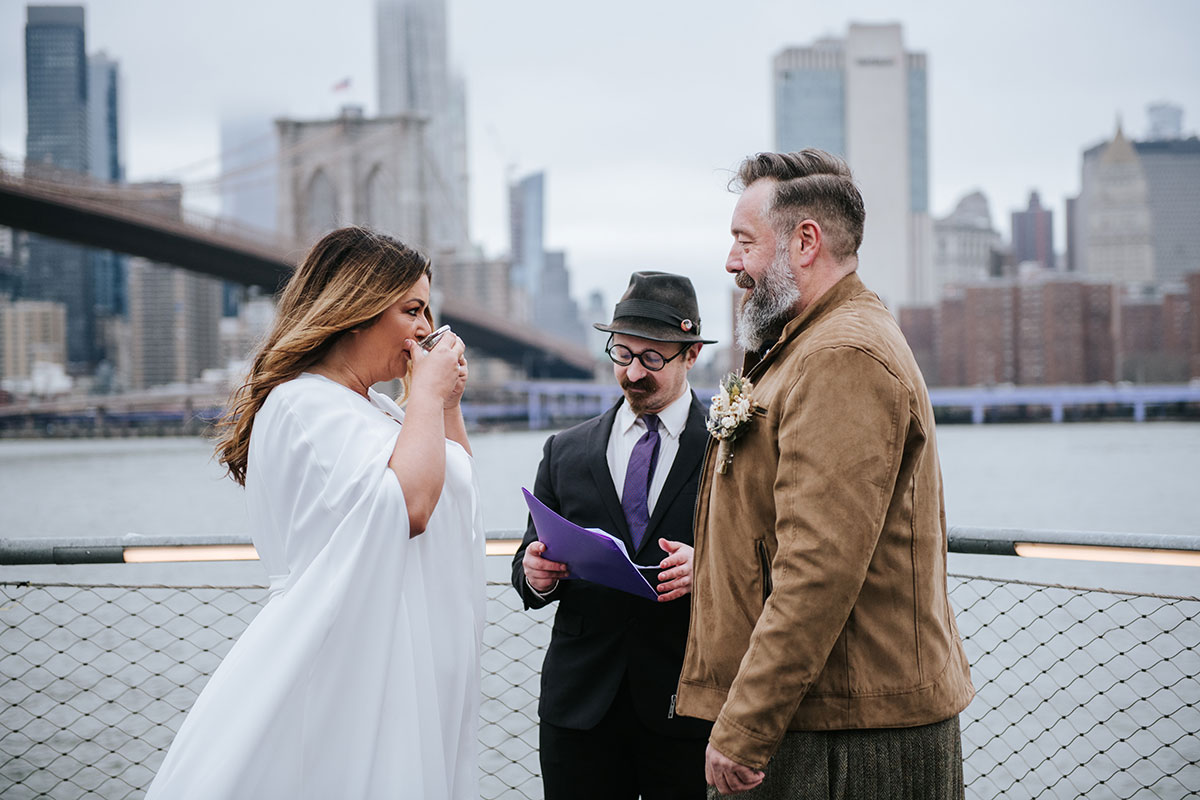 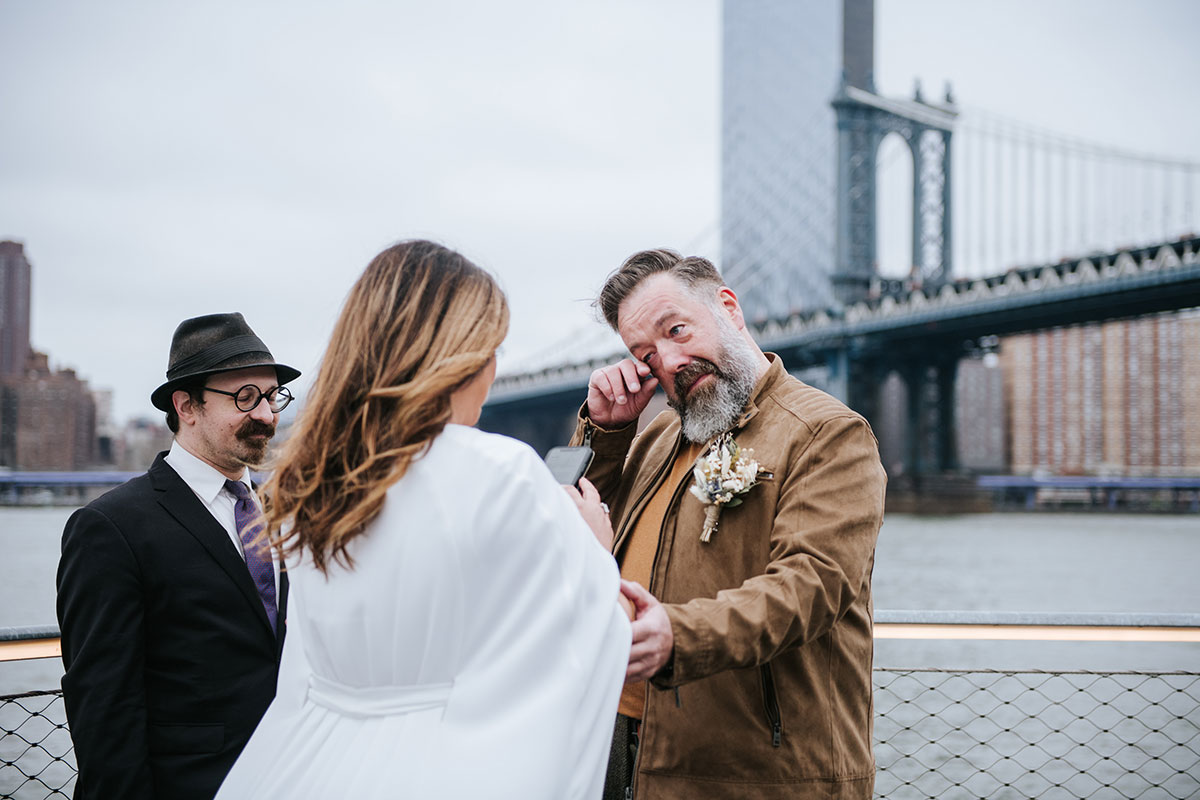 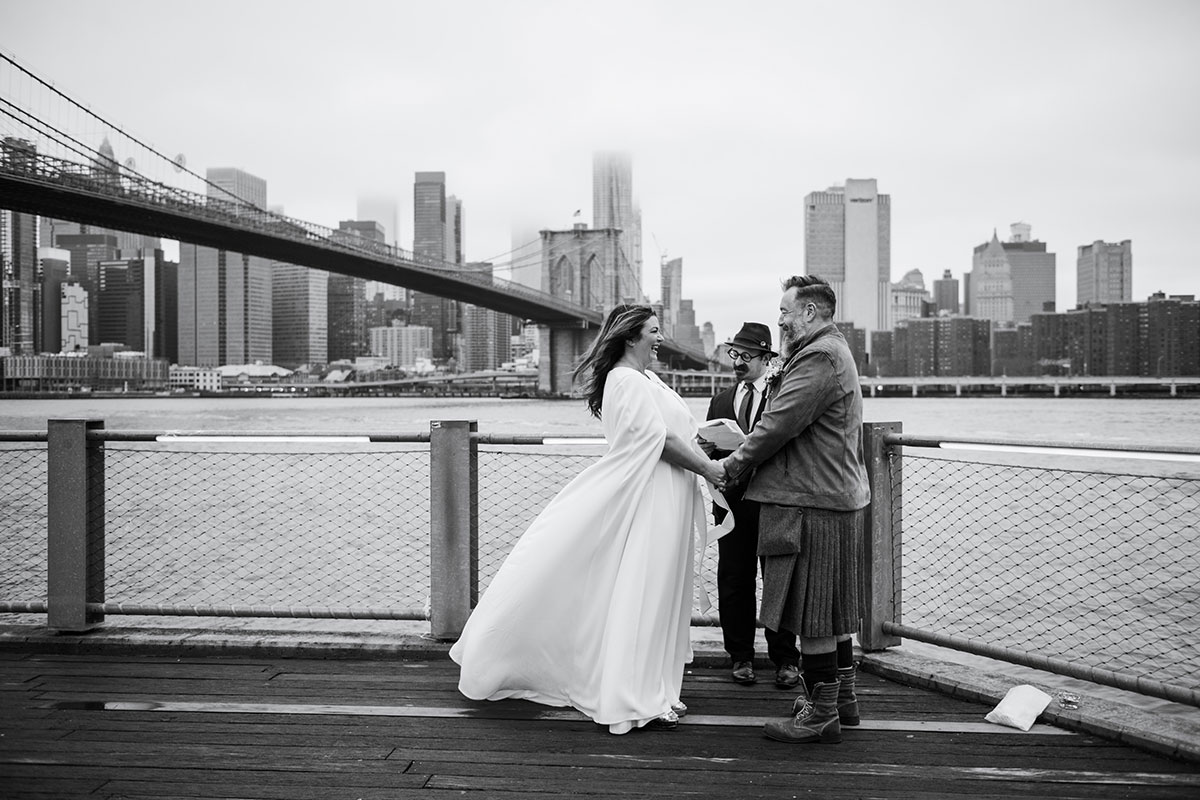 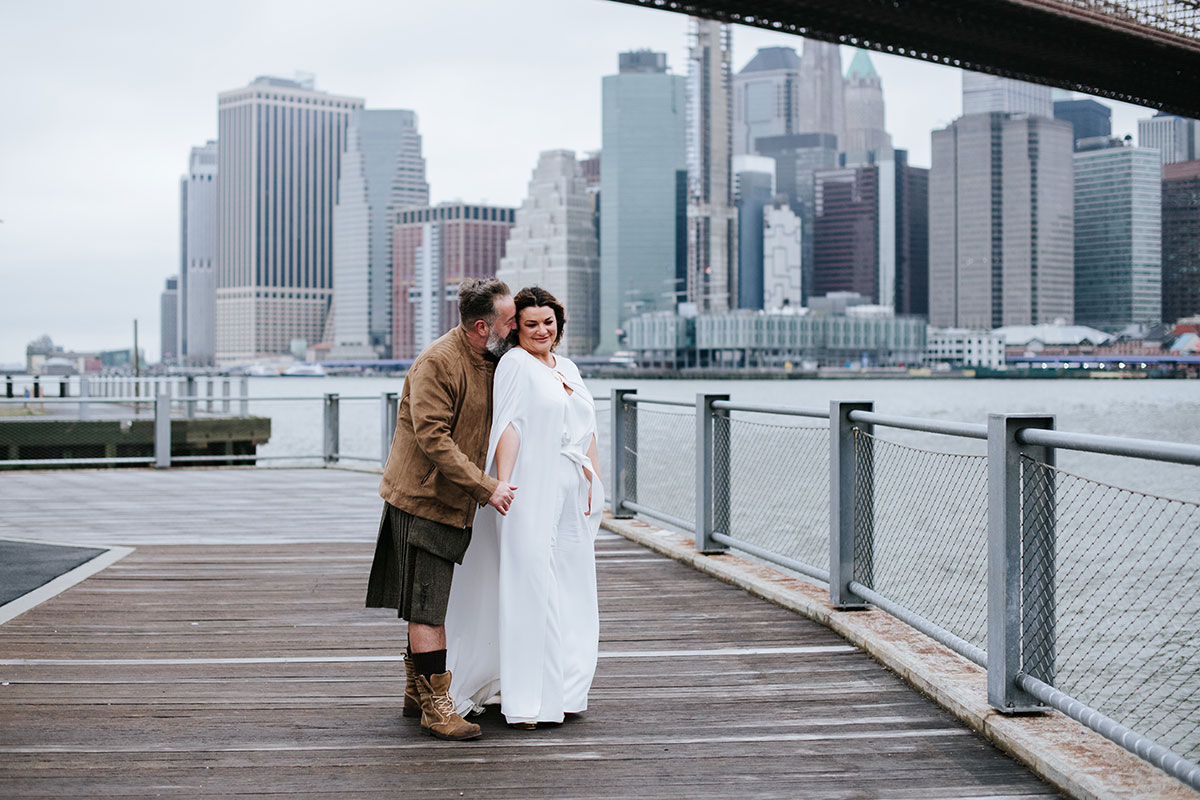 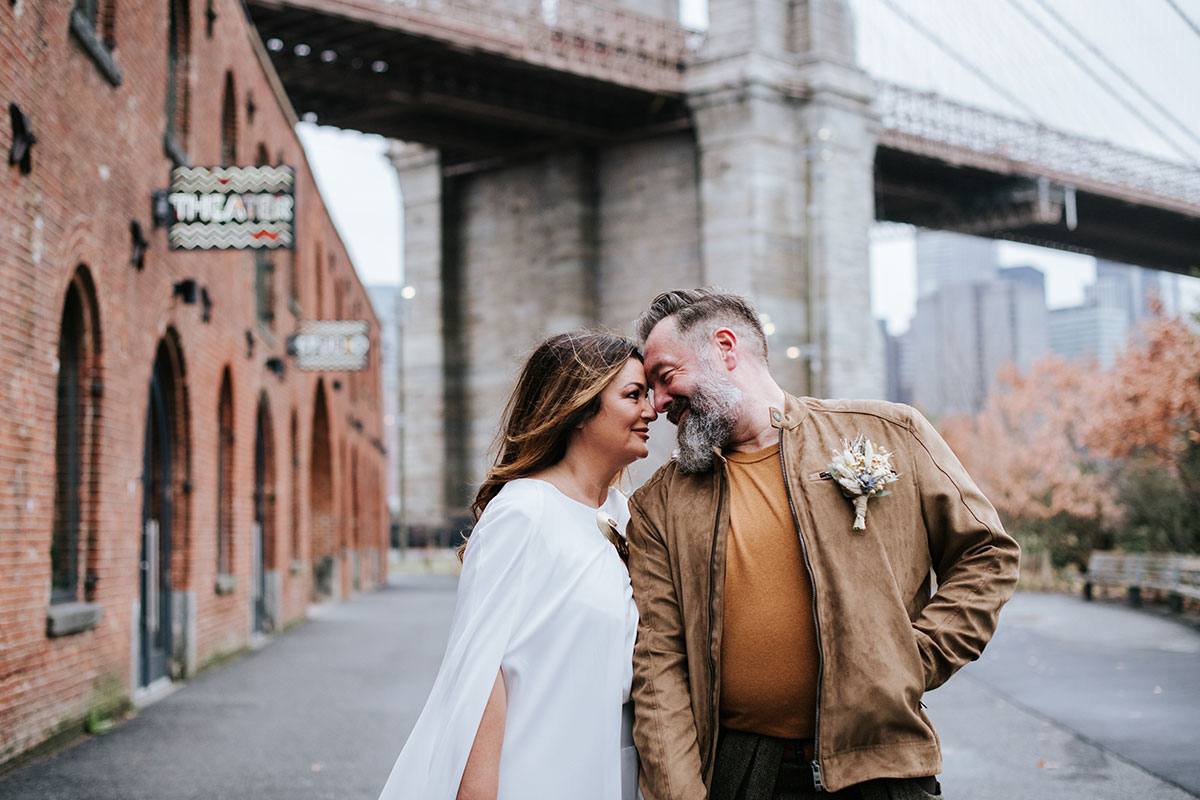 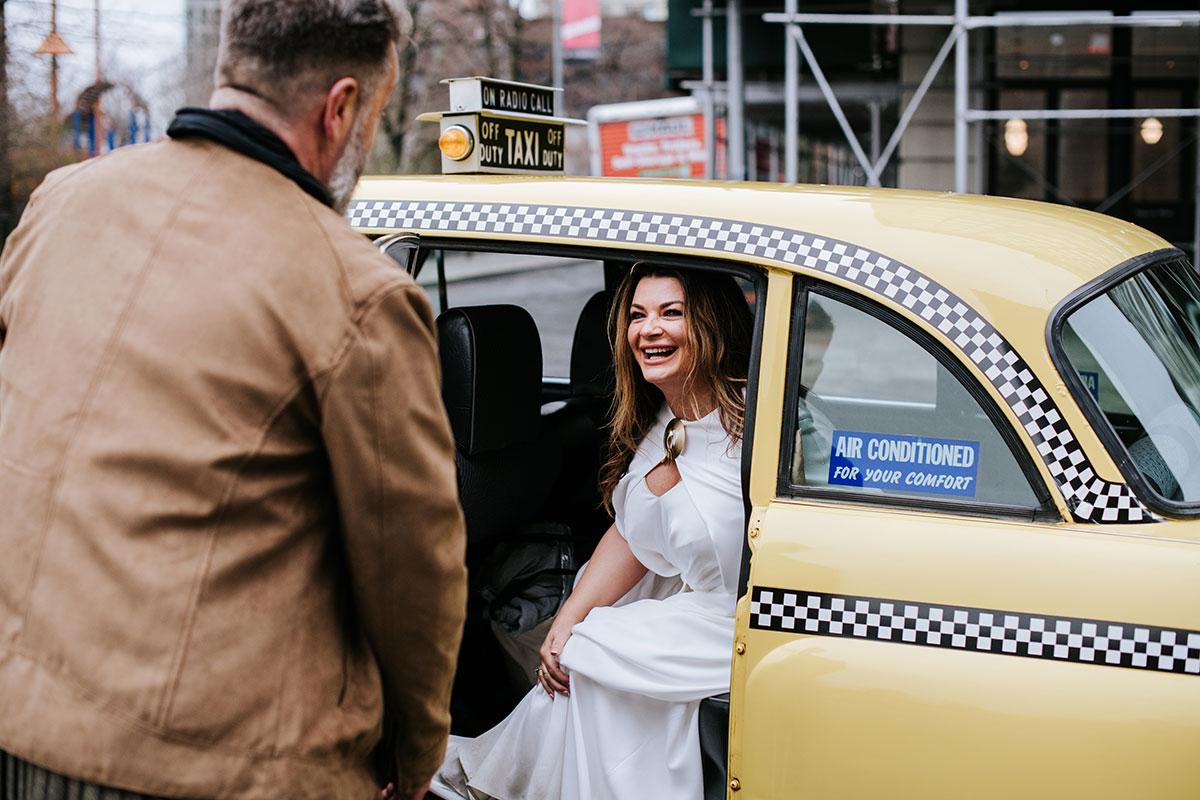 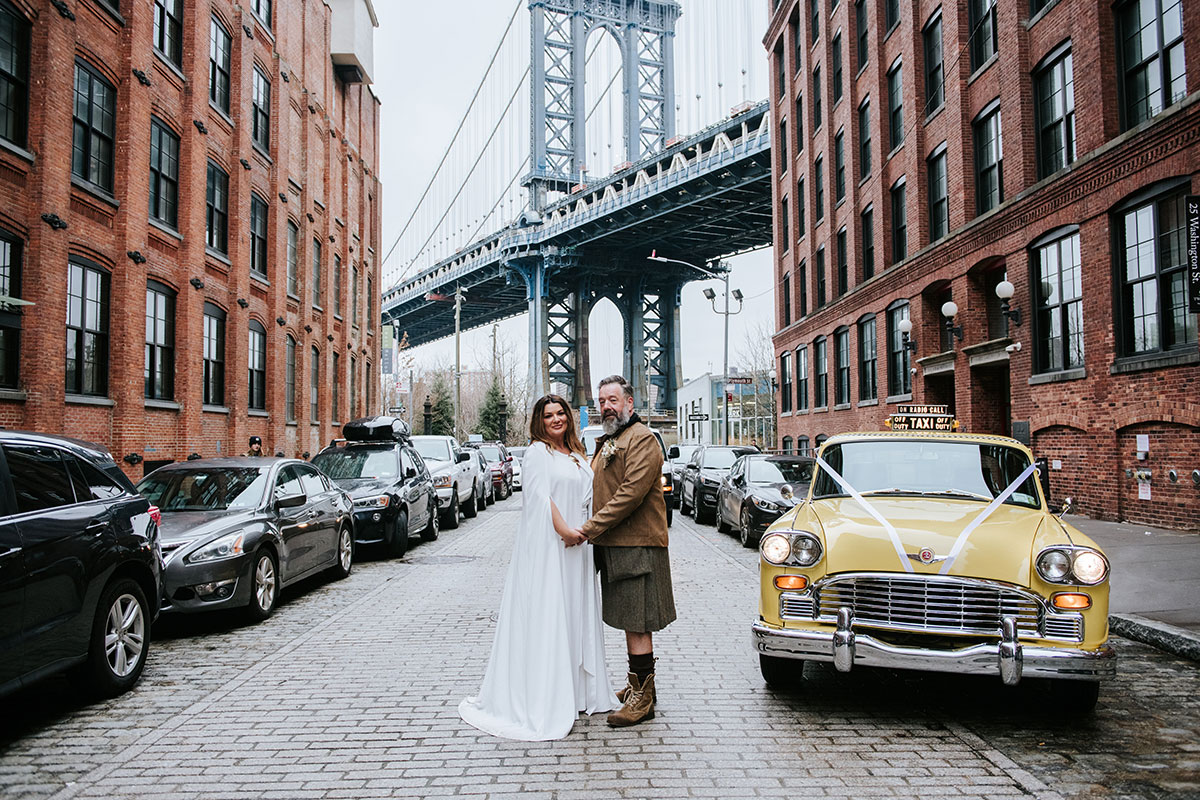 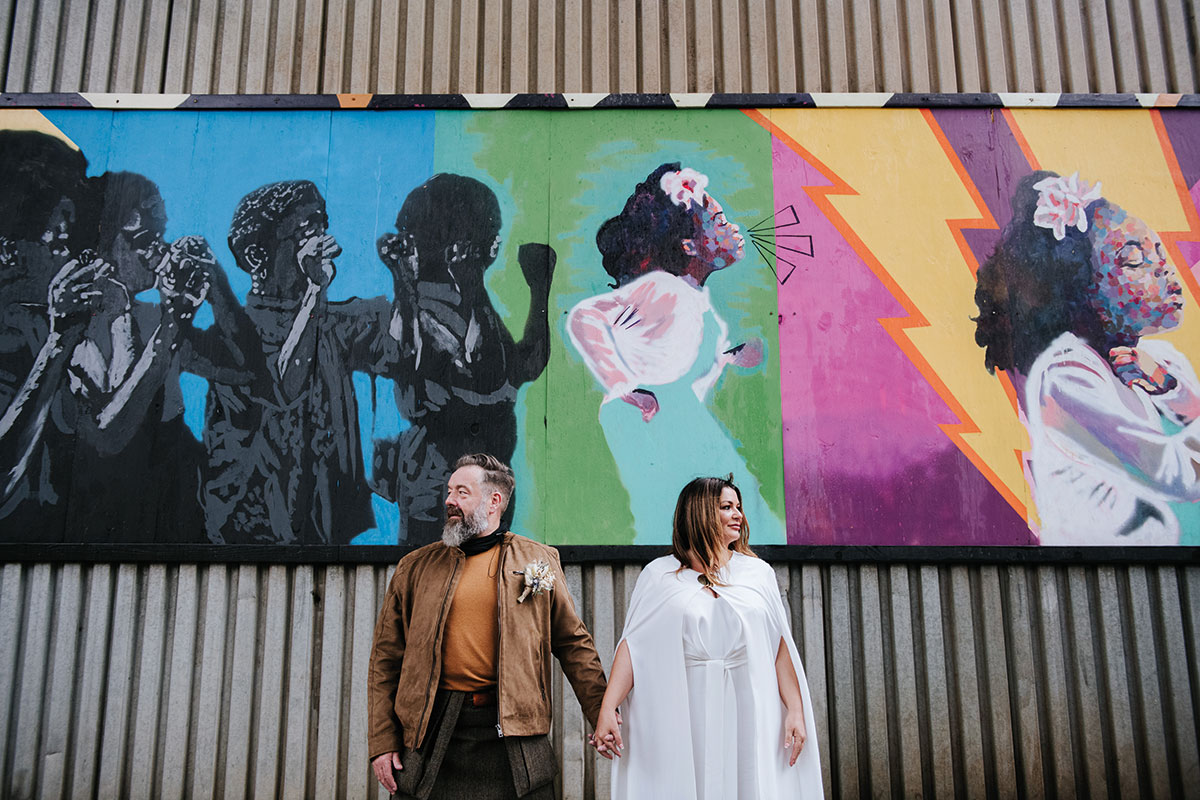 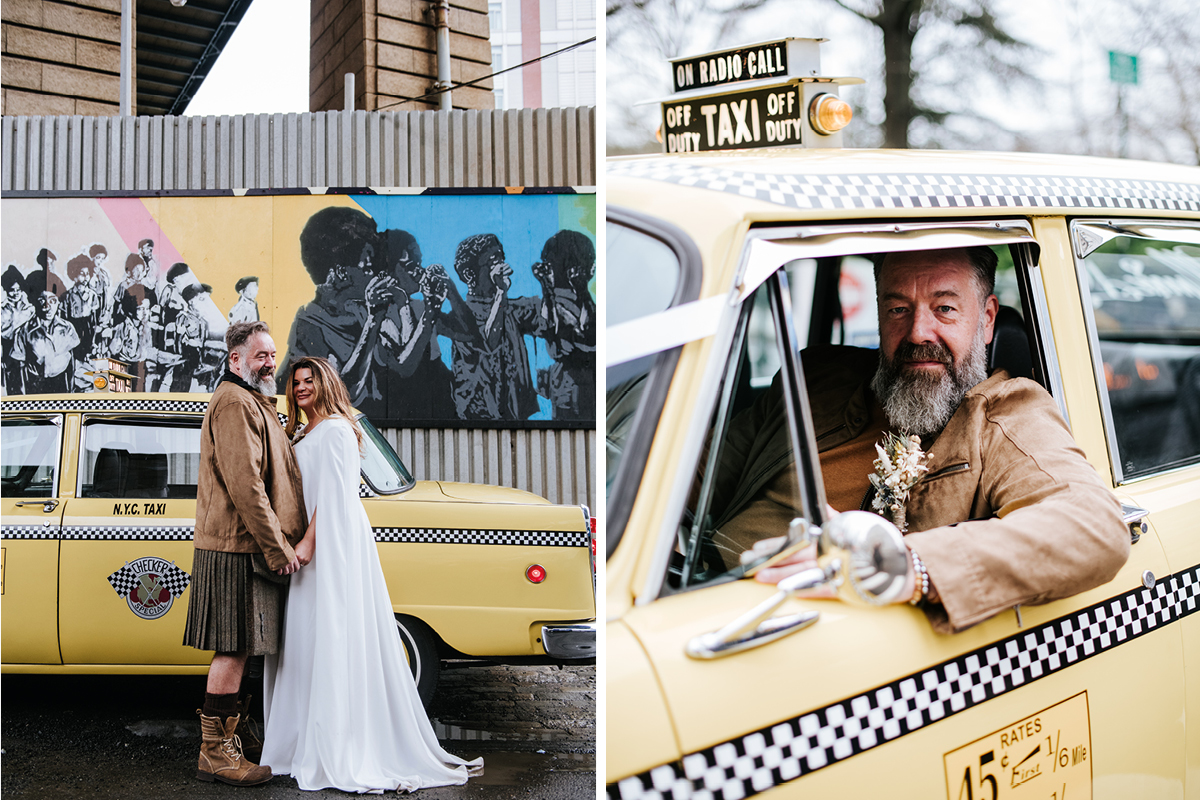 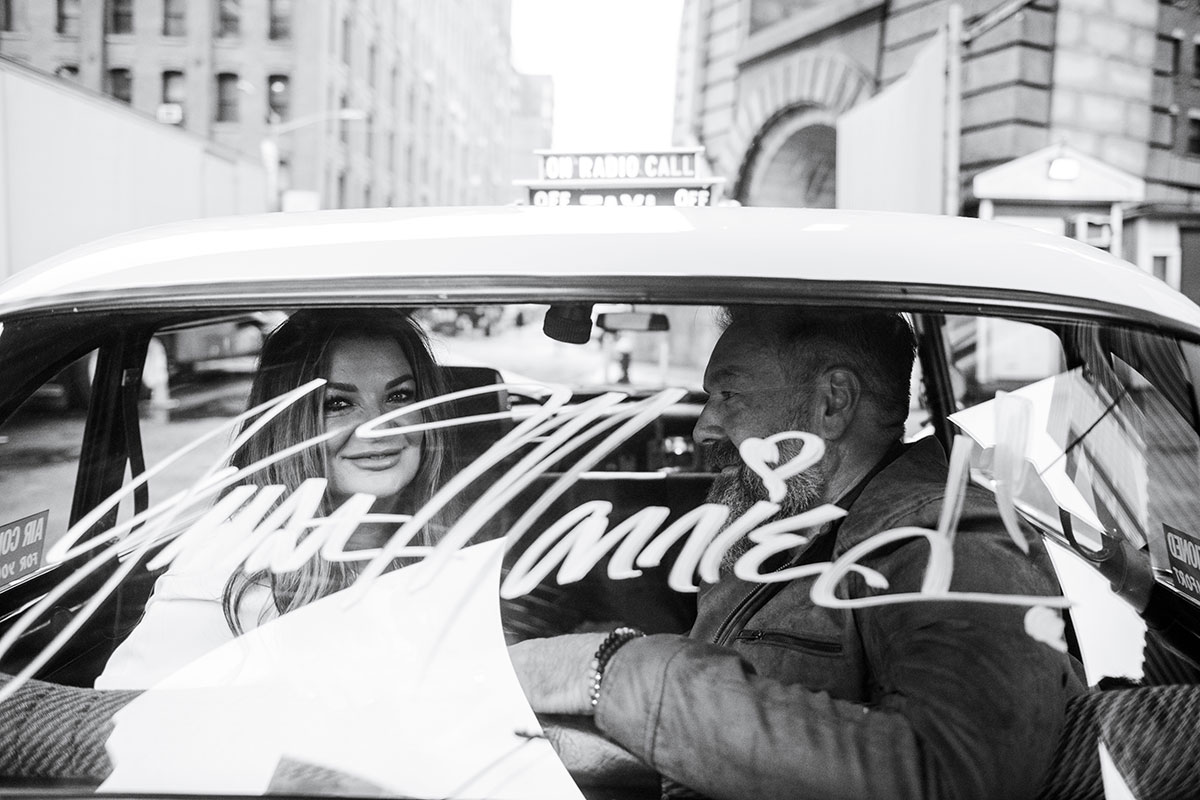 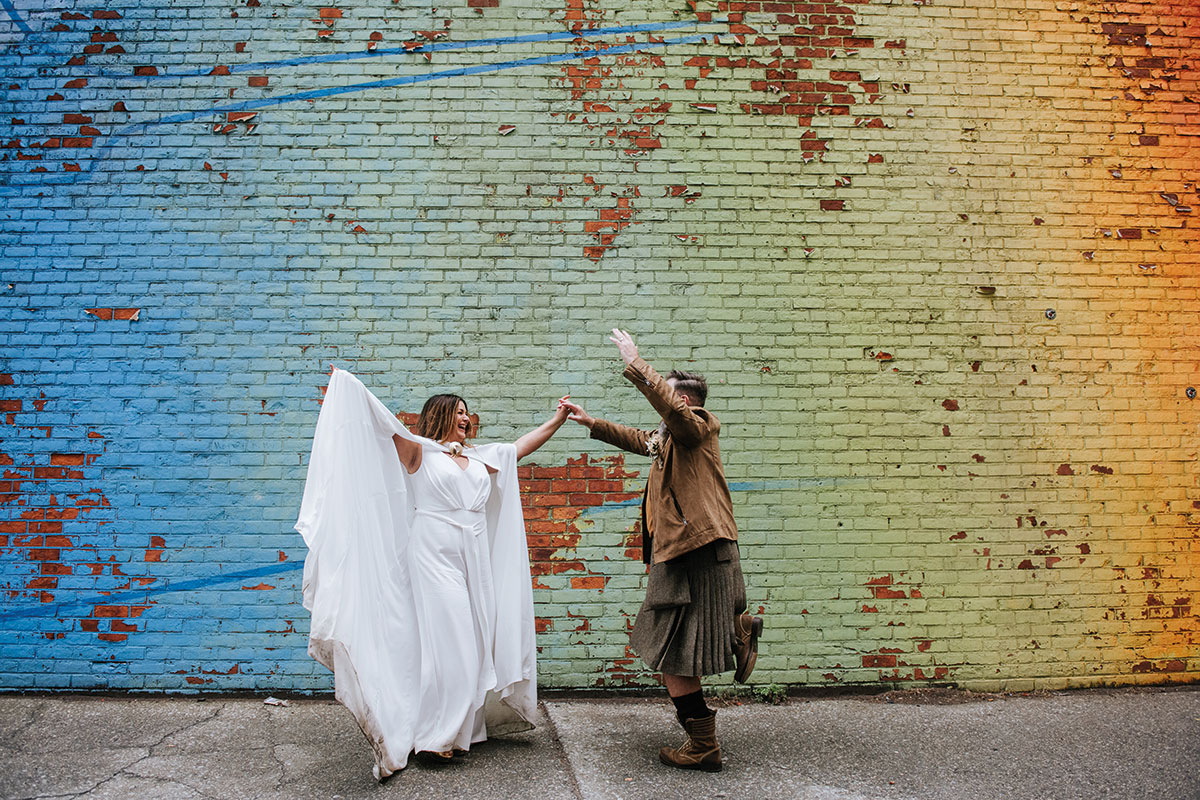 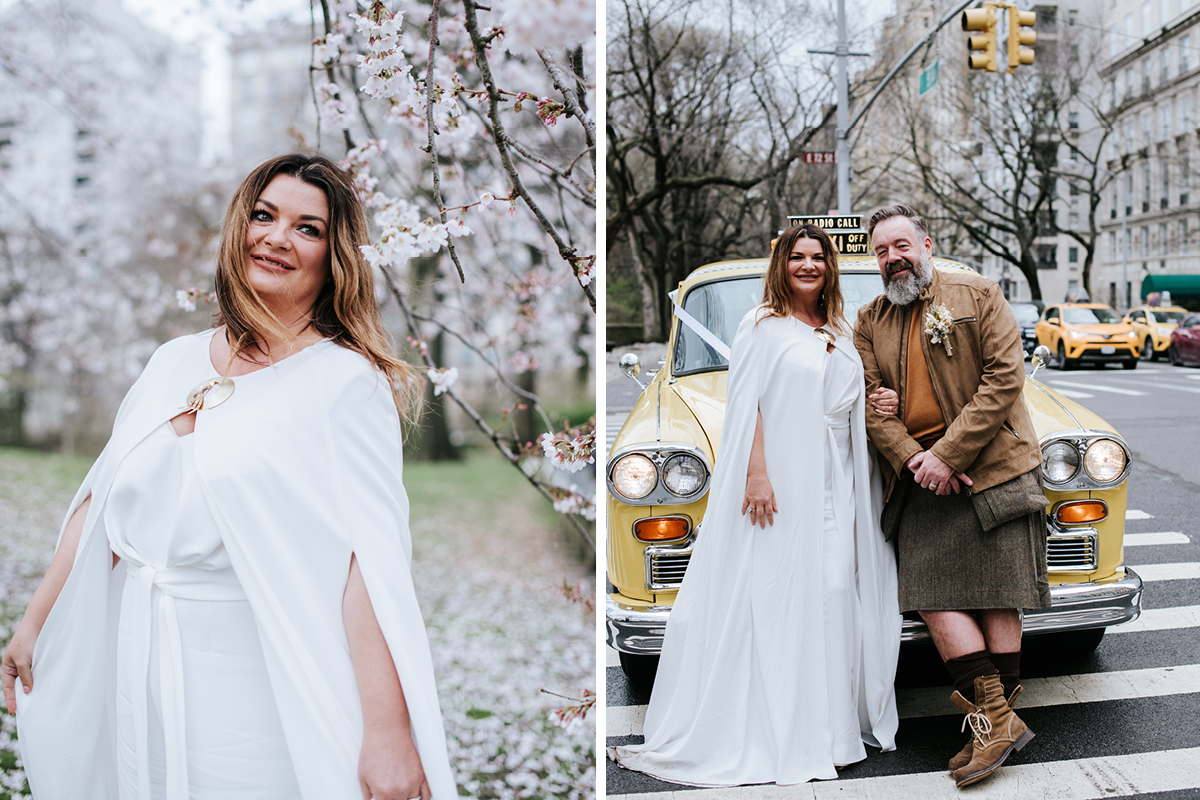 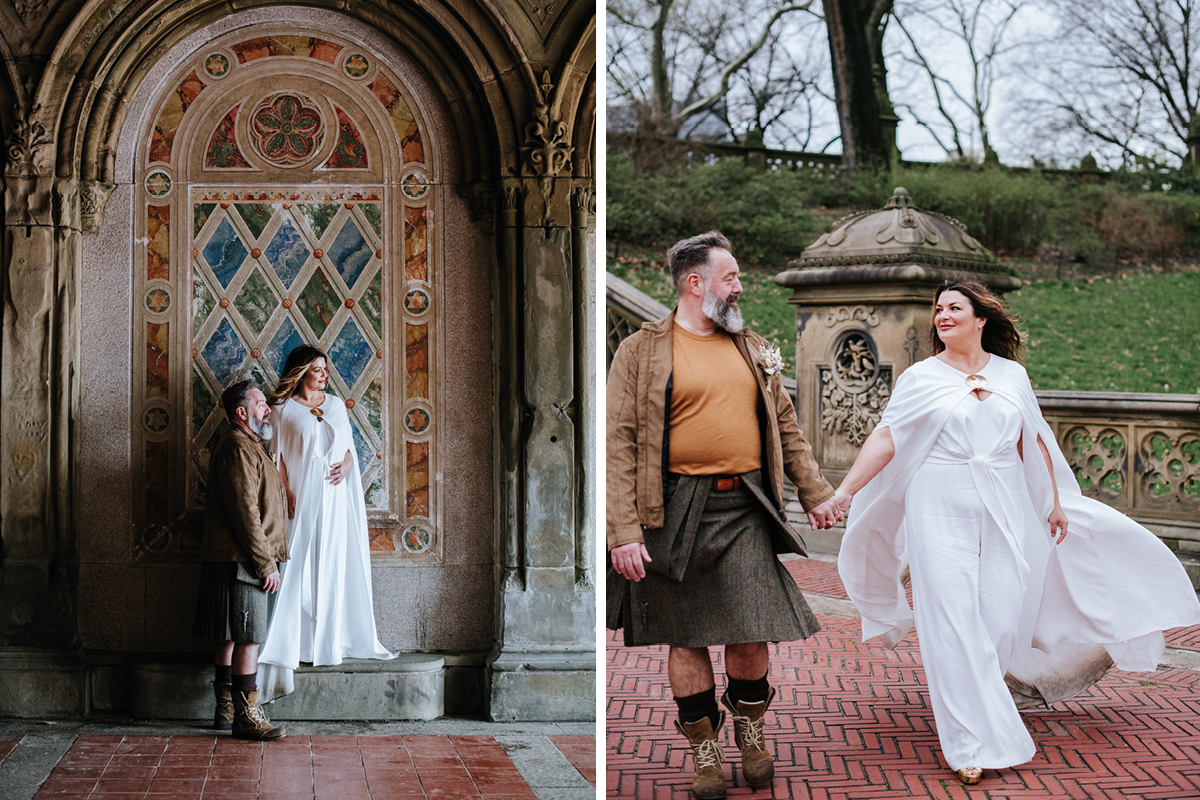 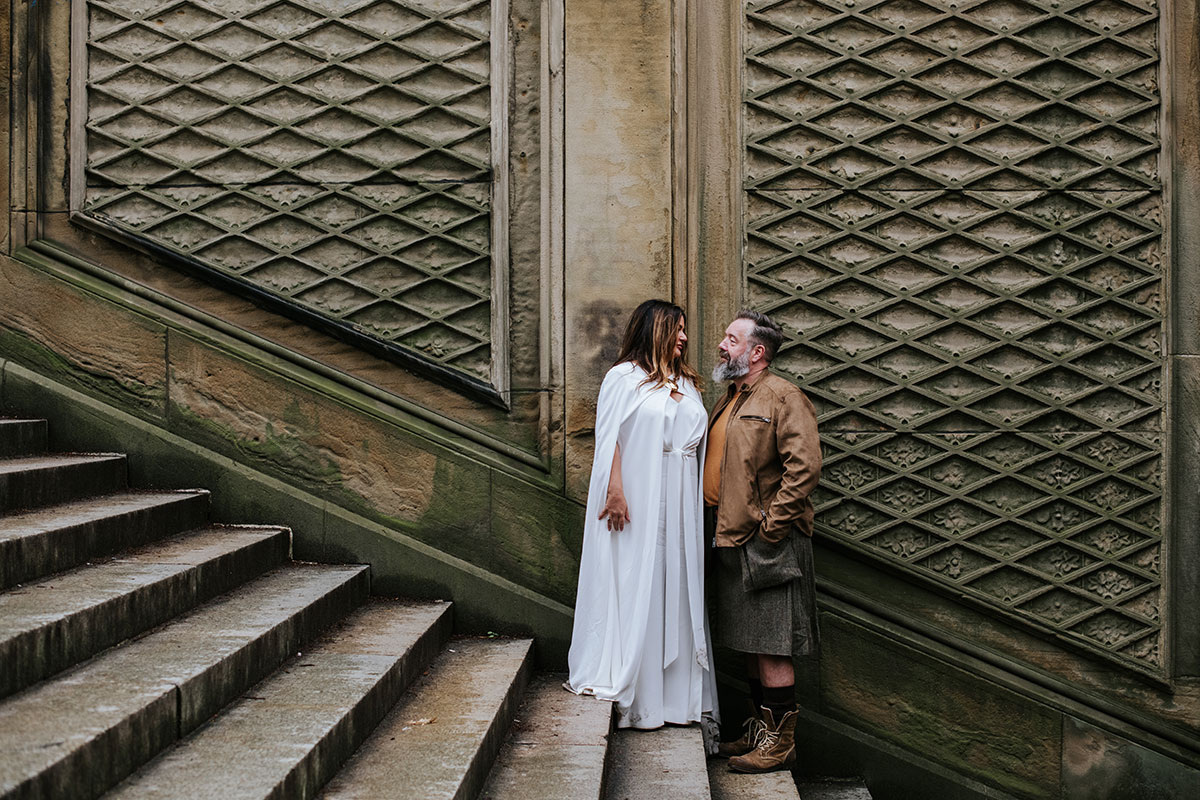 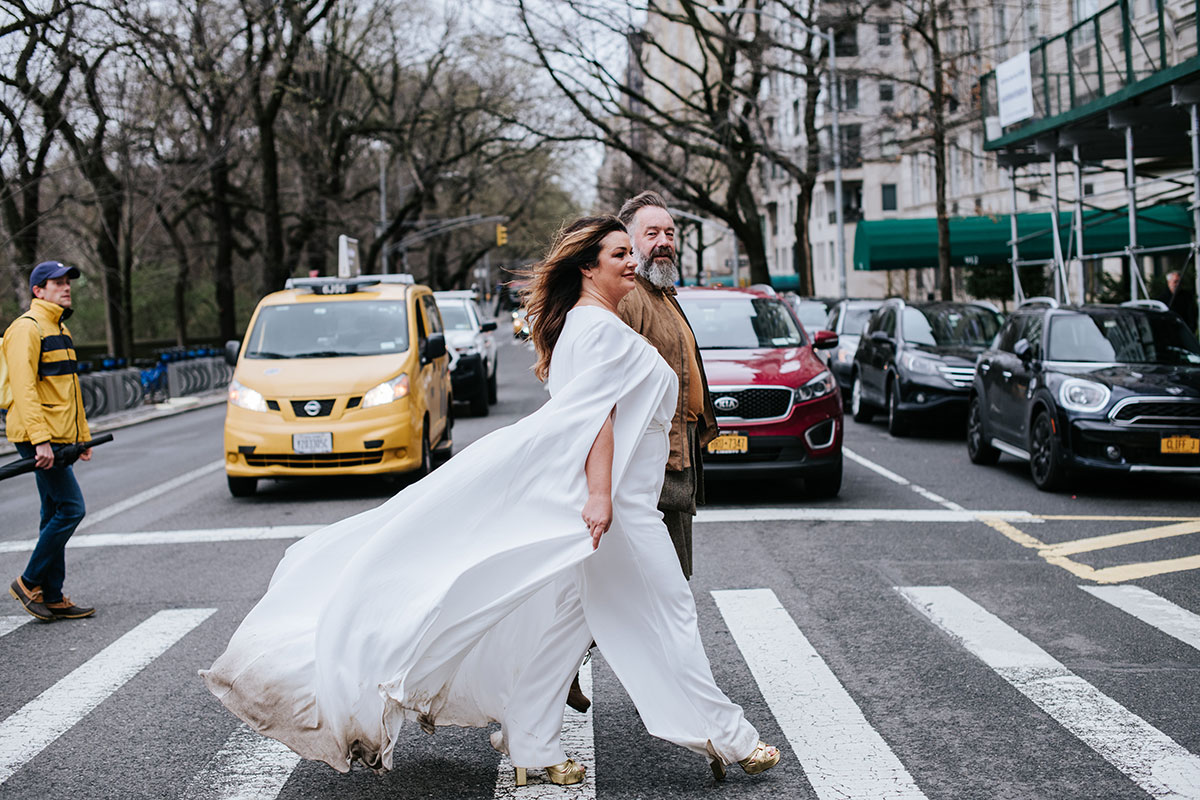 Thinking of booking a makeup trial before the big day? Why not schedule it for your hen do